“He escapes beyond the here and now. He hears that he murders Wagner or Puccini. He thinks that the High C makes our existence meaningful” – this is how Jacek Tomczuk announces his interviewee, Mariusz Treliński, in the latest issue of the Przekrój weekly. We would like to remind you that Treliński visited Krakow during last year’s edition of the Conrad Festival.

I would like to talk to you about your relation to reality...
– Then first, we have to define what reality really is.

Have you tried?
– I have. I try all the time... Krystian Lupa once said that he actually doesn’t remember what the sun looks like anymore, because he spends most of his time in the rehearsal room. I think that I spend more than four fifths of a year in a dark room, where I create my artificial worlds, which are just as real and important to me as what’s behind the window. Later, people respond to this fiction, they are moved or they hiss, they applaud or discuss. I sometimes think that this dark room is nothing else but my reality. (…)

What are you really interested in when it comes to art?
– Stories that result from reality, but their dimension becomes universal. Since I have been working abroad for the last 10 years, I have often presented the same performance in different places. The same story seen by Americans, who expect entertainment, by the nouveau riche audience of Saint Petersburg or the sentimental Spanish becomes a different story. (…) 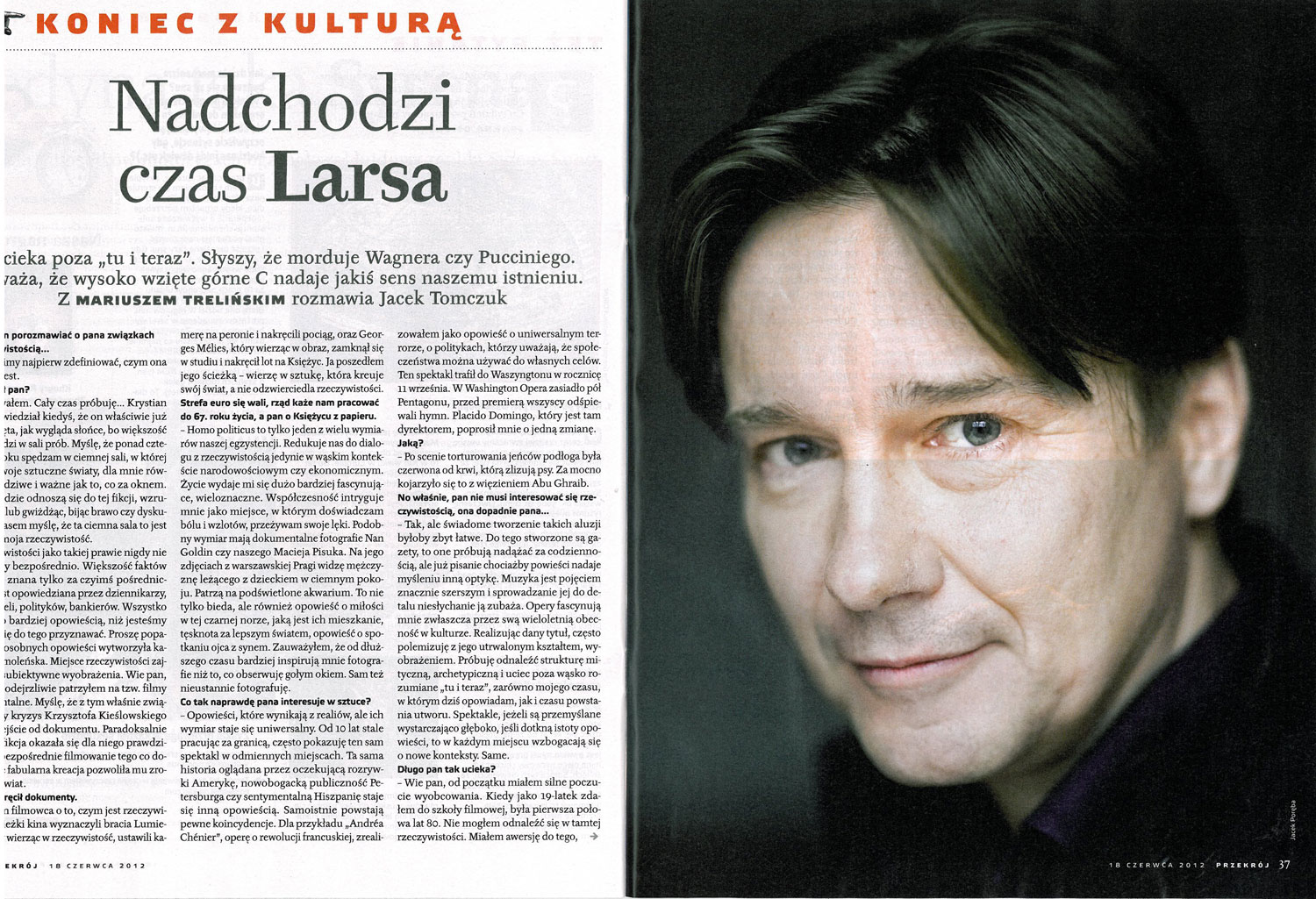 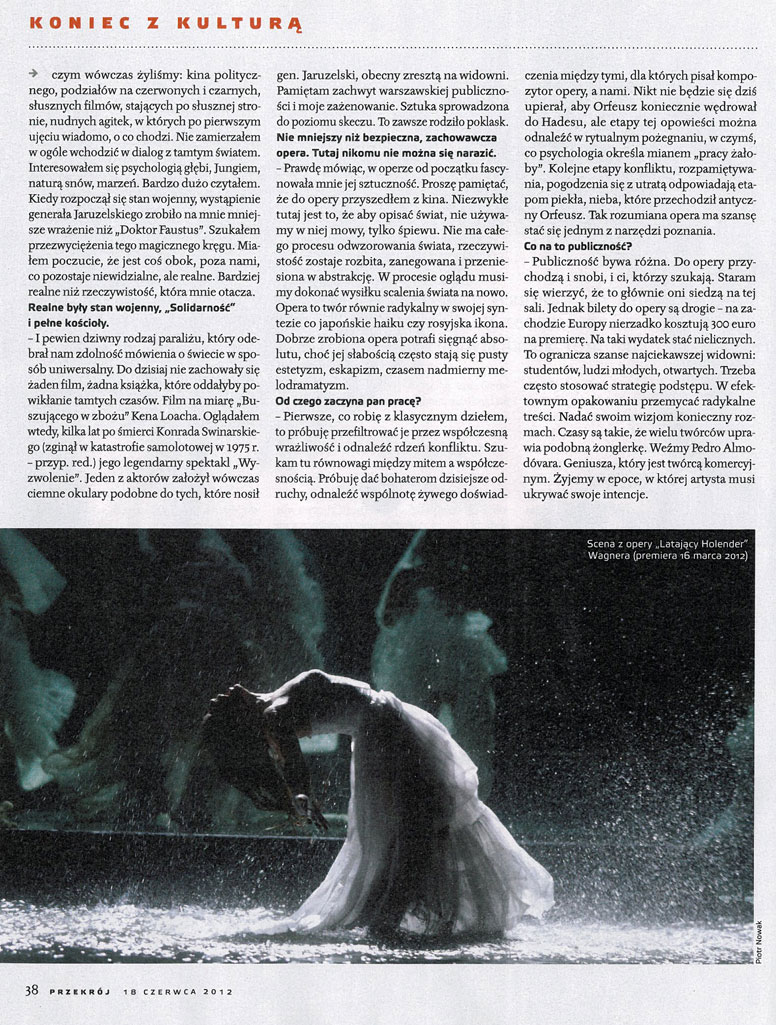 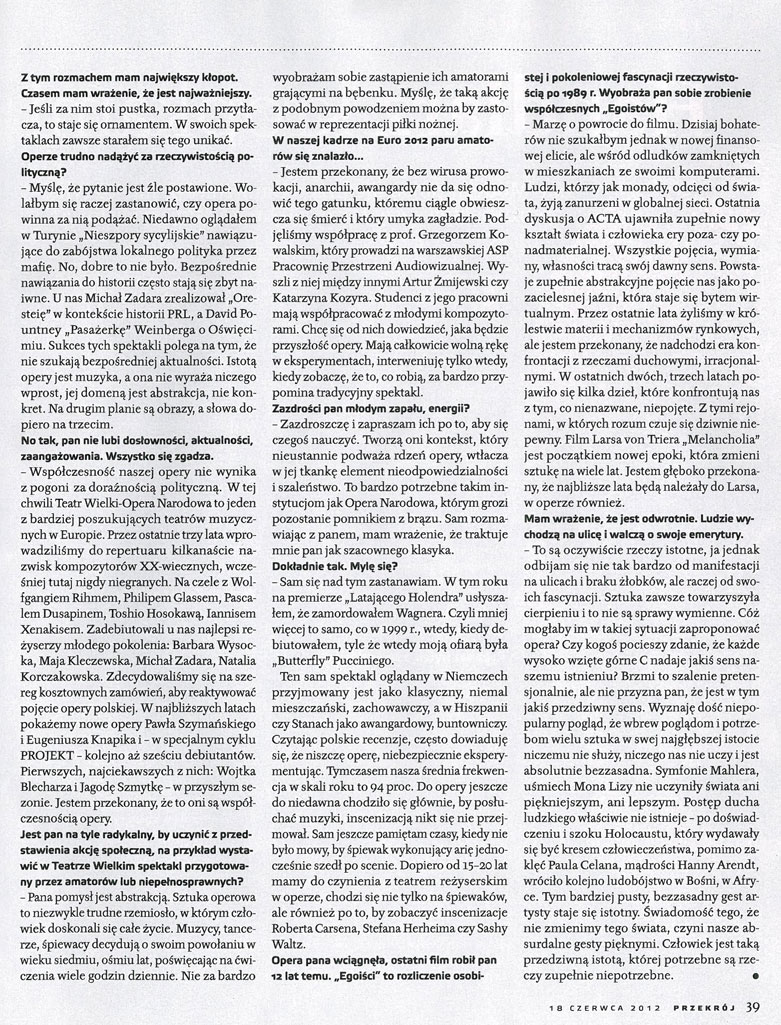