More than a hundred people flocked to the square in front of the Wyspianski Pavilion yesterday to participate in The Second Life of a Book campaign and swap ideal summer reads. They were not scared off even by the rain which quickly forced the organisers to move the event indoors. All participants equally helped rescue the books from getting soaked. We wouldn't have done this without you - thank you! 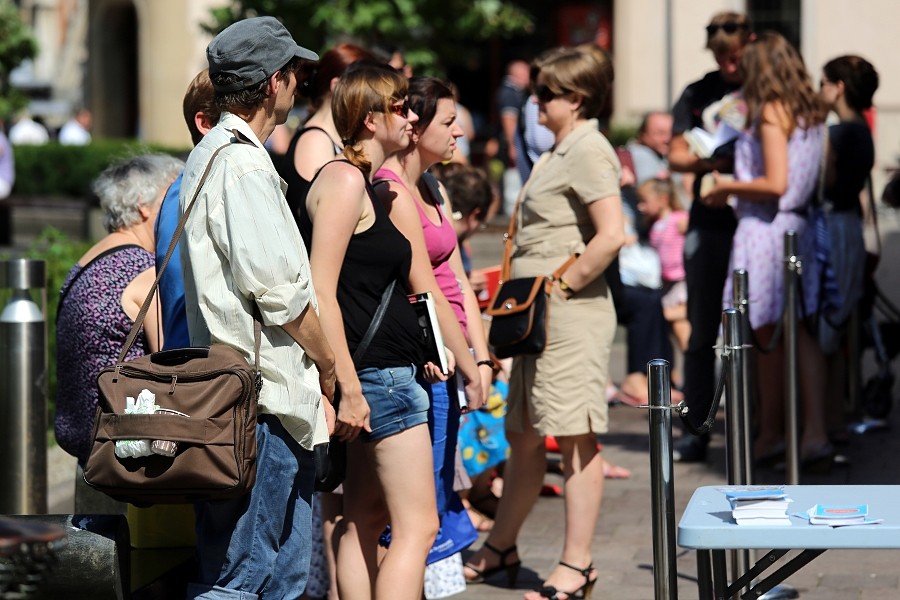 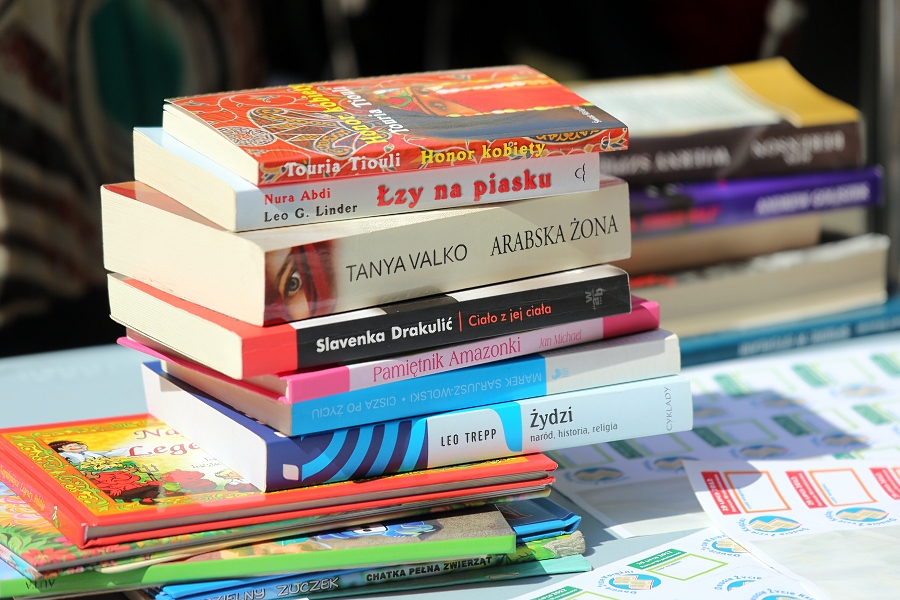 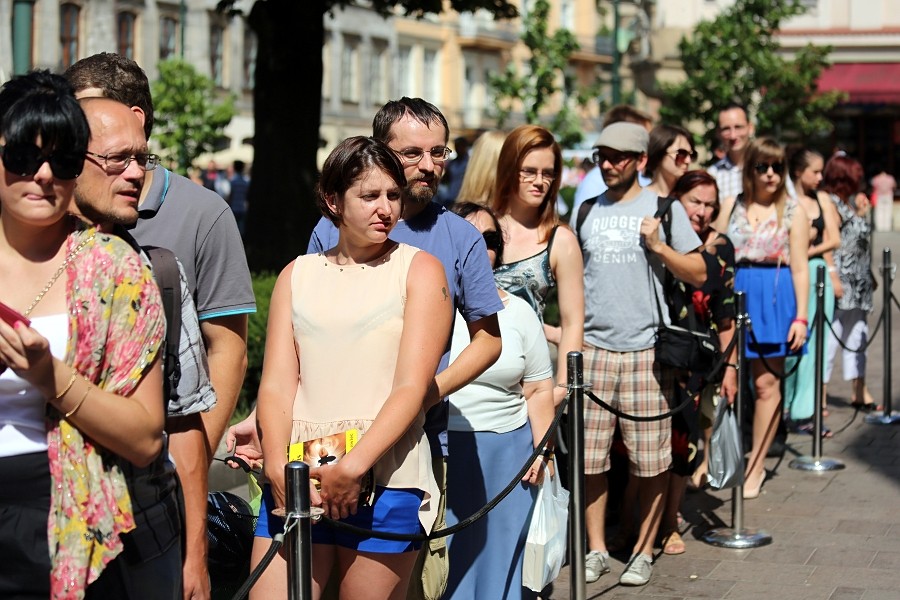 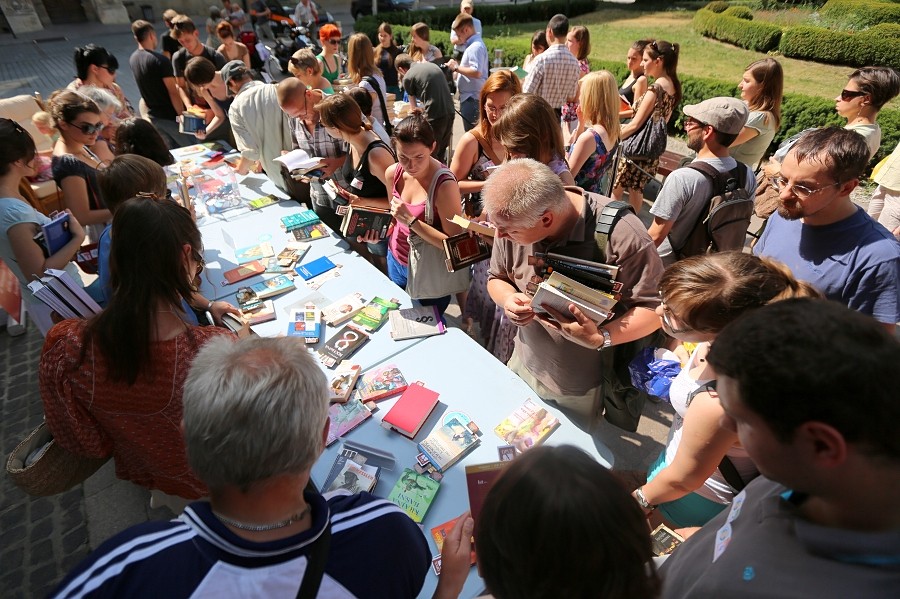 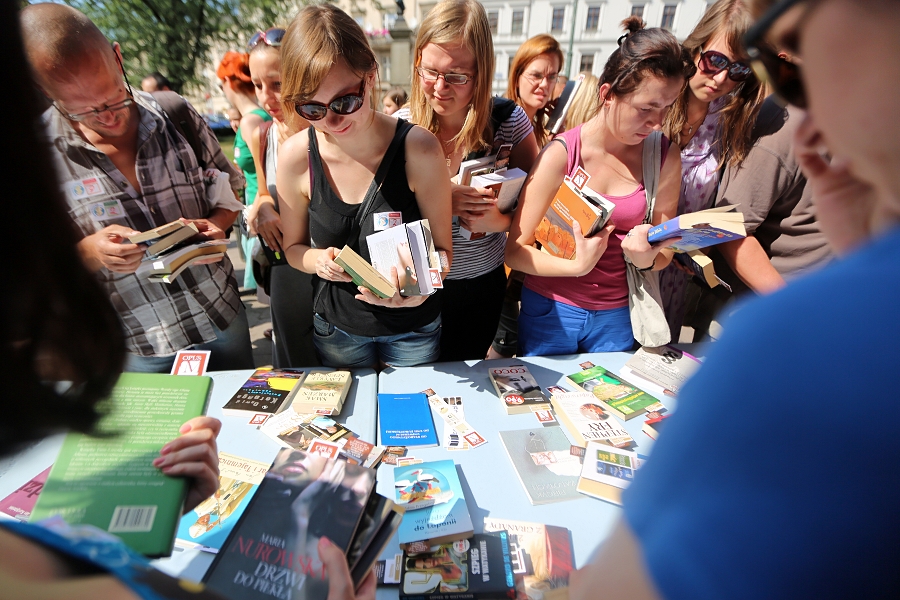 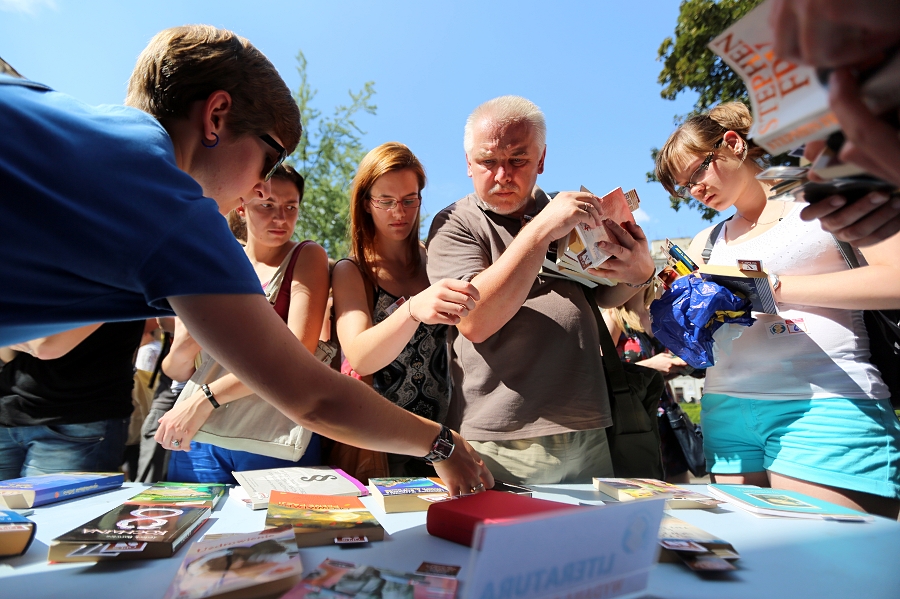 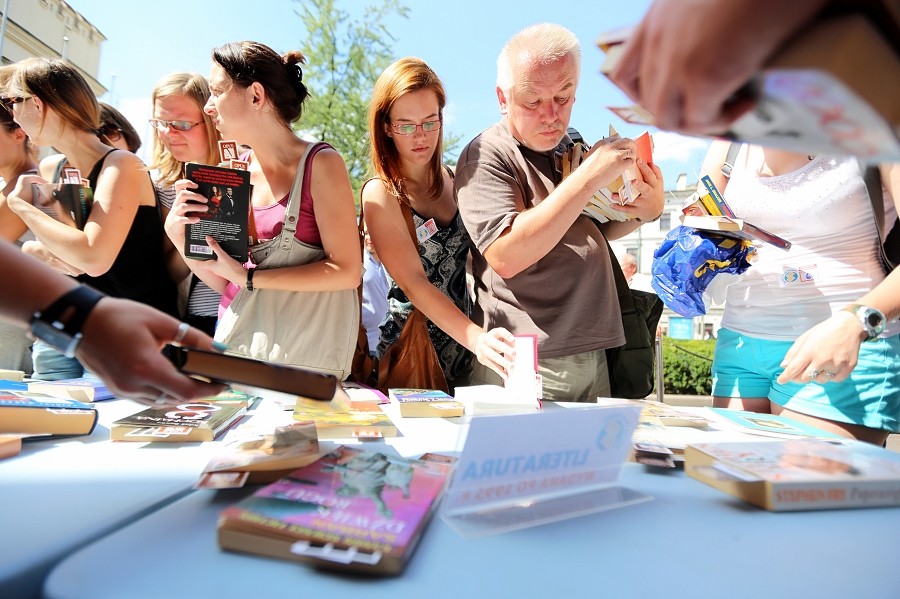 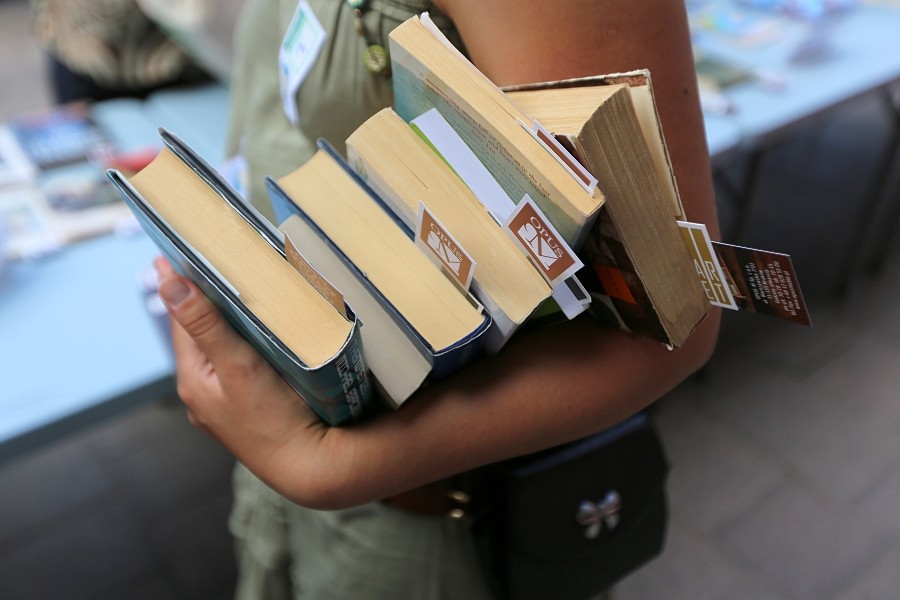 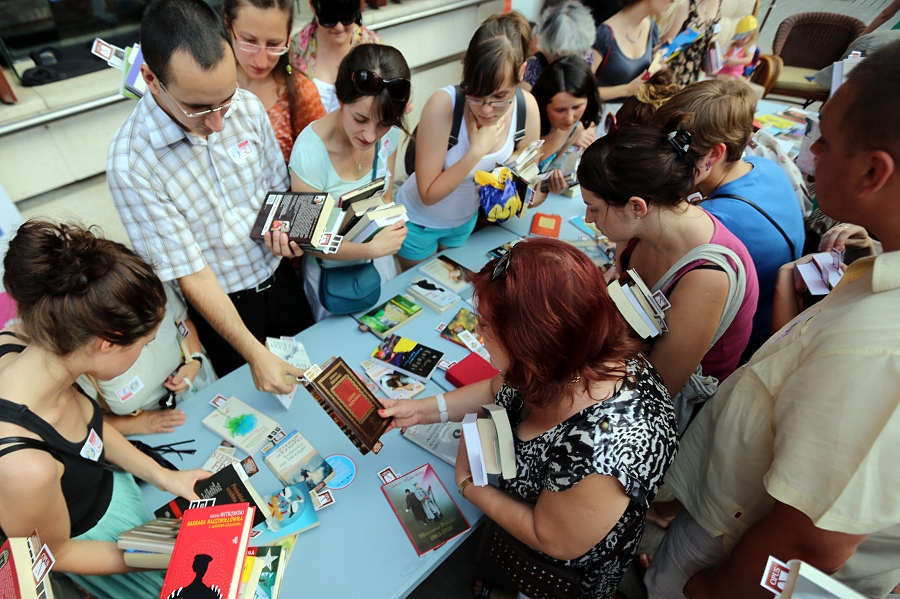 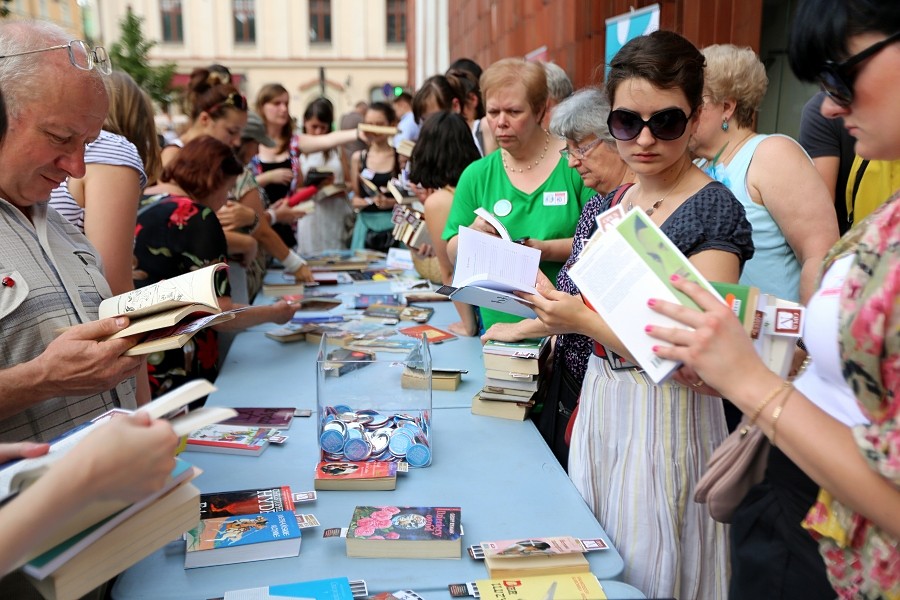 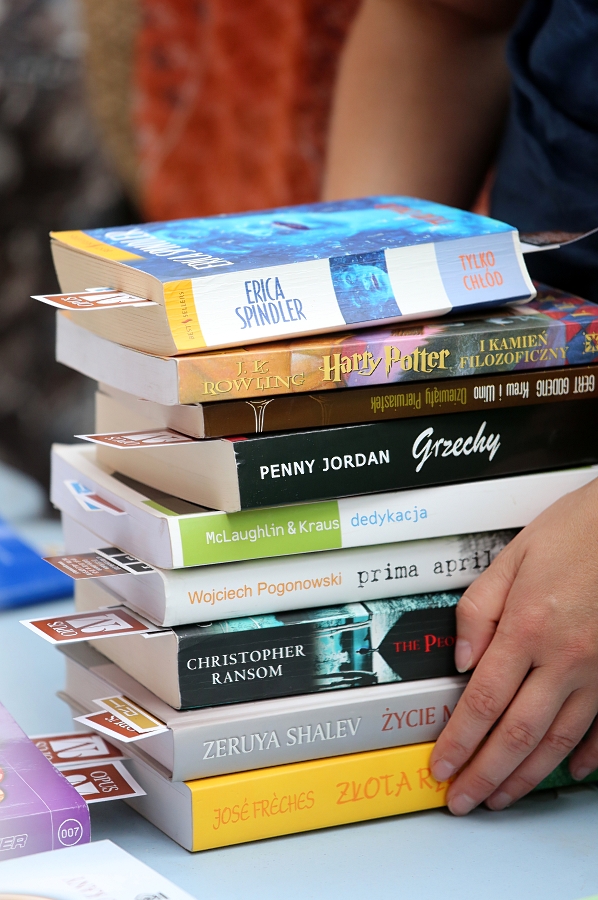 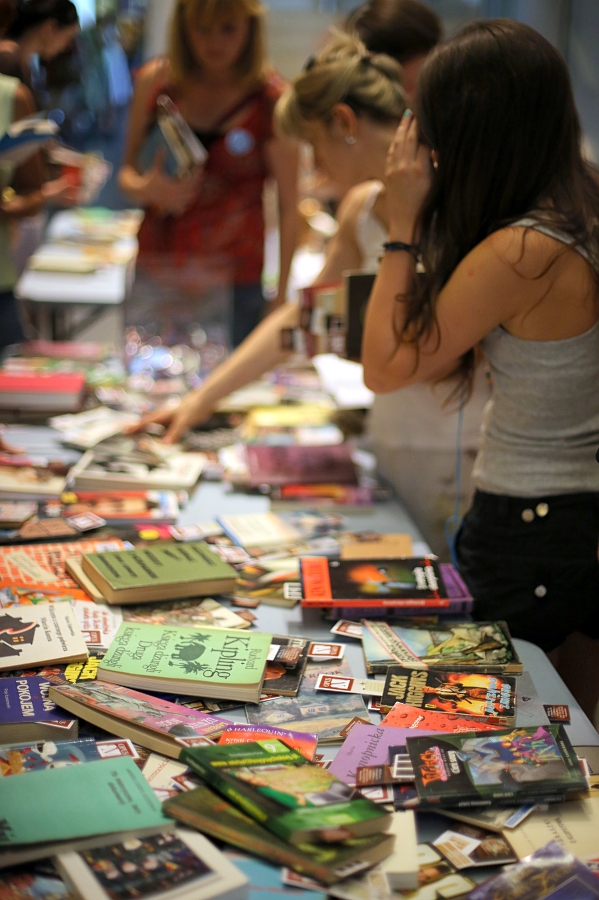 After the surprise attractions, the book swap went into full swing. It would not be an overstatement to say that Jerzy Pilch became the hit of this edition. When one of his books was spotted, as many as five people fought for it. It is more than likely that, once read, the volume will return to the swap in August.

In the meantime, we would like to invite all fantasy literature and Japanese manga cartoon lovers to join us for a book exchange in two weeks time, on Saturday, the 11th of August. We will be waiting for you in the hall of the Studio club (ul. Budryka 4) between 10:00 a.m. and 6:00 p.m., during the Krakon rally of fantasy literature aficionados, . Be there or be square!

The Second Life of a Book is a joint campaign of the Bookeriada portal and the Krakow Festival Office. Seven editions have been organised so far, attracting more than 1,000 participants; over 2,500 books have found a new home. Several hundred volumes have been donated to friendly libraries.

The campaign is organised in partnership with Gazeta Wyborcza, the RMF Classic radio, Strefa Wolnego Czytania and OPUS-M.