Orhana Pamuk’s visit to the Conrad Festival yesterday electrified literature buffs, not only in Krakow. Initially, everyone was wondering whether he would come at all, then, whether it would be possible to have a word with him, and whether he would sign his books. Just before 10 a.m .the Noble Prize winner arrived at Krakow’s Balice Airport.

First, at 2 p.m., he met with journalists in Sala Mehofferowska (Mehoffer Room) of the Wydawnictwo Literackie publishing house that has published 11 of his books. Certainly, he was questioned about the Prize: – Life >as Nobel Prize-winner is a great joy. The translations, for example. Before the Prize my works were translated into 46 languages, now the number grew to 62. Therefore, I have more readers around the world. It is a big responsibility, but also a joy of writing literature that evokes good feelings. The Nobel Prize is something amazing. I recommend it to everyone – said Pamuk. 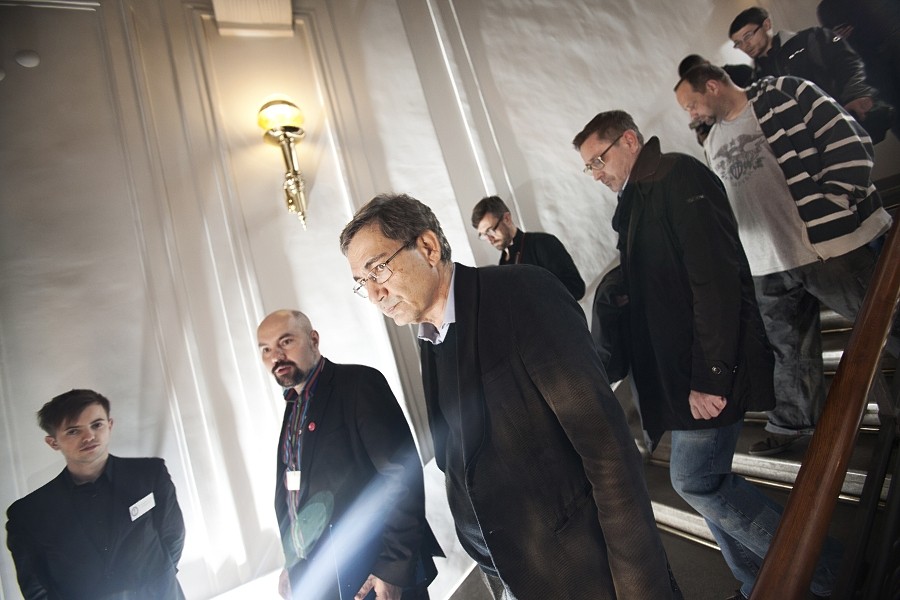 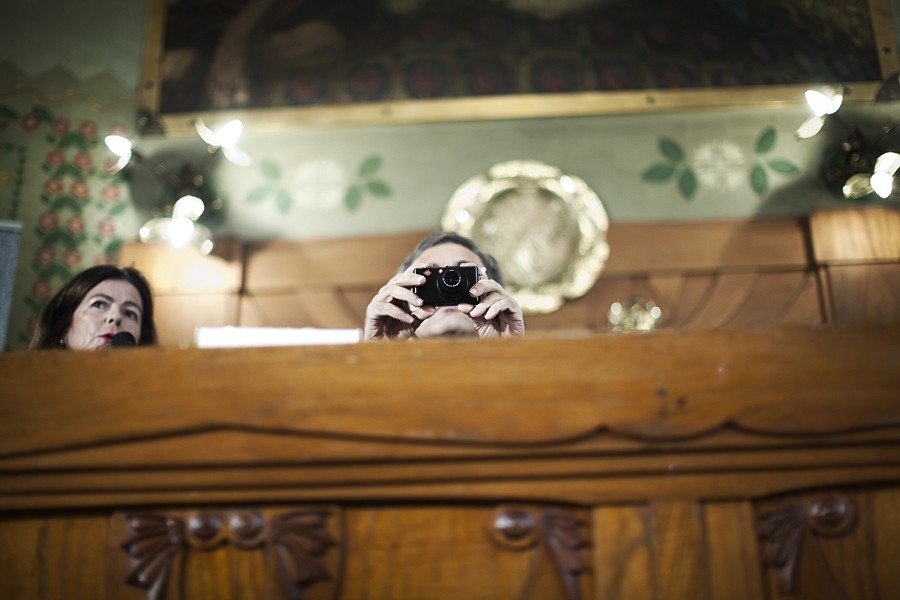 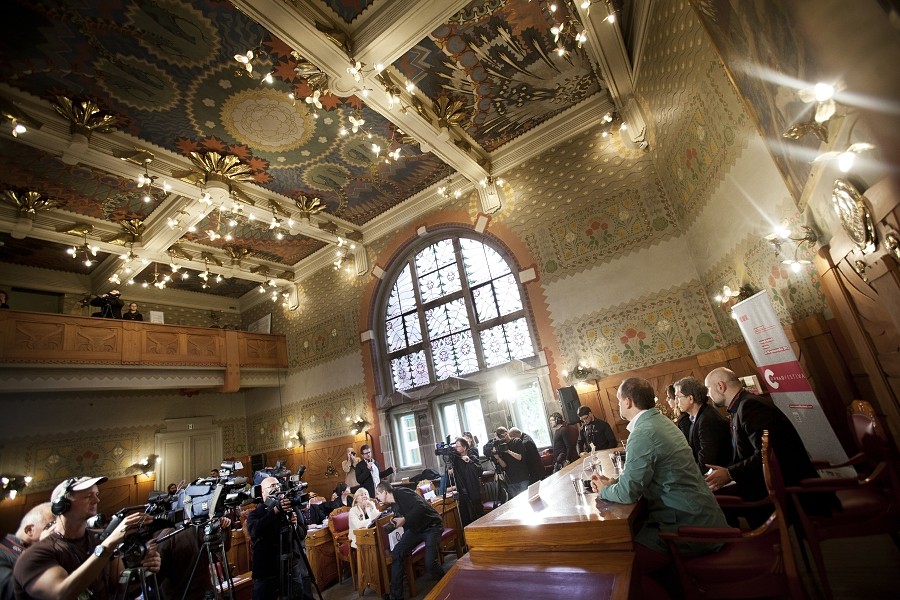 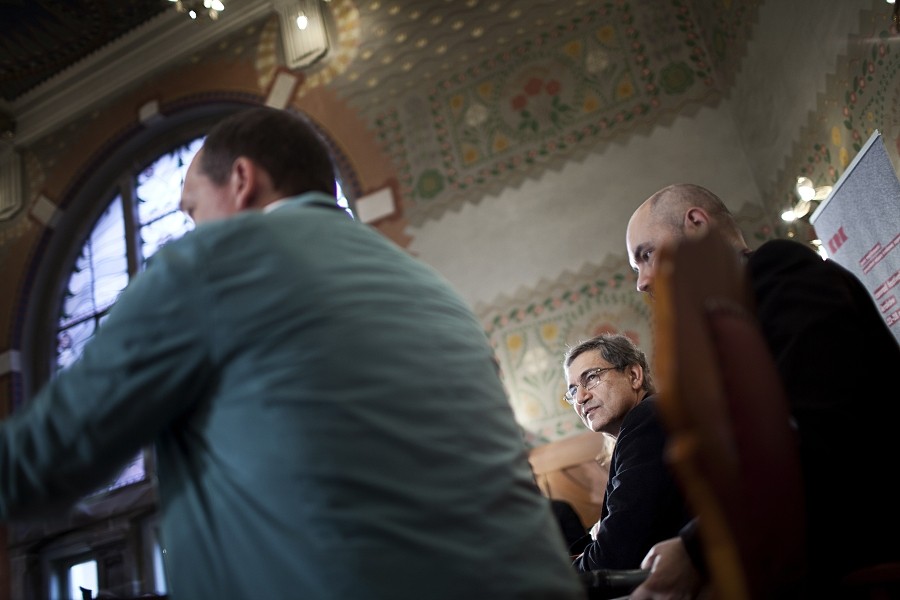 Following the meeting, Orhan Pamuk decided to go for a walk. He started with... the old farmer’s market of Stary Kleparz. On Market Square he visited St Mary’s Basilica, and St Barbara Church, listened to Hejnał Mariacki (bugle call) at 5 p.m. and visited the Gallery of the 19th-Century Polish Art at the Cloth Hall, the Museum at the Szołayski House, and the >Manggha Museum of Japanese Art and Technology.

In the evening, at Auditorium Maximum of the Jagiellonian University, the writer was greeted by over one thousand people. They were not disappointed. Orhan Pamuk answered questions for a long time, and, after the meeting, signed his books. 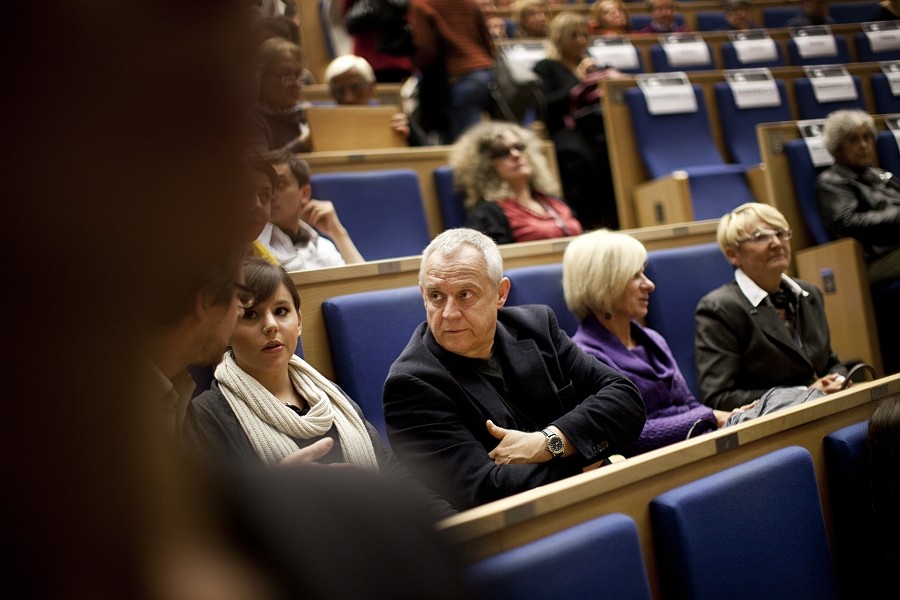 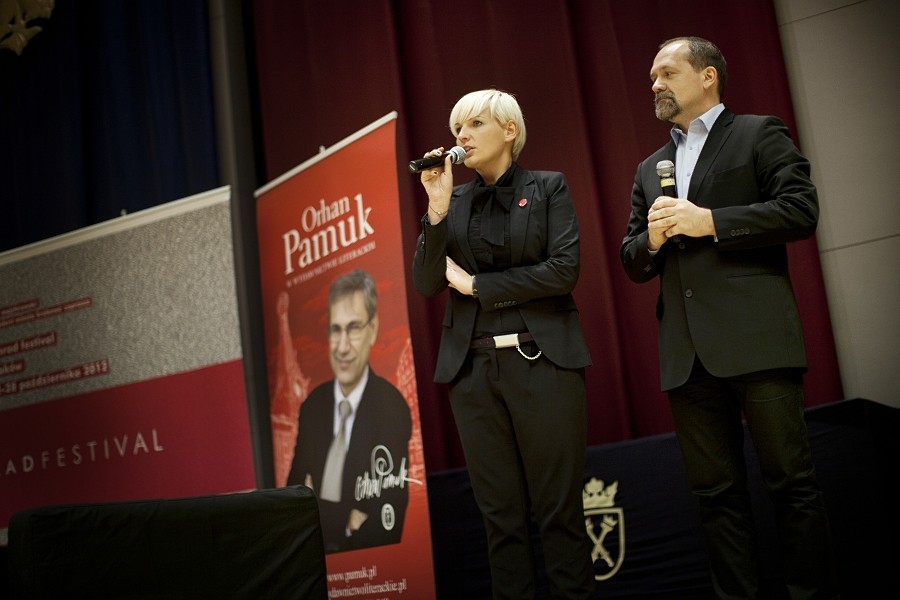 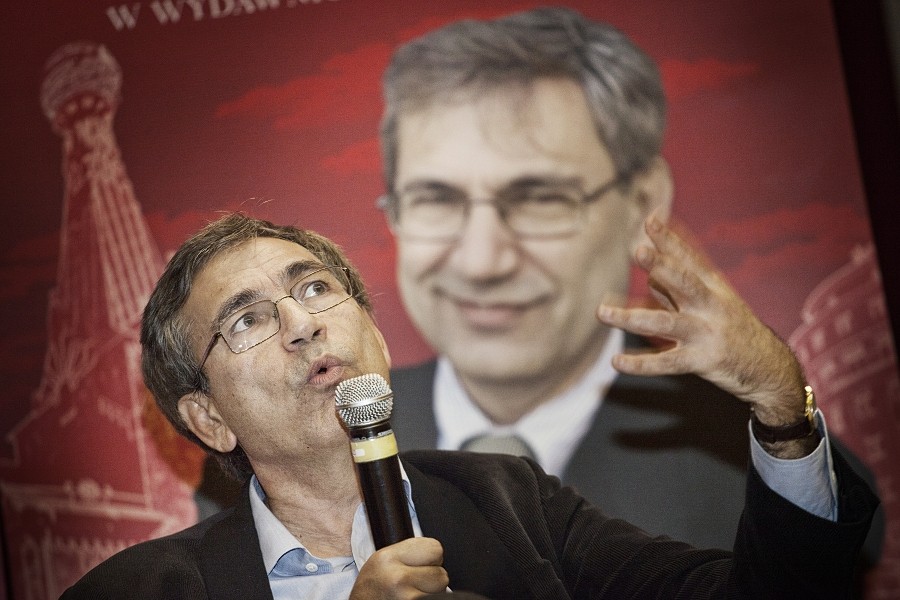 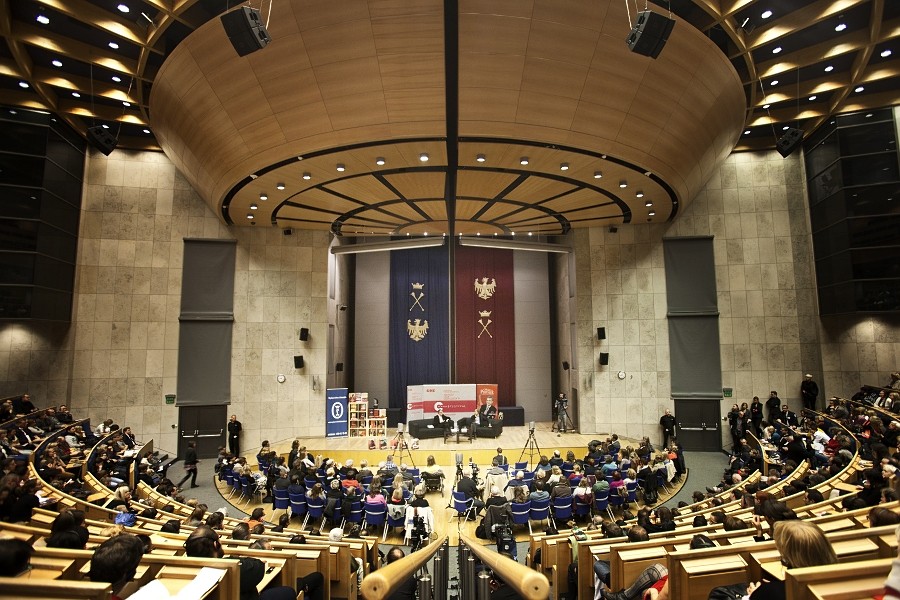 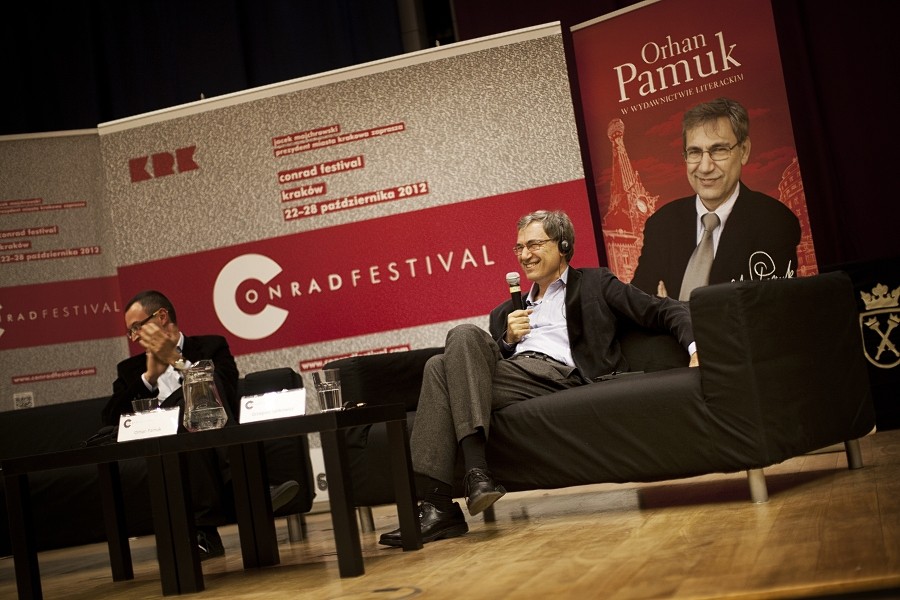 More literary meeting are planned today: at 12 p.m. with Jack Dehnel, at 2 p.m.– with Dorota Masłowska, and at 4 p.m. – with Eustachy Rylski. At 6 p.m. Professor Michał Paweł Markowski, the Artistic Director of the Festival will host a meeting with Robert D. Kaplan, and at 8 p.m. Jeanette Winterson will meet her readers. Traditionally, the Festival Centre at Pod Baranami Palace (Market Square 27) is the venue of all the events.

At 8 p.m. fragments of poems by Piotr Sommer will be projected on the Town Hall Tower, and at 9:30 p.m. Werner Herzog’s film Stroszek will be shown at Pod Baranami Cinema (as a part of the Other Worlds of Werner Herzog film review).

See the gallery of photos from yesterday’s events. 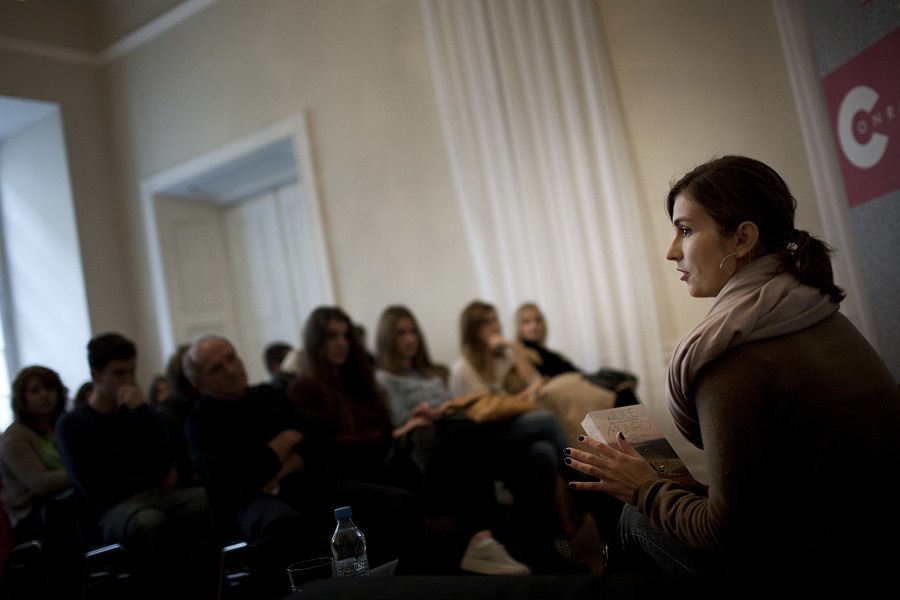 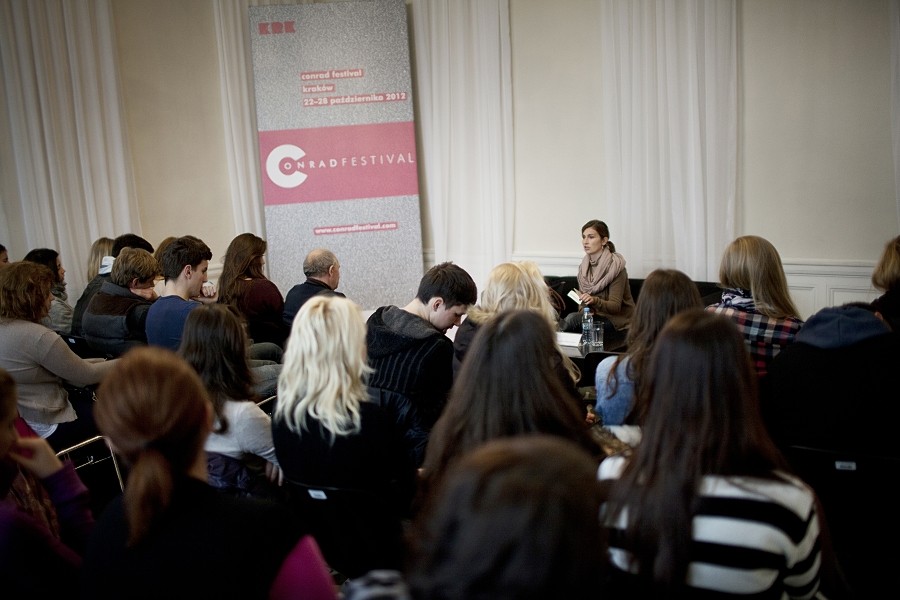 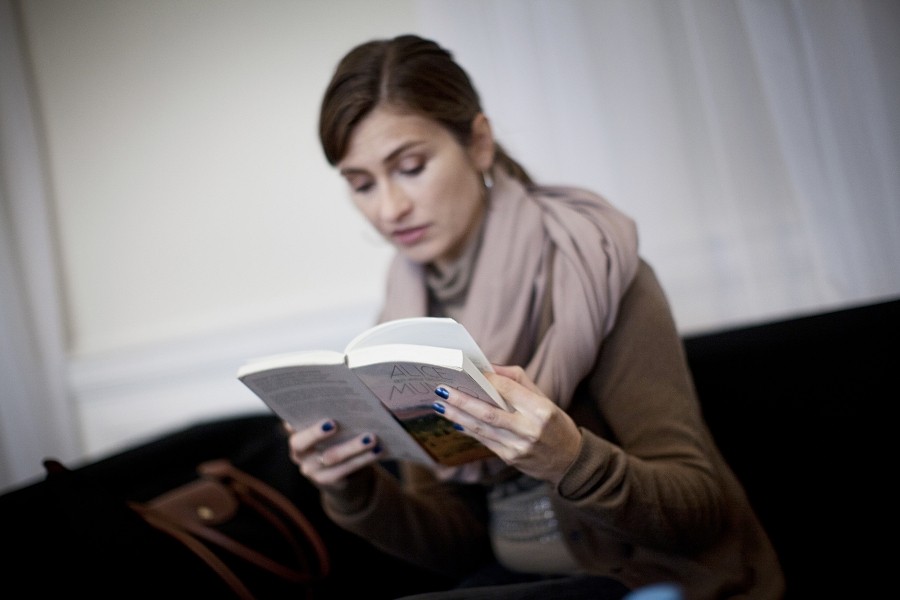 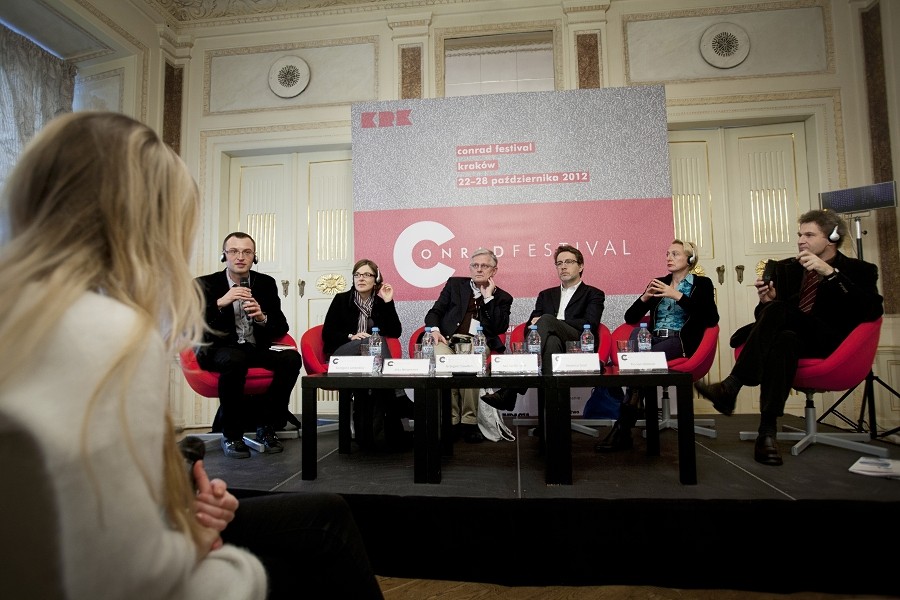 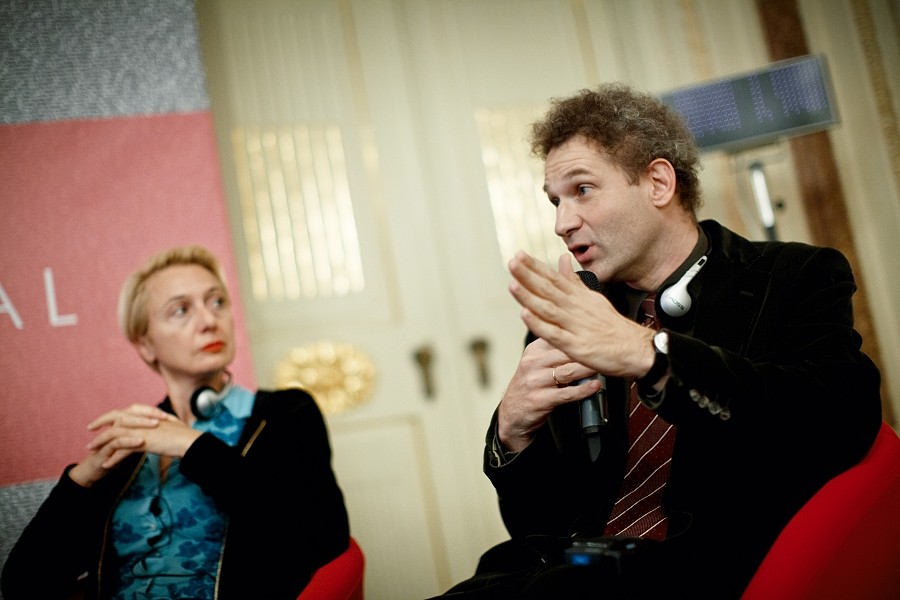 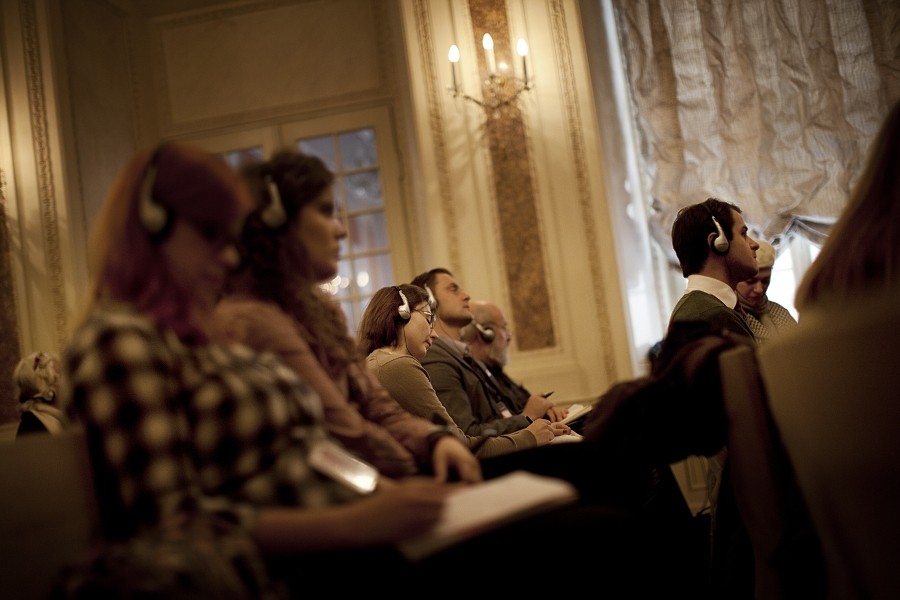 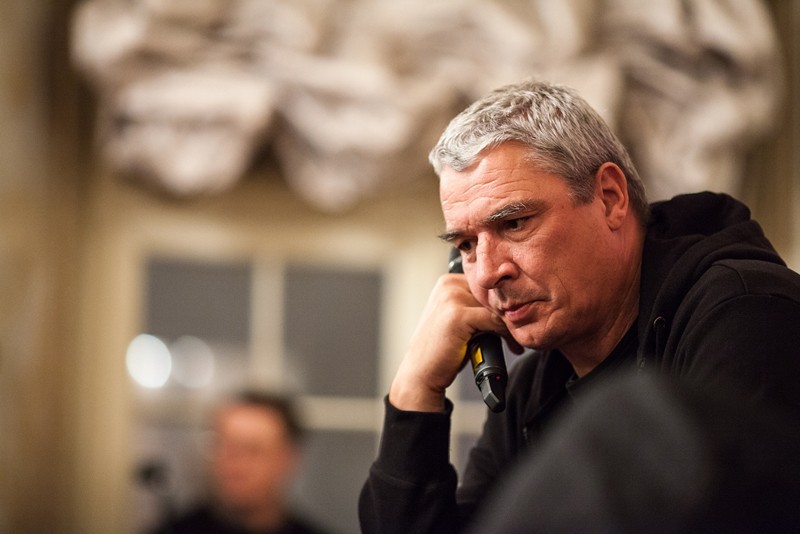 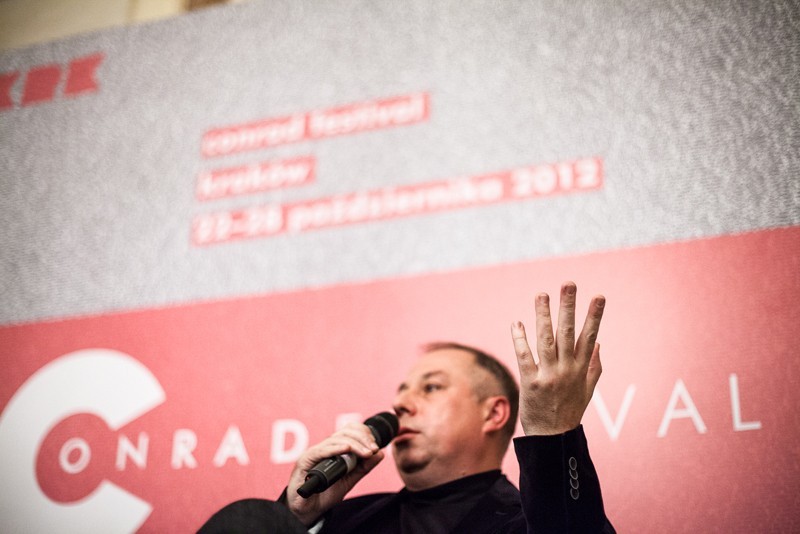 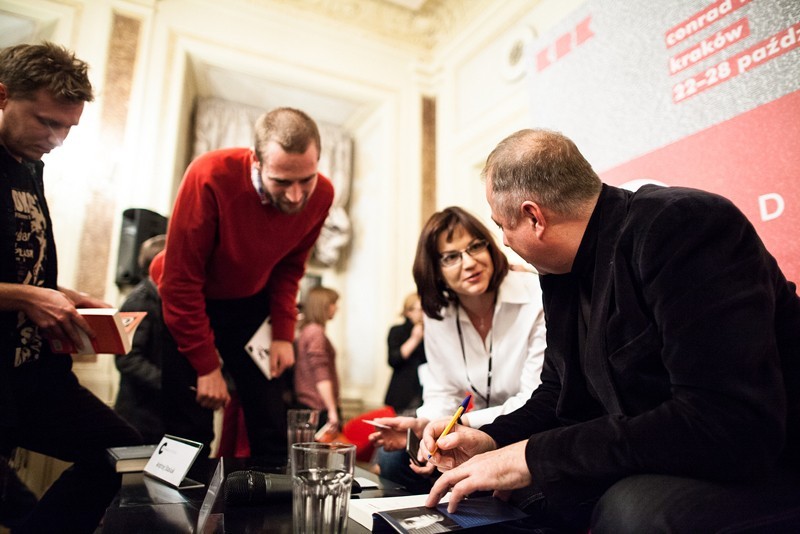 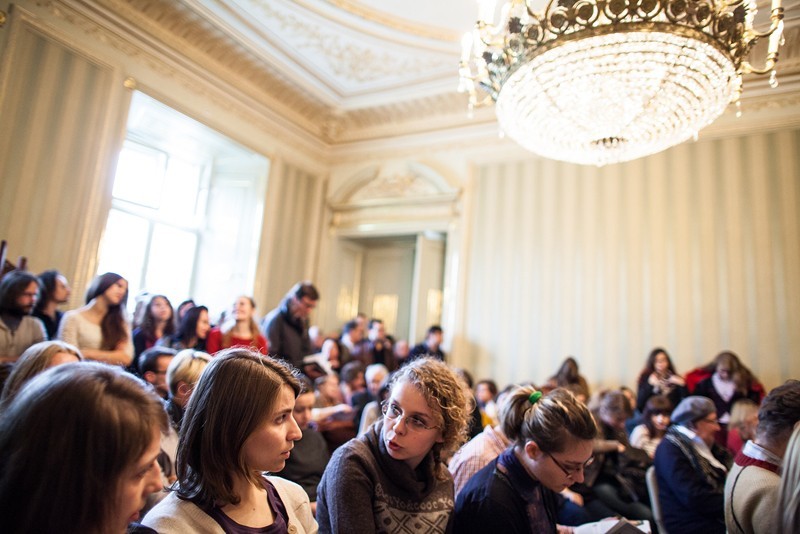 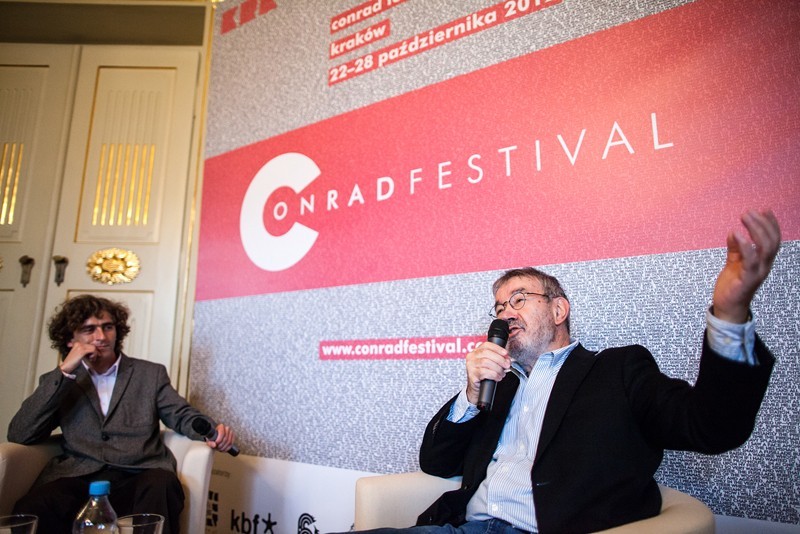 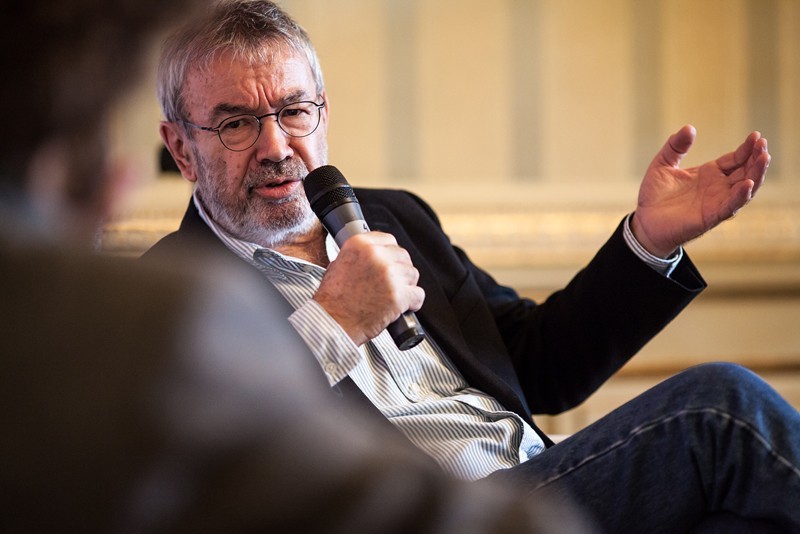 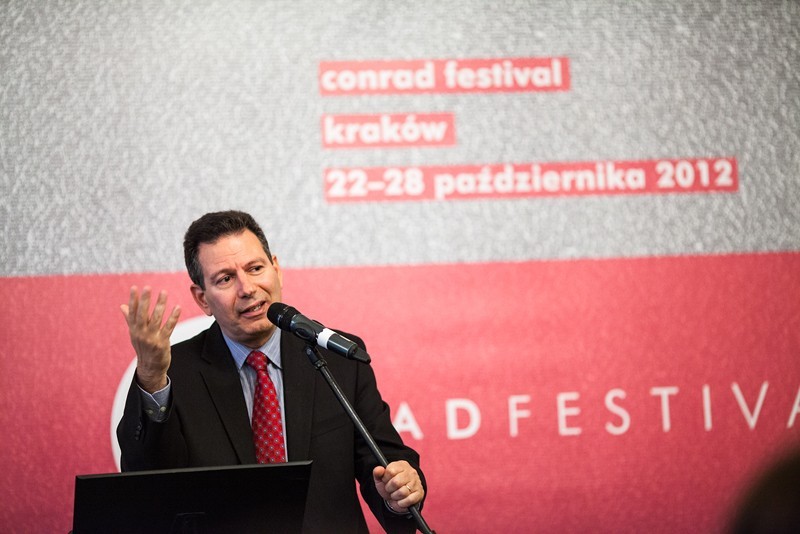 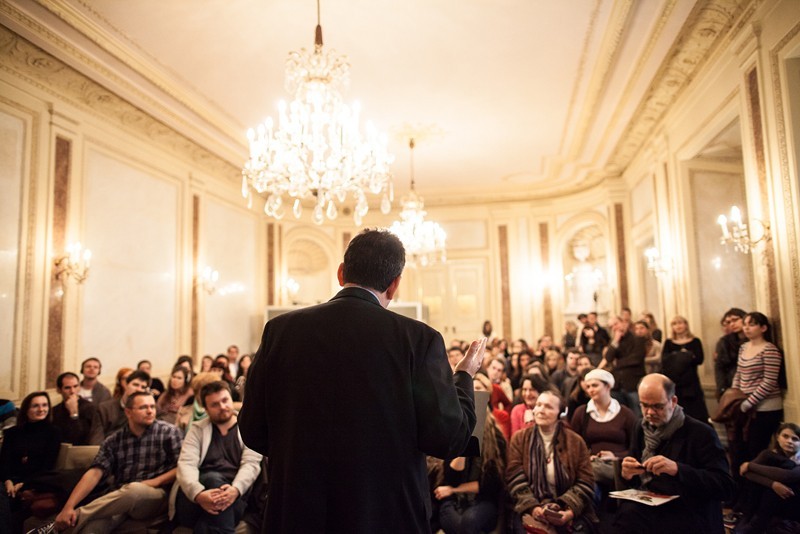 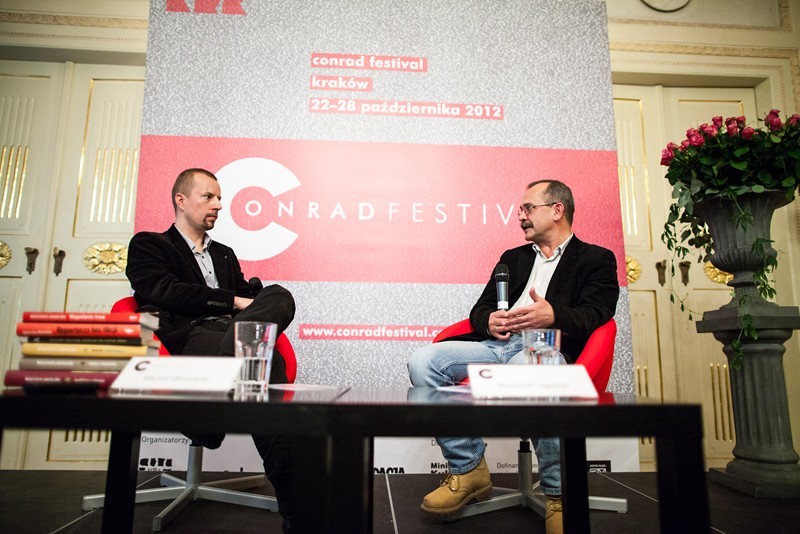 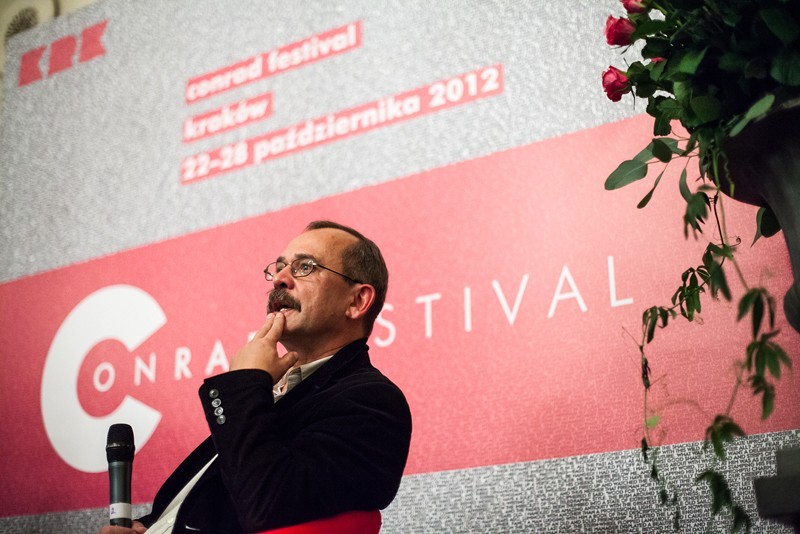 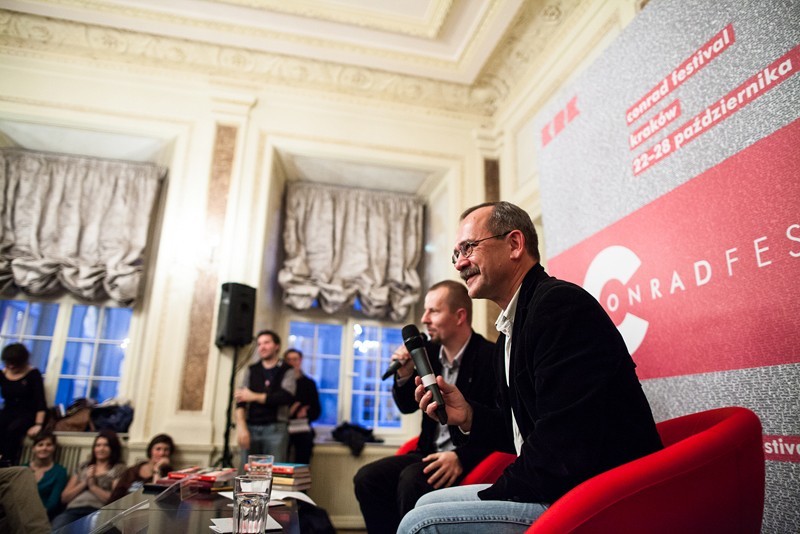 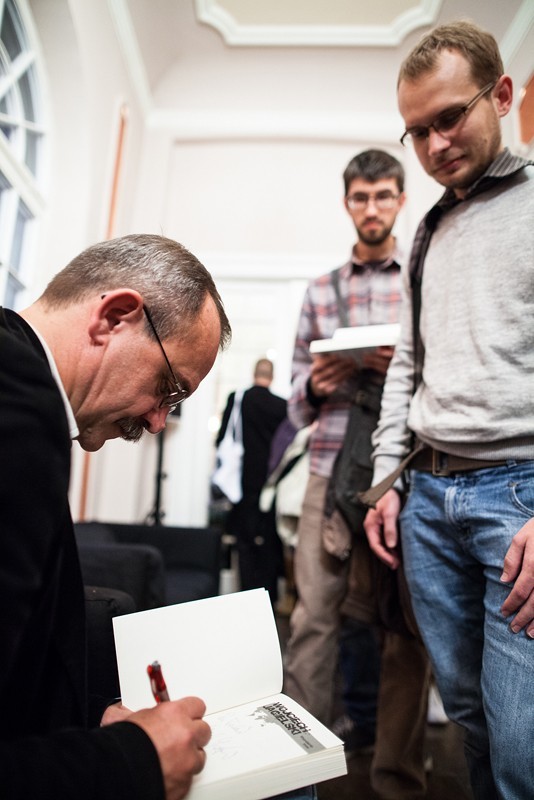