The finishing touches are being put on the City(W)writes – the first film in a series. The film talks about the City of Krakow and the Malopolska Region. The role of the region’s ambassador is taken by Adam Zagajewski. The poet will show his literary Krakow – his masters, favourite places, fellow writers, and will tell about his literary path and Polish literature. Wisława Szymborska, Czesław Miłosz and other artists with ties with Krakow will also be mentioned. Magdalena Piekorz is the film’s director , and the premiere will take place in May 2013 during the Miłosz Festival. The producer is the Krakow Festival Office, with TVP and the Book Institute as partners. The project is supported by the Minister of Culture and National Heritage with funds from the Promoting Readership programme. The funds are managed by the Book Institute.

The film will be the first one in the world produced as part of the City(W)rites Project, intended to promote literary capitals of Europe by means of meetings with writers connected to particular cities. The idea is that the selected writer becomes a guide to the literary life of the region and the city he or she lives in. The viewers will be introduced to Barcelona by Eduardo Mendoza, to Berlin – by Ingo Schulze, to Copenhagen – by Soren Ulrik Thomson, to Dublin – by John Banville, to Lisbon – by Gonçalo Tavares, to London – by Peter Ackroyd, to Madrid – by Antonio Gomez-Rufo, to Paris – by Alfredo Bryce Echenique, to Prague – by Ivan Klima, to Saint Petersburg – by Tatyana Tolstaya, to Stockholm – by Mari Jungstedt.

The producer of the Polish episode of the City(W)rites series is the Krakow Festival Office, while the shooting is supported by the Krakow Film Commission. After Mistyfikacja (directed by Jacek Koprowicz, 2010), Mała Matura 1947 (Janusz Majewski, 2010), Uwikłanie (Jacek Bromski, 2011) and Anioł (Wojciech Smarzowski), the film is another production related to literature that the Krakow Festival Office is involved in.

The project is supported by the Minister of Culture and National Heritage with funds from the Promoting Readership programme. The funds are managed by the Book Institute.

Adam Zagajewski is one of the most recognised and renowned contemporary Polish poets in the world; one of the most often translated Polish poets and essayists. He is the winner of many prestigious international awards, including Prix de la Liberté (1987), the Vilenica Prize (1996), the Nikolaus Lenau Preis (2000), the Tomas Tranströmera Award (2000) and the Neustadt Prize (2004). In 2002, he was accepted to the Bavarian Academy of Arts and Literature. In December 2012, he was awarded the title of doctor honoris causa by Jagiellonian University.

Magdalena Piekorz graduated in direction from the K. Kieślowski Radio and Television Faculty of the University of Silesia in Katowice. A scriptwriter and a film and theatre director, she holds a PhD in film art. She has made seven documentaries. The first one, Dziewczyny z Szymanowa, won the Bronze Lajkonik at the 31st All-Polish Short and Documentary Films Festival in Krakow. Franciszkanski spontan won the Jury’s Honourable Prize at the 2nd Review of Documentary Forms, while Przybysze – the Grand Prix of the Euroshorts’99 Festival. All of them were shown on Polish Television channel one, in the Czas na dokument cycle. For several years now, she has been making films abroad. First, it was Znaleźć, pochować, a film on women in Bosnia that wait for news about their close ones after the war in Yugoslavia, then Piemonte – a story of a town on the isle of Istria that has only one citizen, and recently Chicago – a documentary series for TVN (co-director, 25 episodes). She became famous after Pręgi, produced on the basis of a script by Wojciech Kuczok. In 2011, she prepared a concert named Panna Madonna Legenda Tych Lat, a tribute to the work of Ewa Demarczyk, for the Opole Festival.

The Polish episode of the City(W)rites is being produced under the Reading Malopolska project. Reading Malopolska is a project envisaged for the years 2007–2013 and supported with the funds of the Malopolska Regional Operational Programme, under which Malopolska and its capital, Krakow, want to communicate their literary heritage and participate in the building of a network of co-operation of creative regions in the field of literature. 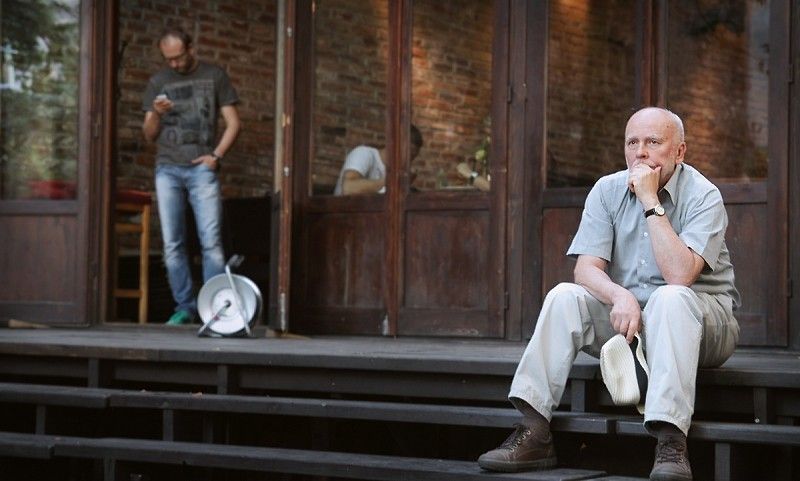 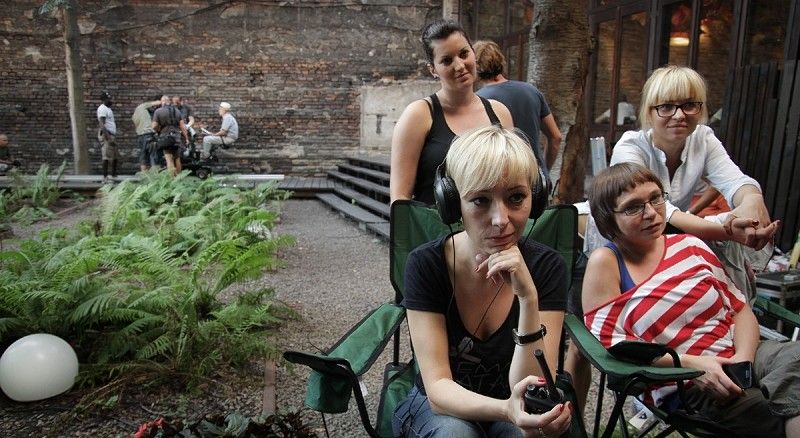 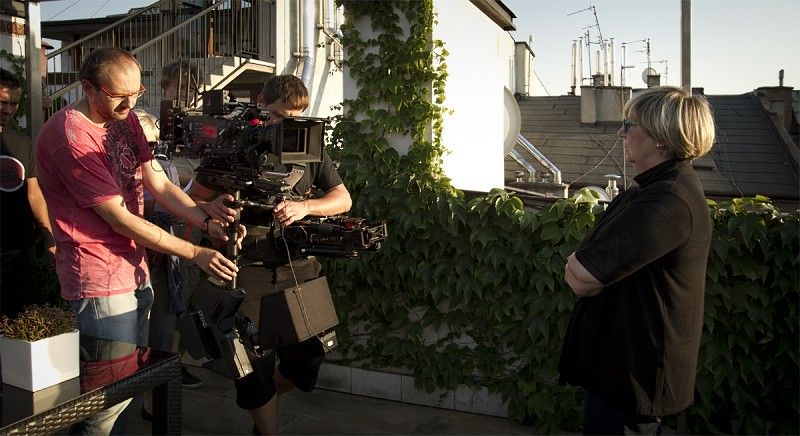 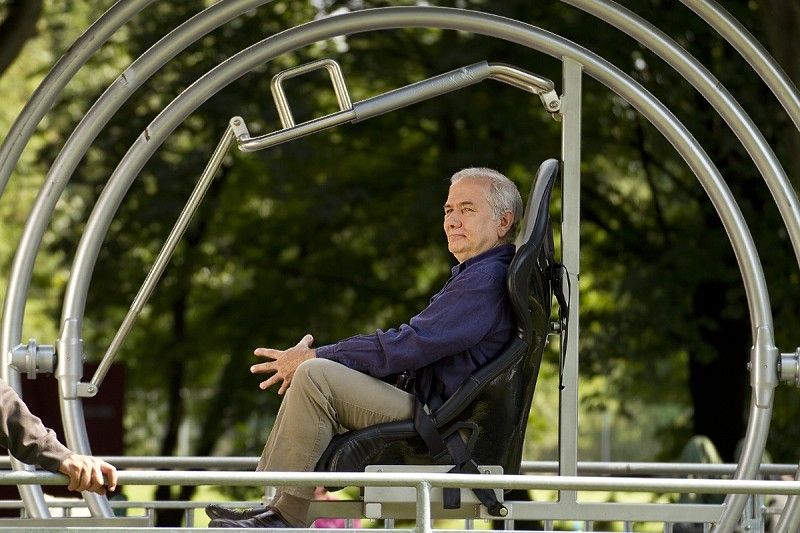 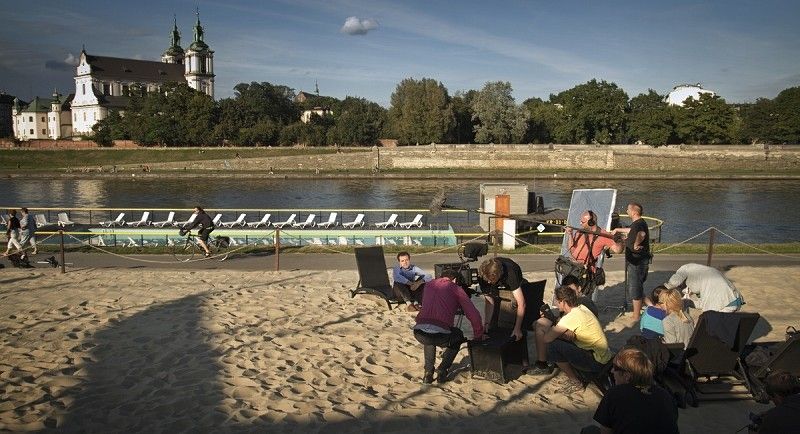 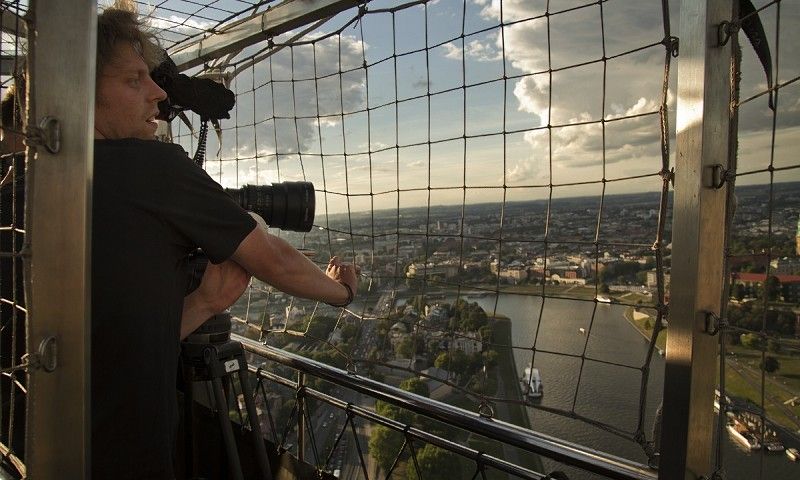