“I have spent several years in the army, and personal freedom there is scarce. When I finally got out, the sudden freedom frightened me. There, I knew what to do from nine to five, here I suddenly had a day full of decisions. Freedom is limited – this is the knowledge learned by a crawling toddler. But we get to know that freedom is full of traps only when we start to learn to live”, Zygmunt Bauman says in an interview by Aleksandra Klich in Magazyn Świąteczny, the weekend issue of Gazeta Wyborcza. Zygmunt Bauman was a guest of last year’s edition of the Conrad Festival.

“Freedom is a paradox,” Bauman says in the interview. “If I am to be fully free – which means that I can carry out my plans – then other people have to accept this, even if my intentions are not in accordance with their wishes. Therefore, the freedom to realise my dreams will always affect the situation of other people. This in turn affects me, my moral conscience. I have scruples that I’m doing something against other people, I try to cover it up by explaining that I had to. That there was no choice or alternative. Sometimes I even try to persuade myself that I did everything for another person, and they did nothing for me. As if reciprocity was an excuse for my lack of moral obligations!” 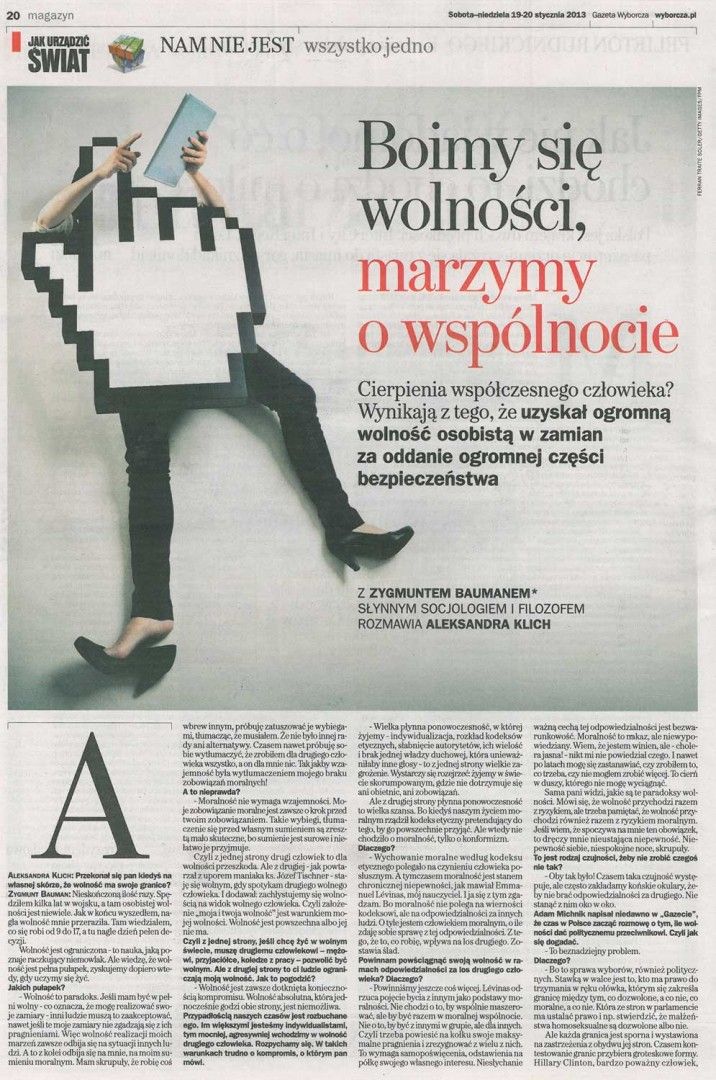 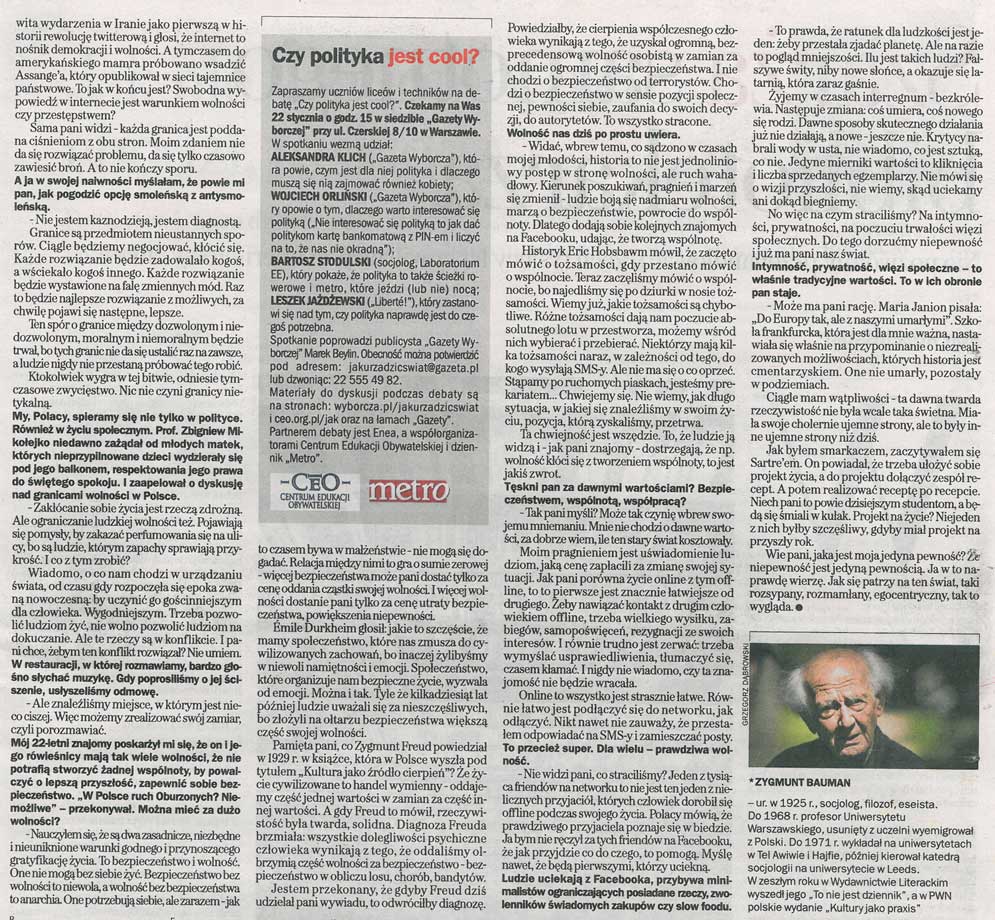