Amos Oz, an Israeli essayist, prose writer and columnist, is coming to Poland next week. On the 20th of March, at 11 a.m., he will receive the title of doctor honoris causa from the University of Łódź, and at 5 p.m., he will deliver a lecture, Israel: Dreams and Reality. Two days later, on Friday, at 7 p.m., Oz will meet the readers at the Agnieszka Osiecka studio. The meeting will be recorded and retransmitted on Polish Radio 3 on Easter Sunday (the 31st of March), at 9.05 p.m.

The writer will be promoting his latest book, Between Friends, that was published in Poland just a few days ago. ‘It’s a heartbreaking and hypnotising story. The situations and characters are very realistic, allowing the reader to look behind the curtain of time and culture, and – typically of Oz – touching upon universal experiences and important matters that are usually not spoken about,’ the information on the website of the Rebis publishing house reads. ‘Eight stores take place in a kibbutz at the end of the 1950s – in the place and time of Oz’s youth and first literary steps. These are the portraits of people with intimate dreams that go through painful experiences – fear, unfulfilled hopes and desires, a feeling of loss – that are shadowed by a courageous, yet naïve, dream of creating a new man and a new society cultivated by Zionist pioneers. Imperfect human nature surfaces from beneath an idyllic picture; with motives typical of Oz – loneliness and the inability to establish true bonds – running through the stories.’

Amos Oz, an essayist, prose writer and columnist, is the most popular Israeli writer in the world. He studied literature and philosophy at the Hebrew University of Jerusalem. He fought in the Six-Day War and the Yom Kippur War. He has been campaigning for peace between Israel and the Palestinians for years. He has won the Israel Prize for Literature and numerous international awards; his books have been translated to 37 languages. For several years now, Amos Oz has been considered a candidate for the Nobel Prize for Literature.

In 2010, Amos Oz came to Krakow, invited by his main Polish publishing house, Rebis. The Krakow Festival Office and the Tygodnik Powszechny Foundation, organisers of the Conrad Festival, were partners of this event. 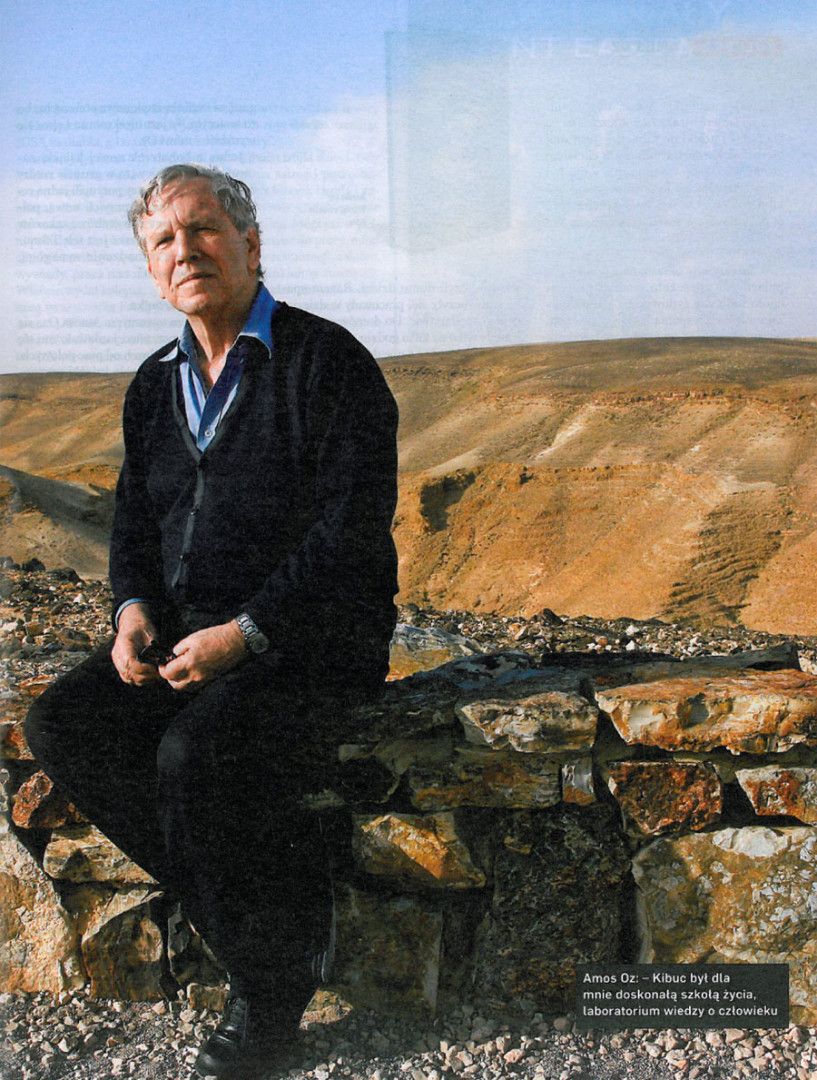 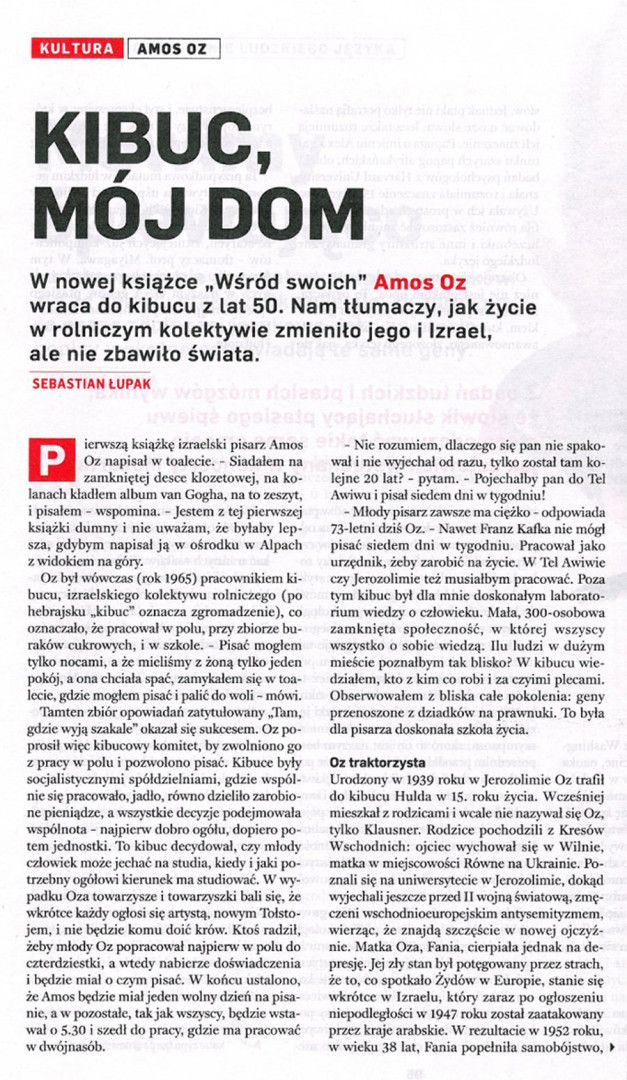 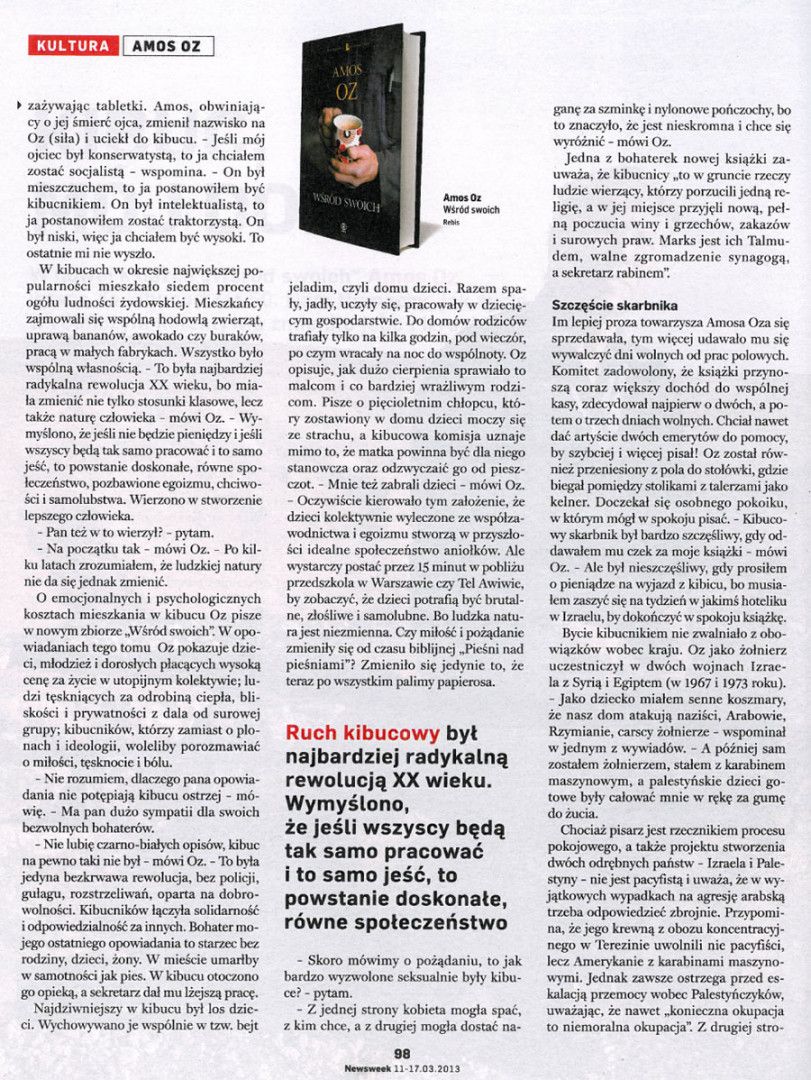