“The truth sounds bad; nobody beats men in the fools category,” admits Eustachy Rylski in an interview conducted by Dorota Wodecka in the weekend issue of Gazeta Wyborcza. We would like to remind you that Eustachy Rylski came to Krakow as a guest of last year’s edition of the Conrad Festival – considered to be one of the most important literary events in the world.

“Ten years ago, my wife and I went to Ukraine, to the parts the Rylski family comes from. I visited the place for the first and probably the last time in my life, and I felt so much at home. I did not have to ask anyone about anything. I remembered where the village is, where the river is, which way the shortcut through the forest goes, where the mound and the cemetery are. And I easily get lost even in Warsaw. So I knew what it is like to sit next to the fire burning out in the Russian plains, in frosty silence, and what the battlefield with dying soldiers and horses looks like. A Red Army soldier who covered the trail described in Stankiewicz wrote to me once. He asked me when I had marched down the trail and on what occasion, because it looks like nothing has changed there. Genetic memory is a kind of deposit. Some people receive a key to it, and others do not. The former ones sometimes grow to become writers.” – says Eustachy Rylski, prose writer, dramatist, scriptwriter, winner of the Józef Mackiewicz Literary Award (2005), nominated for the Silesian Literary Laurel, the Angelus Award, and the Nike Literary Award in 2006 for his book, Warunek.

Read the entire interview with the writer: 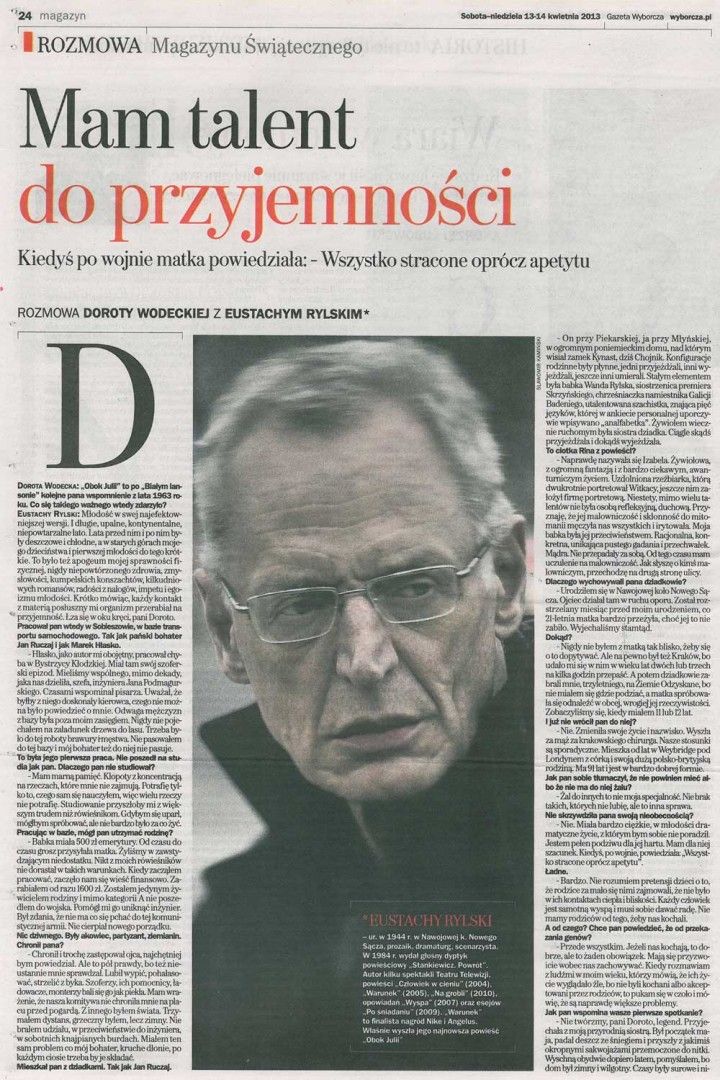 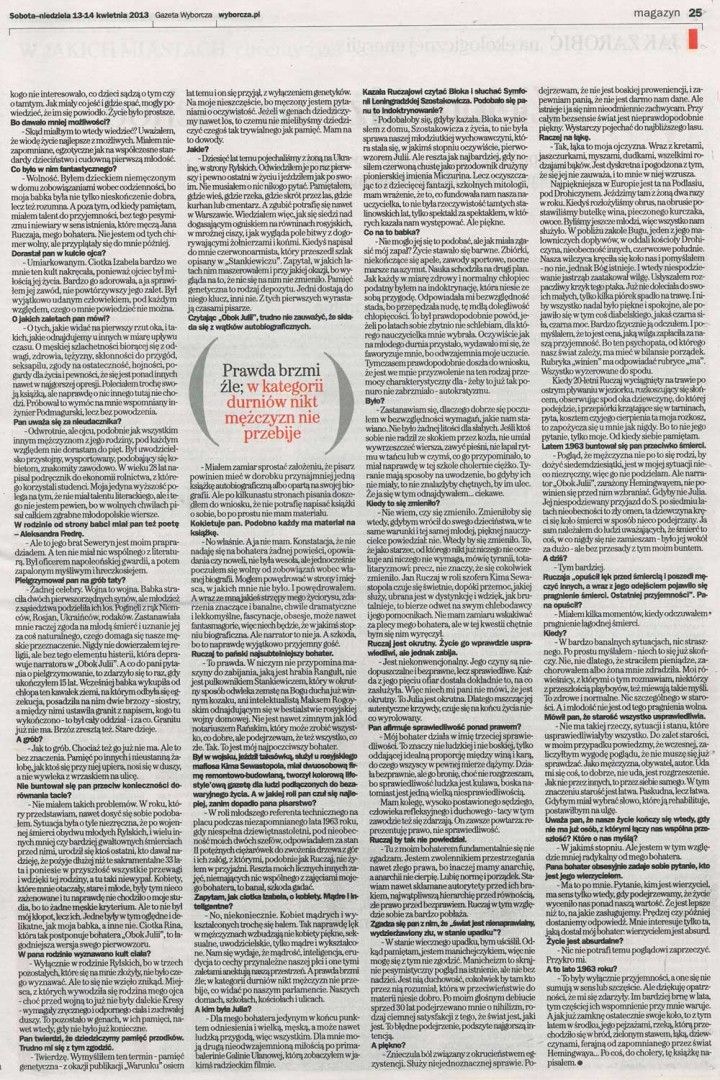