‘I am unable to say where my home is,’ Jaroslav Rudiš, author of End of Punk in Helsinki, says in an interview for Wysokie Obcasy. ‘If someone asks, I say it’s in Central Europe. Even though I currently live more in Germany than in the Czech Republic.’ Living on the border between two cultures has made a substantial impact on Rudiš and, consequently, his works. It’s no coincidence that his latest novel takes place in two settings: in the Czech provinces of the 1980s and one of the West German cities.

‘I studied history. It plays an important role in all of my books,’ Rudiš tells Agnieszka Berlińska. ‘I started to learn German already as a boy because I fell in love with a German girl. This is how it started, but I have always liked this language.’ Rudiš says that speaking German allows for a better understanding of the cultural history of Central Europe. One of the things he writes about in End of Punk in Helsinki is a concert by Die Toten Hosen that took place in Pilsen and ended with riots.

Rudiš’s new book, End of Punk in Helsinki, was published in May by the Czeskie Klimaty publishing house. This is his fourth novel, after Nebe pod Berlinem, Grand Hotel, and Alois Nebel, that has been translated into Polish. Last year, Jaroslav Rudiš visited Krakow as a guest of the Conrad Festival. In his free time, Rudiš plays concerts with U-Bahn and The Bombers and runs a cabaret in Prague. 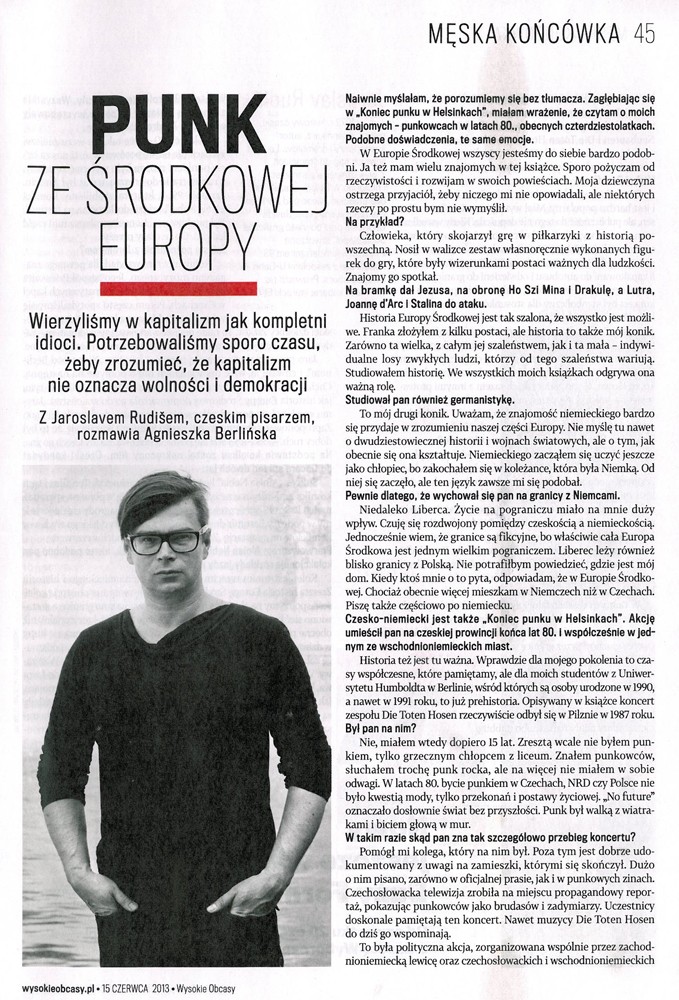 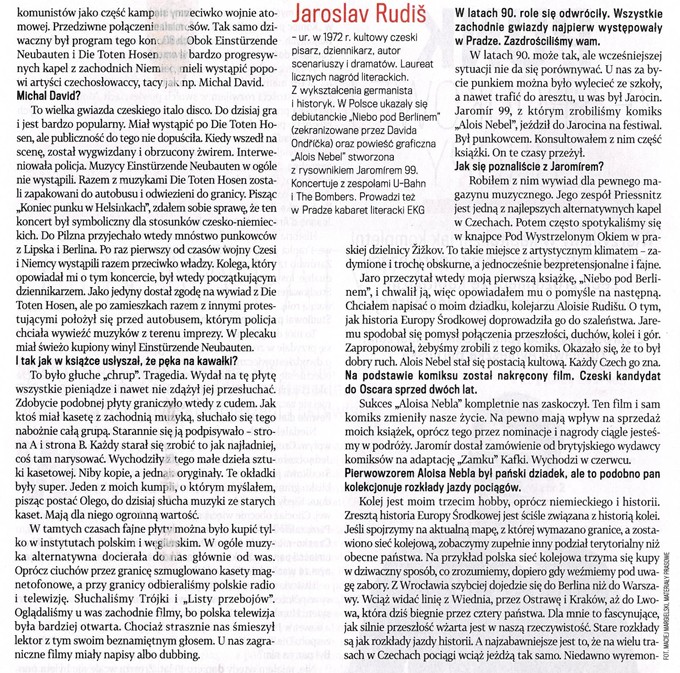 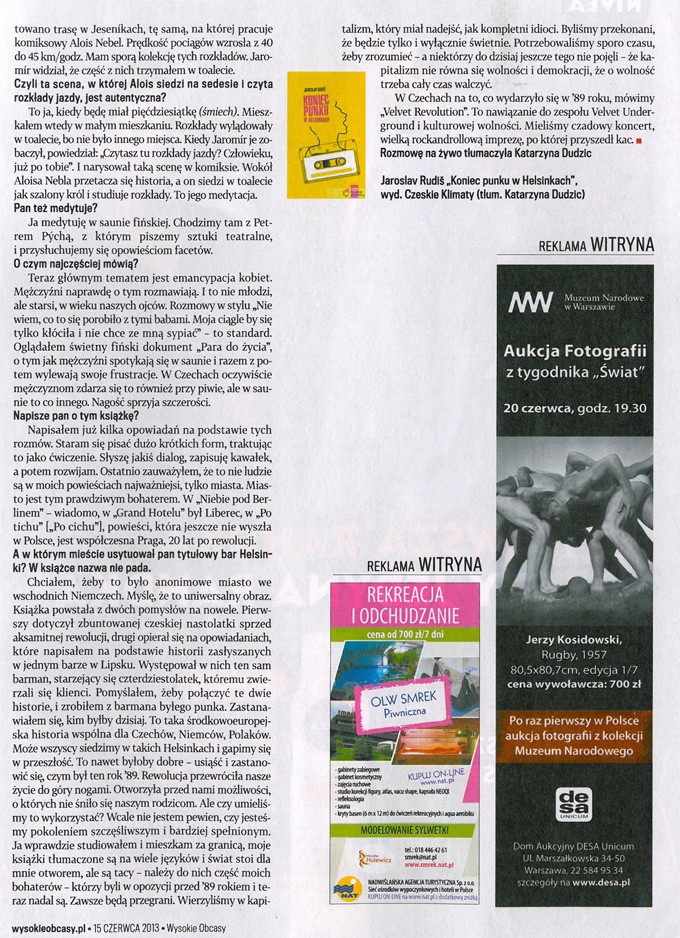