24 October 2013 The largest literary mural – in Krakow, of course

We have a new pretext for taking walks in the Podgórze district. The largest literary mural in Krakow – taking up as many as 450 sq m – was created on the facade of the former Salt Warehouse on ul. Na Zjeździe. It presents quotations from poems by Polish and Icelandic poets, including excerpts from works by: Ewa Lipska, Adam Zagajewski, Agnieszka Wolny-Hamkało, Sjón (Sigurjón Birgir Sigurðsson), Óskar Árni Óskarsson, Kristin Svava Tómasdóttir, and Ingunn Snædal. “I wanted the mural to be light and casual and not to interfere with the space too much – after all, it was created on a historic building. At the same time, the painting had to be distinctive, recognisable, and visible for those passing it by on a tram or bus,” said Paulina Lichwicka, author of the project, student of the Academy of Fine Arts in Krakow during yesterday’s vernissage.

The mural entitled The Composition of Poetry: Krakow-Reykjavik was painted by as many as 27 artists for nine days. During this time, they used 250 litres of paint, carried 22 tonnes of scaffolding, broke 17 nails, drank 48 litres of tea, and ate 11.3 kg of kabanos sausages.

The mural was created as part of the ORT: Poems from Iceland/Poems from Poland project, carried out by the Book Institute. The ORT is supposed to promote Polish literature in Iceland and Icelandic literature in Poland. The programme is financed from the resources of the European Economic Area (EEA).

ORGANISERS: the Book Institute, the Znaczy Się New Art Foundation, the City of Literature Foundation, and the Krakow Festival Office. 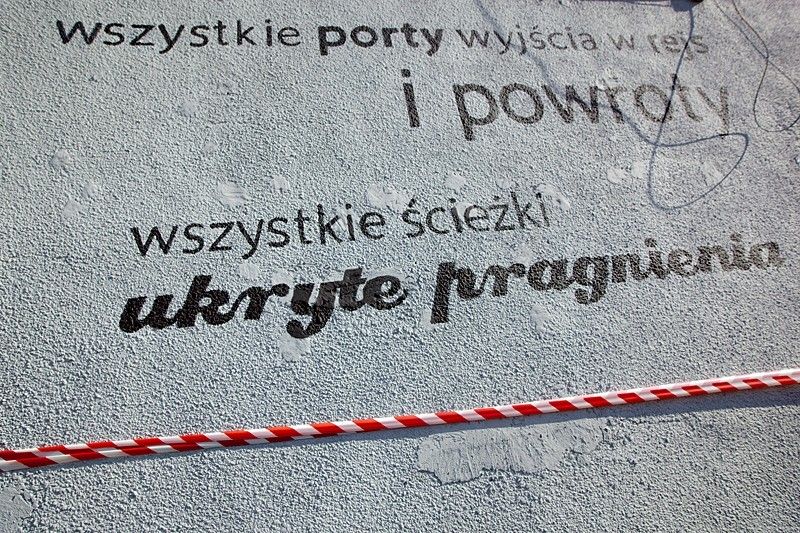 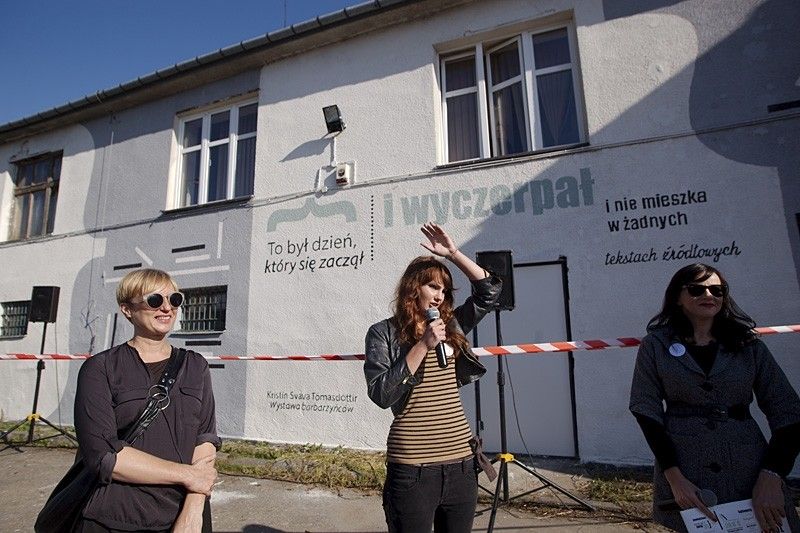 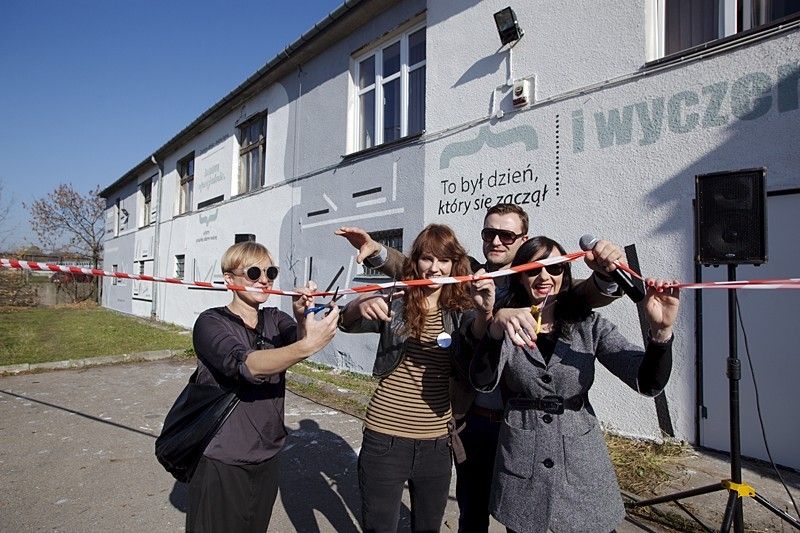 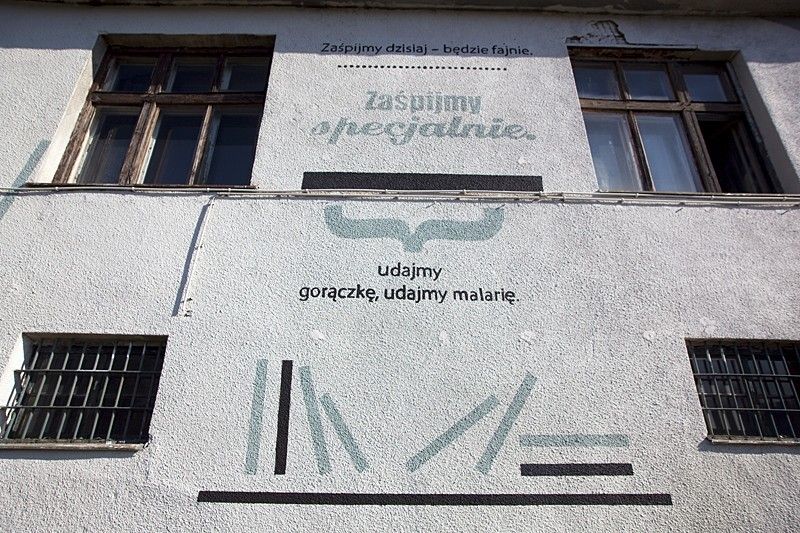 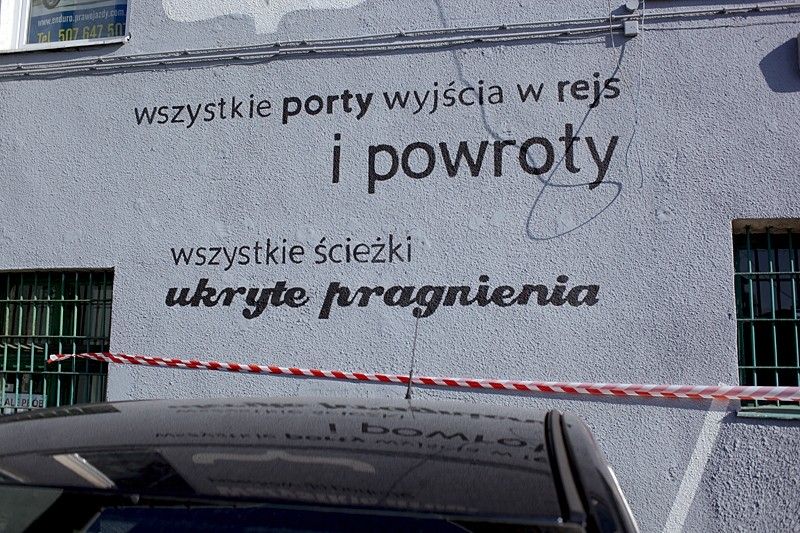 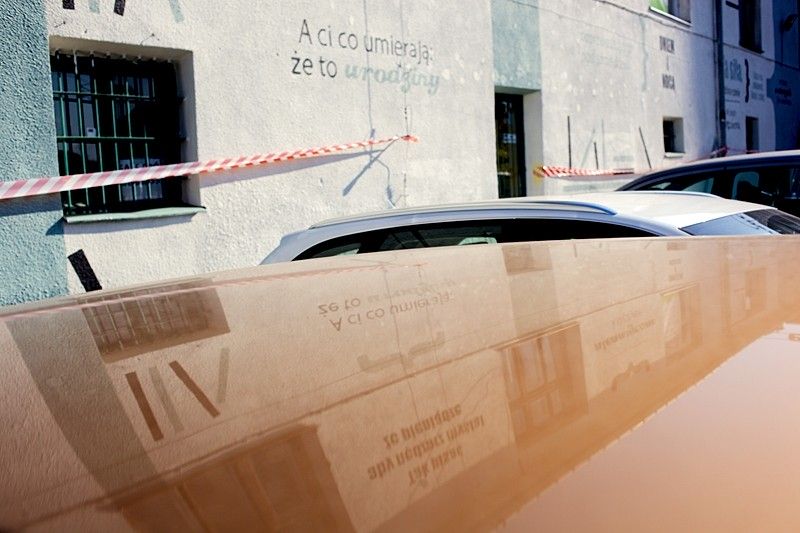