Football and sex closed this year’s Conrad Festival. But earlier, Reykjavik moved to Krakow for a few hours.

Despite the actual distance between the two cities, the capital of Iceland and the former capital of Poland have become much closer. All of this thanks to a joint literary project. Now, when Krakow has joined the prestigious group of UNESCO Cities of Literature, which had already included Reykjavik, this cooperation may even intensify. We could see what this may be like in practice yesterday during a series of meetings entitled Popołudnie w Reykjaviku [An Afternoon in Reykjavik].

First, Yrsa Sigurdardóttir, an author of bestseller crime stories, was talking about how to combine a regular job (in her case, being a full-time engineer) with writing. "I have had to limit the time I devote to my normal job recently. It takes about 70 percent of my time now. The rest is devoted to creating books,” the author declared with an engineer’s precision. The most popular of Sigurdardóttir’s characters, Thora, is a lawyer. Yet, before the Icelandic writer created her heroine, she had written children's books. "Being funny and entertaining all the time appeared to be tiring. I decided to try something new," said the author of Brakið [The Boat of Death]. If asked about the "carnal life" of her character, Thora, Sigurdardóttir replied that she could not include erotic scenes in her books because... "...Reykjavik is a small town. Everyone here knows everything about one another." 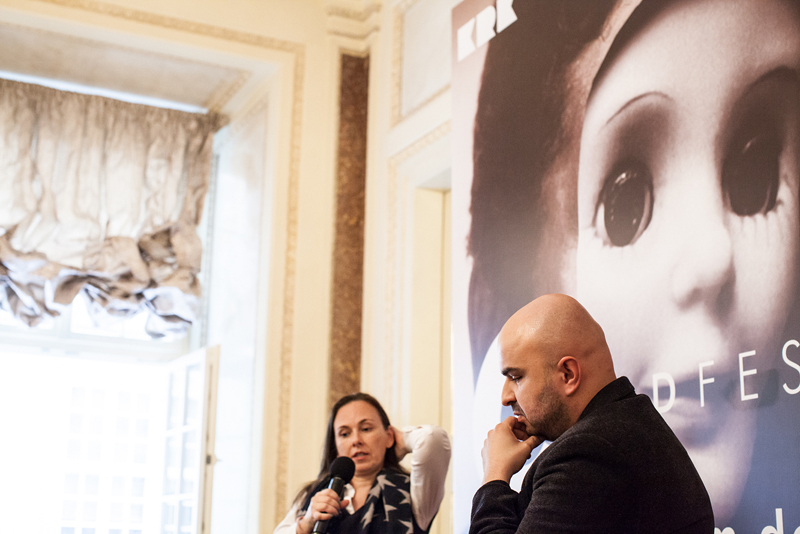 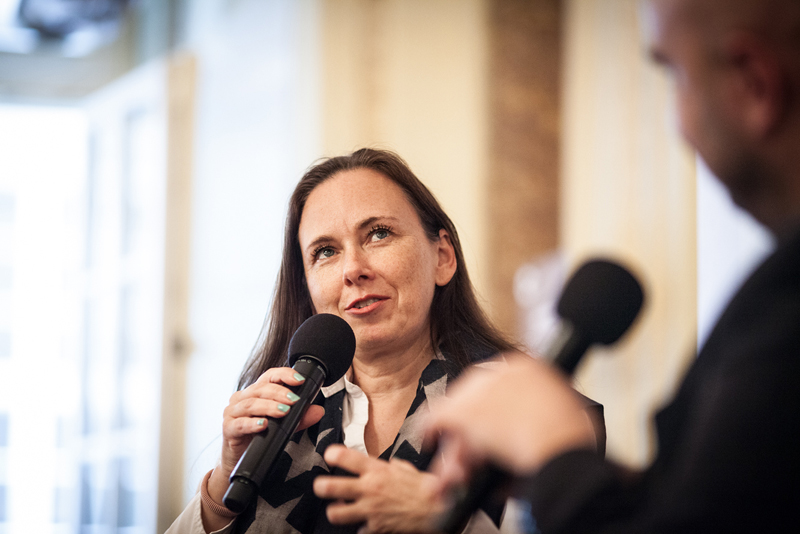 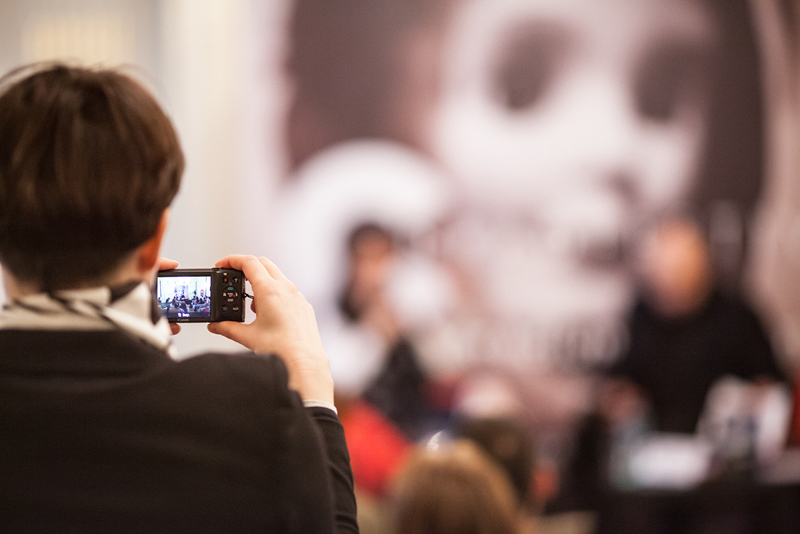 The second guest from Reykjavik, Hallgrímur Helgason, came to Poland to talk about the novel he has published recently, Konan við 1000° [The Woman At 1000°]. The book was based on the memoirs of the daughter of Iceland’s first president. In his home country, the novel inspired a nationwide discussion. The way Helgason told the story of a woman made it questionable whether everything is allowed in literature. "People excluded from society are an important subject of literature. But for me, it is certainly more interesting than following the story of a happy family which is getting ready for a trip to the Baltic Sea on a sunny day and so on." 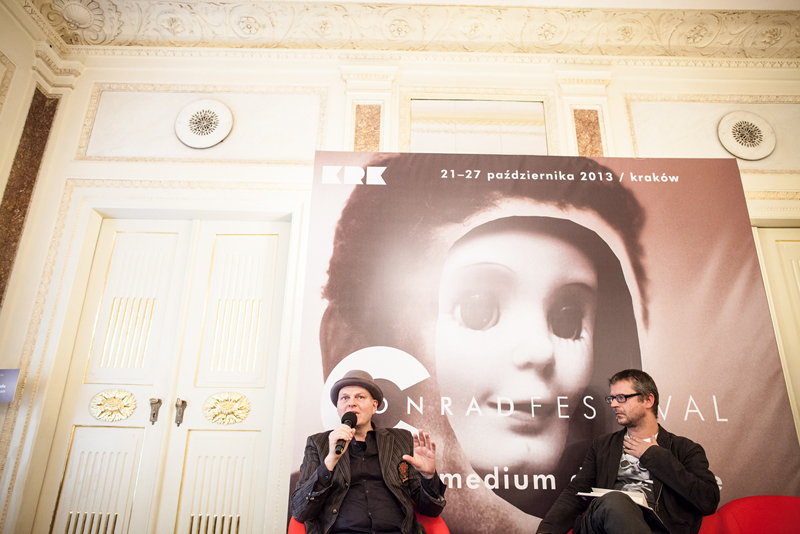 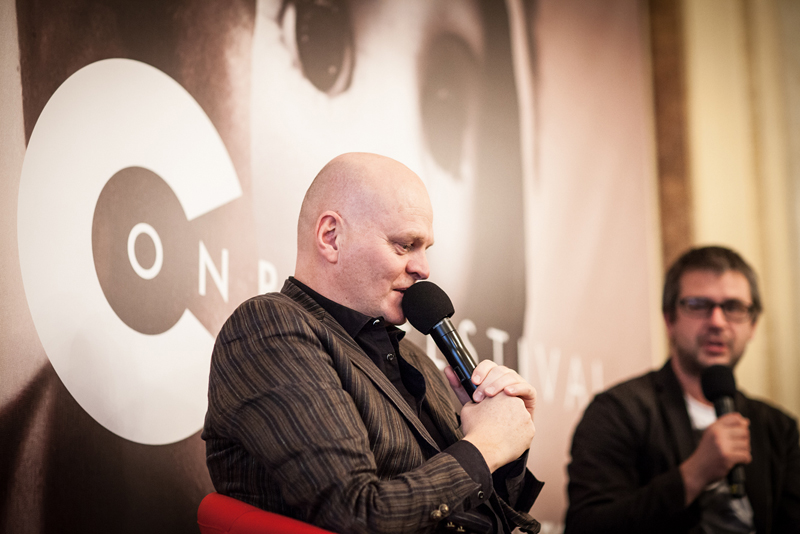 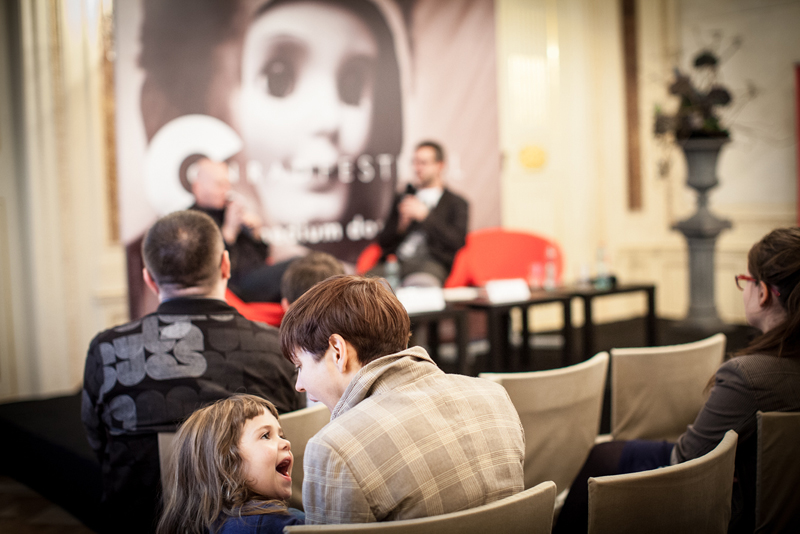 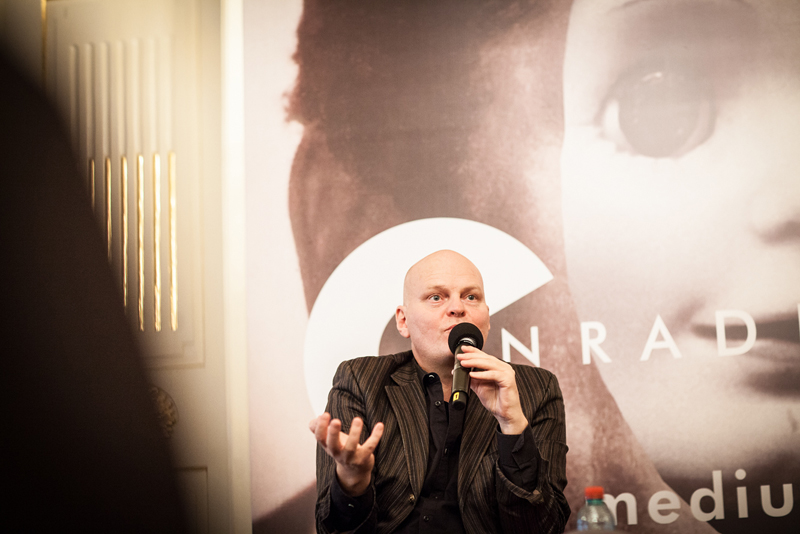 Among the guests of the festival’s final day, the greatest gentleman of Polish crime literature, Marek Krajewski was also present. He gave an open lecture on his own workshop. But the readers took the opportunity to ask him whether... Ebi will be back. We may share a secret here: nothing is decided yet. 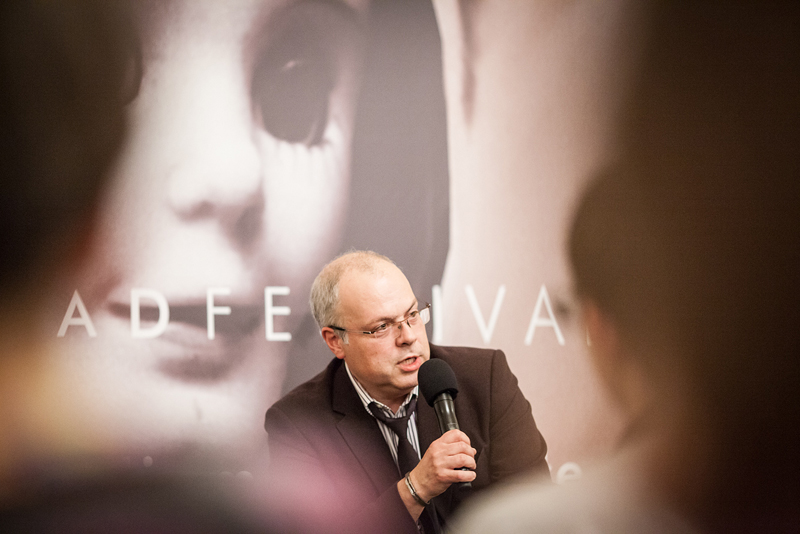 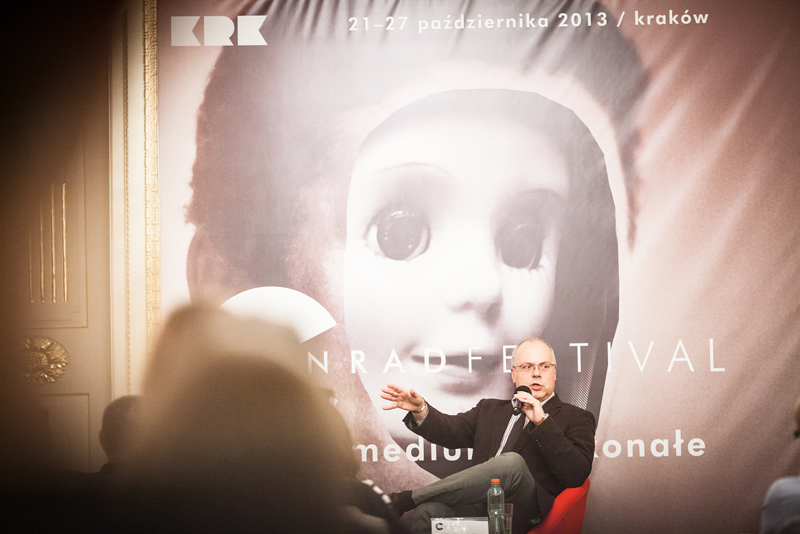 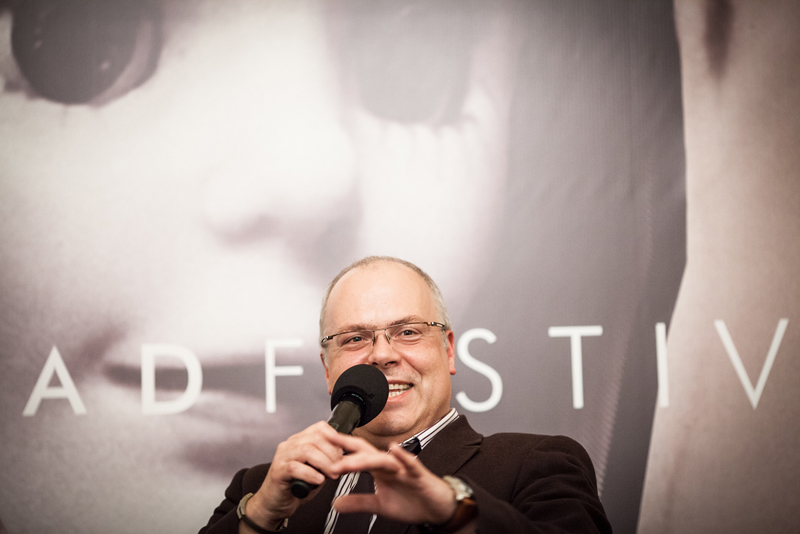 The festival was closed with three evening meetings devoted to football and sex. All of that within literary boundaries, of course. Marek Bieńczyk recalled his father in a discussion on football. "He had access to the VIP box. Or, perhaps, he just knew how to get in? I don’t know. But we would go to the stadium very often. He was the one to teach me how to score precise goals," Bieńczyk said. The writer and essayist mentioned that the story of a boy whose father takes him to a football pitch is a typical for the region of Central and Eastern Europe. Michał Okoński said that this is a most universal activity. "By the way, it is interesting that at this very level, at the stadium, men are capable of touching one another or even hugging. This is a cultural phenomenon that men are unable to be that close," Okoński pointed out. 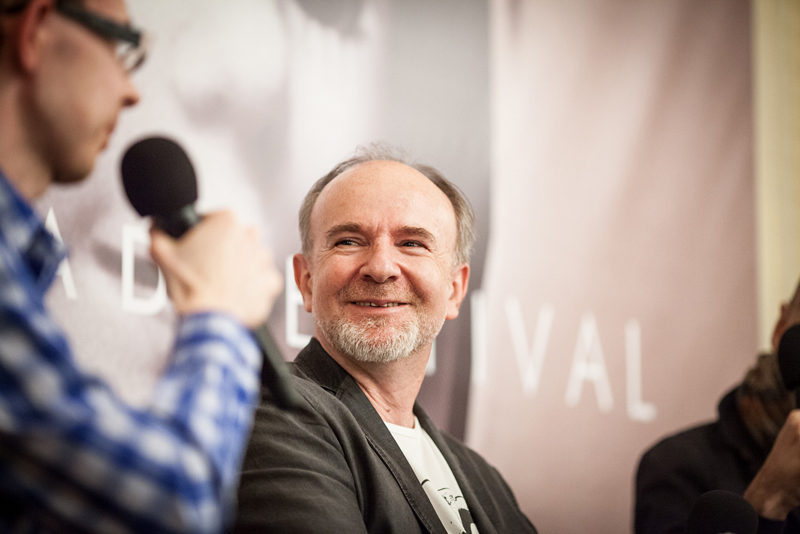 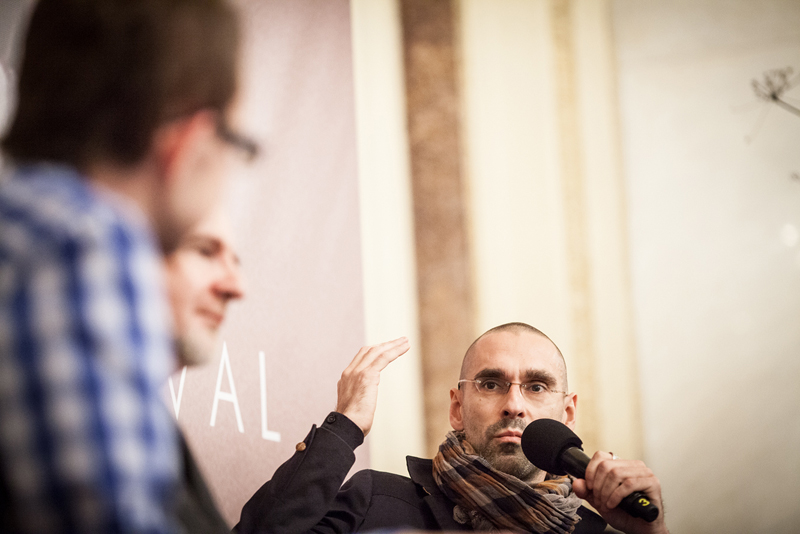 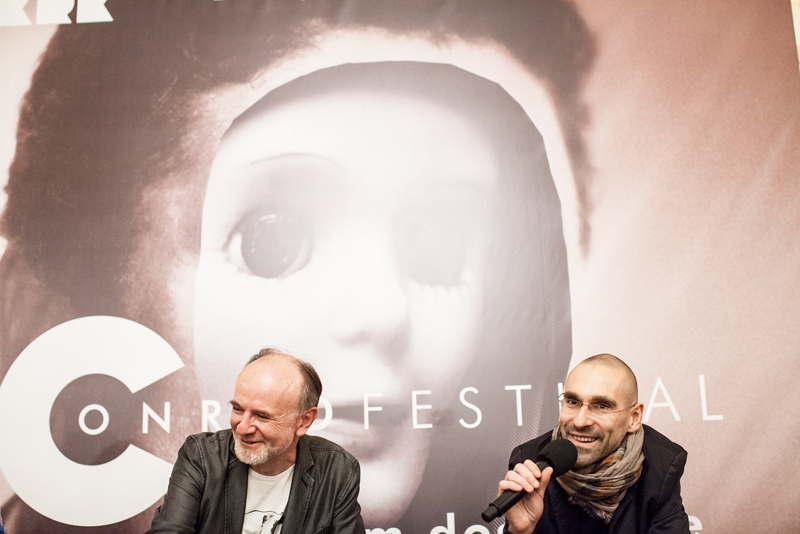 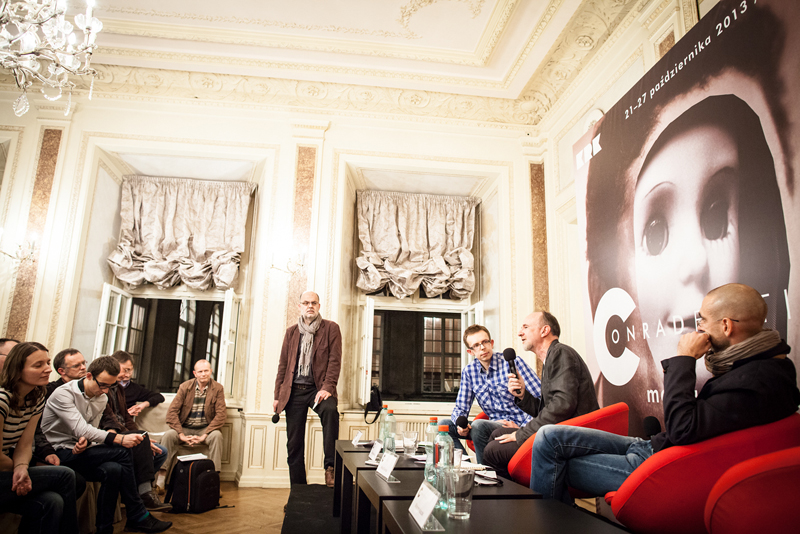 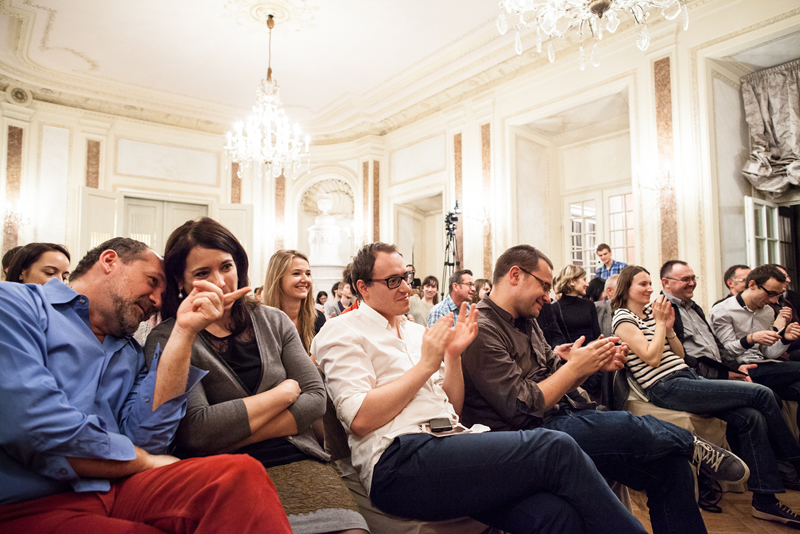 Late in the evening, on the last day of the festival, the audiences where incessantly excited. After all, the hero of the night was Katullus, whose poetry collection in Grzegorz Franczak’s new translation has just been released by the Homini publishing house. 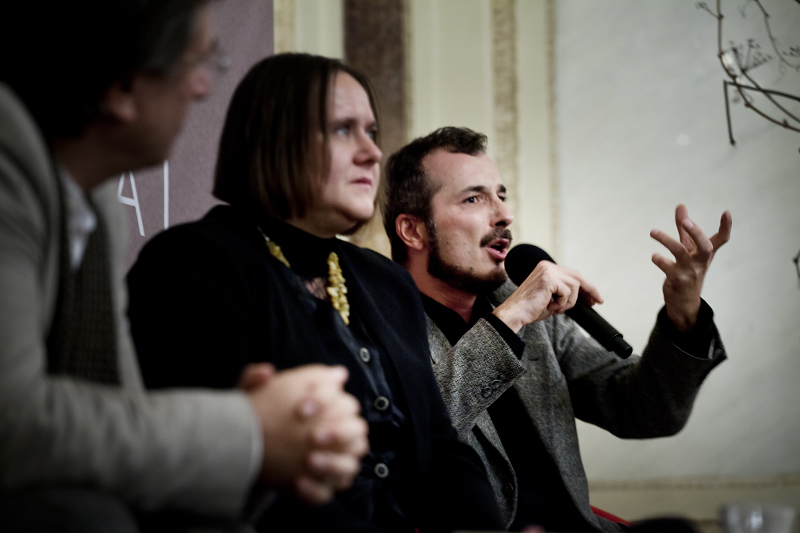 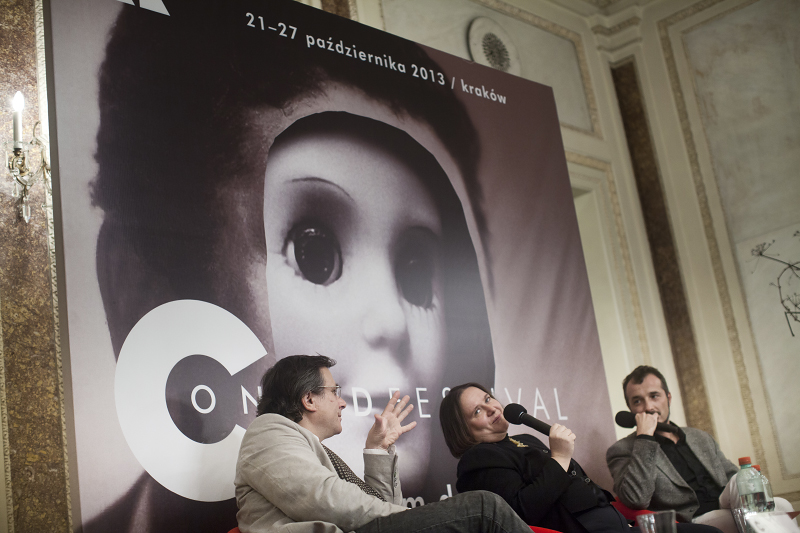 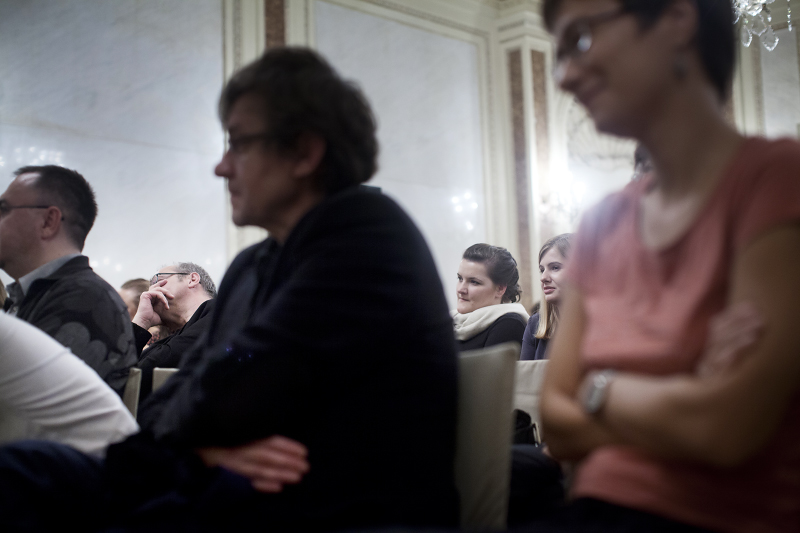 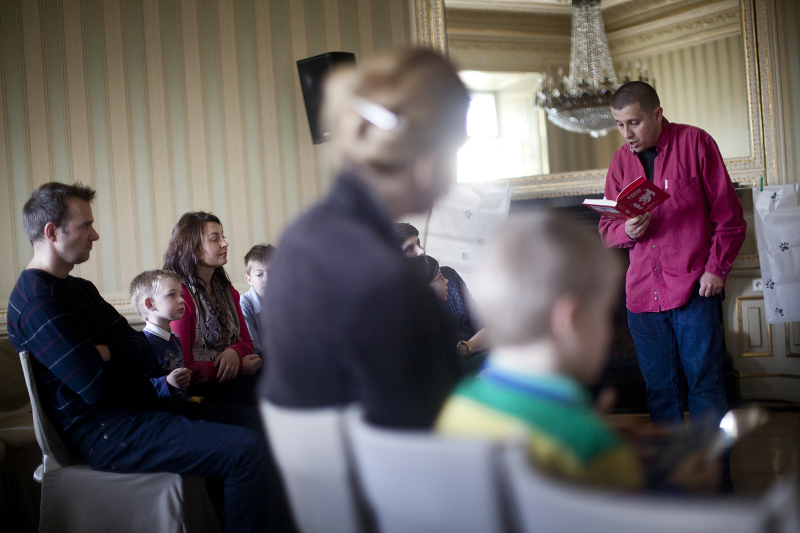 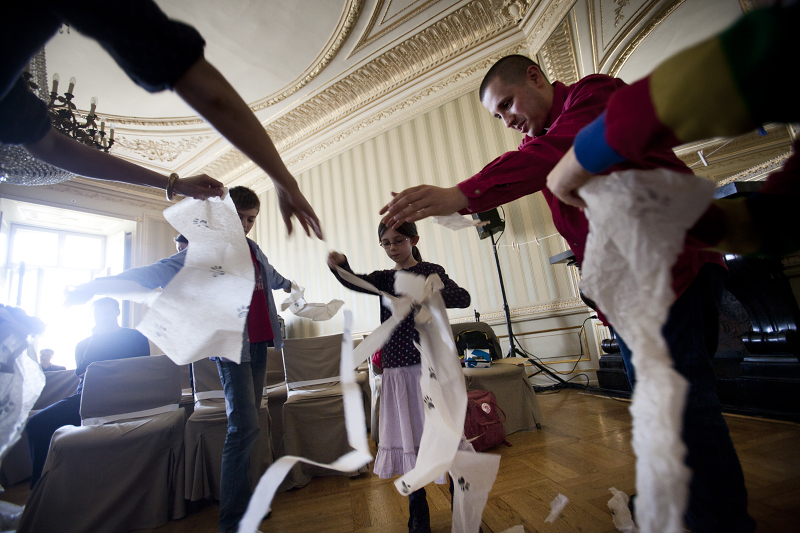 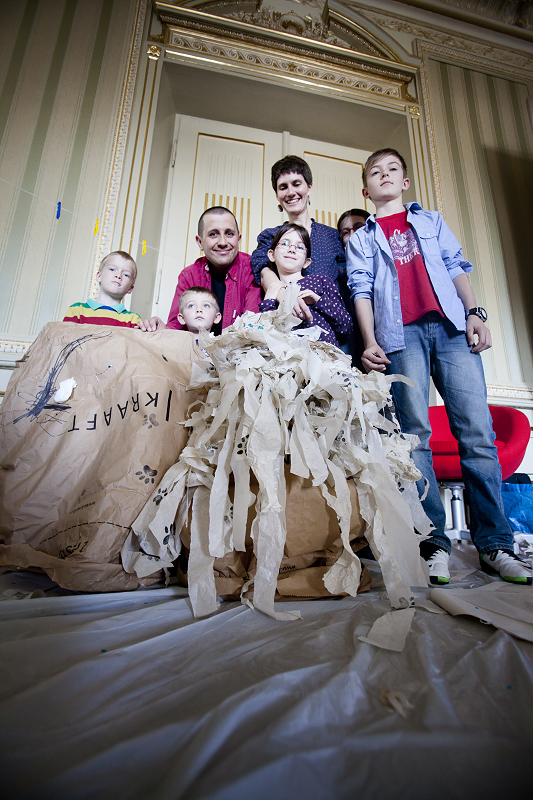 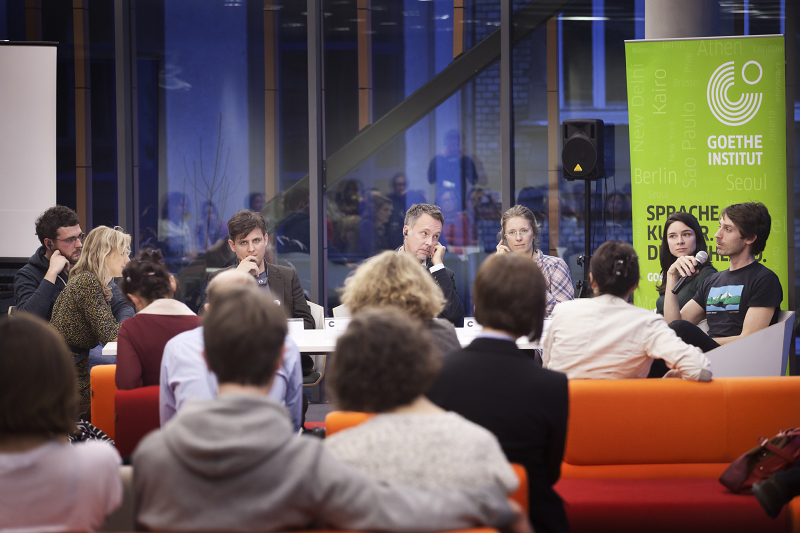 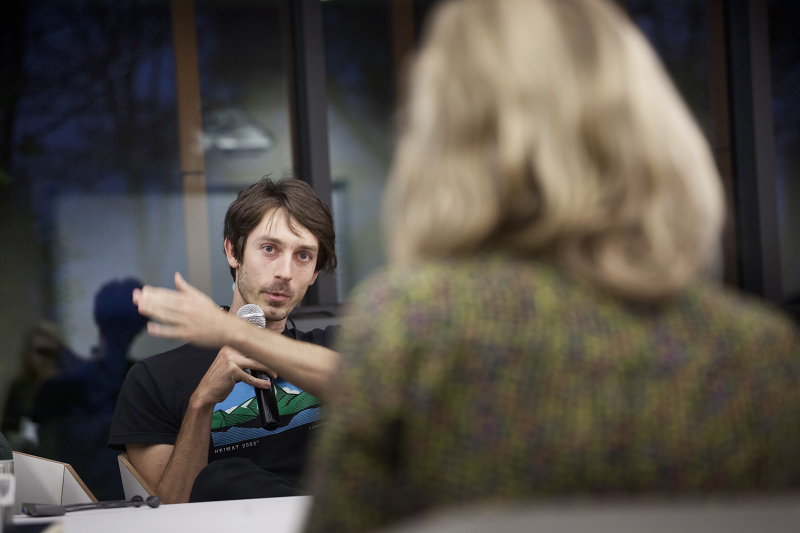 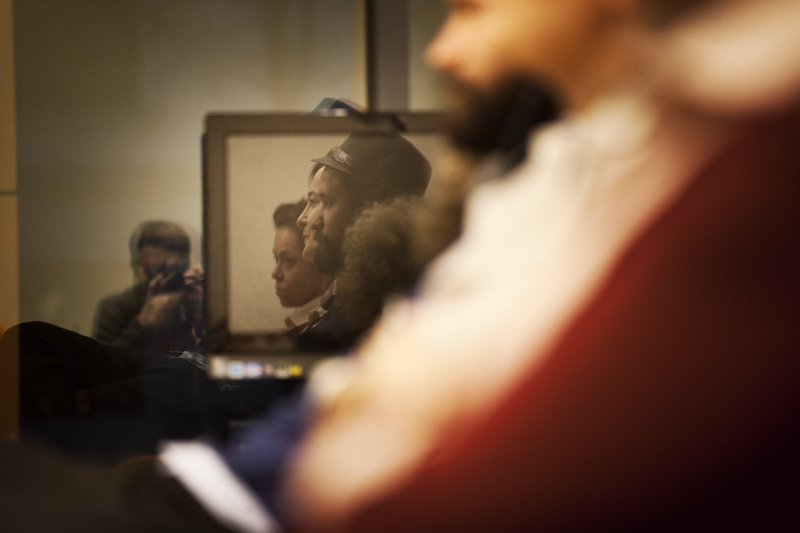 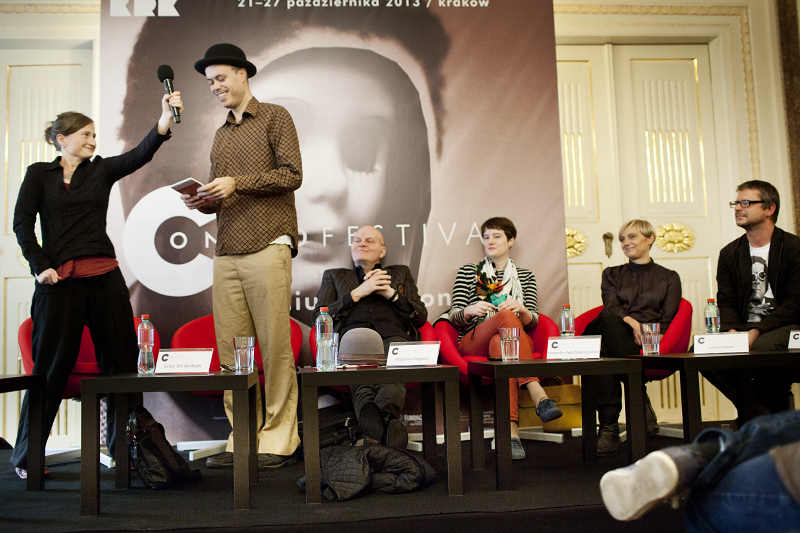 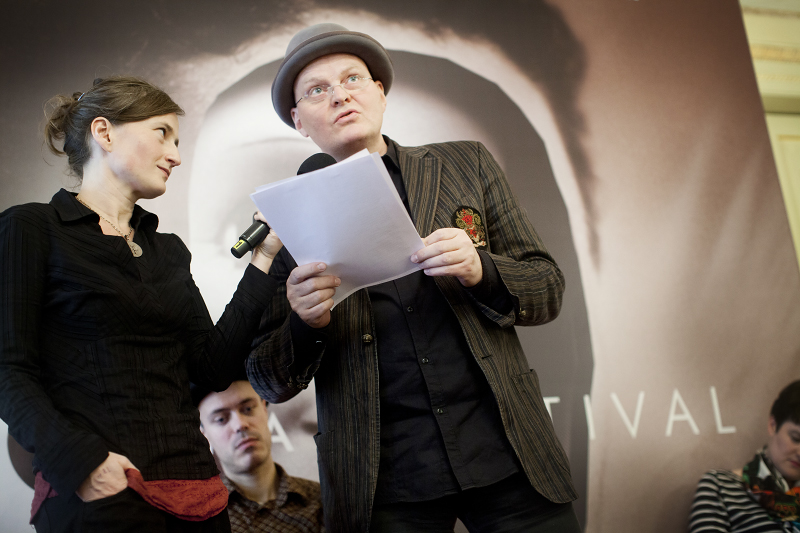 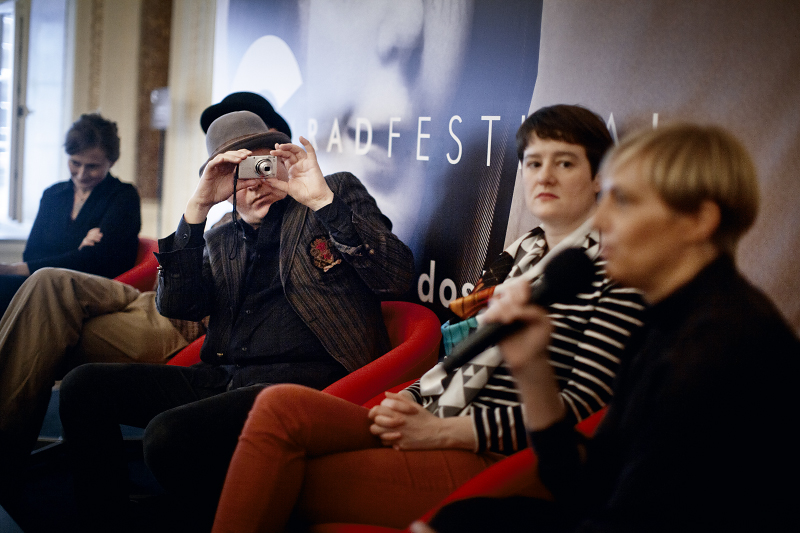 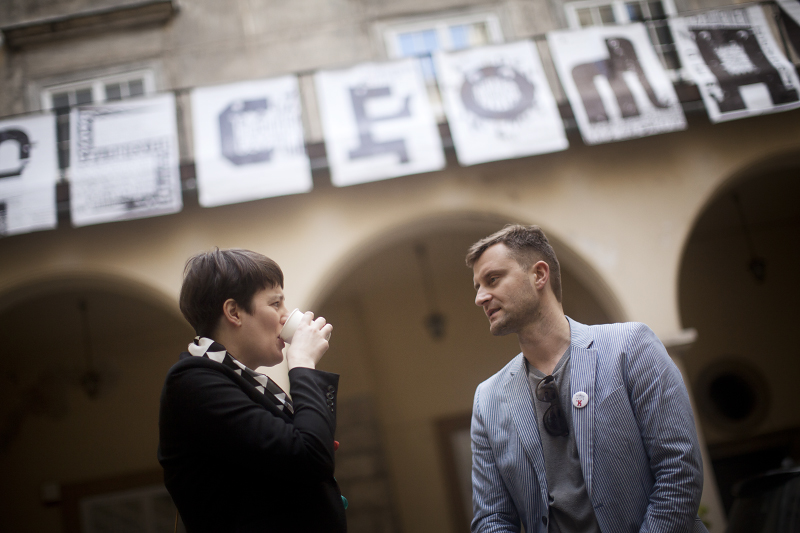