Magdalena Sroka, Deputy Mayor of the City of Krakow for Culture and the Promotion of the City and director of the Krakow Festival Office in the years 2008-2010, and Filip Berkowicz – artistic director of the Misteria Paschalia and the Sacrum Profanum Festivals, as well as the Opera Rara series, were included in the prestigious group of 20 most influential personalities of the Polish culture prepared by the Polityka weekly!

Very dynamic and full of energy, great at establishing contacts, she has changed the image of culture in Krakow almost single-handedly – it is now associated more with spectacular international artistic events than with Lajkonik or Piwnica pod Baranami – this is how Polityka journalists describe Deputy Mayor Magdalena Sroka. And they go on to add: She made festivals such as Misteria Paschalia, Sacrum Profanum, Opera Rara, and ArtBoom flourish.

And summing up Filip Berkowicz’s achievements, Polityka's journalists write: Musicologist (graduated with honours) who now deals with both classical and lighter music and readily combines both these worlds. (...) In Krakow, he directs the Misteria Paschalia and the Sacrum Profanum festivals, as well as the Opera Rara series, along with the Advent Actus Humanus festival in Gdańsk. At the European Culture Congress in Wrocław, he was the curator of Krzysztof Penderecki’s concerts featuring Jonny Greenwood and Aphex Twin at the Centennial Hall. In Dębica, he established the Goodfest festival, which is an ambitious presentation of Polish light music.

We encourage you to read the entire article. 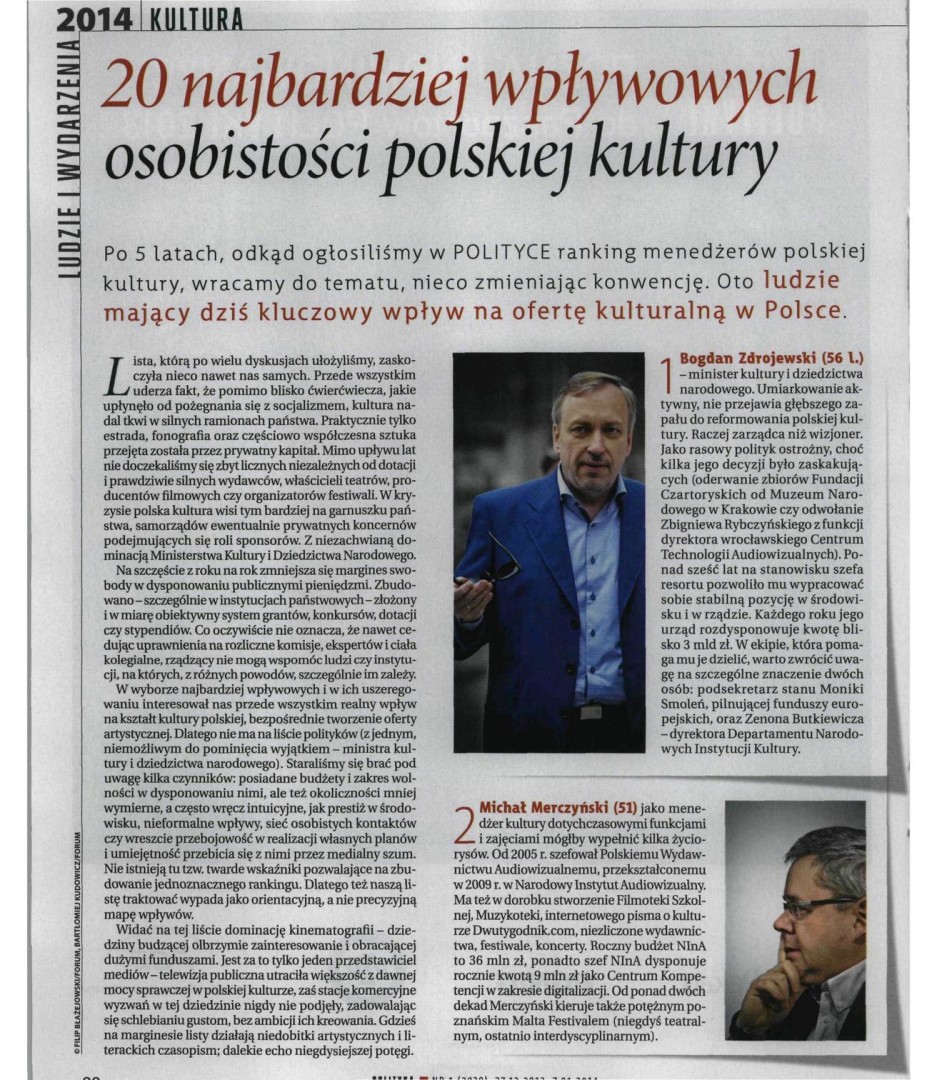 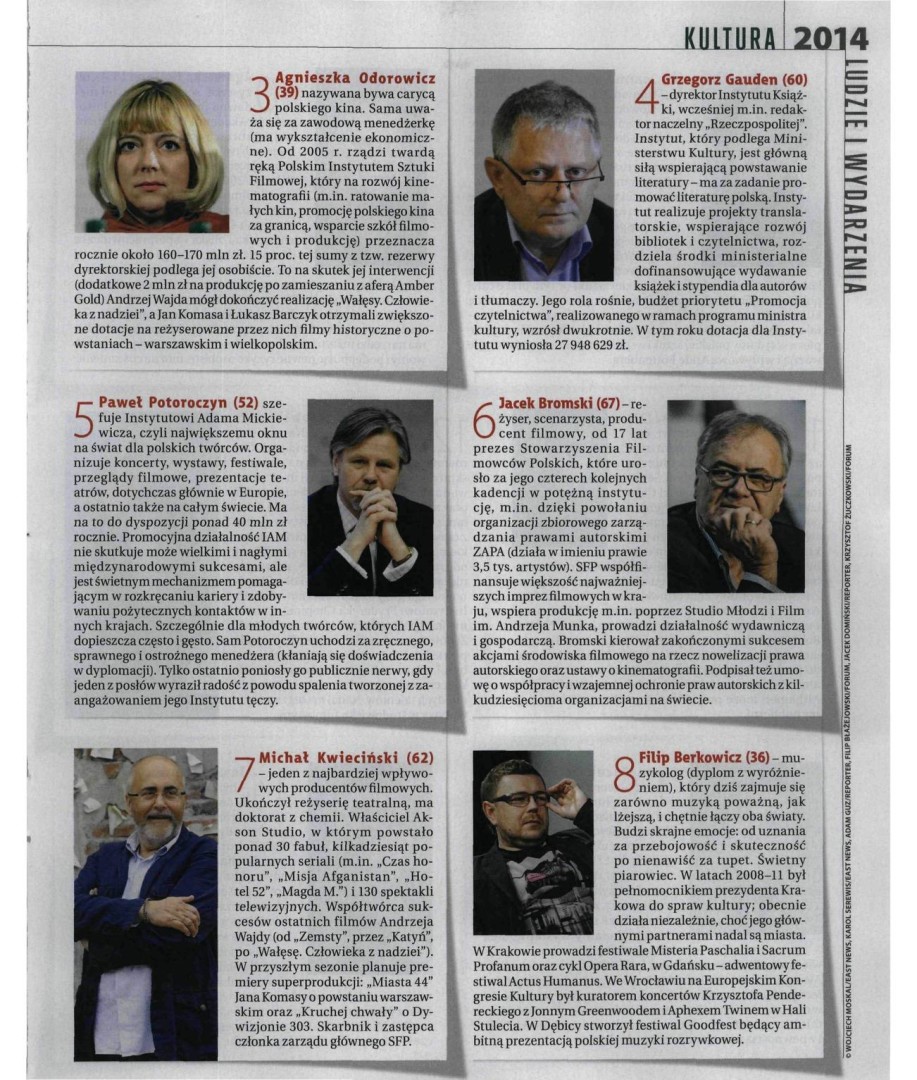 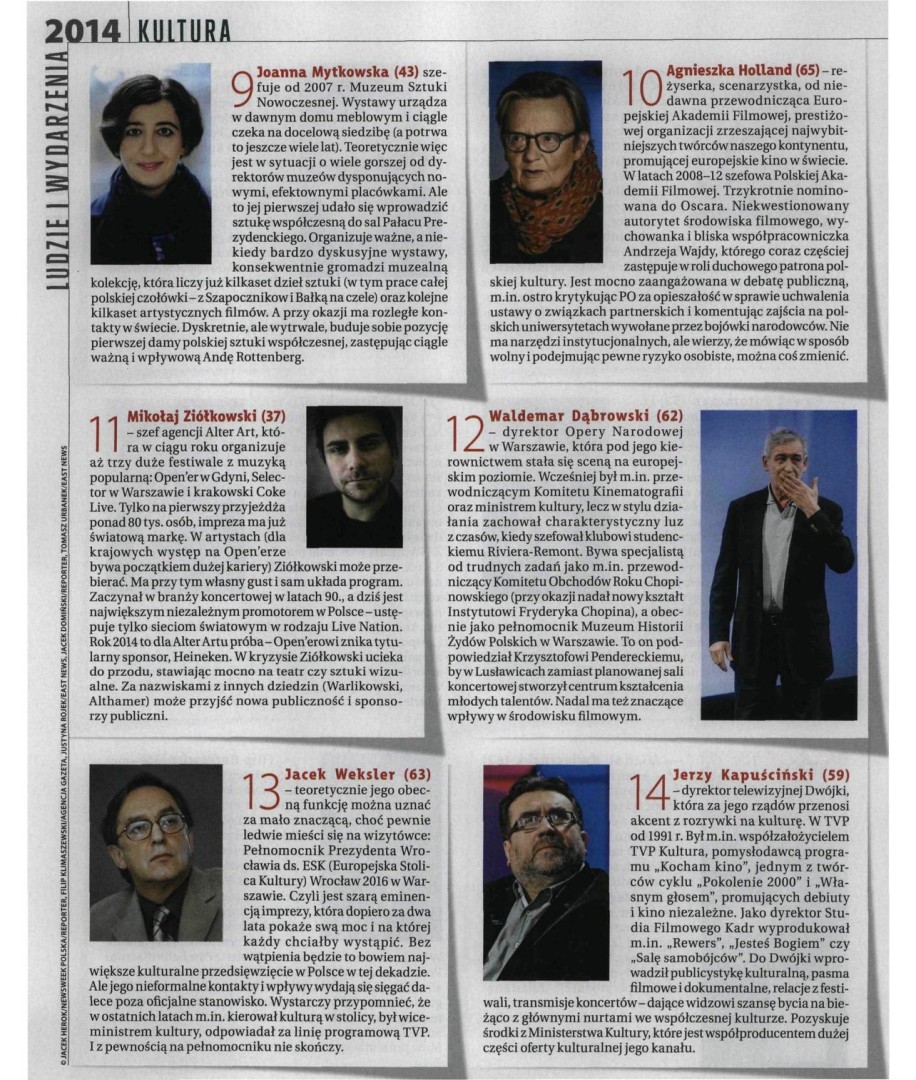 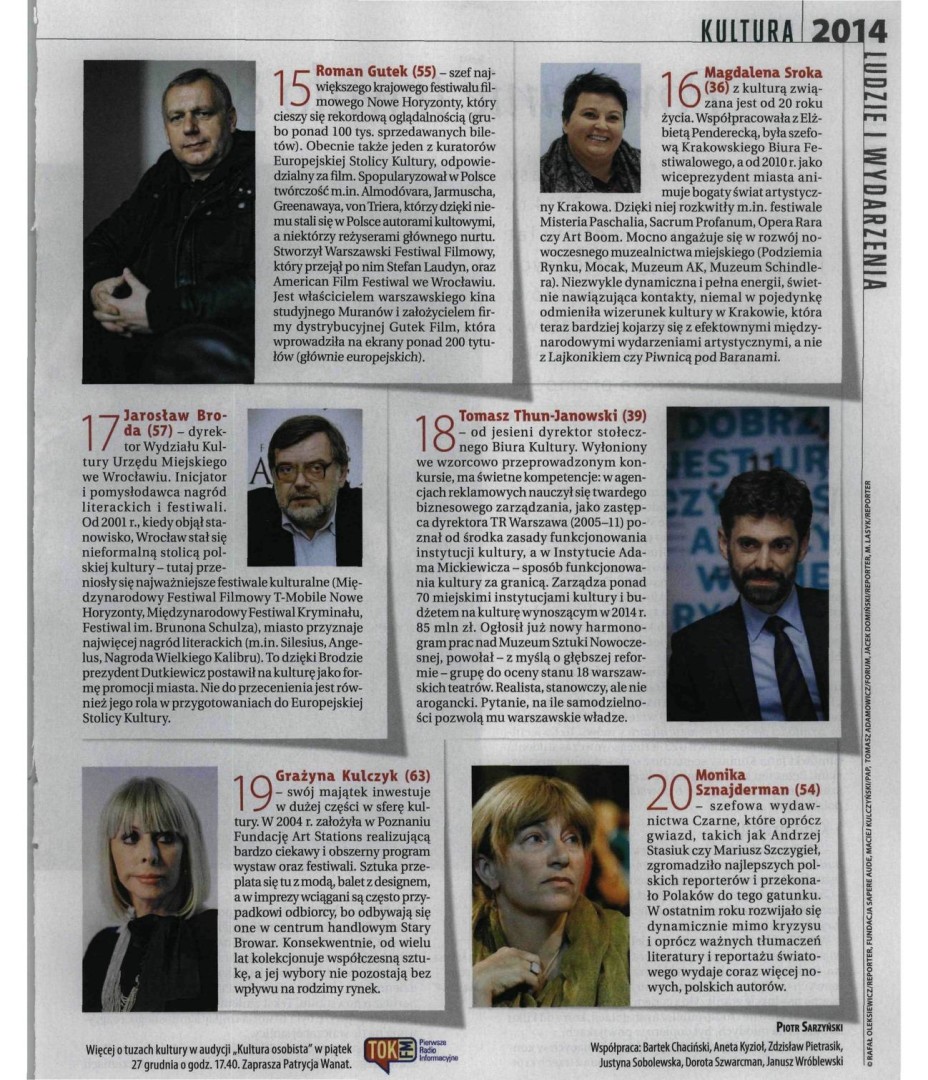