The 6th Conrad Festival, one of Poland’s largest literary events organised on such a great scale in Krakow, started on Monday 20 October. The festival’s high attendance figures every year, notable guests and successful meetings demonstrate that bold visions and dreams can be fulfilled. The first day brought two interesting meetings – with Olga Tokarczuk and John Banville.

Festival organisers emphasise the event’s educational aspect. The Reading Lessons series, held by book authors, academics and feature writers, has been attended by over ten thousand young people to date. This year’s Conrad Festival opened, yesterday at noon, with a successive Reading Lesson – with Grzegorz Jankowicz.

Later, towards the evening, a growing crowd filled the corridors and rooms of the Pod Baranami Palace, where most of the festival’s talks take place. The guest was Olga Tokarczuk, whose monumental work Księgi Jakubowe (Jacob’s Books) has just come out. From now on, Tokarczuk’s biographical entries will be divided into “before Księgi Jakubowe” and “after Księgi Jakubowe” – said Tomasz Pindel and Szymon Kloska, interviewers talking to the author.

The writer worked for several years on her massive, over 900-page novel. The volume was published with great care taken on every detail, including its design. Tokarczuk attempted to outline her work - The action is set in the 18th century. It begins on the Polish-Turkish border and ends in the Polish-German marchlands, telling the story of poor Polish people who become fascinated by the messianic concept.

One of the main characters in the book is Jakub Frank. My attitude towards him is very ambivalent – said the author. Today he would probably make an effective politician. He spoke many languages, he had no qualms with resorting to violence or manipulation. He was afraid of the written word – he knew it could be incriminating.

Tokarczuk also talked a lot about another character, the priest Benedykt Chmielowski. I tried to construct his personality based on a text. It was obviously an unauthorised psychoanalysis. I would never wish anybody to analyse me like this – said the writer, laughing.

Księgi Jakubowe, as the author admitted, is a tribute to all books, and the unintuitive numbering is a special tribute to Hebrew books. The Wydawnictwo Literackie publishing house consented to all my ideas – the writer was glad, explaining that the form of the novel is an allusion to Nowe Ateny (New Athens) by Chmielowski.

Allusions – this time to Freud – were also addressed during the meeting with John Banville. I admire him as an artist – said the writer about the author of Introductory Lectures on Psychoanalysis. – I refer to the maturation process as going away from home. Then I need to find a new shelter. A writer finds it easily because he wraps himself in language. But what about you? How would you handle this? – Banville asked his audience.

The Irish prose writer admitted that he looks at the English language from the outside. He also emphasised that the duty of a writer is not to feel settled anywhere, but to be beyond everything.

I try to be a painter myself – claimed Banville when asked about the obsession of art in literature – I try to do it with the word. In painting, I am particularly fond of long perspectives.

This somewhat poetic meeting with Banville, flowing between Freud and Austen, the past and the present, between feeling dismayed at the world and awestruck by its wonders, was followed by the evening’s music event – a concert of Rimbaud (Tomasz Budzyński, Michał Jacaszek, Mikołaj Trzaska) at the Alchemia club. The Conrad Festival – like every year – aims to be not only about literature, but also music, film and the visual arts. It also includes discussions with translators, who are an important link in the circulation of world literature.

On Tuesday at the Conrad Festival, among other events, there will be discussions with Jacek Hugo-Bader, Krzysztof Rutkowski, and Raja Shehadeh. There will also be a discussion on the role of language in the shaping of identity – not only that of a writer – with the participation of Inga Iwasiów, Zbigniew Kruszyński and Jerzy Sosnowski. 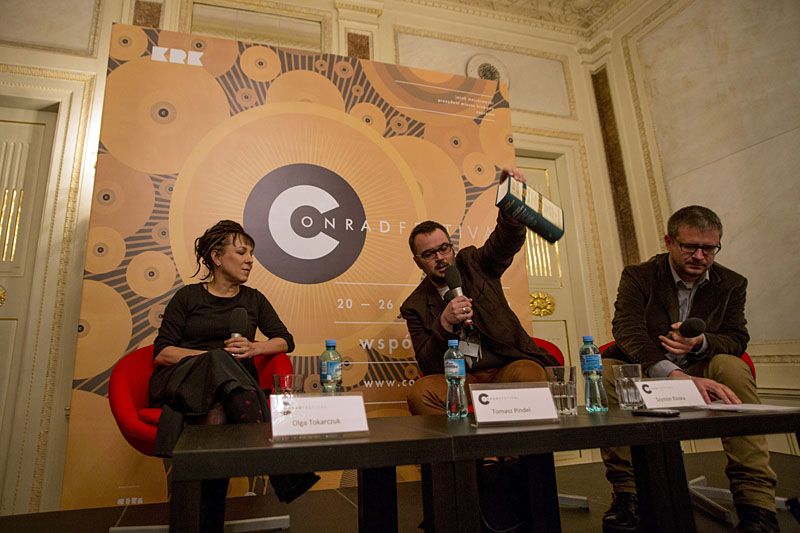 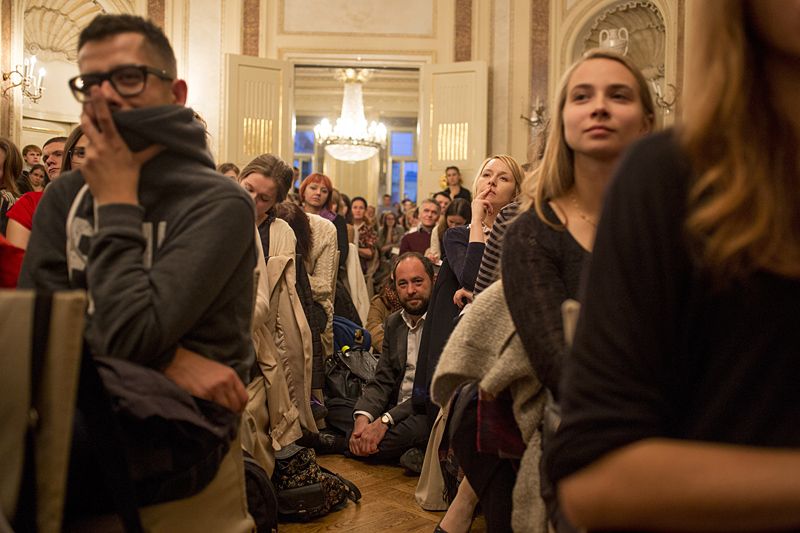 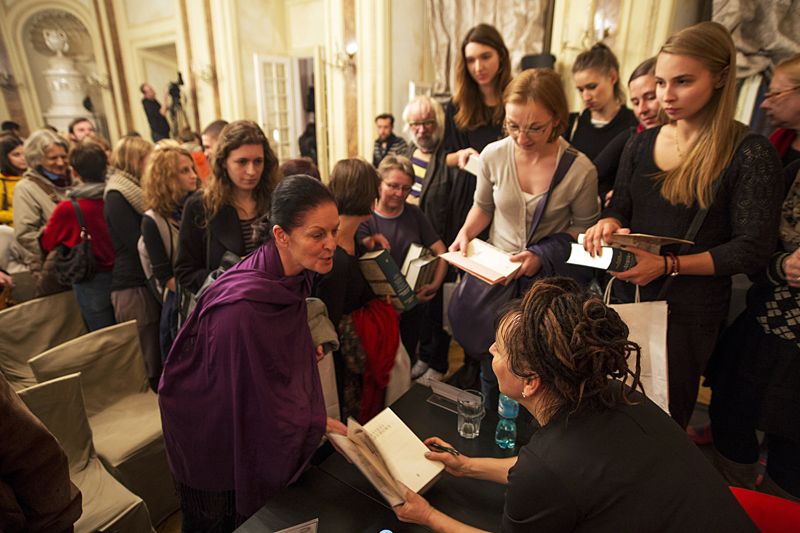 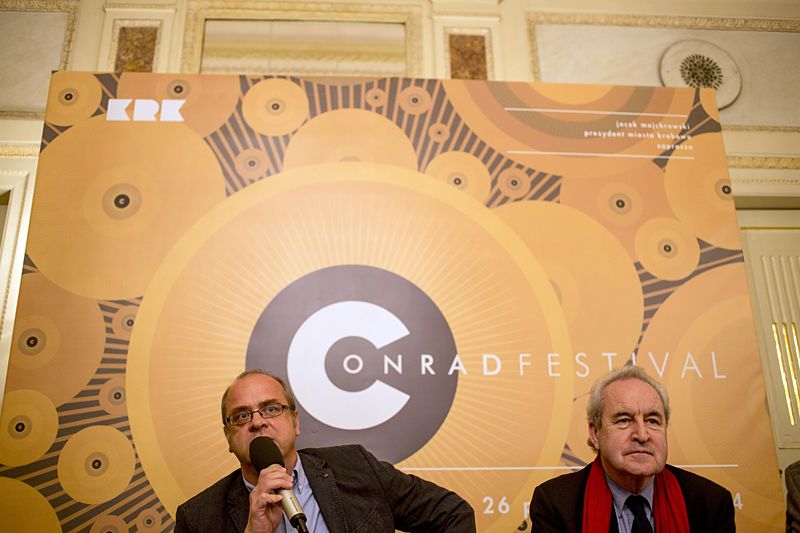 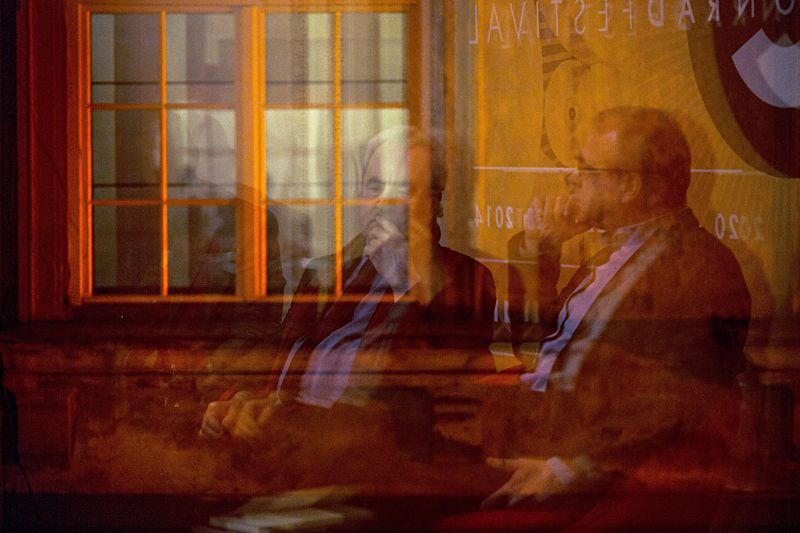 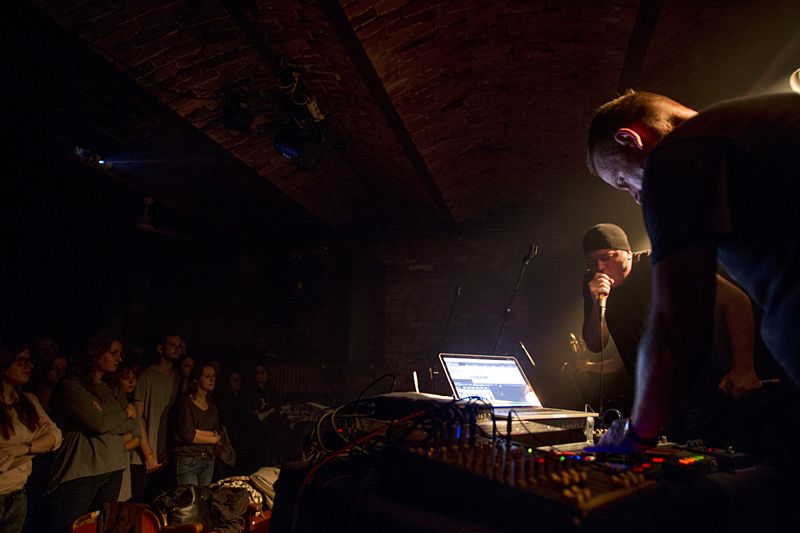