I was already 35 years old, when I became a reporter – recalled Jacek Hugo-Bader, and added: But I did not waste my life earlier. I learnt something. The conversation with the journalist, as well as reflections about politics, and translations of Scandinavian literature, and the stories concerning the film production of Paul Auster made the festival day on Tuesday.

Jacek Hugo-Bader is a leading Polish reporter, the author of such books as White Fever or Kolyma Diaries. Yesterday he had a meeting with readers and discussed his famous book, A Long Film about Love. Return to Broad Peak. The reporter describes in it the backdrop of the mountain expedition aimed at finding and burying the bodies of the tragically deceased climbers.

Did you go to these mountains for the subject or for yourself? - Michał Olszewski, who presided over the meeting, asked Hugo-Bader. For the subject - the reporter replied, and then expressed it more precisely: My private life is incredibly interwoven with the professional one.

Hugo-Bader stated that nobody had ever written an objective report and that it was actually impossible. A report constituted a subjective translation of reality – the author said.

Almost parallel to the meeting with Hugo-Baderem, in another room of the “Pod Baranami” Palace, a discussion with Anna Topczewska and Katarzyna Tubylewicz about Scandinavian literature was taking place. It was conducted by Jan Balbierz.

Politics, on the other hand, dominated the conversation with Raja Shehadeh, a human rights activist in the Middle East. Shehadeh, who set up the Al-Haq organization (meaning “Truth”), was talking about the situation in Palestine.

I am not a political writer - Shehadeh declared. My walks are political. Geography and landscapes likewise. In my book Palestinian Walks I write about the destroyed land, and I am also a political writer, because I do not accept what is easily acceptable.

Shehadeh admitted that after the outbreak of the conflict in the Middle East he had felt lost. He wrote in order to fight the obsessive thoughts. Thanks to that he could carry on. It is not very easy to live with me – he said.

Late in the evening, at the “Pod Baranami” cinema, yet another part of the film band took place. This year, at the festival, we watch the works of Paul Auster. This event is even more valuable as the introduction to the films is presented by the author himself.

The title of the film that was shown yesterday - Blue in the Face - refers to the situation, in which we talk about something for such a long time that our face become bluish, and our interlocutor cannot understand us anymore. Auster explained the meaning of the title, at the same time emphasizing the performance of the actors appearing on the screen: Jim Jarmusch, Lou Reed, Madonna, or Roseanne Barr.

Auster admitted that the film was made in very difficult conditions, actually in a hurry, but on the whole the realization turned out to be an unusual adventure. Sometimes I think that this was tomfoolery of teenagers, but even more often I simply remind myself that I really enjoyed myself - said Auster.

Wednesday, the next festival day, will bring about such events as the opening of the KafKa w KomiKsie exhibition, a meeting with Michał Paweł Markowski who has just published a new book entitled Day on Earth. Travelling Prose. Above all, however, there will be Paul Auster’s author’s evening at the ICE Krakow Congress Centre. 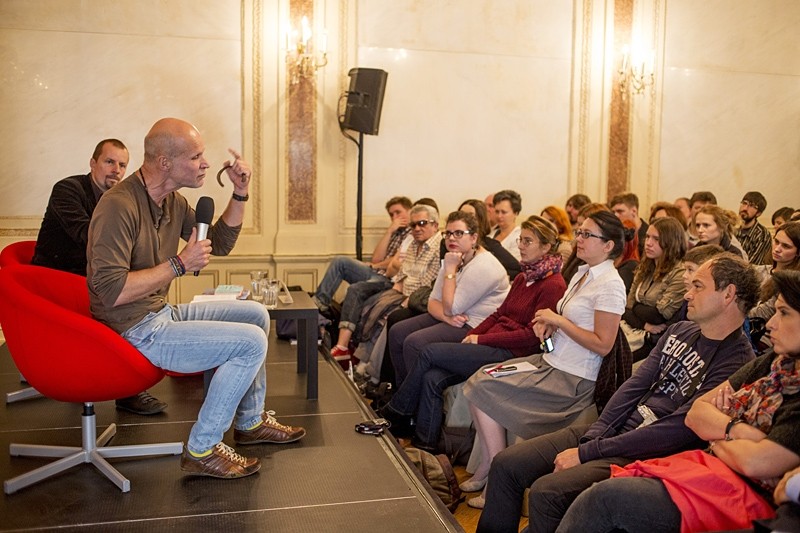 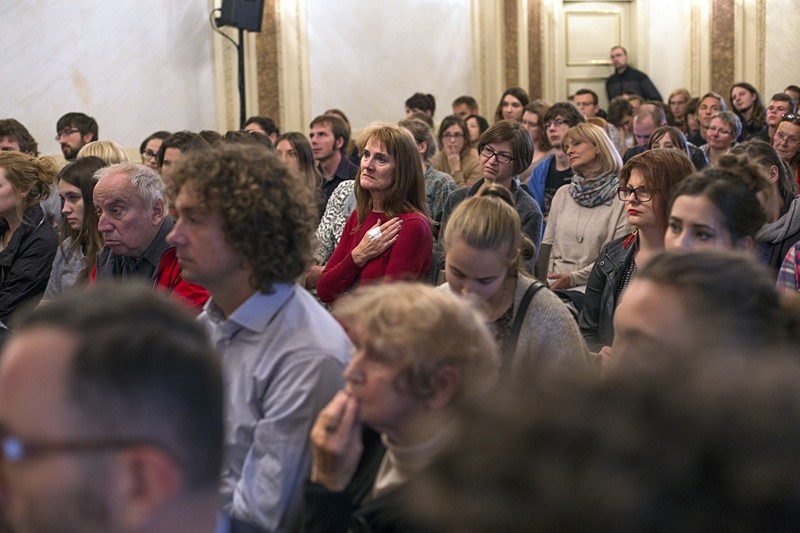 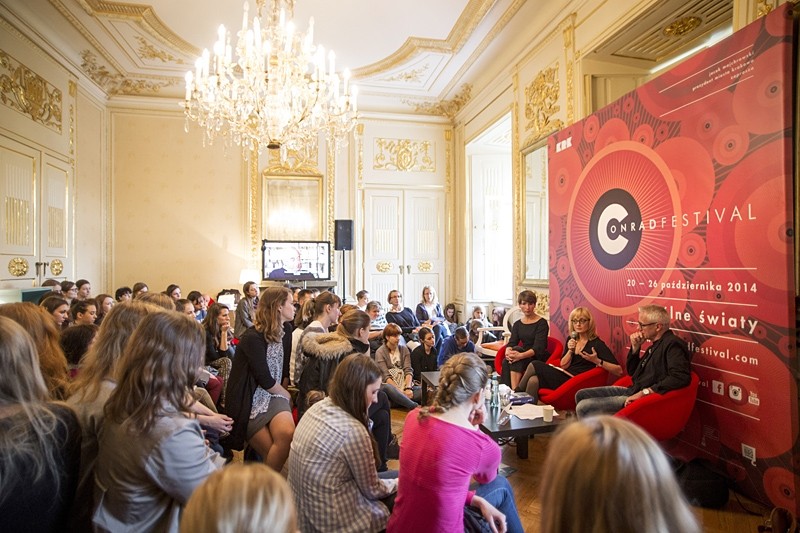 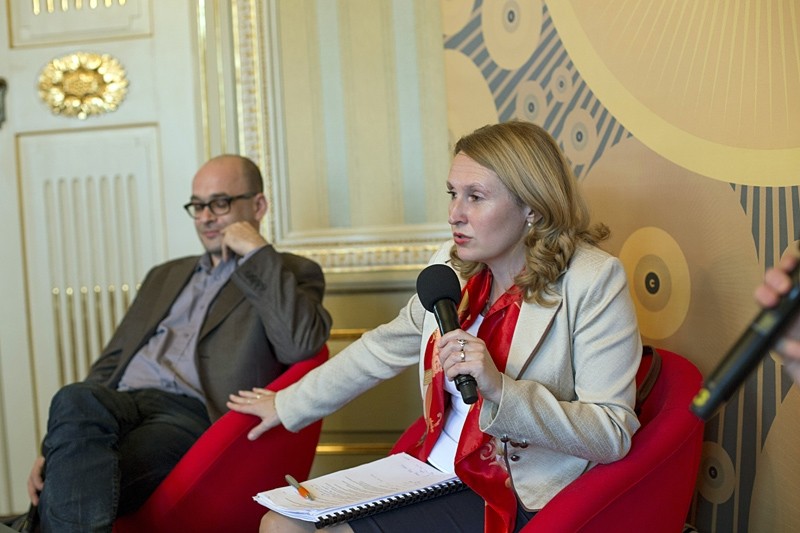 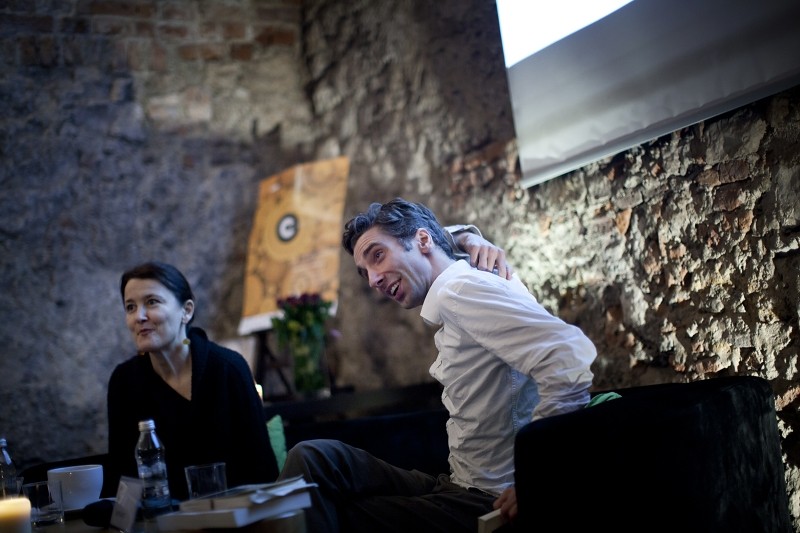 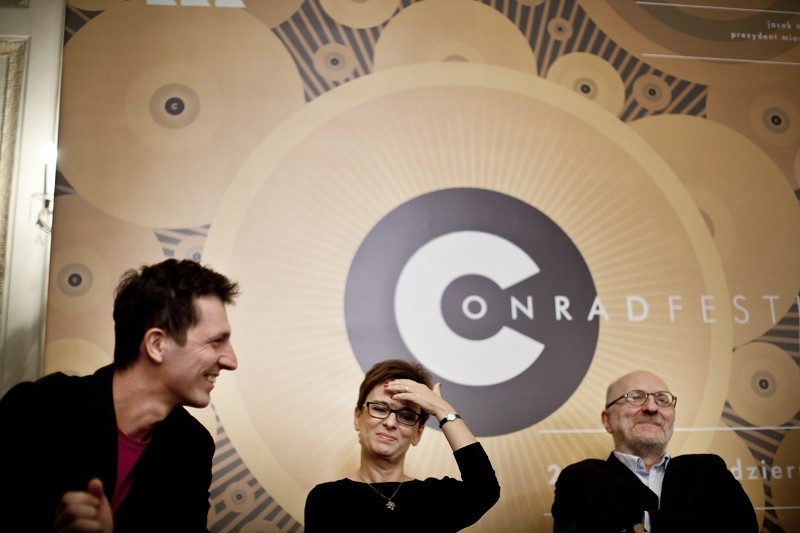 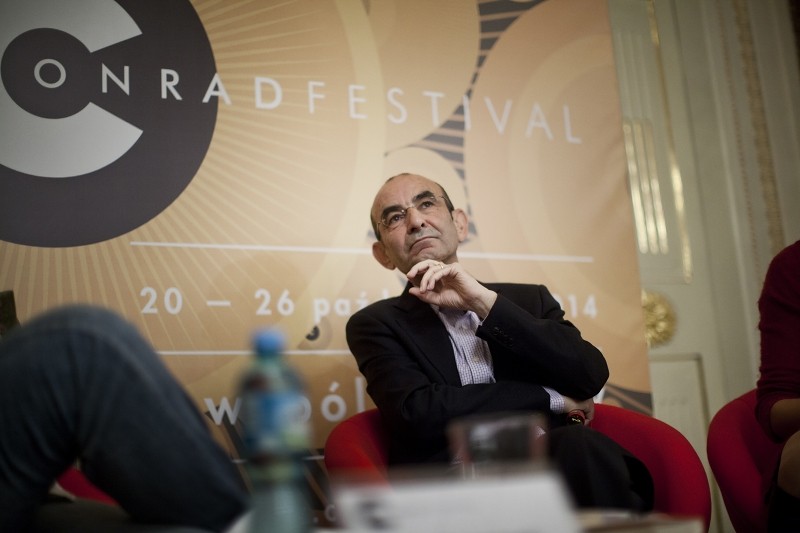