23 October 2014 Writing as a necessity (and other addictions)

The reading of Dostoyevsky’s 'Crime and Punishment' shattered me into pieces. I was 15 at that time, and was already writing a lot – yesterday said Paul Auster, one of the stars of this year’s Conrad Festival. On Wednesday we also participated in the debate between Inga Iwasiów and Janusz Głowacki, the opening of the KafKa in KomiKs exhibition and the premiere of Michał Paweł Markowski’s book.

Introducing Paul Auster, an outstanding American writer, author of highly popular books, including such leading titles as The New York Trilogy and Smoke, Grzegorz Jankowicz said hat the author usually introduces himself as an American, a New Yorker, a traveller, a husband, a father, a writer and an adventurer. However, the meeting focused chiefly in the creative dimension of Auster’s life.

The audience at the newly opened ICE Kraków Congress Centre learned that writing is the best thing Auster could imagine. And that he has been involved in writing since his early youth, because writing was great fun for him. – At the beginning you hear a buzz in your head. A certain rhythm is being born out of that sound and in this way the music of the book is created. The process continues, sometimes for weeks, sometimes for months and even for years – explained the writer.

Paul Auster said that there is something physical about the very act of writing. – I feel that writing is a necessity, and the intensity of this activity can be heard when I am typewriting the texts. The author at work – as his own first reader –may be cruel at times. He deletes and corrects a lot.

Part of the discussion strayed towards the philosophical and existential themes of loneliness and destiny. Auster declared his love for the English language and said that even if you write about the everyday life, you always touch the social matters. – At a certain level everything is politics – he said.

At the meeting we could also hear an excerpt of Auster’s prose in the original language (read by the author) and the Polish translation read by the mysterious guest, the actor Marek Kondrat.

Later at night, Pod Baranami Palace was the venue for an interesting experiment – the dialogue between Inga Iwasiów and Janusz Głowacki. The authors – usually pertaining to rather distant literary worlds – this time had the opportunity to confront themselves with diverse matters and themes. Much was talked about femininity, New York and art.

Kosiński put everything into his books at once. At some point people simply avoided him - said Głowacki. He said that in Los Angeles – but surely also in many other places around the world – there is a small restaurant where authors, screenwriters and directors meet. There is always a hunt for interesting and uncanny stories, which can later be put in the work of writing.

One of the themes of discussion was alcohol. Authors openly praised or criticised the way this theme was dealt with in literature and film (Iwasiów liked Pod Mocnym Aniołem (The Mighty Angel) based on Jerzy Pilch’s novel and directed by Wojtek Smarzowski; Głowacki recommended Marek Piwowski’s Korkociąg (Corkscrew)). They also talked about their own experience.

Earlier at the Festival, K: KafKa in KomiKs exhibition had opened. Drawings and various object created in relation with the book and the biography of the author of The Trial are displayed at the exhibition. It should be noted that the 90th anniversary of the writer’s death falls this year. Until 13th November Kafka-related works may be seen in the Arteteka at the Voivodeship Public Library in Krakow.

Among new books which appeared at the Festival, we could also find Dzień na ziemi. Proza podróżna (Day on Earth. Travelling Prose) by Michał Paweł Markowski. The volume combines elements of a novel, travelling notes and photographs. Sensual aspects and reflections form an important dimension of this book. The author interviewed yesterday by Marek Bieńczyk.

Today at the Conrad Festival we will be offered a meeting with Etgar Keret, a talk with Mircea Cartarescu, a Poland-Hungary duel (by Victor Horvath and Krzysztof Varga), but first of all the evening with Boris Akunin

The Conrad Festival is a joint project of the City of Krakow, the Krakow Festival office and the Tygodnik Powszechny Foiundation. For the Festival Programme click here. 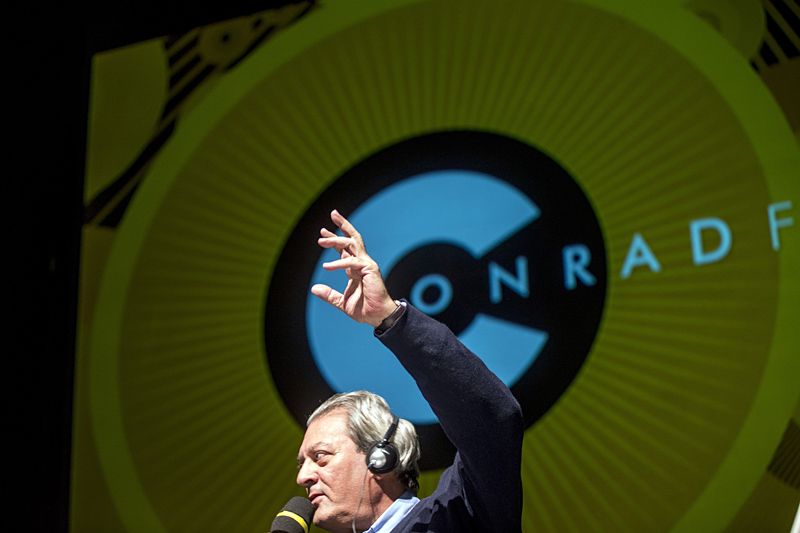 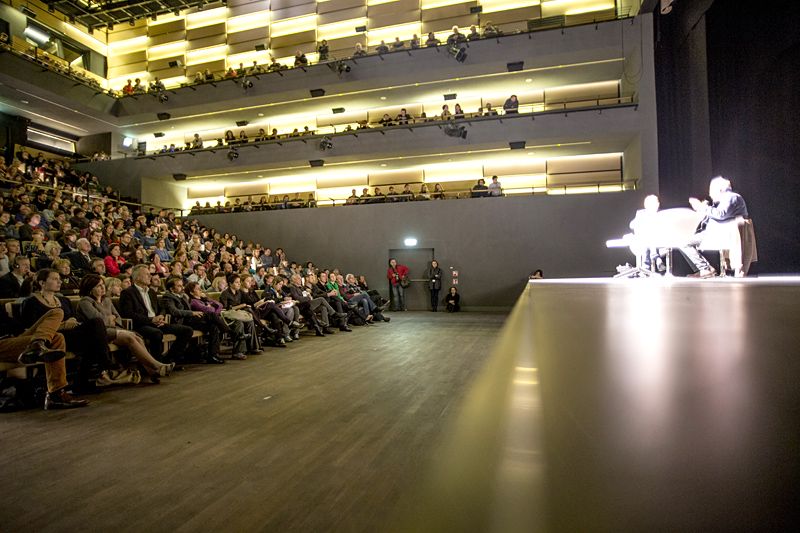 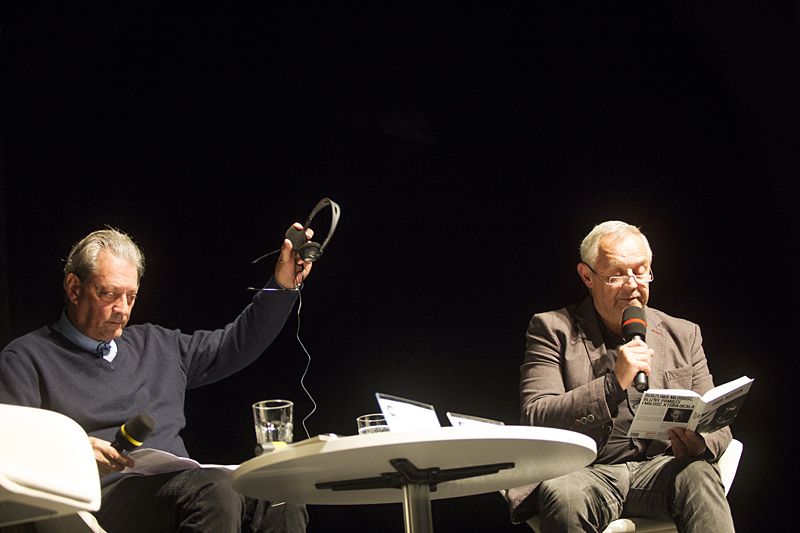 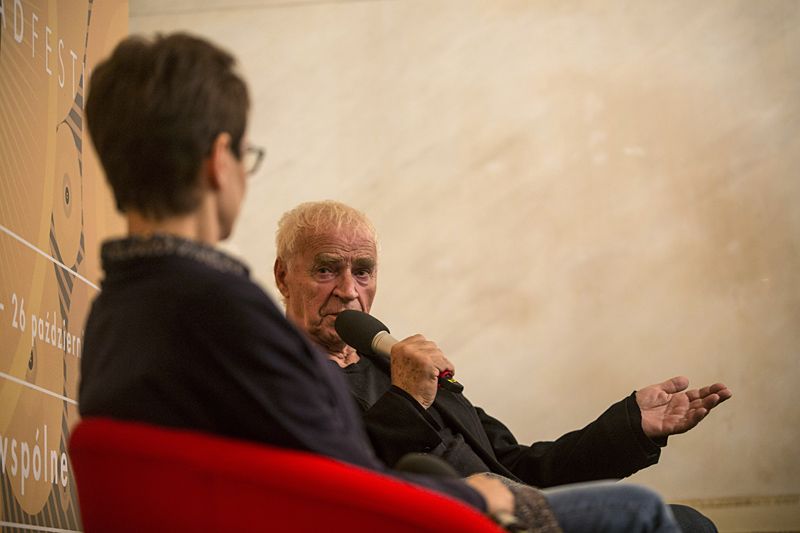 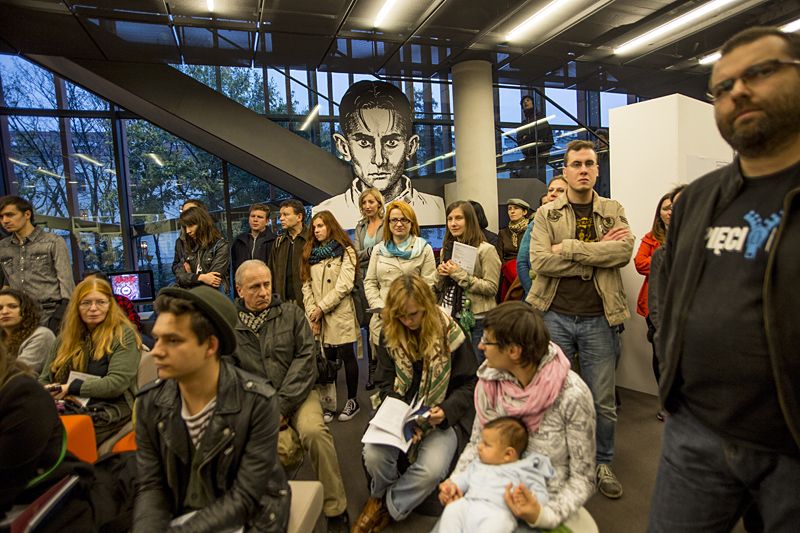 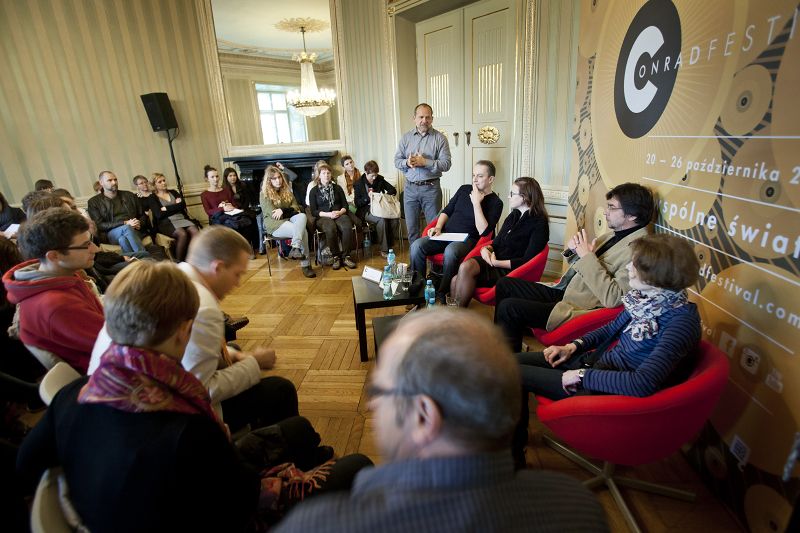