In 1945 the Nazis were defeated. But we live in a world that has been ethnically cleaned. And it is terrible - said Miljenko Jergović at the evening meeting in the International Cultural Centre. Earlier, Klementyna Suchanow and Małgorzata Rejmerhad talked about Cuba and Romania as they see them. But the true stars of Saturday events at the 6th Conrad Festival were children.

Before noon, at the Pod Baranami CInema- right next to the rooms where most festival discussions were held – we could watch the film Król Maciuś I [ King Matt I]. After the film showing, the youngest audience participated in an art workshop.

At noon, in the Wyspiański Pavilion, children and their parents were drawing A map of stories: Joseph Conrad. Then, in the early afternoon at ZNACZY SIĘ New Art Foundation Gallery, kids participated in the workshop under the telling title Wyobraź sobie...(Imagine…). After all, a play may be as good introduction to becoming a book lover as any other method, argue the organisers.

Passion is very important. Guests at the meeting Own Worlds revealed writers’ motivations.

Małgorzata Rejmer, the author of the book Bukareszt. Kurz i krew [ Bucharest. Dust and Blood] disclosed her own path to the capital of Romania. I simply abandoned my comfortable and organized life, and set off on a journey, with a big red suitcase filled with notes - said Rejmer. The author also admitted the she compared Bucharest with Warsaw and to Poland. The capital of Romania became a challenge for her. Bucharest illustrates a demise of the empire, but the city is still impressive – admitted the author.

Klementyna Suchanow, translator, author of Królowa Karaibów [The Queen of the Caribbean Islands]. talked about her fascination with Cuba. She also proposed different scenarios of what might happen to Latin America after the change in power and system. If the right moment comes for Cuba to open, it may become another small island to which tourists come to get some sex and drugs. In this way we will be back at the starting point - speculated Suchanow.

The Saturday Festival meetings also included a talk with Wojciech Nowicki, a meeting with the French writer, poet and essayist Jacques Jouet and a debate on the book Gombrowicz, 'Kronos' i teatr [Gombrowicz, 'Kronos' and Theatre] with Krzysztof Garbaczewski, Grzegorz Jankowicz and Janusz Margański, because the new Grzegorz Jankowicz’s book Gombrowicz - Loading. Esej o formie życia [Gombrowicz - Loading. An Essay about the Form of Life] appeared among the Festival’s premieres.

De Revolutionibus bookshop hosted a discussion on the condition of small publishing houses, involving Krystyna Bratkowska of Nisza and Zuzanna Łazarewicz of Dodo Editor. The stories of small publishers may not look as great success stories, but they still show that passion is one of the most important motivations in the world of literature.

The Saturday Festival’s meetings concluded with the emotional debate with Miljenko Jergović, ranked among Croatia’s most outstanding novelists and journalists. The moderators - Miłosz Waligórski and Magdalena Petryńska – began from the Polish connections. Jergović reminded, among others, Ernest Otto Wilimowski – the hearo of his short novel, a real-life character. Wilimowski was a great footballer who represented Poland and later the 3rd Reich. During the occupation he became traitor. His mother had an affair with a Russian Jew and was sent to the Auschwitz camp. Thanks to Wilimowski’s mediation, the woman was released- said the writer.

Referring to the Festival’s motto – Shared Worlds—Jergović tried to find the bridges between the Balkans and Poland. He discovered them in the myth of Galicia. It is a story about the birth of multiculturality and interdependence, but at the same time the birth of great hate within that community – said the writer. After 1945 we defeated the Nazis, but we live in a world that is ethnically cleaned. And it ’s something terrible, because a multicultural world is much better, even if there is hate in it.

The last day of the Festival offers such attractions as the afternoon in Edinburgh, and meetings with Agnieszka Taborska, Dariusz Czaja and Maciej Zaremba Bielawski. 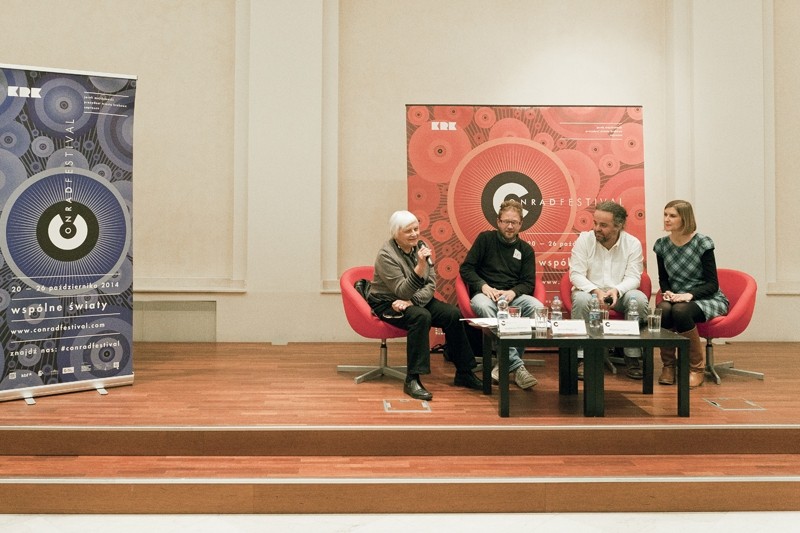 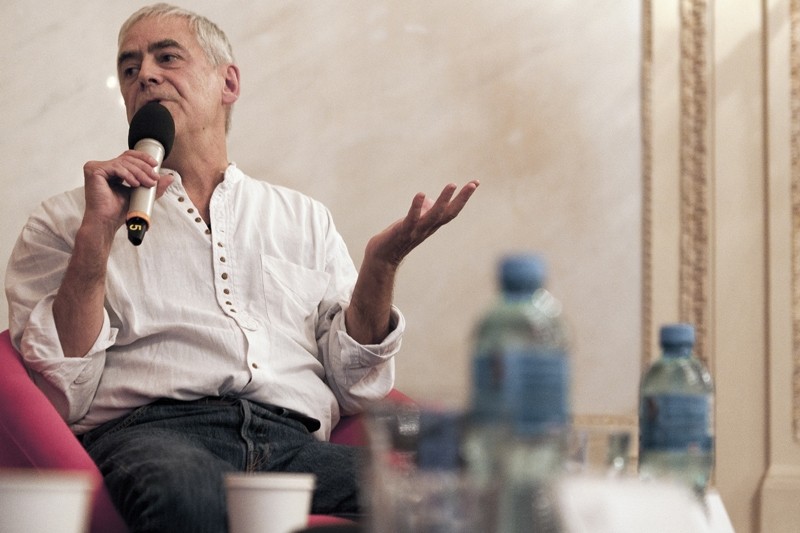 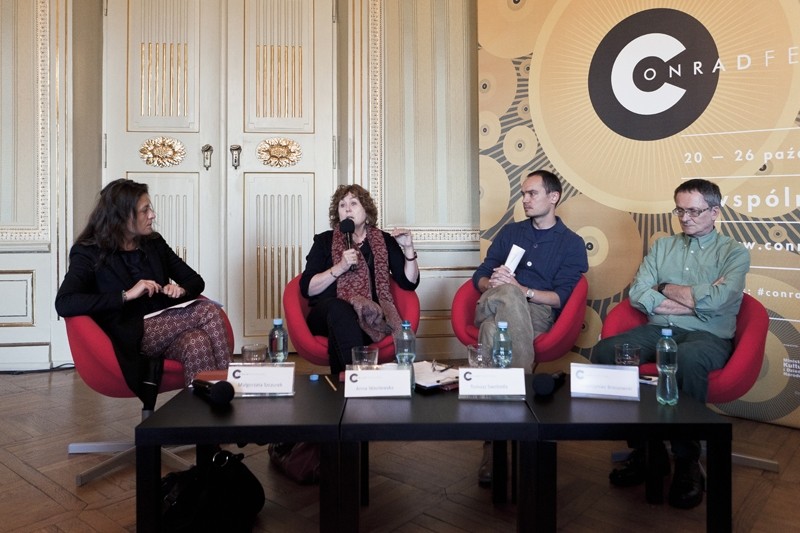 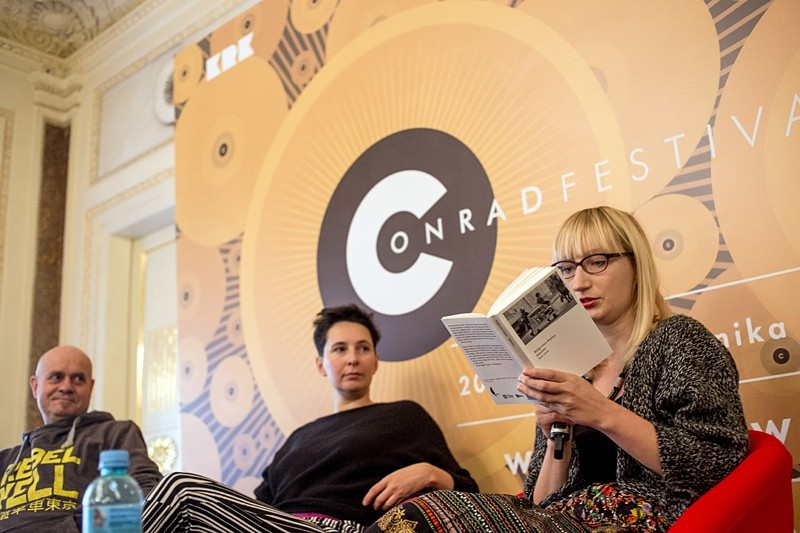 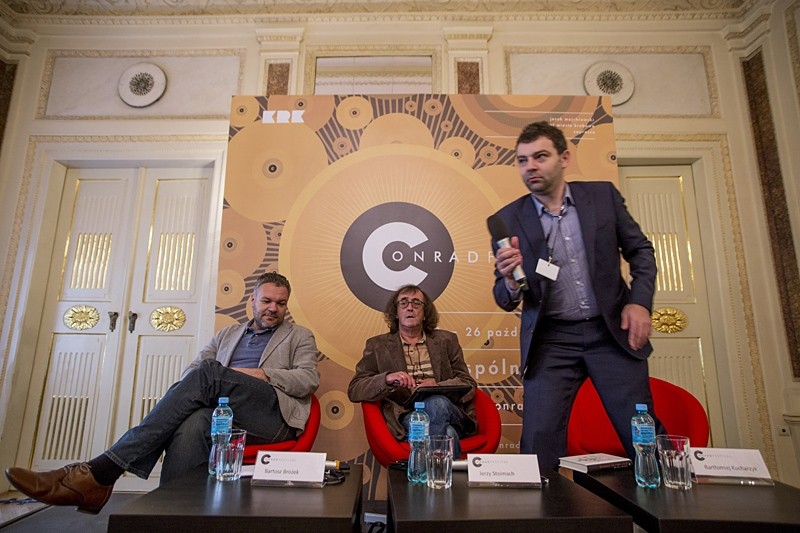 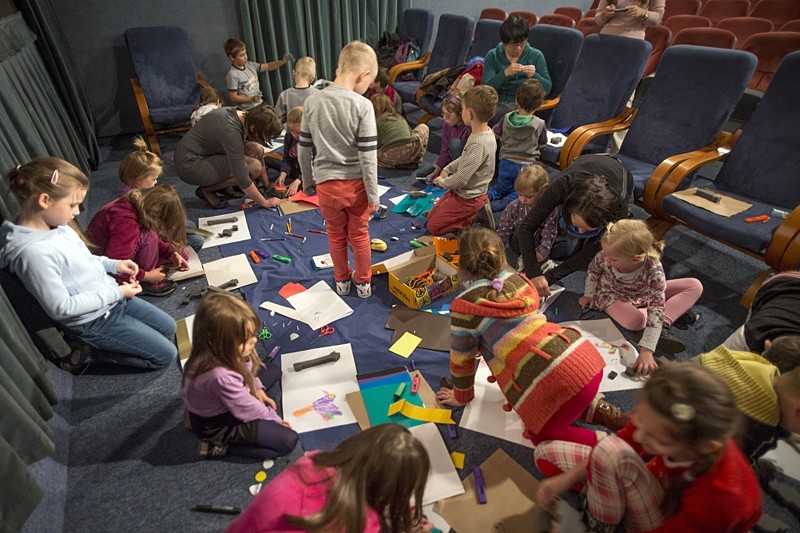