16 October 2015 There are only three days left until the Conrad Festival!

There are only three days left until the Conrad Festival! It’s high time to set up your festival calendar. There is plenty to choose from – Alexievich, Spiró, Tavares, Myśliwski, Franzen, Tokarczuk, Krall, Coover, Majd, Daoud, Szczygieł, Tochman – these are only some of our festival guests.

We also invite you to take part in the vernissages, workshops, bookshop meetings with the stars of the festival, as well as our themed programmes – film, children’s, artistic, Lithuanian, industry - and much more!

Don’t forget about the virtual side of the Festival. You can not only follow us on Facebook, Twitter and Instagram, or check our website (where reports from meetings and more will be posted), but also watch our live transmissions on Periscope (they can be viewed for 24 hours after the meeting). The links to the transmissions will be available on our Twitter.

The anticipation is rising – starting on Monday, we’ll be swimming against the current! See you at the Conrad Festival! 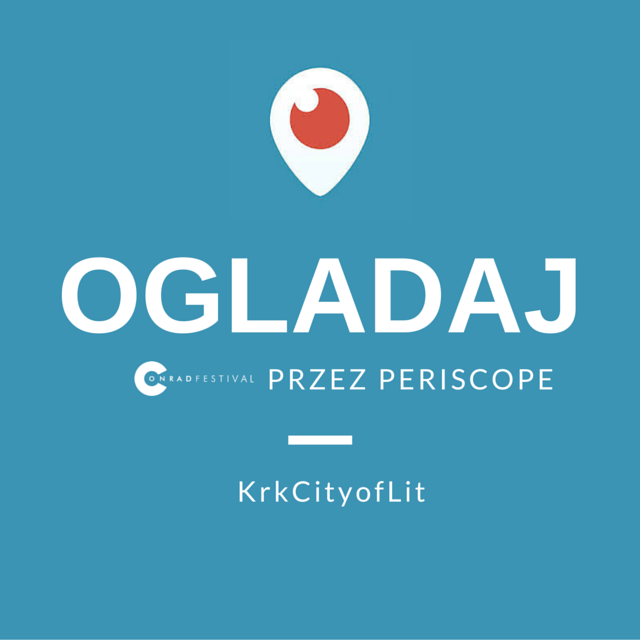