The first day of the Conrad Festival started off with a strong accent. The thing we will most certainly remember was the presence of Nobelist Svetlana Alexievich and two-time Nike Award laureate Wiesław Myśliwski – but the inauguration of the Festival brought many more experience.

Svetlana Alexievich, who was the first to take part in the Festival opening press conference, made the Audutorium Maximum of the Jagiellonian University the literary heart of the world for the duration of the “Unwomanly face of Russia” meeting. The discussion attracted crowds of people, who filled the auditorium that seats over 1000 people to the brim. It was well worth it – the writer spoke movingly about her journalist experiences (particularly the meetings with the women she described), her creative work, her plans for further books, as well as answering a long series of reader questions.

After the meeting with Alexievich, festival goers gathered in great numbers at the Under the Rams Palace (Pałac Pod Baranami) to take part in the “Taming the world” discussion with Wiesław Myśliwski. As it turned out, the discussion was an opportunity to refresh the image of the writer, clearing away the many clichés laid over it, and to understand what peasant culture means for the author of the Treatise on Shelling Beans, along with the metaphorical way of thinking about the world connected with it and the world-creating possibilities of literature. What’s more, while answering a question from the audience about the “death of the author”, we heard the reassuring answer that Myśliwski has no intention of leaving this world and that his creative work is not done yet.

“Whose Ukraine?” was the subject of the first festival day discussion by Igor T. Miecik, Paweł Pieniążek and Ziemowit Szczerek, along with Iryna Vikyrchak. The meeting showed how closely literature and politics can intermingle. The problems that were discussed are things we hear about every day: the political and social situation in Ukraine, the corruption in the country’s government, but also the hopes connected with the painfully-born citizenship attitudes and identity changes. 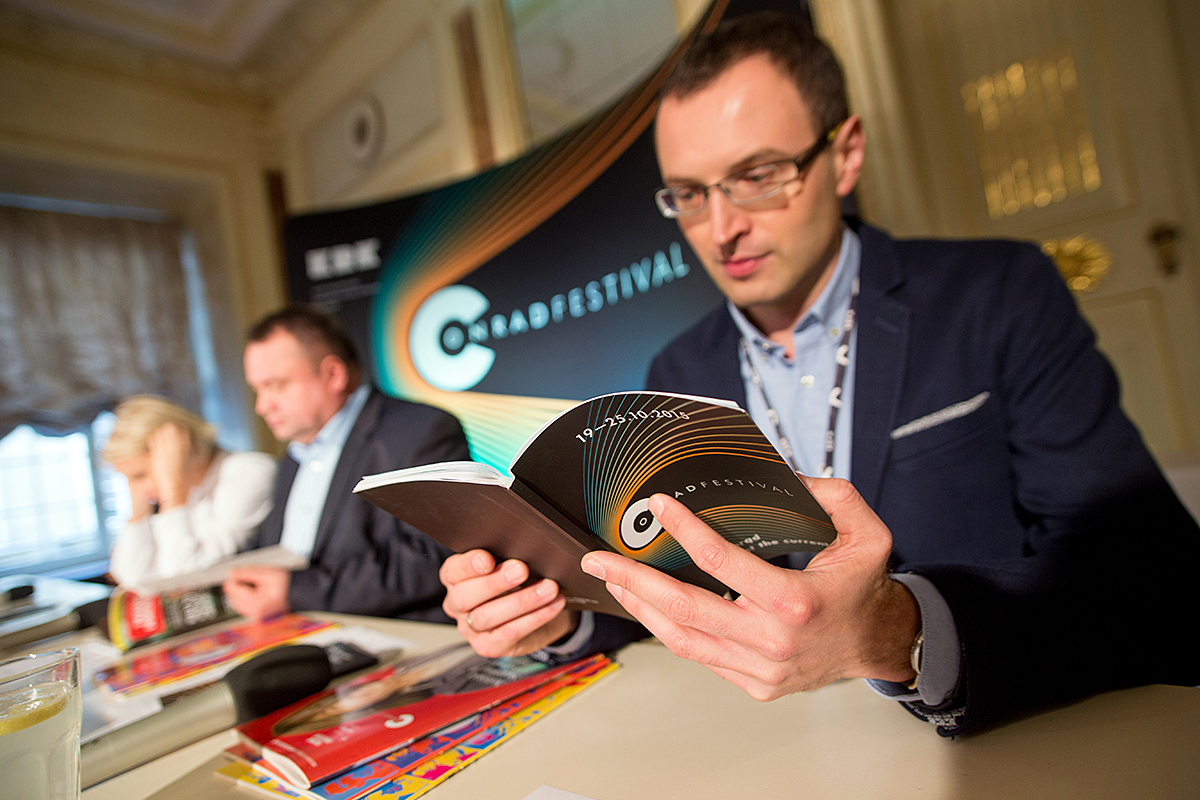 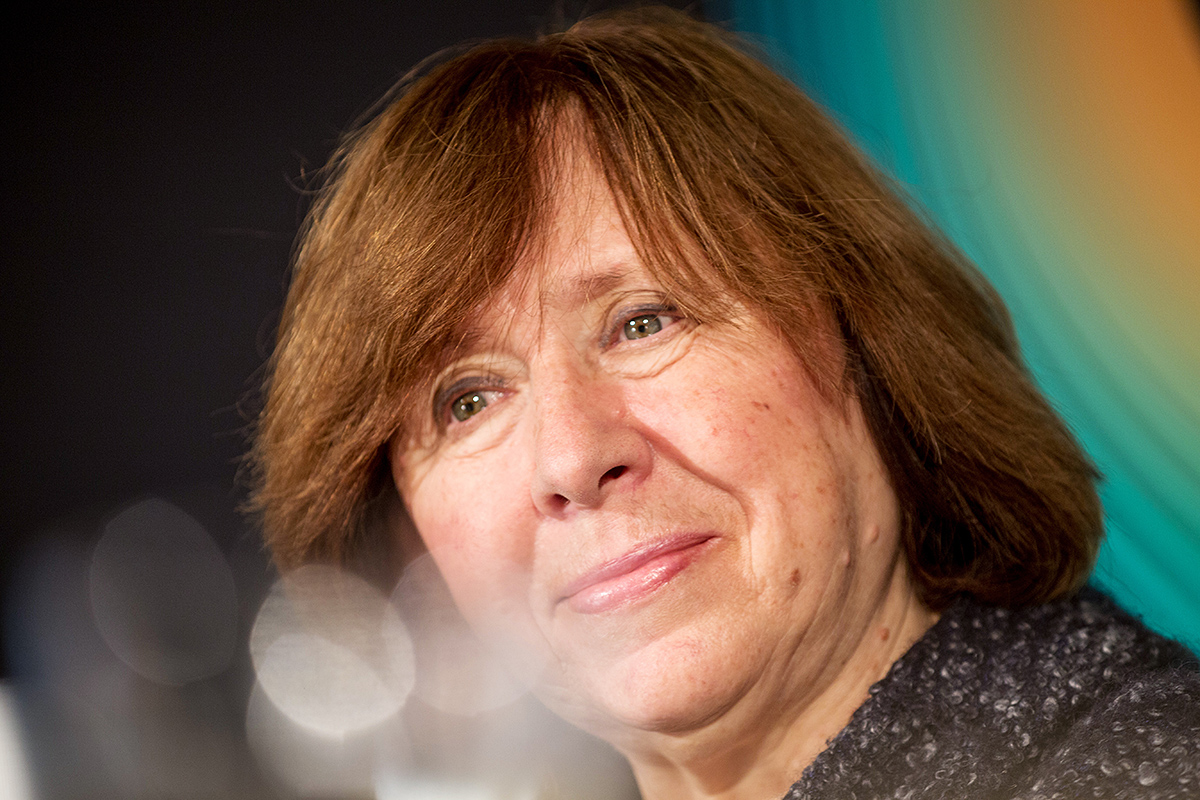 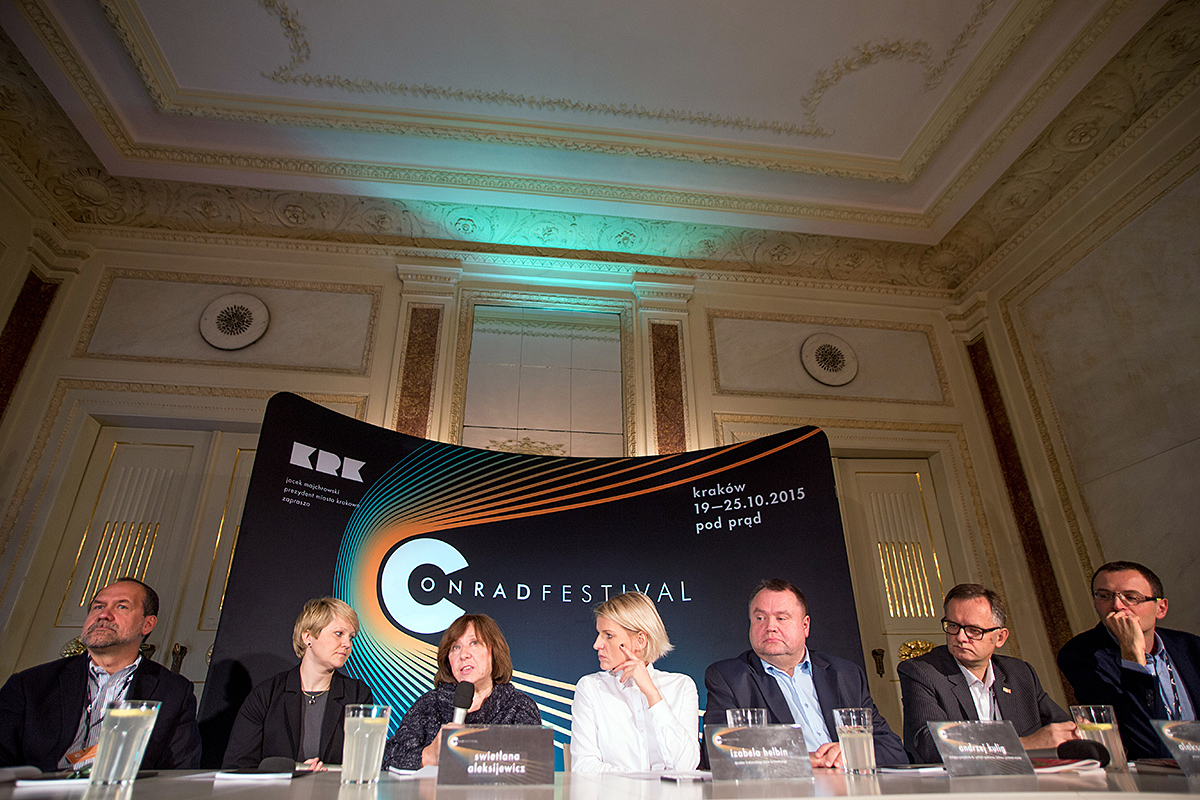 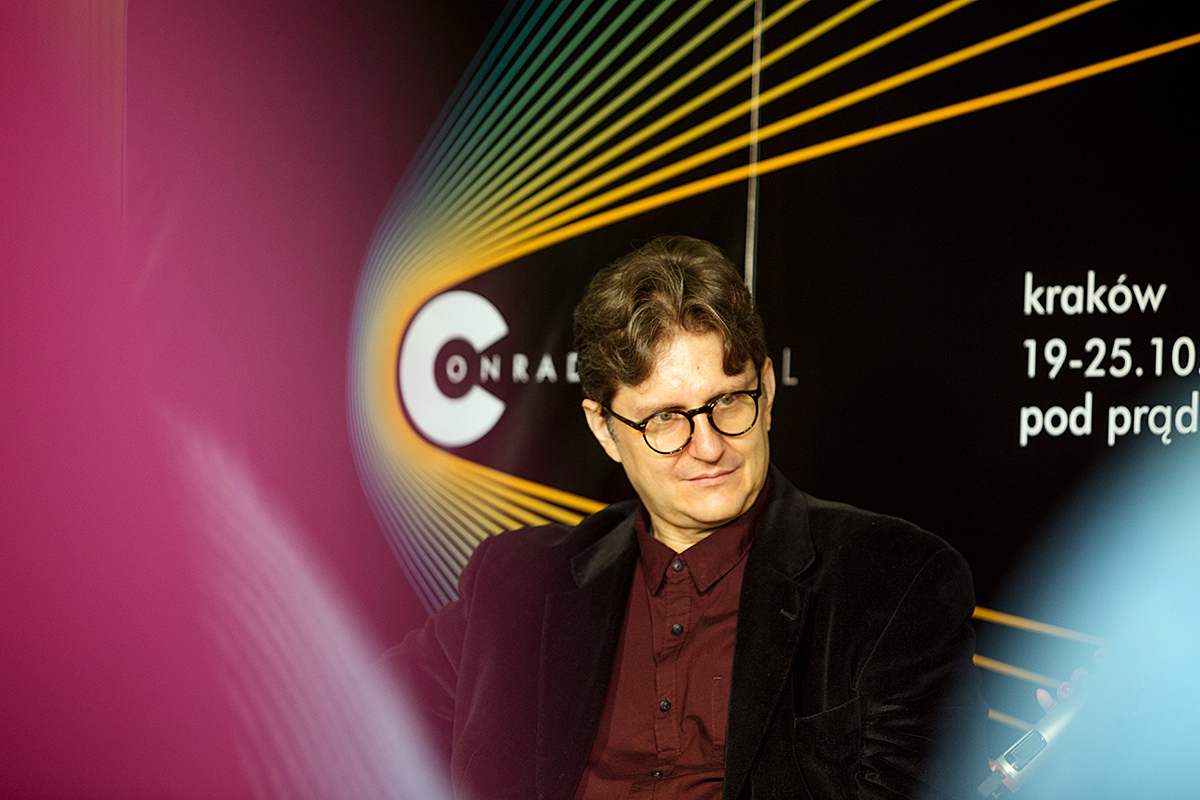 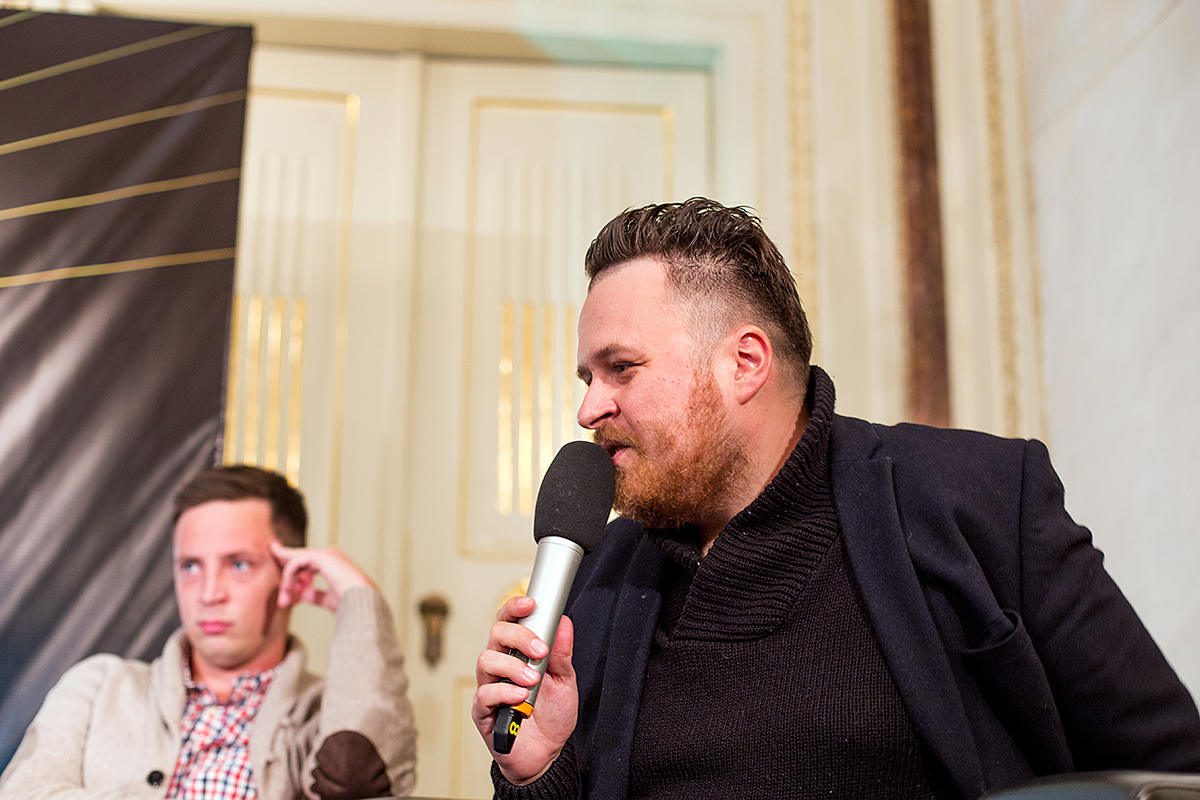 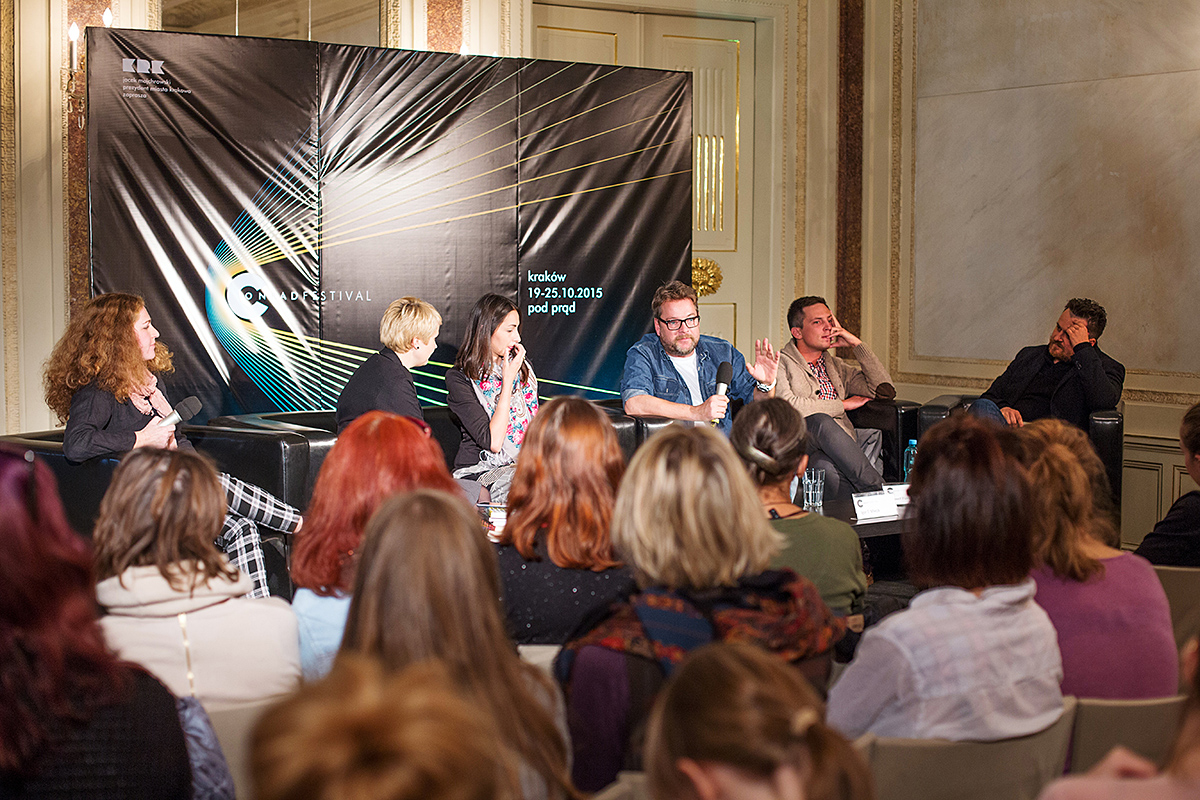 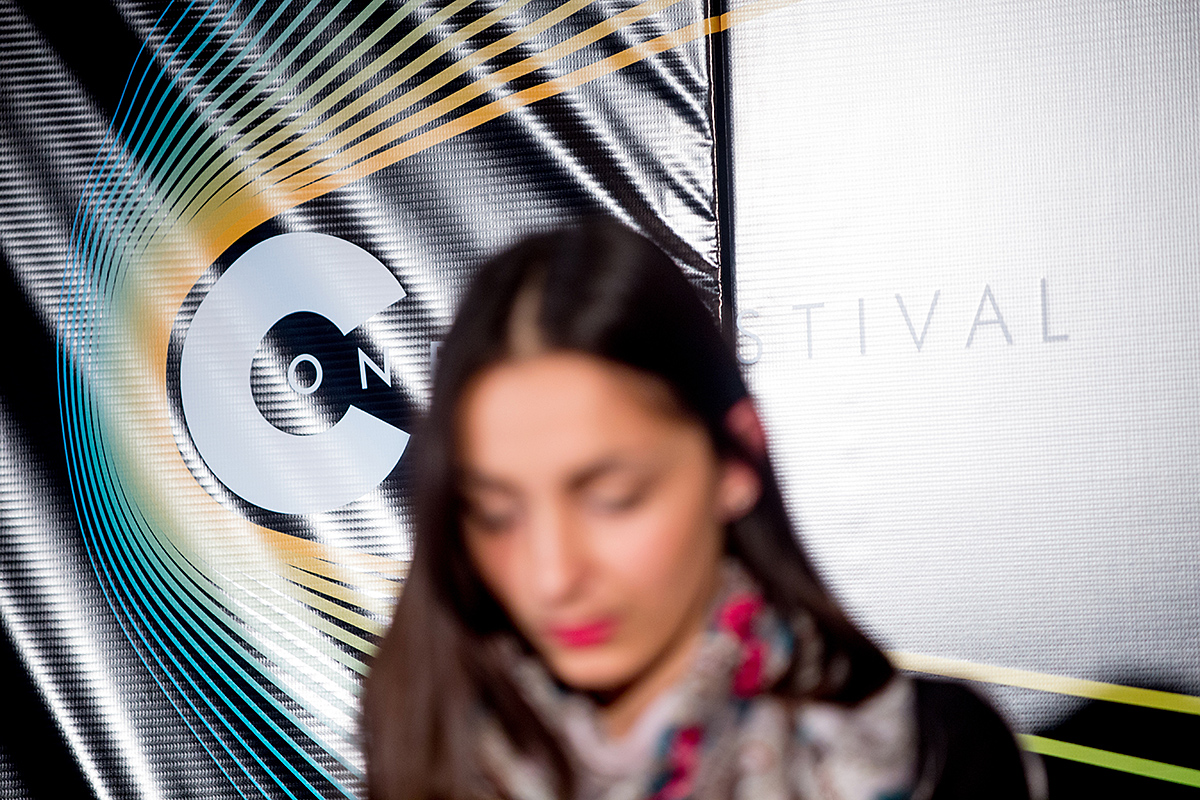 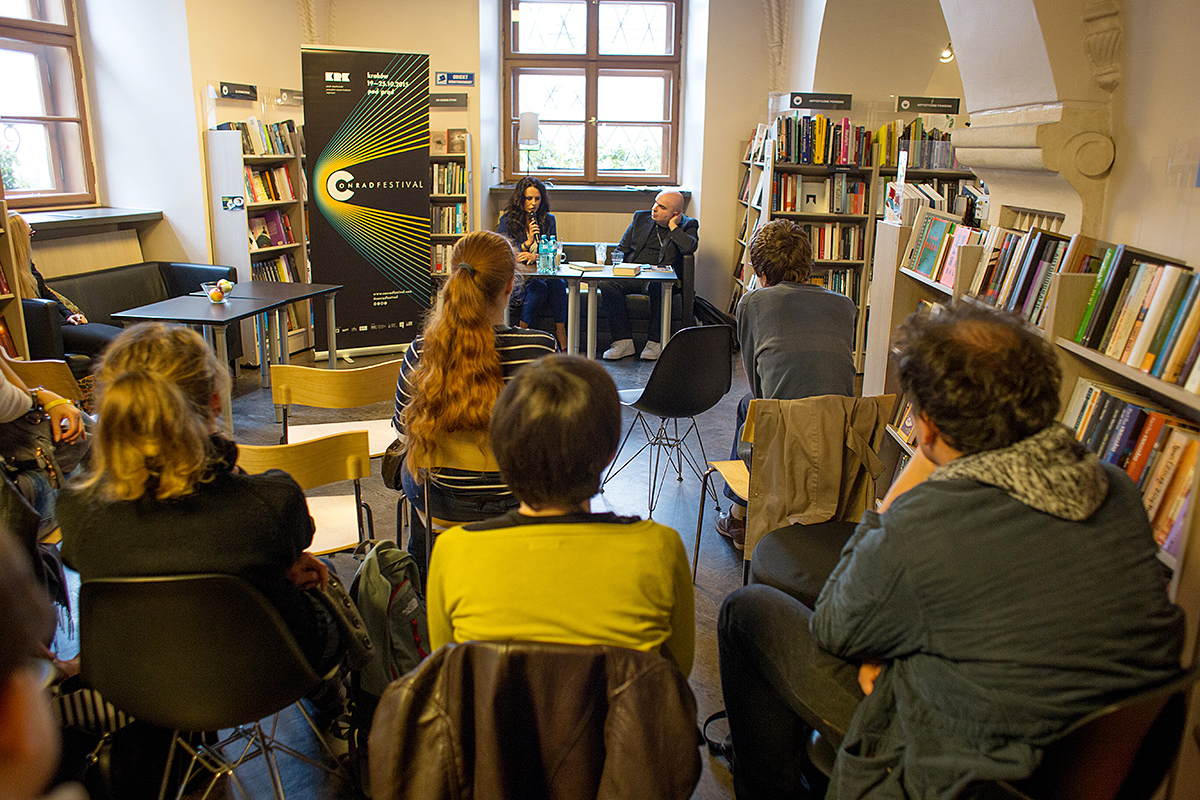 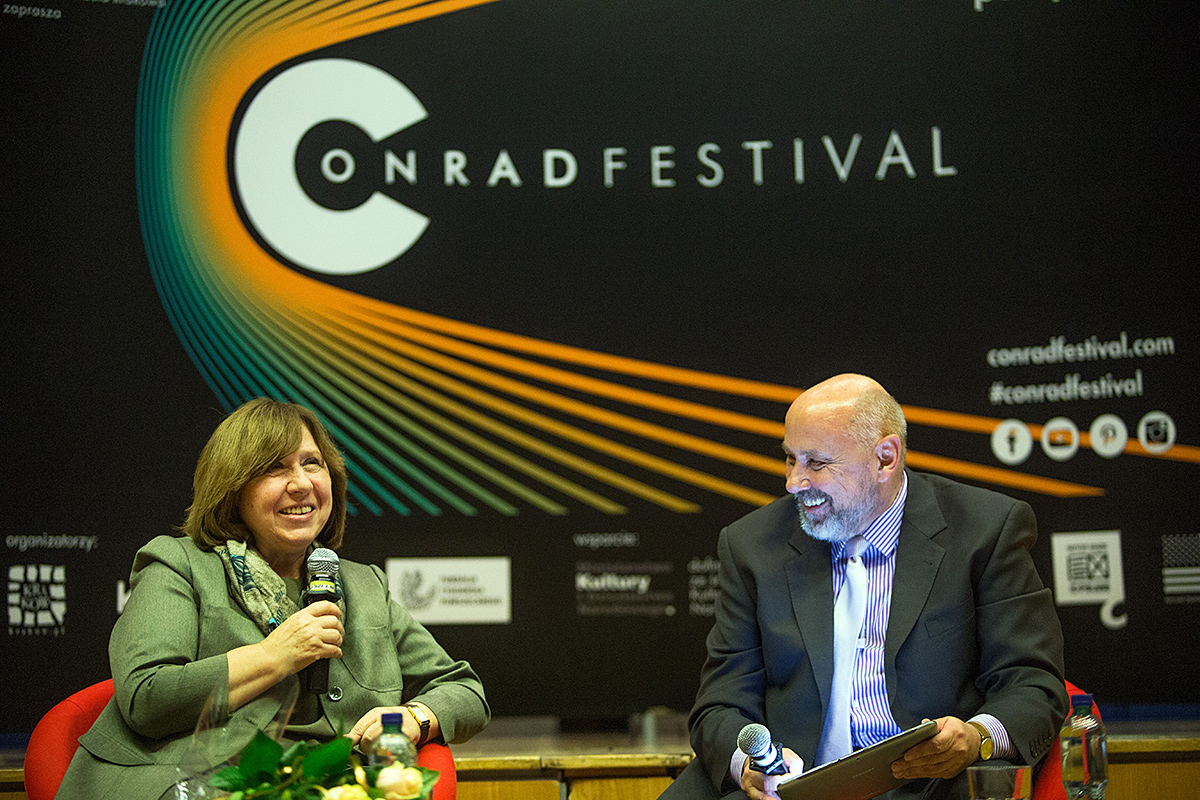 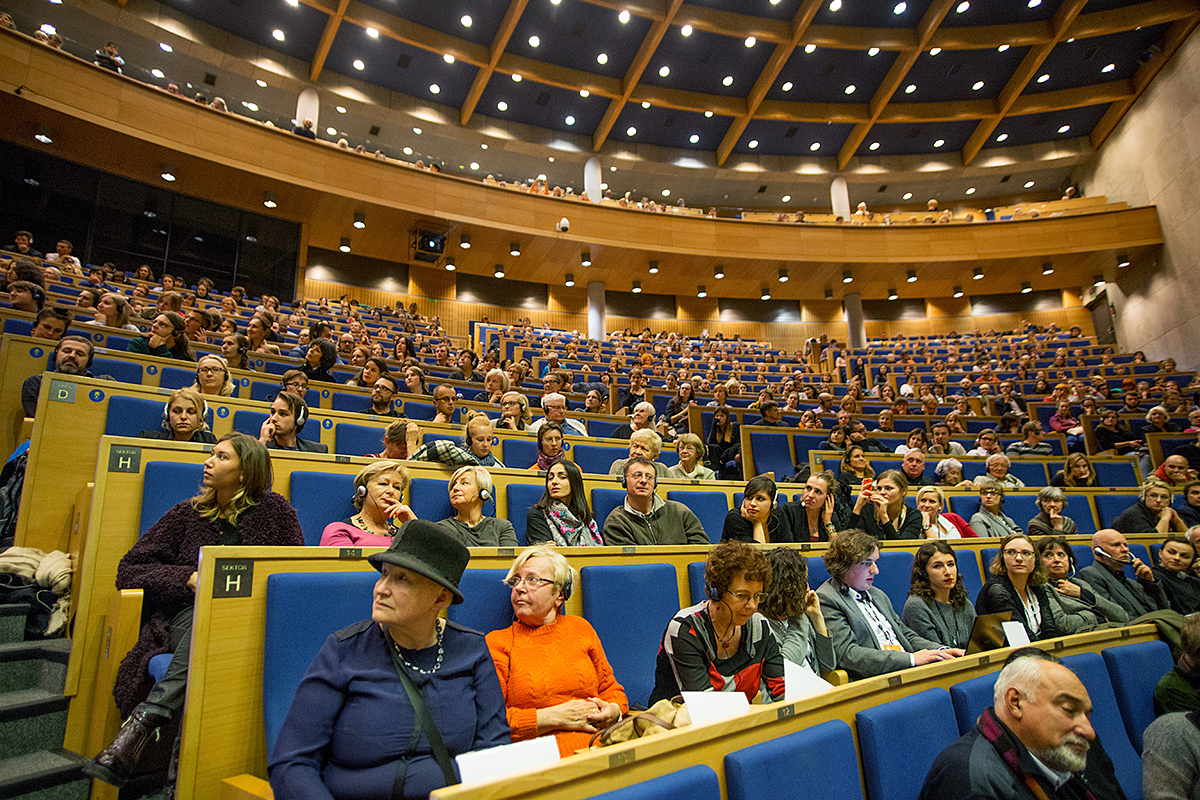 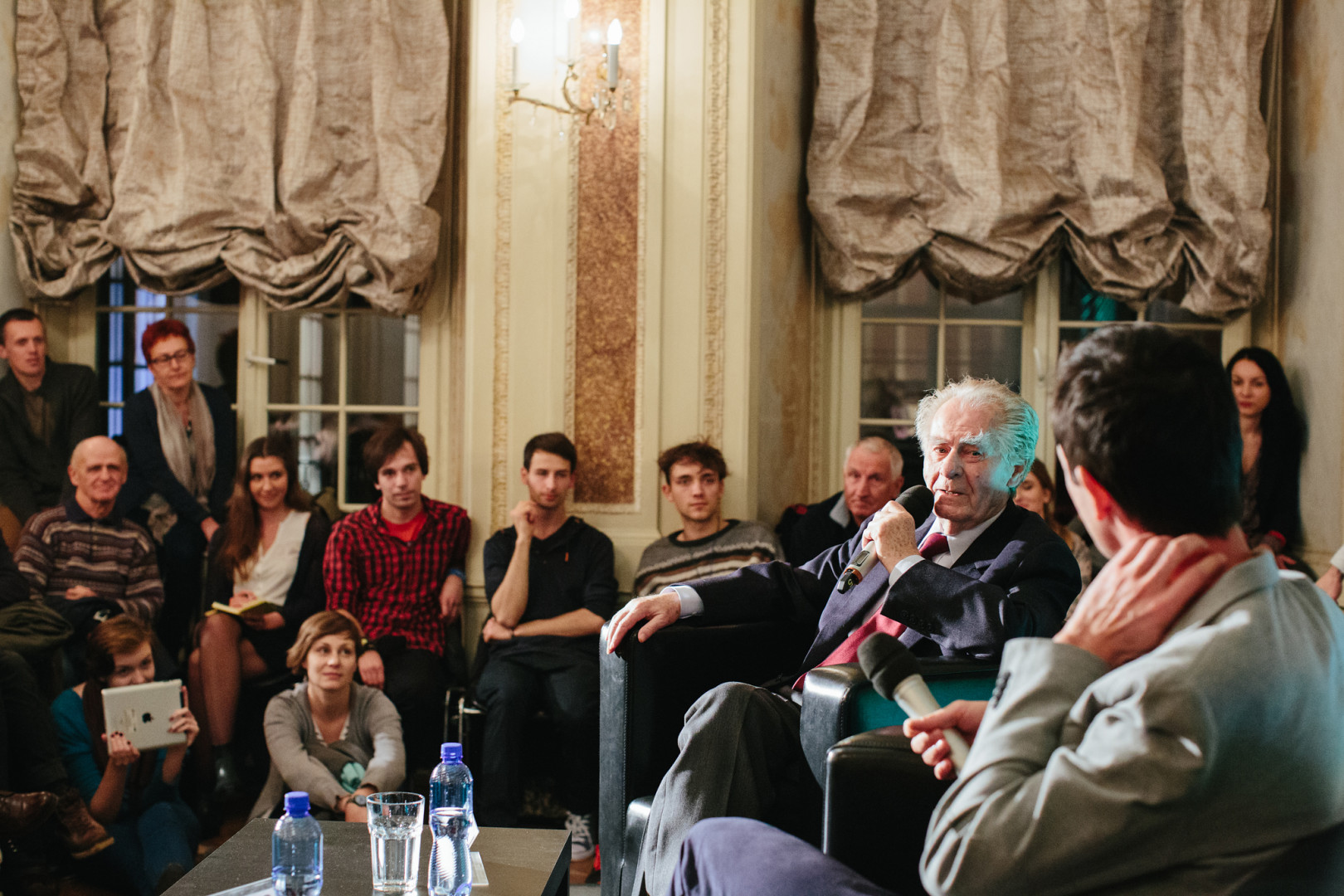 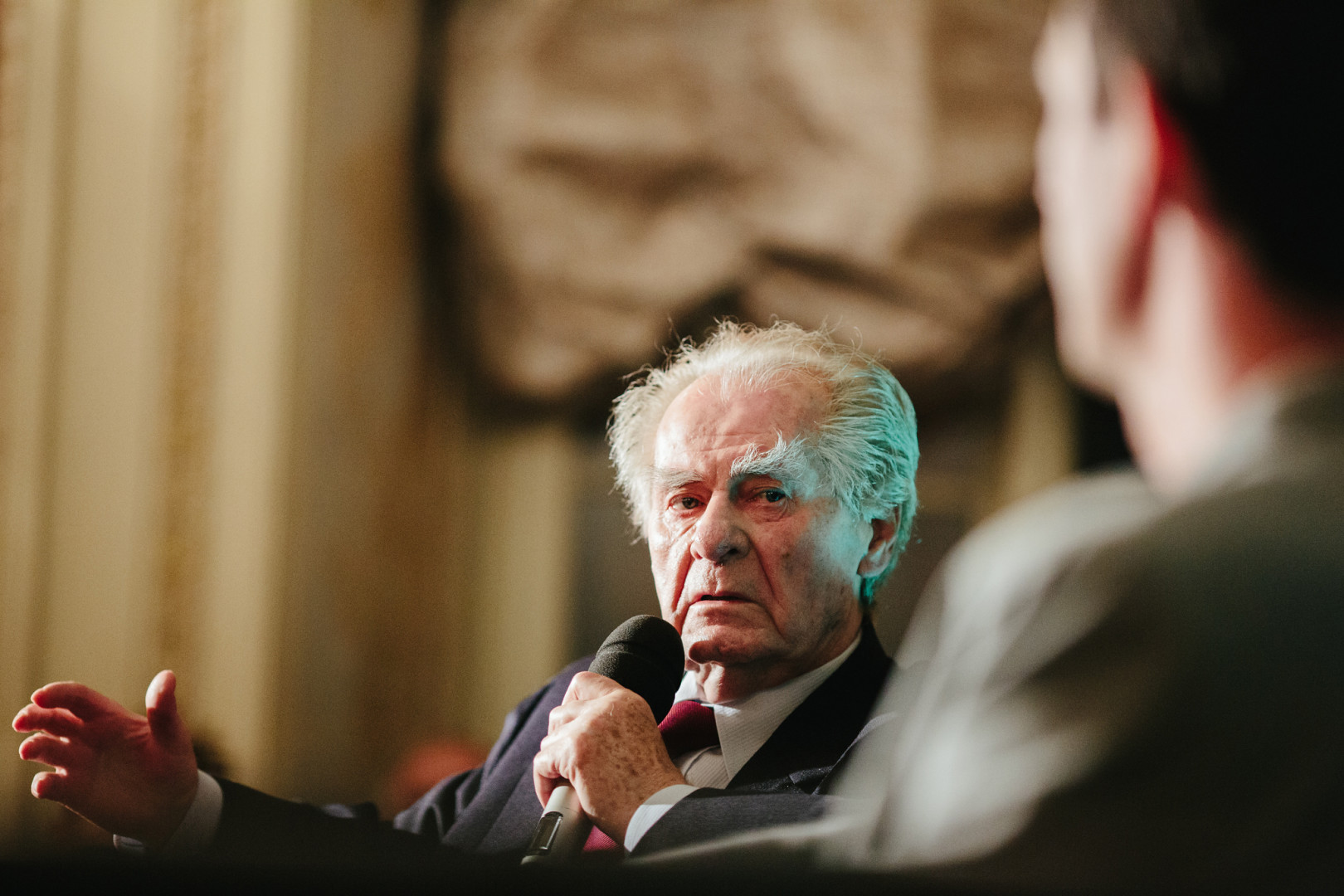 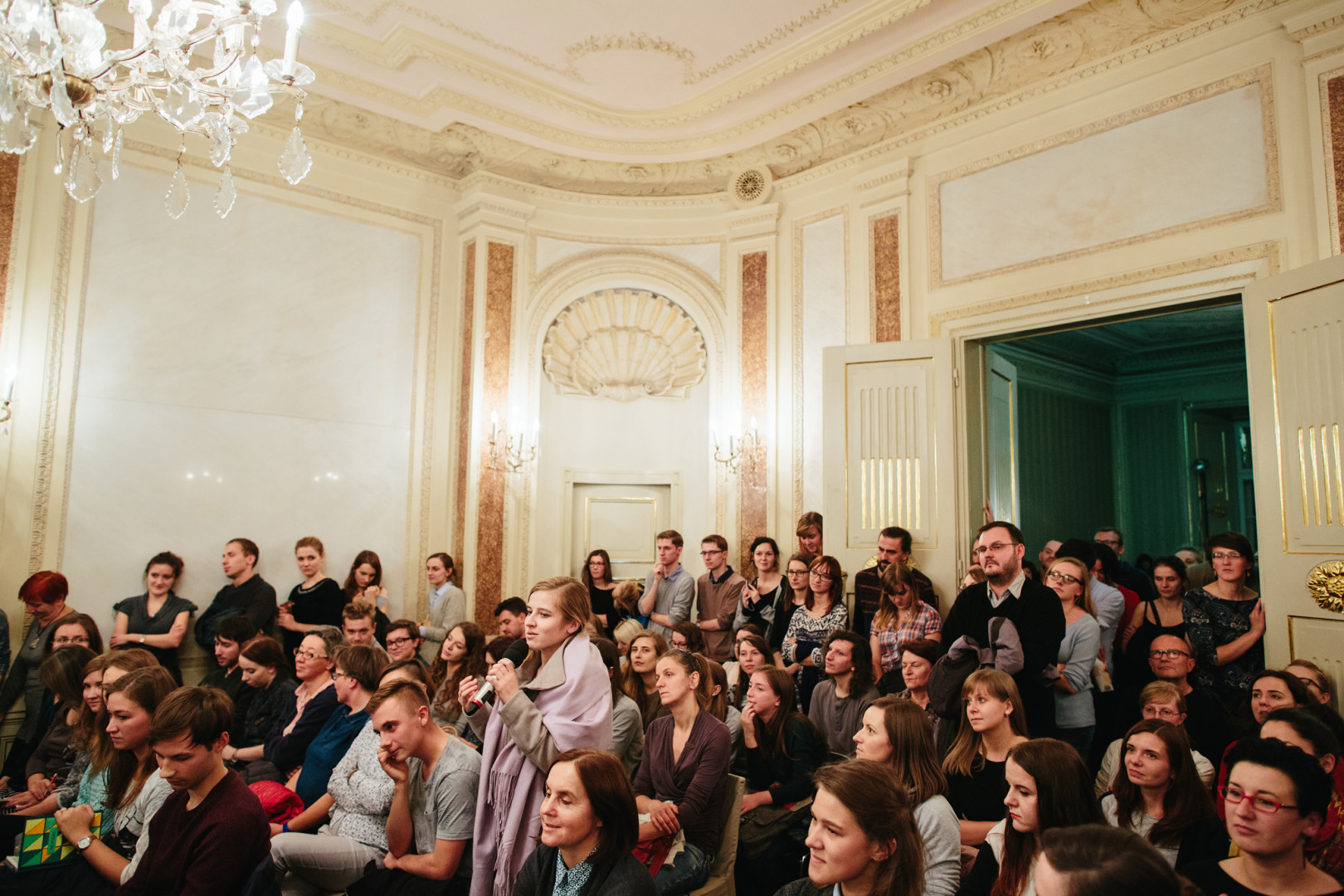 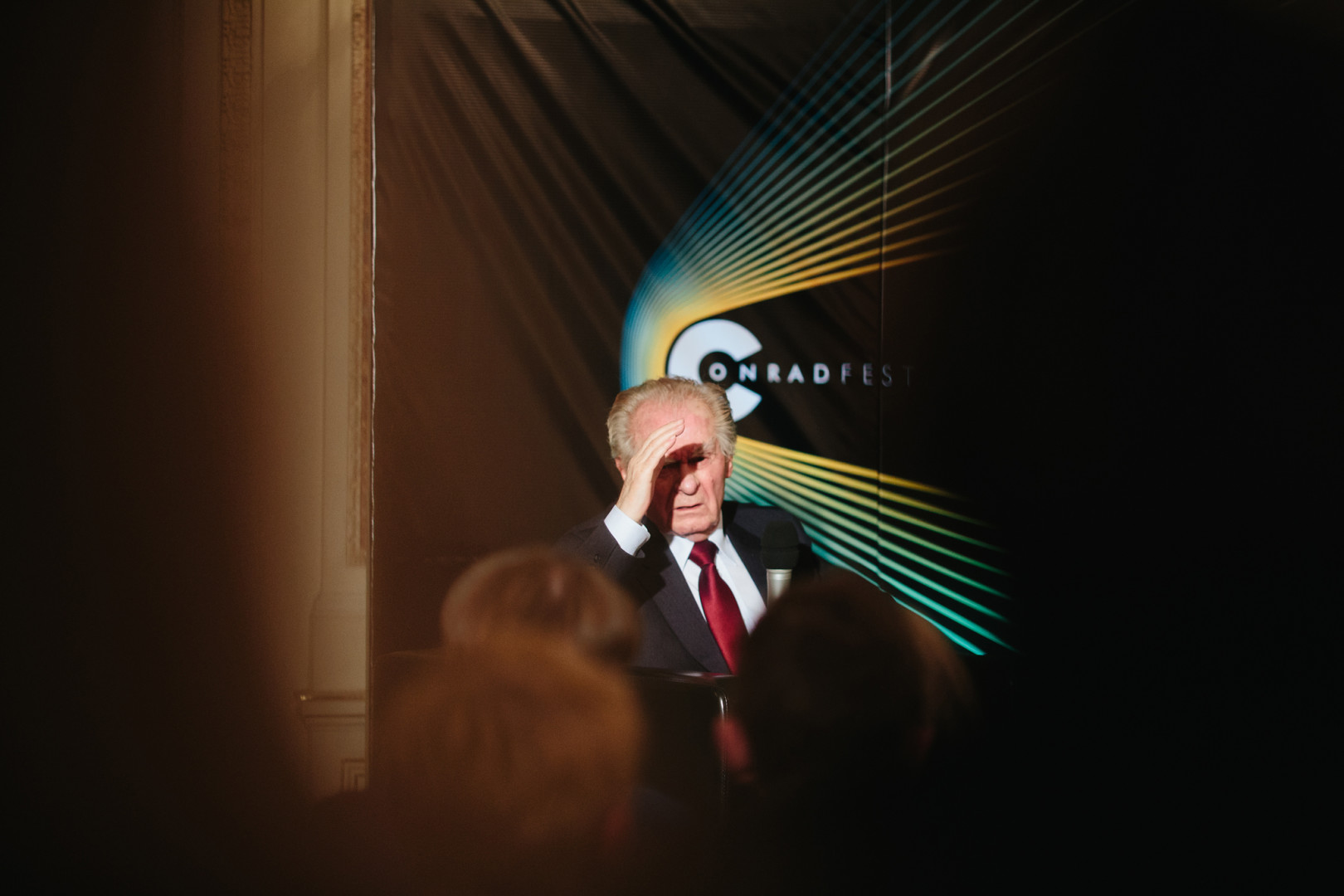 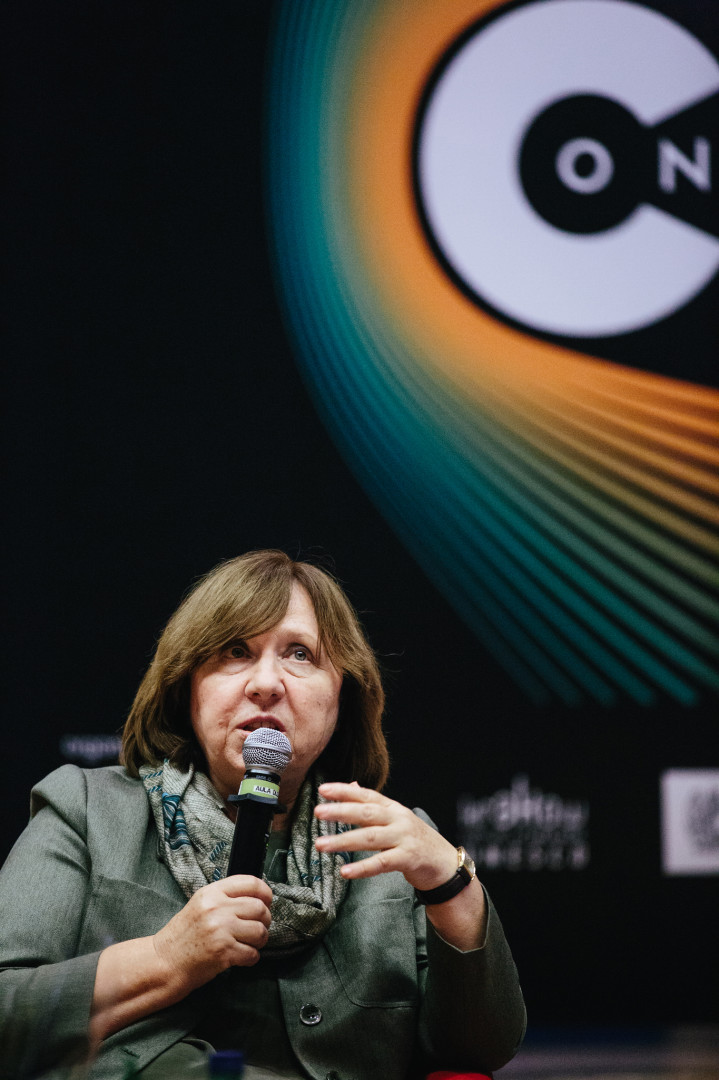 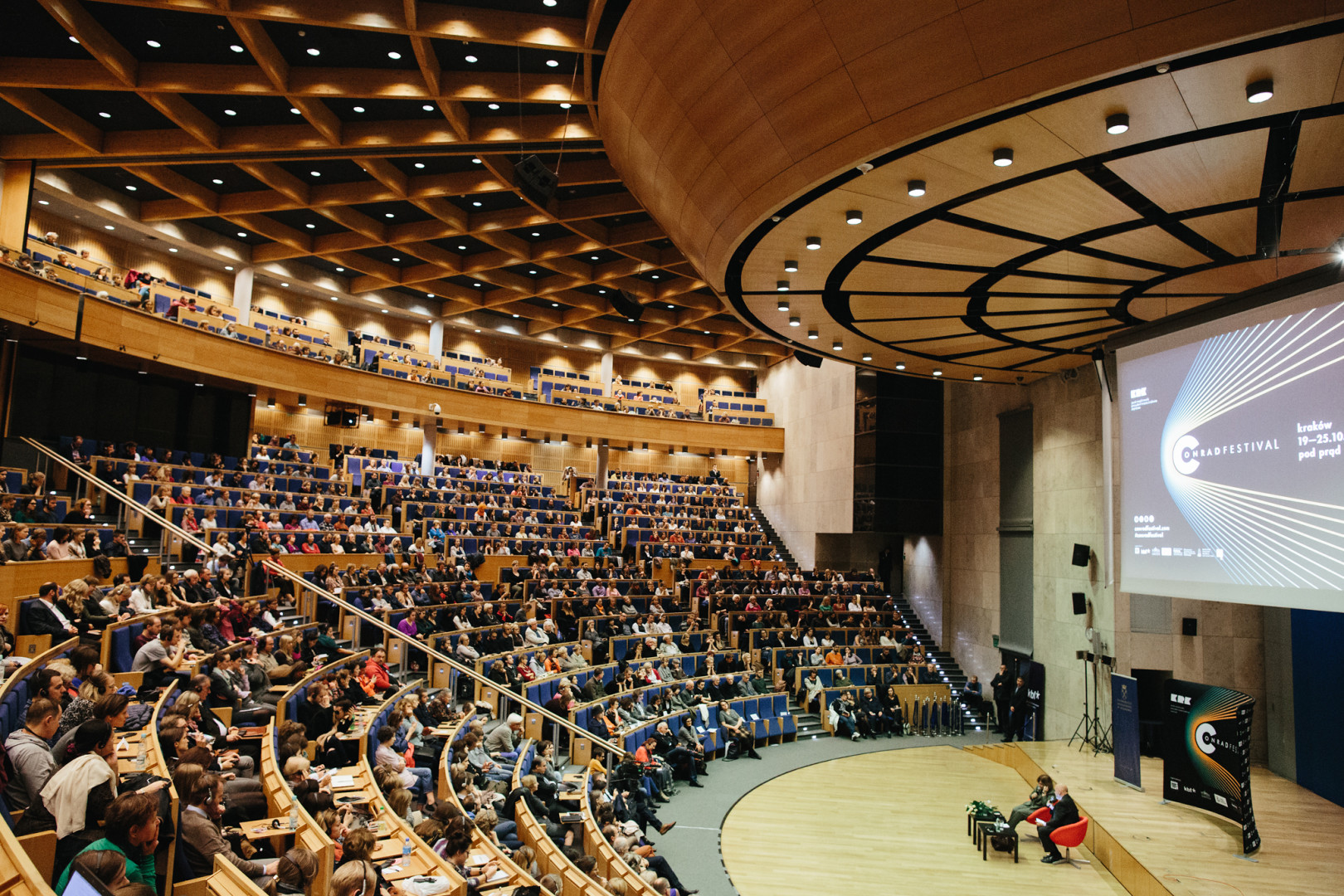 These are only some of the experiences of the first day – the next day and further meetings with literary figures of great stature await us. First, at 7 pm, we will hear the “translator of culture” of Iran and America, Hooman Majd, who will introduce us to the world of “democracy of the ayatollahs”. Then (8:30 pm), thanks to Olga Tokarczuk, the laureate of this year’s Nike Literary Award, we will get closer to our own historical memory.

Additionally, we will reach into other cultural circles – with Lukas Bärfuss, Leonidas Donskis and Tomas Venclova, as well as Varujan Vosganian. There will also be events connected with three exhibitions: “Unrecounted. Jan Peter Tripp”, “Pensioners” and “War!”. Finally, there will be a film screening of Taxi – Tehran, with an introduction by Hooman Majd himself.