For the second day, we have been swimming “against the current” here at the Conrad Festival. And although the meeting with a Nobelist is already behind us, there was nothing to complain about on Tuesday, which was full of exceptional meetings.

Yesterday, we met with Olga Tokarczuk, two-time Nike Literary Award winner and Hooman Majd, an American-Iranian writer, who has in-depth knowledge of the problems in the Middle East. The enthusiasm of the participants does not cease to amaze us, as they follow festival events with great interest. Tuesday evening, they filled the Pałac Pod Baranami.

In moments like that, the coming together of the literary community is palpable. Olga Tokarczuk brought this fact up during the “Missing worlds” meeting, speaking about the ties formed with readers through books. Although, as she admitted, her books (not only the award-winning Books of Jacob) clearly exhibit a rebellious spirit, she tries to use her resistance to help build understanding – as well as a deeper understanding of oneself. This is a difficult proposition, especially in the case of group memory, which is why Tokarczuk tries to bring back to the readers the feeling of the complexity of the world, especially the historical one.

During the “Translator of cultures” meeting with Hooman Majd, we had the opportunity to look at Iran from the point of view of a resident of the country, deeply rooted in its culture, but at the same time remaining at the boundary between the worlds of the West and the East. The writer spoke not only about his difficult experiences and living in the state of constant surveillance and control, but also about hope for change, tied especially to generational changes. As we found out, Majd is a writer who is also very interested in our country – especially thanks to diplomatic friendships.

Leonidas Donskis and Tomas Venclova’s discussion “Violence and imagination”, part of the festival’s Lithuanian programme, was an opportunity to consider the dangers of totalitarianism in a part of the world that is much closer to home. Once again, literary tropes were helpful – especially Huxley’s and Orwell’s dystopias, as well as Houellebecq’s work – and they became the central point for the commentaries about the political changes in Europe. 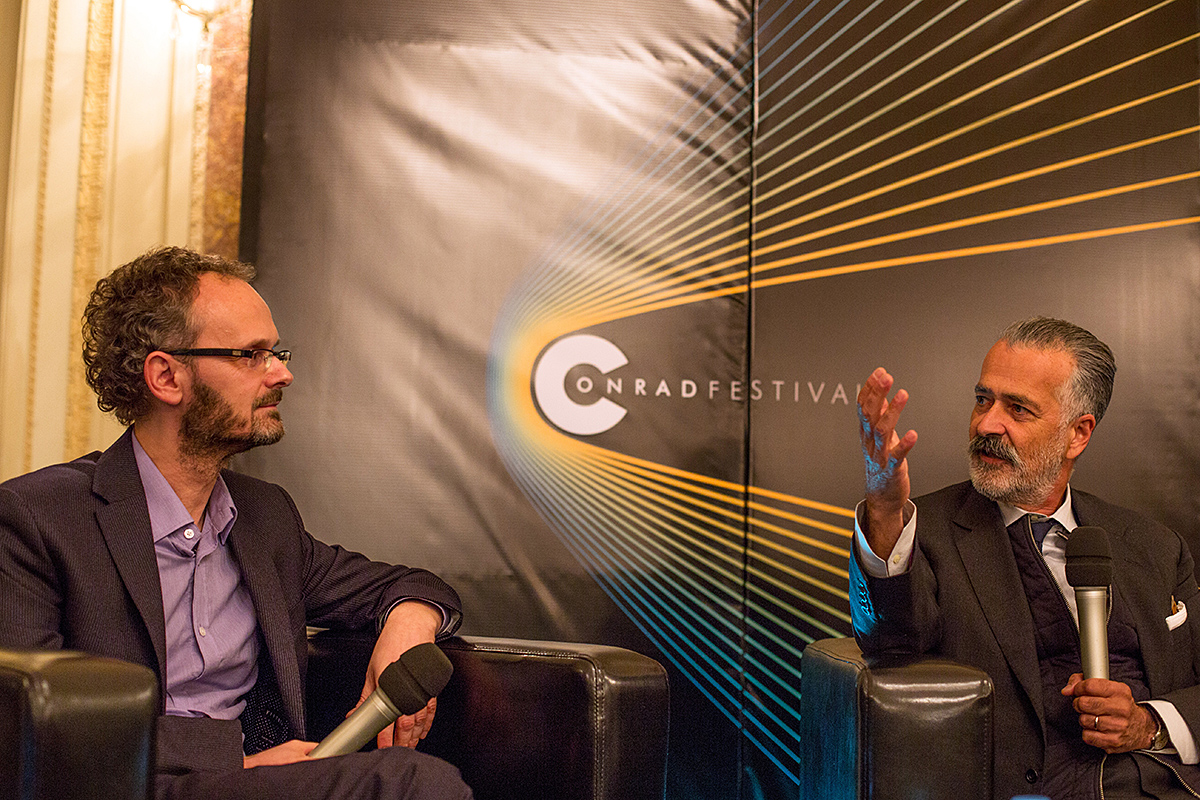 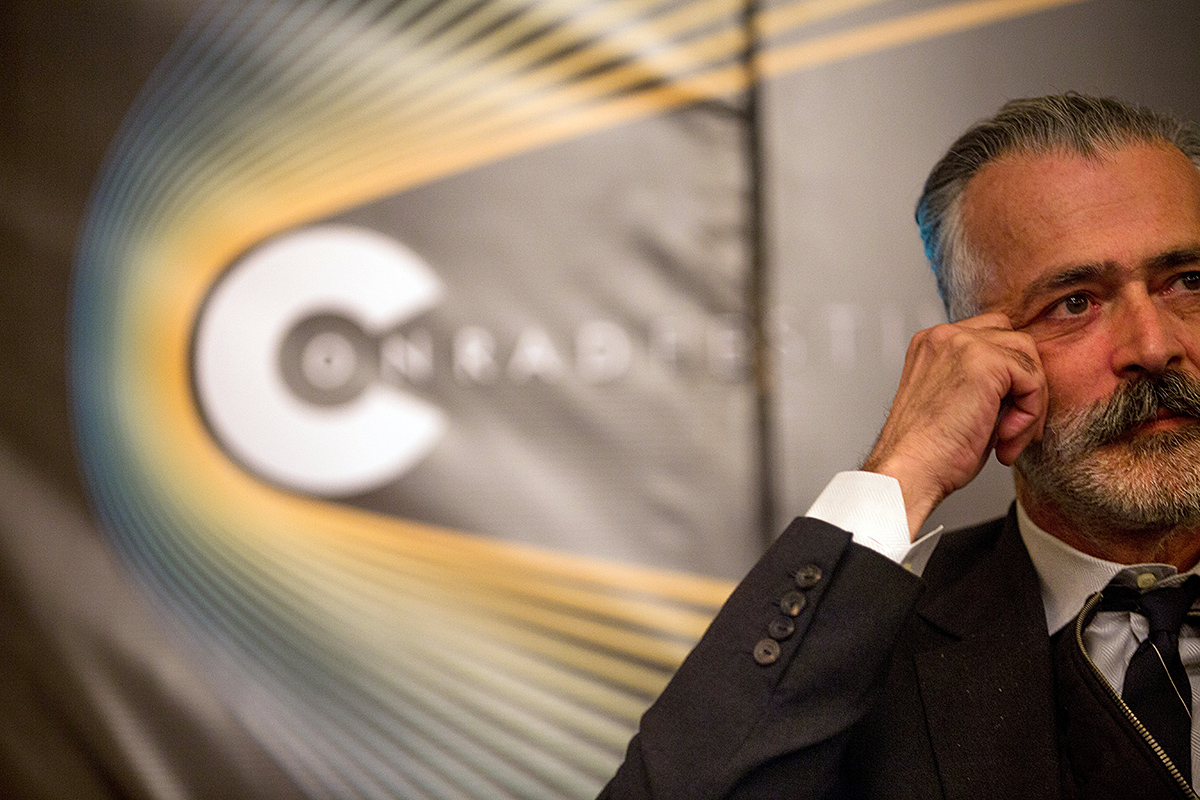 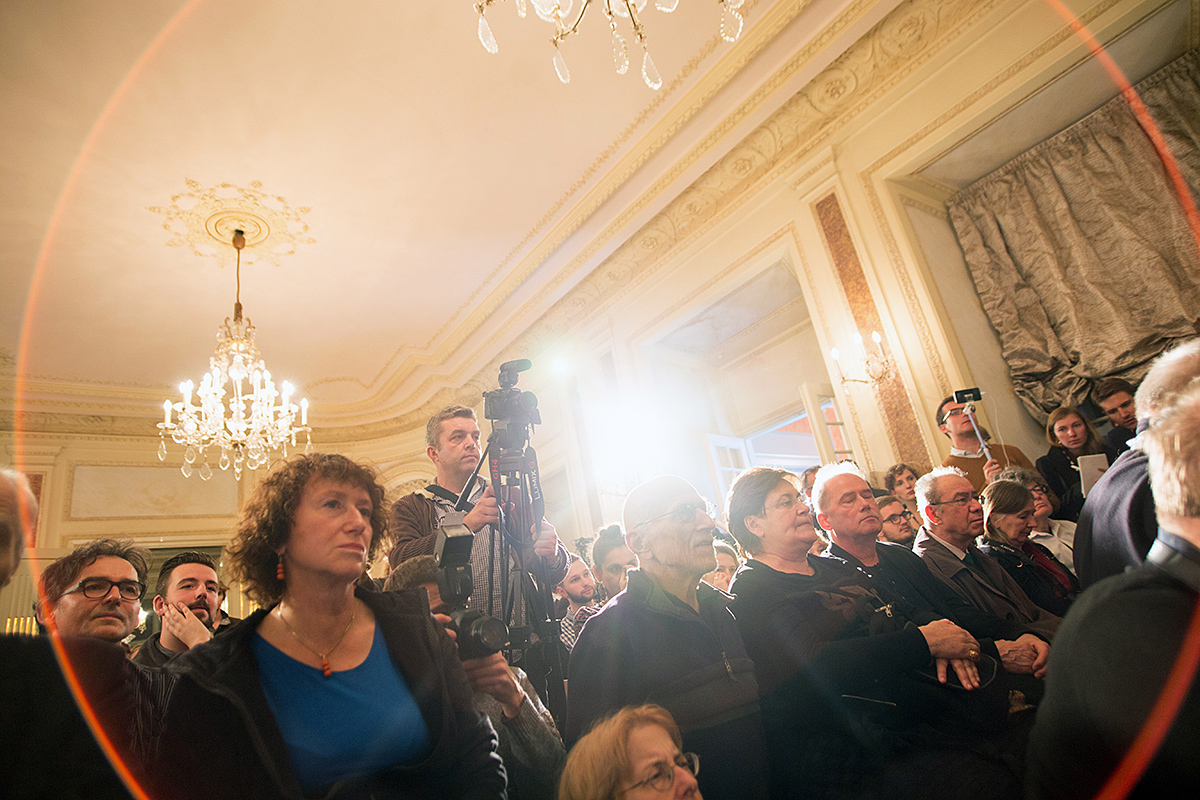 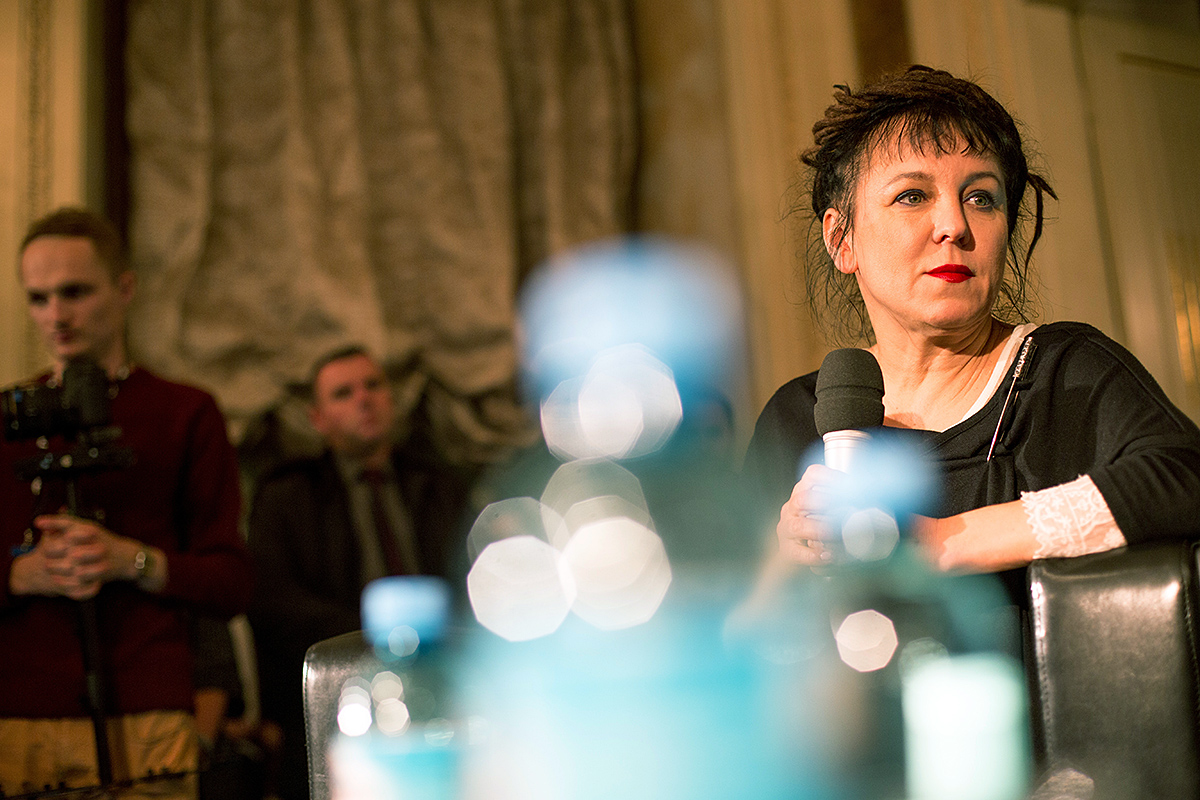 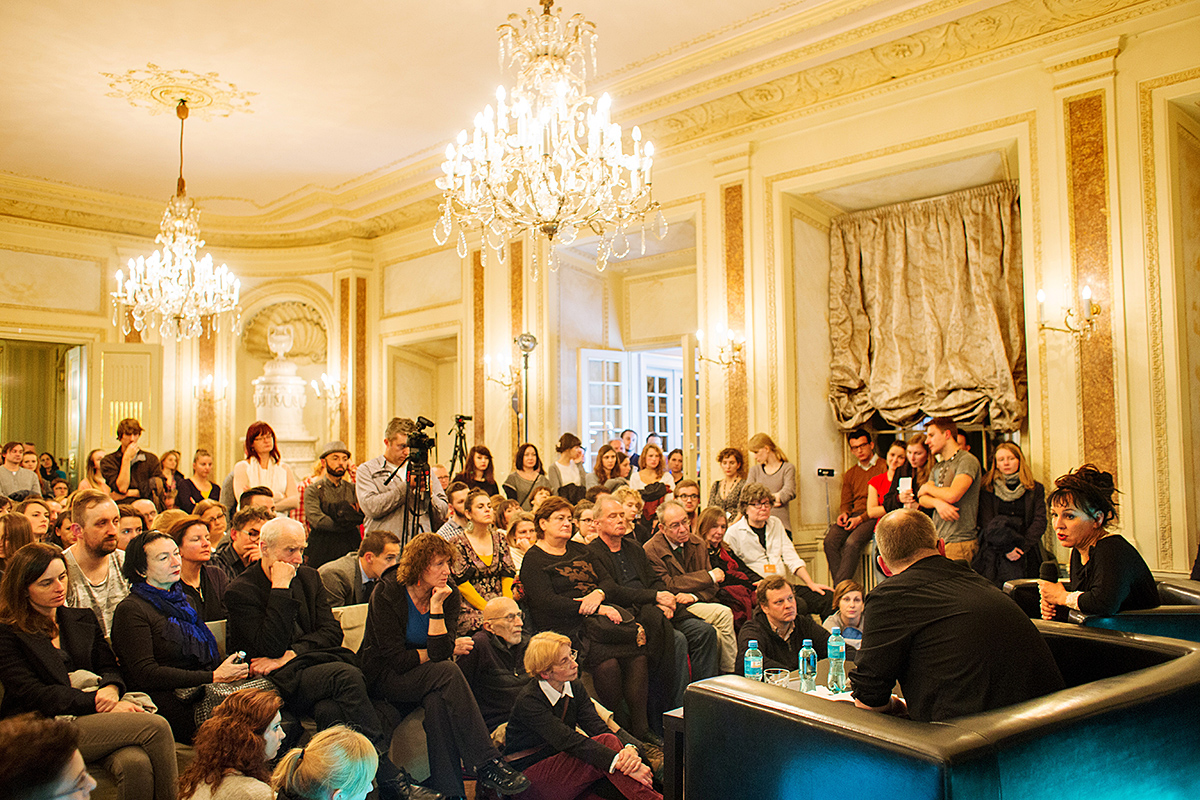 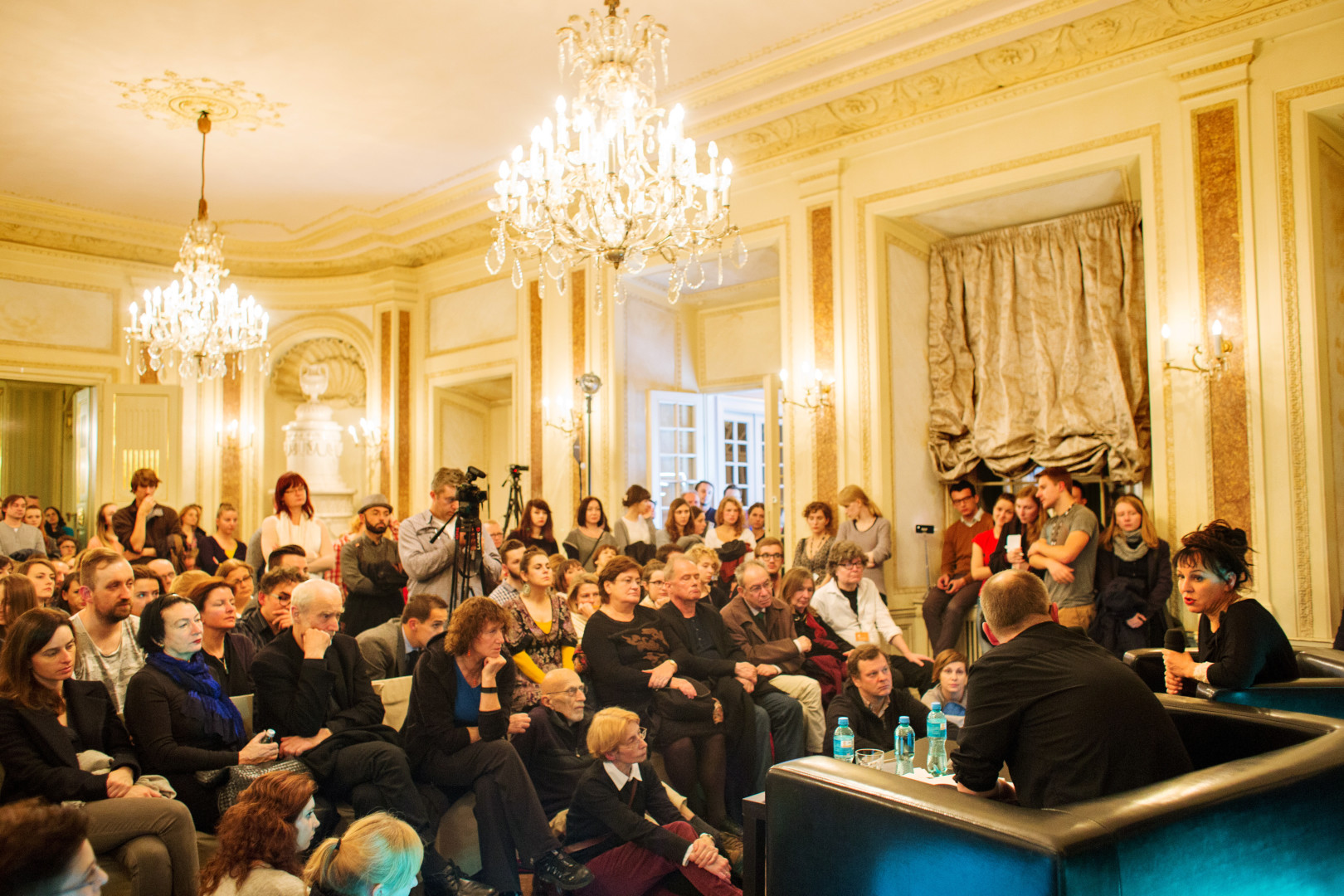 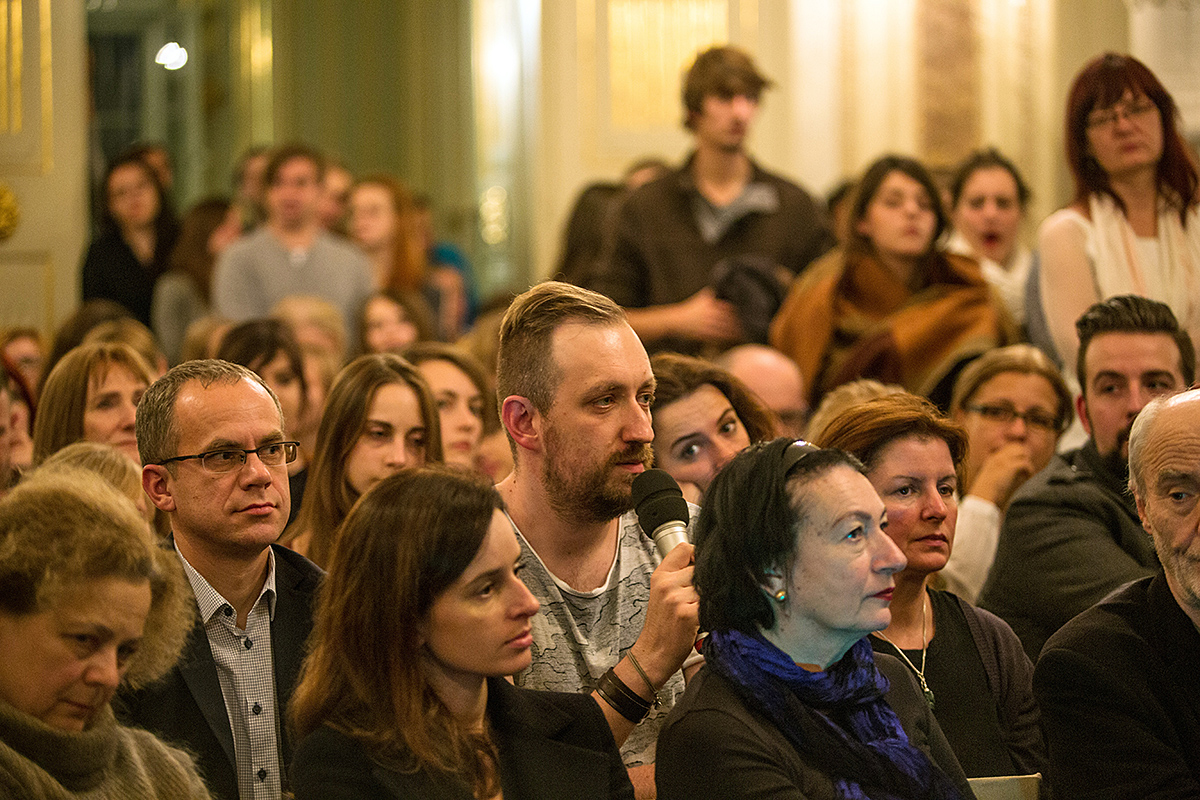 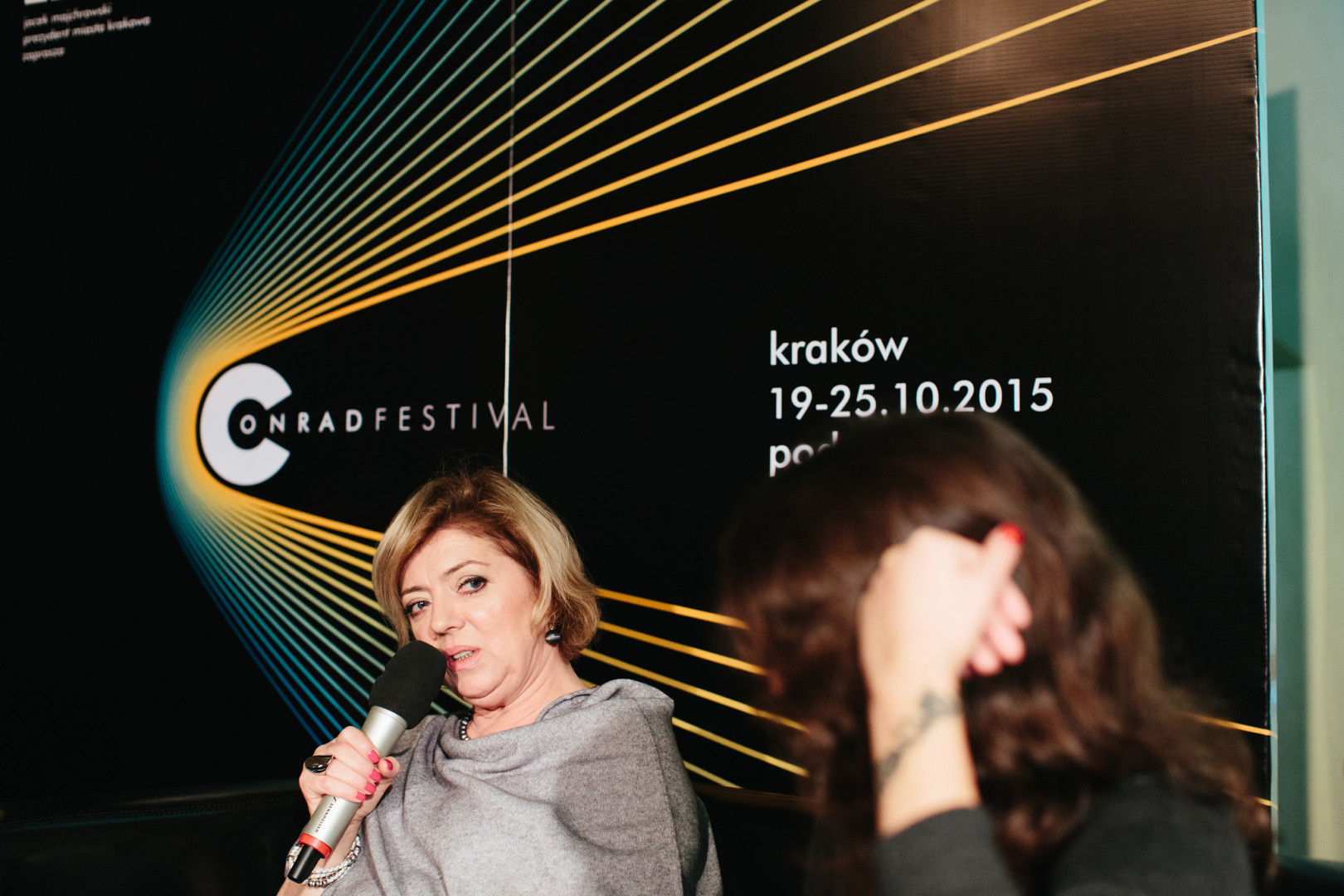 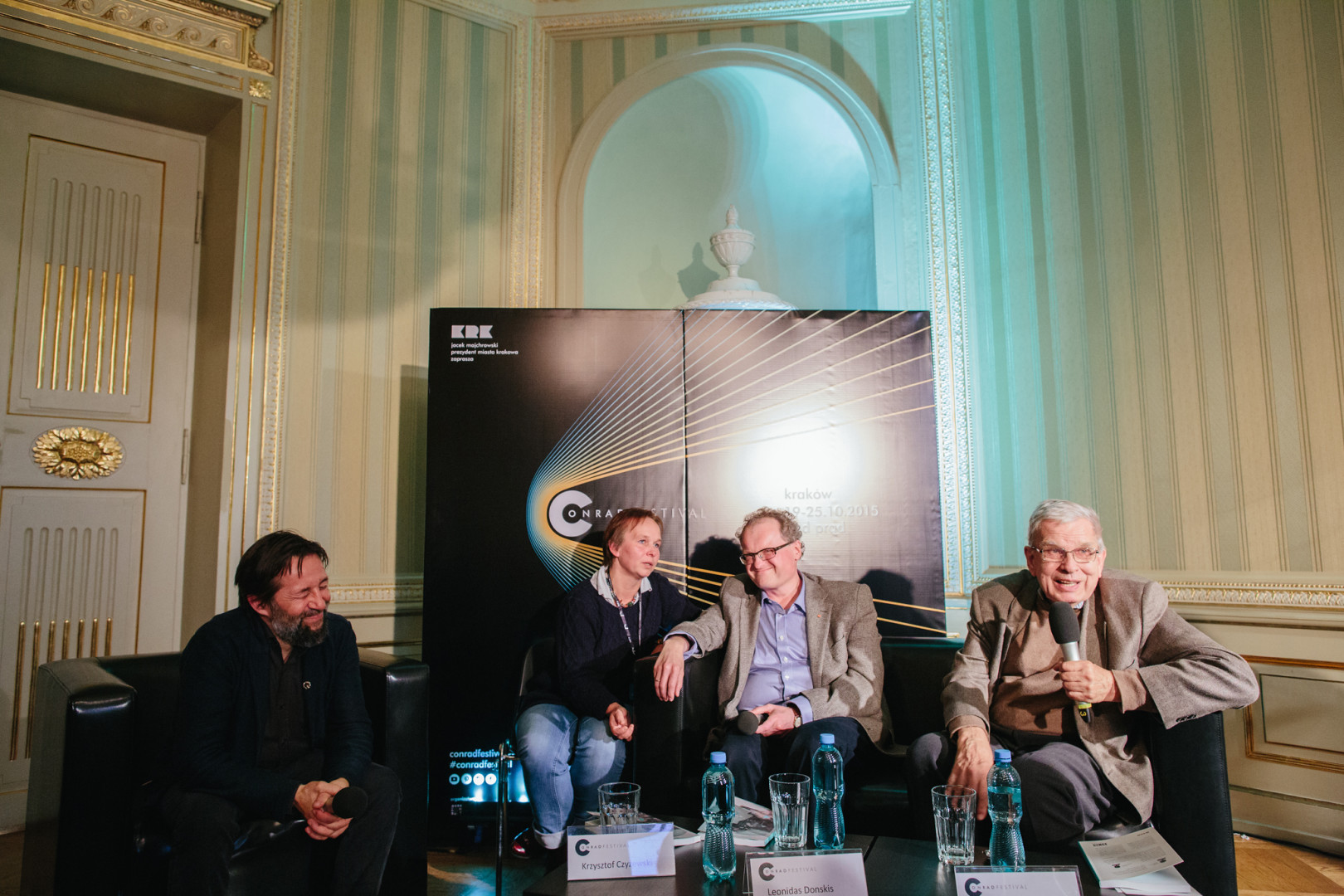 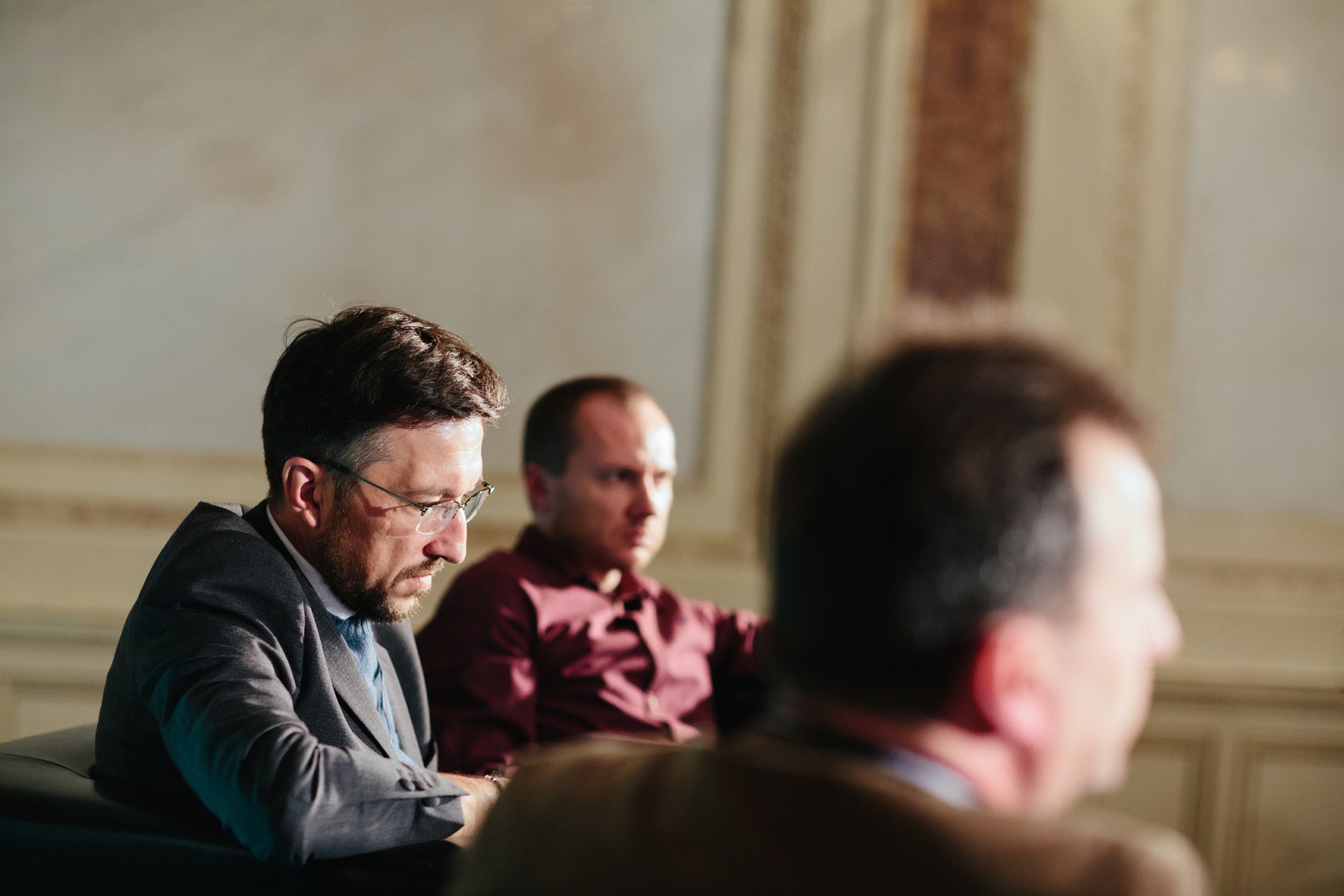 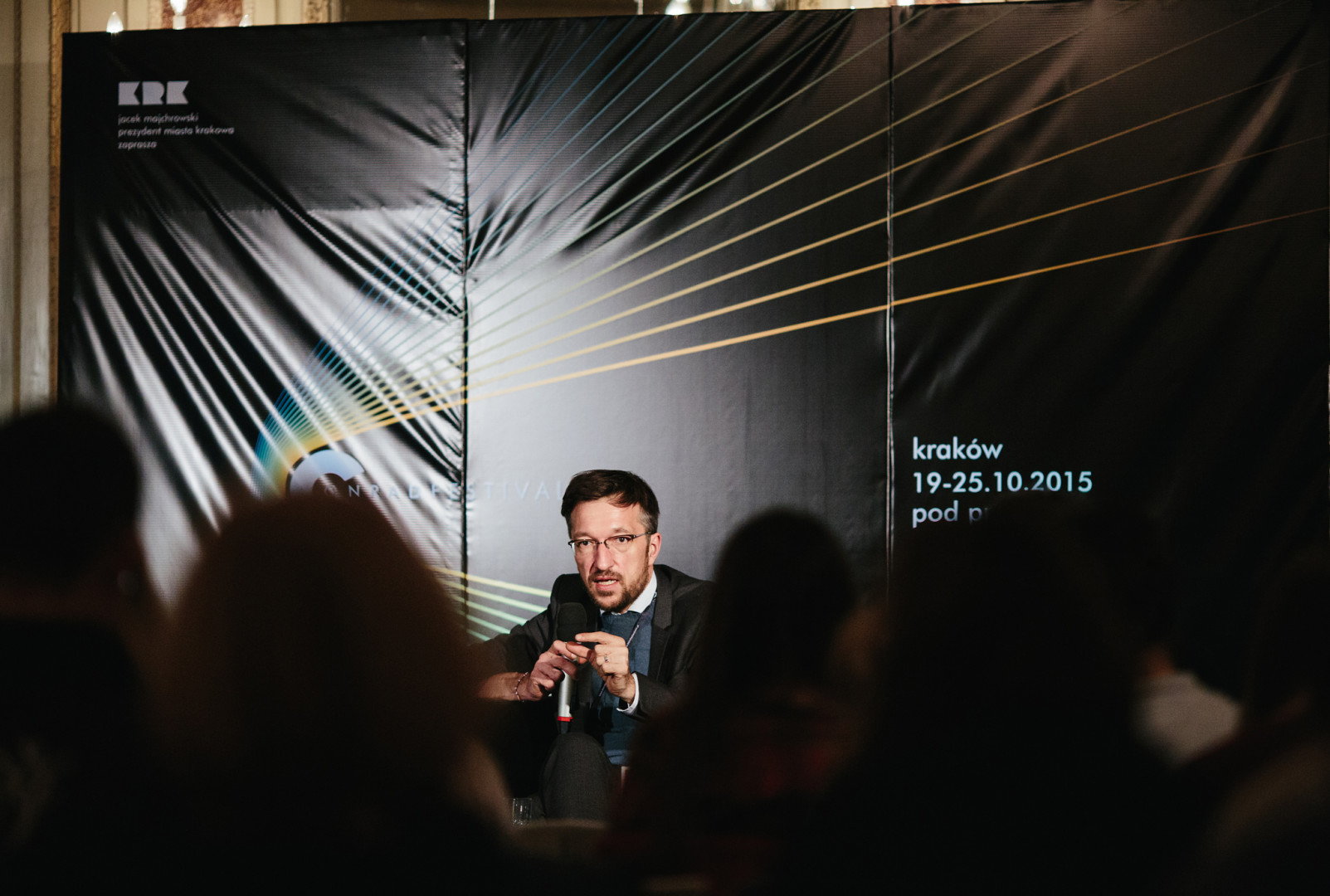 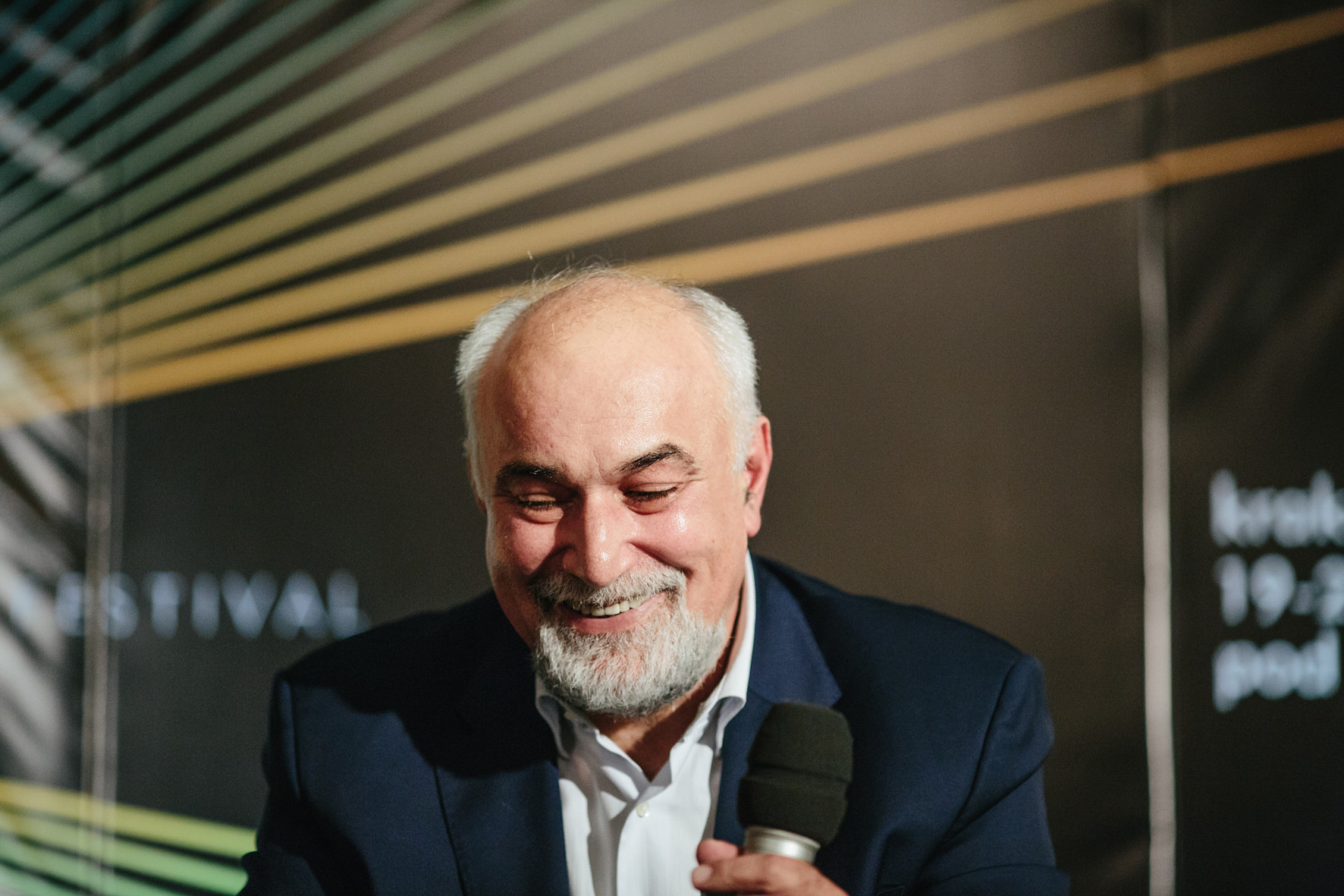 This look at the festival events is only a small portion of what participants could experience on the second day. However, the third day of the festival is upon us! Join us for “Polish fictions”, a meeting with Inga Iwasiów, Wit Shostak, Agnieszka Taborska and Grażyna Plebanek, who will talk about which fictions are necessary and which ones we should give up immediately. We will also look at something that exceeds traditional understanding of literature. At 5pm, we will meet with Igor Sarzyński and Jakub Szamałek from CD Projekt, to talk about “Agon, or the muse of gamers” and the new position of video games in culture. In the evening, we will be joined by Robert Coover (during the meeting “Postmodernism isn’t what you think” meeting), the creator of fascinating stories that experiment with literature and the boundaries of fiction, provoking readers to take a critical look at reality.

That is a lot for one day, but the Festival has much more to offer – it is well worth checking for yourself. Join us!