21 March 2017 “Beginning with my streets” - announcing the guests of the Miłosz Festival!

Four festival days filled with meetings with authors, debuts, and concerts, as well as reading and commenting poetry. On the 8th – 11th of June this year, Krakow is once again slated to become the world’s capital of poetry

The motto of this year’s edition of the festival comes from a collection of sketches and translations by Czesław Miłosz titled Zaczynając od moich ulic (Beginning with my streets, published in 1985 by the Literary Institute in Paris).

“Czesław Miłosz diagnosed the times he lived in, drawing from a thoroughly individual experience. Without the intimacy of the lyrical ‘I’, there cannot be any ‘you’, ‘us’ or ‘them"

“Without a quiet, private language, it is difficult to understand the languages of rebellion, love, ideology, gods and death. Without self-analysis, we will not achieve anything in the world that is, first and foremost, our own street and view from our window. It is our own limitation, weakness, shame and loneliness. Was Czesław Miłosz a poet of privacy? What does it mean – to be a private poet? How should we protect that uniqueness from the violence of the conventions of life? These are only some of the questions to be asked during this year’s Miłosz Festival.”

As is tradition, the festival will also serve as a meeting of all kinds of poetic personalities and outstanding literary individuals.

“In Krakow, we are going to hear their common language, discussed and established in a dialogue, often striving for discordant interests. Each poet lives on different streets, each of them looks through a window on their own sky. Thus, we will ask them about the similarities of these streets and the skies. Who knows, perhaps we will be able to – at least for a moment – live and find ourselves in some intimate universe?”

said Olga Brzezińska, head of the City of Literature Foundation, who organises the festival in collaboration with the Krakow Festival Office.

Every bookworm, especially those with a special affinity for poetry, is in for four intense days filled with meetings, debates, reading and commenting poems, as well as concerts, plays and films. Additionally, the audience will once again participate in the Wisława Szymborska Award ceremony – the prize will be handed out for the second time.

“Thanks to our strategic partnerships with numerous entities, including the Wisława Szymborska Foundation, the festival has grown to become a significant voice in a debate about the future of readership in Poland”,

“Thanks to the presence of authors from all around the world, for the duration of the Miłosz Festival Krakow turns into a centre of the world of poetry, where poems are discussed in numerous languages of the world, and which is worth visiting during the four days.” 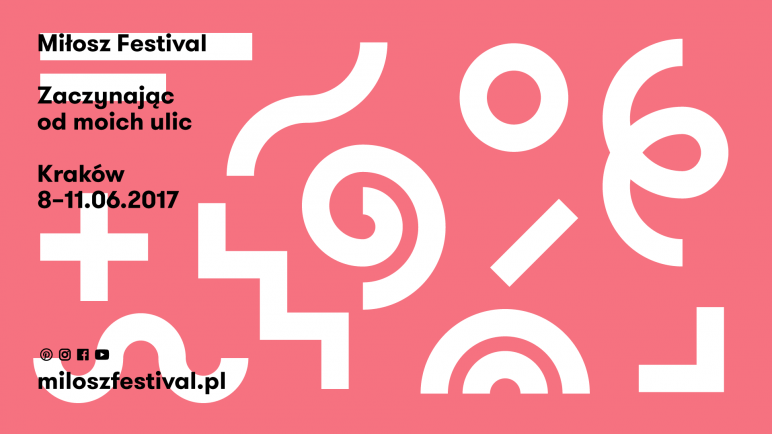 Among the events of the festival is the long-awaited meeting with Robert Pinsky, a Pulitzer Prize-nominated poet and a translator of the works of Czesław Miłosz, gathered in a volume titled The Separate Notebooks. Krakow will be also visited by German poet Joachim Sartorius – laureate of the Scheerbart Prize for translating contemporary American poetry, member of the German Academy of Language and Literature, as well as Antjie Krog from South Africa, author of numerous volumes of poetry, prose and dramatic works. Linn Hansén – a poet and editor-in-chief of Glänta cultural magazine, collaborating with the Göteborg Poetry Festival and Queer Literature Festival will also come to us from Sweden. The City of Kings will also welcome: Petr Hruška – one of the most praised Czech poets in the post-1989 era, co-organiser of numerous literary evenings, festivals and exhibitions in Ostrava, as well as Austrian poet Evelyn Schlag.

ANNOUNCEMENT: In collaboration with a5, Instytut Mikołowski, Lokator, Wydawnictwo Literackie and Wydawnictwo Znak publishing houses, five volumes of poetry including Polish translations of the works of our foreign guests (Linn Hansén, Petr Hruška, Antjie Krog, Robert Pinsky and Joachim Sartorius) will be prepared and published specially for the festival.

Crowds of readers will certainly come to the meetings with distinguished authors: Adam Zagajewski and Ewa Lipska. The festival will also offer an opportunity to meet Anna Piwkowska – a poet and author of a book of essays about the life and art of Anna Akhmatova, as well as Marta Eloy Cichocka – a poet, translator and laureate of a scholarship of Michel d’Ornano Foundation and Urszula Zajączkowska – a poet, botanist and visual artist, often referred to as a conscious “poet of nature”. The reading and commenting sessions will be also attended by Karol Maliszewski – a Nike nominee, poet, photographer, essayist and art critic, Wojciech Wilczyk and Marcin Sendecki – a poet nominated for many prestigious awards, connected in the 1980s and the 1990s with bruLion magazine.

The opening “Miłosz Lecture” will be given by Professor Tadeusz Sławek – a poet, translator, essayist, literary expert and academic teacher. Also planned are three debates: on the intimacy of languages, on the myth of an artist in the culture of narcissism, and – traditionally – a debate on the art of translation. As every year, the festival will also be an opportunity to attend workshops on translation and literary criticism, conducted by Michał Nogaś, Paulina Małochleb and Justyna Sobolewska, as well as poetry workshops for children.

During the festival, the audience will also have an opportunity to participate in a premiere performance of a play titled Po wygnaniu (After Exile) by Tomasz Cyz, based on the poetry by Czesław Miłosz, produced by the City of Literature Foundation and Teatr Nowy Proxima. The festival will also move outside the halls and auditoriums, thanks to the projects included in the Off Miłosz section. More details will be announced soon.

We also have something in store for the fans of music, including two special concerts: Julia i Nieprzyjemni feat. Marcin Świetlicki and Pablopavo i Ludziki. Tickets will be available soon.

Festival is organised by: The City of Kraków, Krakow Festival Office and City of Literature Foundation.

The festival was financed from the funds of the Ministry of Culture and National Heritage.