2017 has already come to an end and so have the Krakow 160th Joseph Conrad’s birth anniversary celebrations. The programme In the Footsteps of Conrad, which made people familiar with one of the most prominent figures of world literature and his associations with Poland and Krakow, was prepared by the Krakow Festival Office, as part of the Krakow UNESCO City of Literature programme. The importance of Conrad’s texts has not been diminished until the present day, and there are more of his traces in the Royal City than one would possibly expect.

The keynote of the Conrad Year was the journey as a life path of the writer. The author of Heart of Darkness stayed in Krakow during his lifetime twice: between 1869-1874 and in 1914, first having moved to this city with his father Apollo Korzeniowski. He grew up here, studied and entered the world of culture. He set off on his journey around the world from here to become a sailor and to sail into deep waters of world literature after twenty years of his maritime career. After having been away for forty years, Conrad visited Krakow on the day of the outbreak of World War I as a renowned writer already. The participants of the events and activities organized as part of the Krakow celebrations had an occasion to follow his footsteps, not only through the texts, the presentation of his work, discussions and learning about the cultural output connected with his works, yet in the most literal way, in the urban space as well.

For aspiring writers, Joseph Conrad may be a huge inspiration in many aspects, among others, as a progenitor of a modern detective story (especially through one of his most widely known books – TheSecret Agent) – hence the idea of a Conrad edition of the Creative Writing Course and the workshops. Their participants have checked themselves this year in the field of detective story, with writer Mariusz Czubaj and editor of W.A.B publishing house Filip Modrzejewski. As part of the Conrad Year, there were also some reporter-travelling workshops organized, inspired by travel and maritime themes in the oeuvre of the author of Typhoon. Marcin Kącki and Dariusz Rosiak – journalists, reporters, main representatives of non-fiction Polish genres were the hosts of this event.

One of the main events of the Year was the radio drama Serce ciemności (Heart of Darkness) with the participation of Jan Nowicki and Jerzy Trela, created by the Krakow Festival Office and Radio Kraków. The drama was based on a renowned polonisation of Conrad’s novel made by Jacek Dukaj and published by the Literary Publishing House. One of the most talented directors of the young generation, Małgorzata Warsicka undertook the task of directing Serce ciemności and the original music, performed live during the premiere, was composed by instrumental, vocal and theatre music creator, Karol Nepelski.

The Conrad Year was packed with educational events, targeted at different age groups. There was a series of workshops for children during which they became familiar with the fascinating biography of Joseph Conrad – an excellent writer, a brave traveller, an adventurer and a globetrotter. The workshops were conducted by, among others, Joanna Rusinek, Anita Andrzejewska, Andrzej Pilichowski-Ragno, Anna Kaszuba-Dębska. There was another offer directed to school children. Namely: 25 reading lessons , organized in the cities all around the country, together with Tygodnik Powszechny Foundation. These were after-school meetings with literature that encouraged high-schoolers to read the works of Conrad carefully and think critically. They were hosted for young people by such excellent experts in humanities as, among others, Agata Bielik-Robson, Grzegorz Jankowicz, Inga Iwasiów, Michał Olszewski, Piotr Paziński, Paweł Panas, Maciej Świerkocki and Jerzy Jarniewicz.

Another, 9th edition of the Conrad Festival, taking place under the motto Unrest was an important point of the celebrations. Another time, the light of Conrad’s lantern illuminated the Main Market Square, discussions on the works of the patron of the event were held during meetings, including an extremely important one initiating the festival and featuring translators of Conrad, including Jacek Dukaj, whose Serce ciemności, translation of Heart of Darkness, had its premiere on the festival. The programme of the celebrations also included a series of films referring to the life and work of Conrad. In Pod Baranami Cinema, the viewers had a chance to see films of e.g. Andrzej Wajda, Francis Ford Copolla and Ridley Scott, including introductions by experts.

The literary walks were extremely popular too. In the company of experts, the inhabitants of Krakow and tourists discovered the traces of Conrad’s presence and the places commemorating him, such as the apartment at Poselska Street, where a memorial plaque is placed, Grand Hotel where the writer stayed with his family during a short visit in Poland in 1914 or a bench in the Planty park devoted to him. Besides that, there were also 10 special walks organized for schools in which whole classes could take part.

Thanks to the Jagiellonian University Joseph Conrad Research Centre, there was a national, inter-disciplinary scientific conference Conrad and (pop)texts organized at the Department of Polish Studies of the Jagiellonian University. During the conference, eminent scholars, literature experts, critics and students discussed the connections of Conrad and popular culture. A discussion panel organized in December and aimed at a broad audience was a continuation of the conference.

The celebrations also involved book releases under the auspices of Krakow UNESCO City of Literature. They included the literary monograph Konwencje, stereotypy, złudzenia. Relacje kobiet i mężczyzn w prozie Josepha Conrada (published by Universitas) by Monika Malessa-Drohomirecka. The premiere of the book was accompanied by a discussion with the author. The book Oddać sprawiedliwość widzialnemu światu. Eseje o twórczości Josepha Conrada (published by Narodowe Centrum Kultury) and some comics: an adaptation of Heart of Darkness by Catherine Anyango & David Mairowitz (published by Lokator) and Kongo by Tom Tirabosco and Christian Perrissin translated by Magda Heydel and Krzysztof Umiński (published by Kultura Gniewu) were also put under the auspices. The authors of these books took part in the Conrad Festival as panelists. 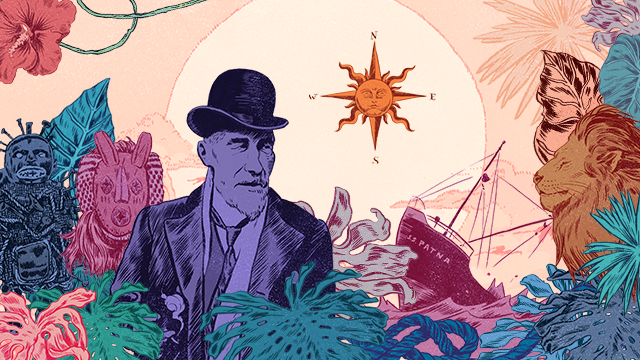 The celebrations of the Conrad Year also meant a unique series of literary gadgets with graphic designs made by Mateusz Kołek, Krakow designer, illustrator and comic writer. These were, among others, posters, mugs, socks, bookmarks, notebooks, stamps and a creative leaflet in the shape of a ship presenting Conrad’s associations with Krakow and his biography.

Many interesting projects made it possible for literature to be more visibly present within the urban space. Thanks to the cooperation with the AMS company and the National Museum in Krakow, the passengers of public transport could use all year long a multimedia literary stop on which Joseph Conrad was looking at the infinity of the African jungle. In December, unveiling of a mural dedicated to the writer took place, made by Artur Wabik, Krakow street artist, which will be incorporated into the landscape of the post-industrial Krakow district of Zabłocie (at 11 Zabłocie Street). At the end of the year, during the whole month, there was also an exhibition in front of Wyspiański Pavillion at All Saints Square thanks to which passersby could learn some interesting facts on the life and work of this Polish writer.

Another extremely significant element of Krakow UNESCO City of Literature actions centred around Conrad were media actions. The representatives of Krakow UNESCO City of Literature took part in a series of radio programmes prepared by Polish Radio Programme Three, or in a Conrad’s edition of Tygodnik Kulturalny prepared by TVP Kultura. Conrad’s issue of Gazeta Wyborcza published on the birthday of the author of Heart of Darkness was the culmination of these actions.

The year-long programme of the Krakow celebrations was accomplished thanks to the co-funding of the Ministry of Culture and National Heritage. 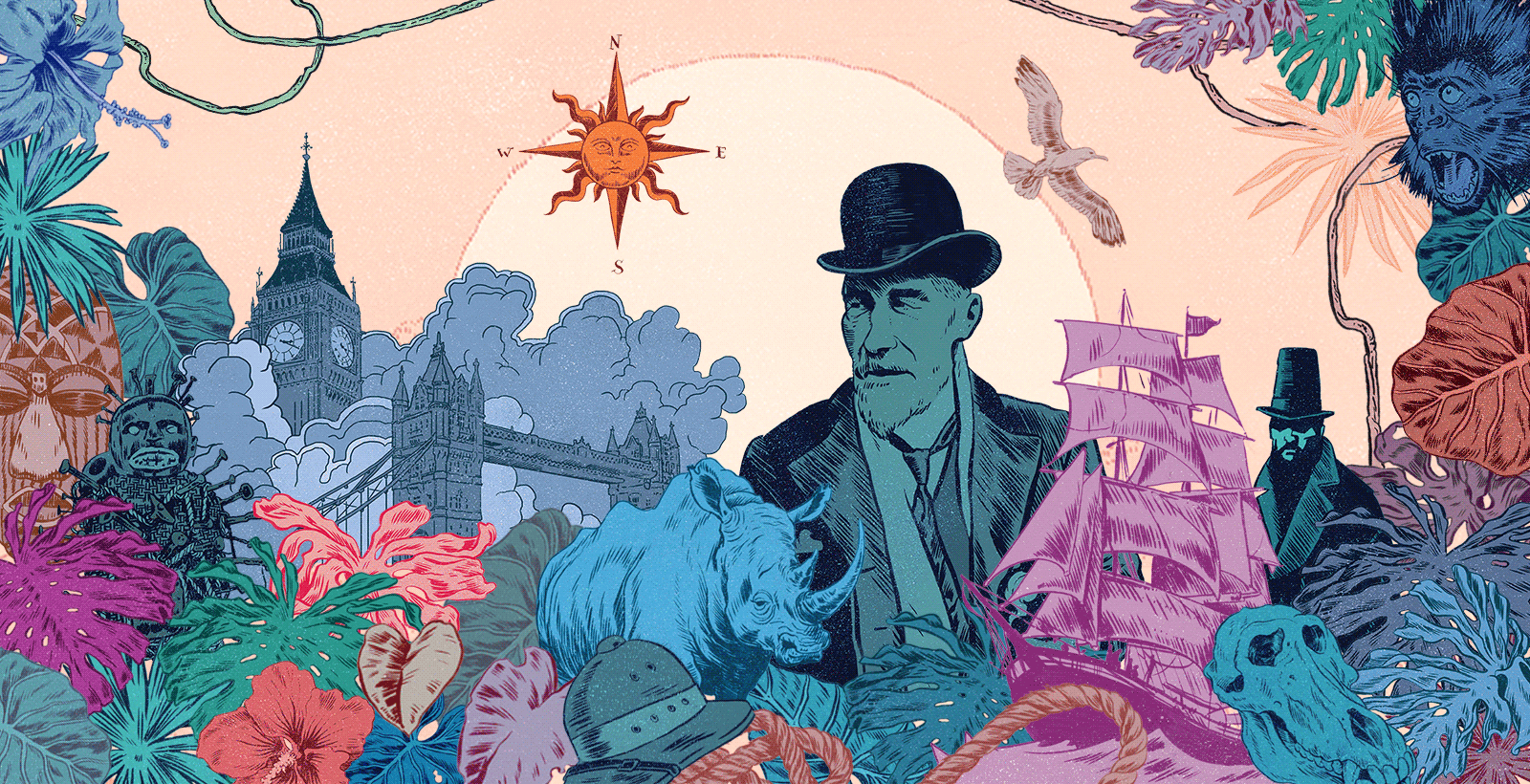 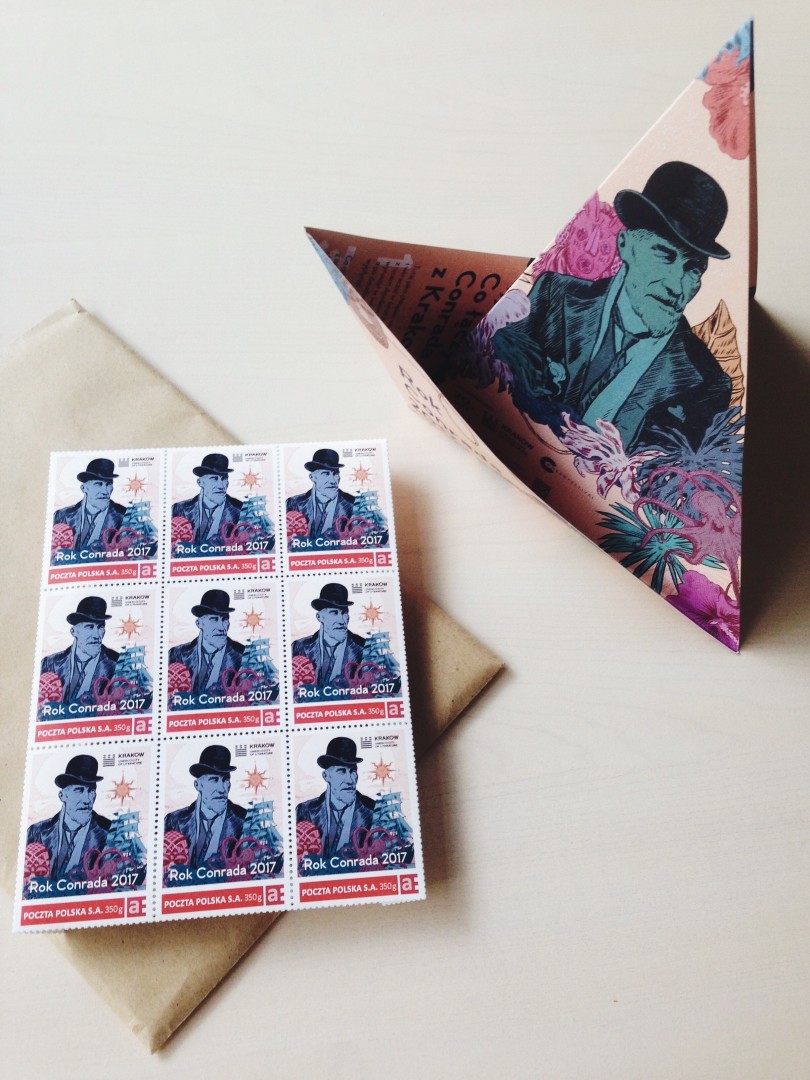 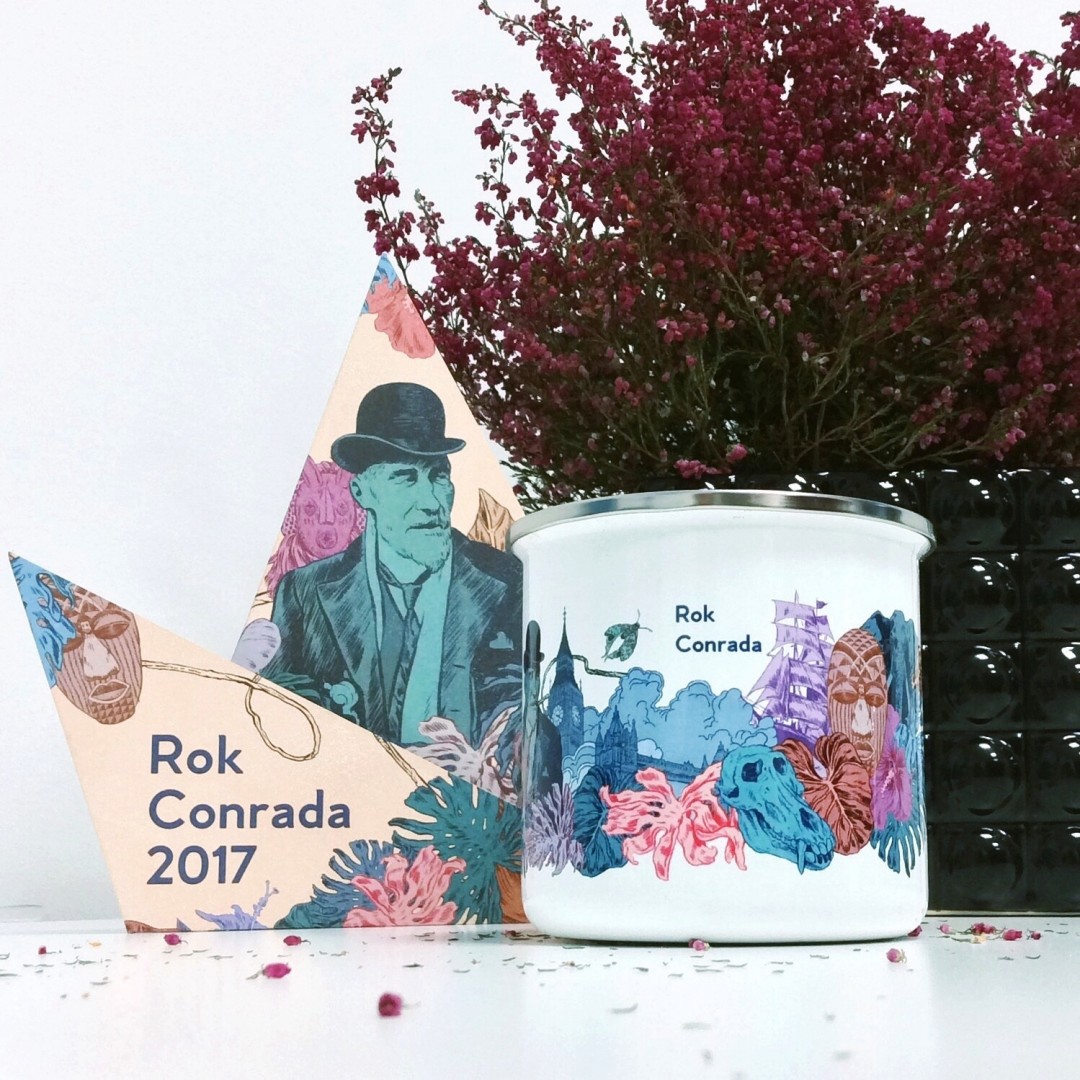 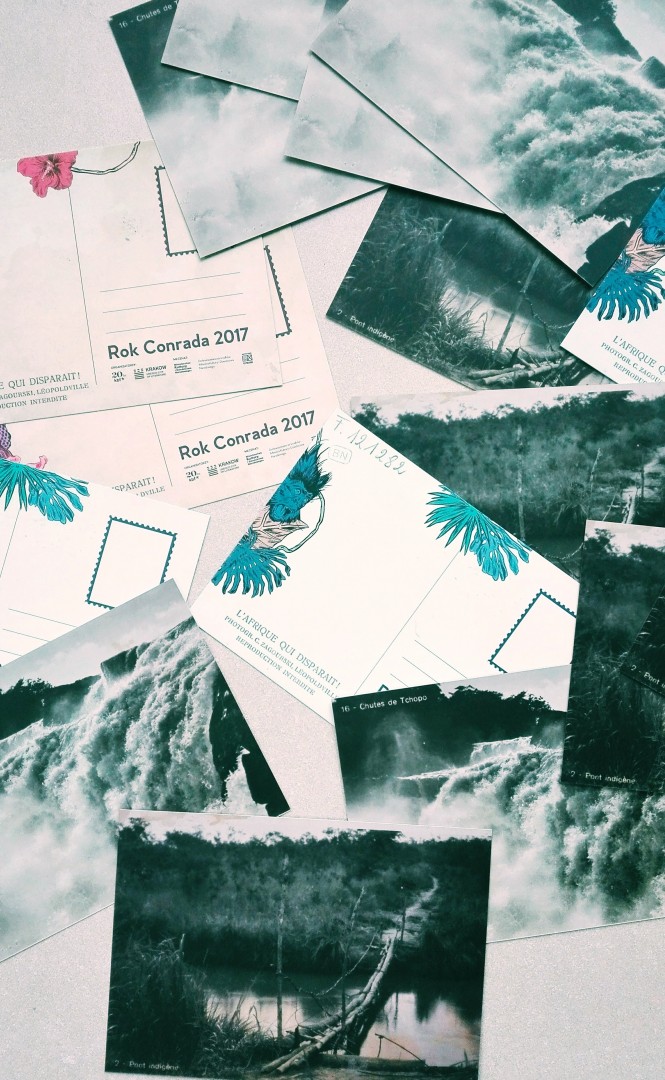