Herta Müller, Marjane Satrapi, Amos Oz, Rabih Alameddine, Claude Lanzmann and Jurij Andruchowycz – these are the confirmed guests of the 2nd Joseph Conrad International Literature Festival, organised this year under the motto “Other worlds, other languages”. You are invited to Krakow on 2-7 November. The festival is organised by the Krakow Festival Office and Foundation of “Tygodnik Powszechny”. See photos from the conference, at which we announced the first guests of the Festival. 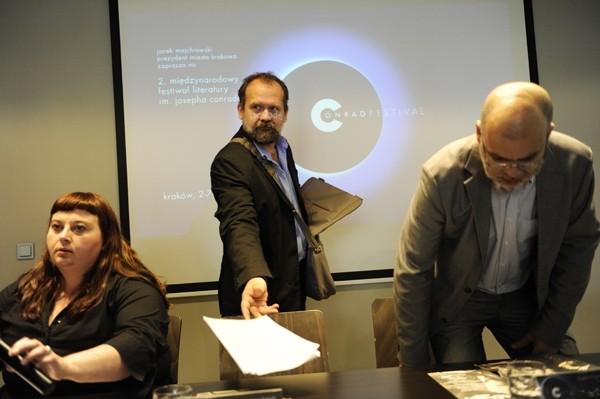 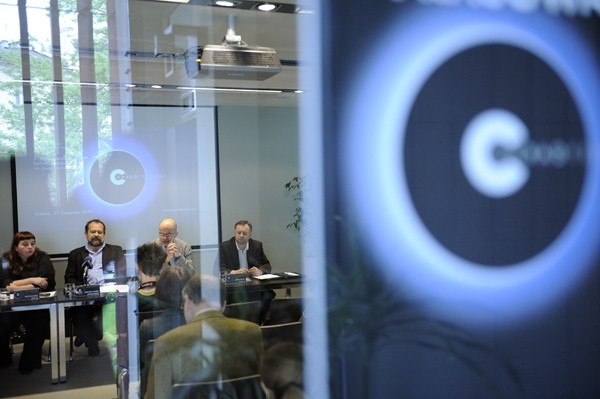 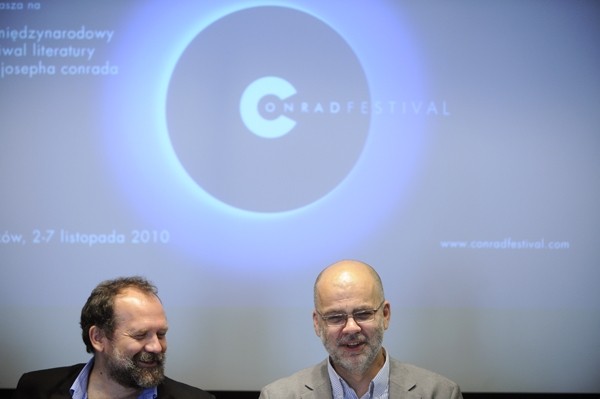 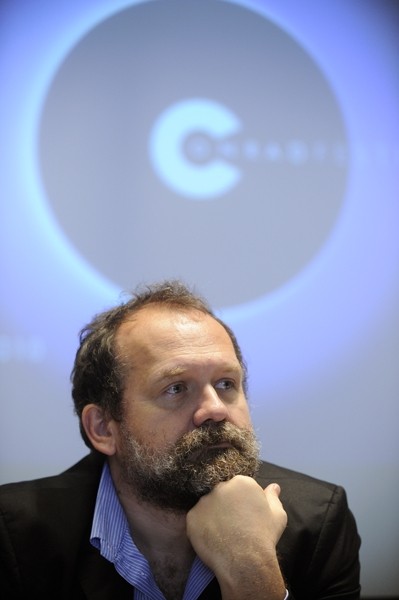 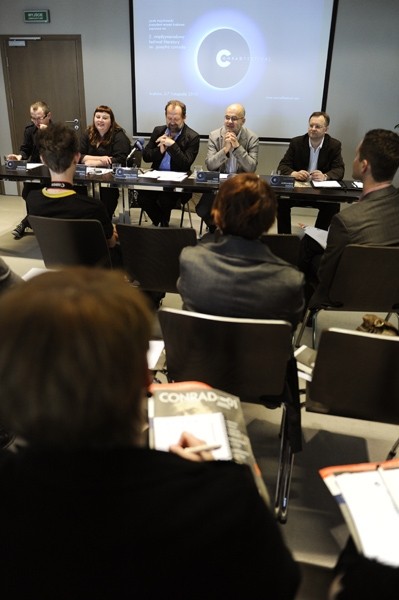 Herta Müller (born in 1953) is a German writer of Romanian descent. She was born in a small village resided mainly by German-speaking people. Because German was her first language, she learned Romanian at school. During the war, her writer father was enlisted into SS units. After 1945, her mother landed in USSR, where Romanian Germans were deported for forced labour. She was a student of German studies and literature. At the beginning she worked as a translator of specialist texts in a factory, but after refusing to cooperate with the Romanian secret services, she was dismissed. She supported herself from work in a preschool and by giving private German lessons. She debuted in 1982 with the novel “Nadirs”. The first version was published in partial form, as censorship did not permit to print certain fragments. In 1987, together with her husband at the time (writer Richard Wagner), she emigrated to Germany, where she lives until today. She lectured at German universities and occupied herself with writing. In the year 2009 she received the Nobel Prize in Literature. The following books written by Müller have been published in Polish: The Land of Green Plums, The Appointment, Even Back Then, the Fox Was the Hunter, The King Bows and Kills, Nadirs, The Passport, Hunger and Silk.

Marjane Satrapi (born in 1969) is an Iranian-French author of comic books and graphic stories, as well as a director of animated films. She was brought up in Teheran, where she attended a French high school. A few years after the Islamic revolution, which threw over the king of kings and gave power into the hands of the Ayatollahs, Marjane’s parents sent her to Vienna to complete her high school education. When she returned to Teheran, Satrapi studied visual communications at the Islamic University. In 1994 she left to Strasburg to take up studies at the Academy of Fine Arts. She cooperated with an artistic collective, which composed of her friends from university. Thanks to them, she discovered the works of European and American comic artist. Art Spiegelman had a particular influence on her. In the years 2000-03, four volumes were published of her most famous graphic story “Persepolis”, in which she tells of her life in Iran and in Europe. In 2007, an animated film was made based on it, which Marjane directed together with Vincent Paronnaud. She is a laureate of the prestigious comics competition organised with the Comics Festival in Angoulême. Aside from “Persepolis”, the following have been published in Poland: “Chicken With Plums" and “Embroideries”.

Amos Oz (born in 1939) is an Israeli essay writer, prose writer and publicist. His parents came to Palestine from Rovno and Odessa in the thirties of the XX century. The writer was born in 1939 in Jerusalem, for many years he lived and worked as a farmer and teacher in the kibbutz Hulda. After completing his military service, he studied literature history and philosophy at the Hebrew University of Jerusalem. He debuted in 1965 with a collection of stories “Where The Jackals Howl”. Translations in Polish of a few of his stories and collections of stories were published, among others, Firma, My Michael, Black Box, A Panther In the Basement, To Know a Woman, Unto Death, Suddenly In the Depth of the Forest, Rhyming Life and Death, Scenes From a Village Life. Amos Oz co-founded the organisation Shalom Achshav (Peace Now). He is a lecturer of literature at the Ben-Guriona University of Beersheba. He has been mentioned in the group of favourites for the literary Nobel Prize for a few years now.

Rabih Alameddine (born in 1959) is an American writer. He was born in Jordan, but his parents are Lebanese. During his youth he travelled a lot, moving from country to country. As a teenager, he left to England, then to America, where he studied at UCLA in California. He is an educated engineer, but started writing very early. Aside from the story published in Polish The Hakawati, he published two stories in the USA – Koolaids and I, the Divine – as well as a collection of stories “The Perv”. Alameddine is also a painter, he has exhibited his works in many galleries in Europe, America and the Middle East. He lives in San Francisco and Beirut.

Jurij Andruchowycz (born in 1960) is a Ukrainian poet, prose writer, essay writer, translator and musician. He was born in Ivano-Frankivsk, studied (printing and literature) in Lvov and Moscow. He debuted in 1985 as a poet. That same year he founded (with Wiktor Neborak and Ołeksandr Irwanec) the group Bu-Ba-Bu (Burlesque-Side-show-Buffoonery), which influenced the Ukrainian literary scene significantly. His stories published in the nineties brought him recognition: Recreations, The Moscoviad and Perverzion. In Poland – aside from the mentioned works – the following books were also published: the novel Twelve Rings; book of essays Erz-herz-perz, The Last Territory. Essays on Ukraine, as well as the book of essays written together with Andrzej Stasiuk My Europe; book of poems Songs For The Dead Rooster, Exotic Birds And Plants. Poems from 1980-1990. Among others, he is a laureate of the prestigious Angelus Prize, awarded in Wrocław.

Claude Lanzmann (born in 1925) is a French director, reporter, documentary writer, chief editor of the literary and political periodical Les Temps Modernes (established by Paul Sartre and Simone de Beauvoir). As a teenager he acted in the French resistance movement (he fought in Auvergne). He protested against the war in Algeria. The film Shoah brought him publicity – a spoken history o the Holocaust, in which Lanzmann presented the testimonies of Jews, Poles and Germans, omitting historical sources. He wanted a first-person narration of participants of the war. His other films include: Israel, Why (1972), Tsahal (1994), Sobibor (2001) and The Karski Report (2010).