“I am happy to be in Krakow again after five years. This city moves me very deeply and is close to my heart. Shalom” – these were the words with which Amos Oz greeted the audience that came yesterday to the Ludwik Solski Academy for the Dramatic Arts in Krakow. This outstanding Israeli writer arrived in Poland upon invitation from his main Polish publisher – Rebis Publishing House. The meeting, which was hosted by Piotr Paziński, an editor of the Midrasz monthly, was a harbinger of the upcoming 2nd Joseph Conrad International Literature Festival, which is approaching in large steps. 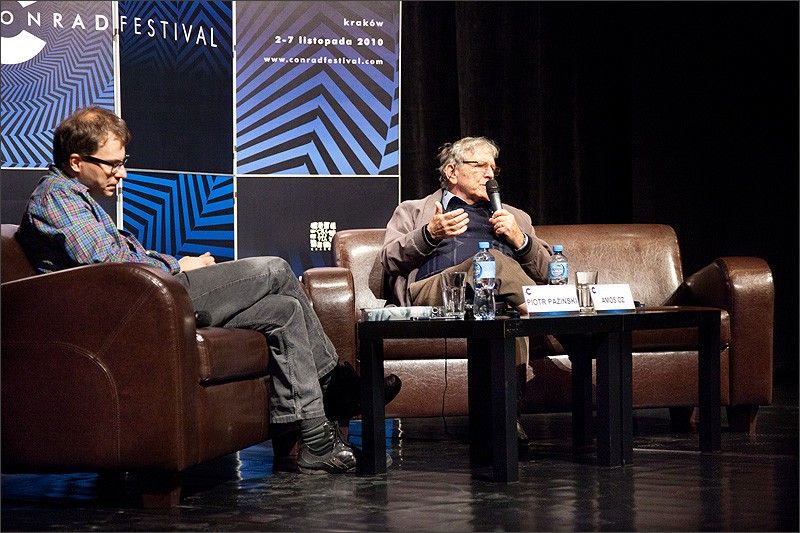 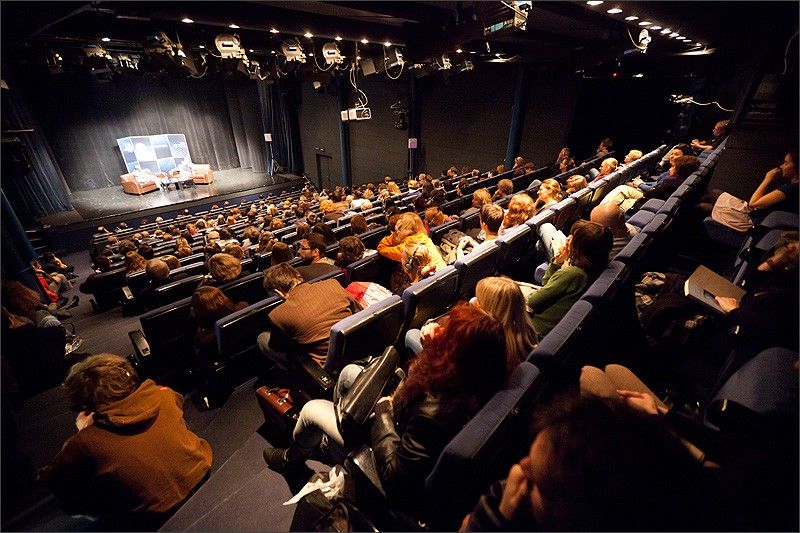 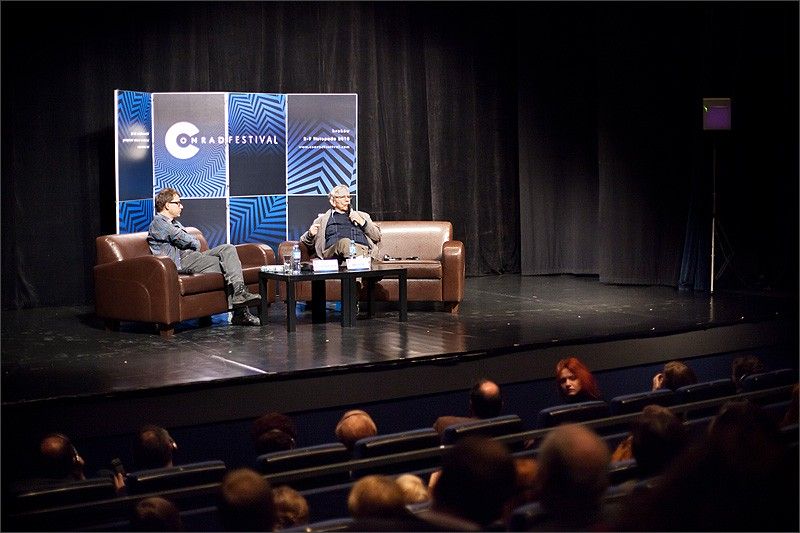 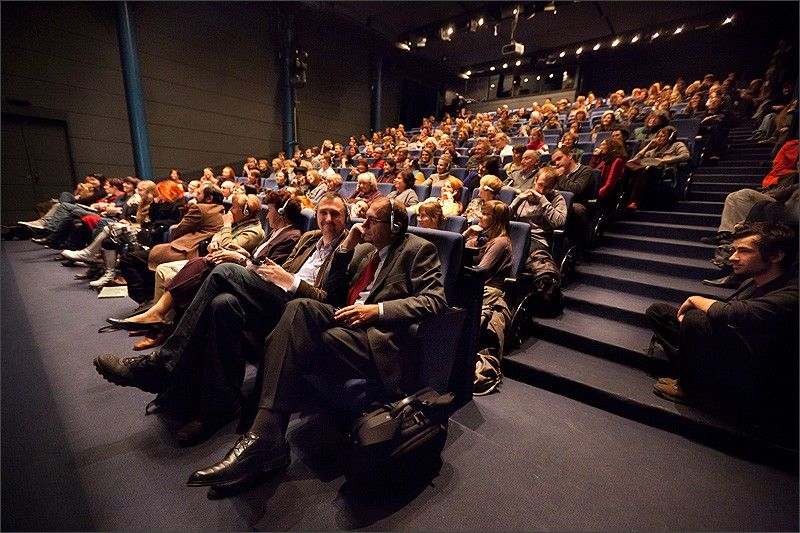 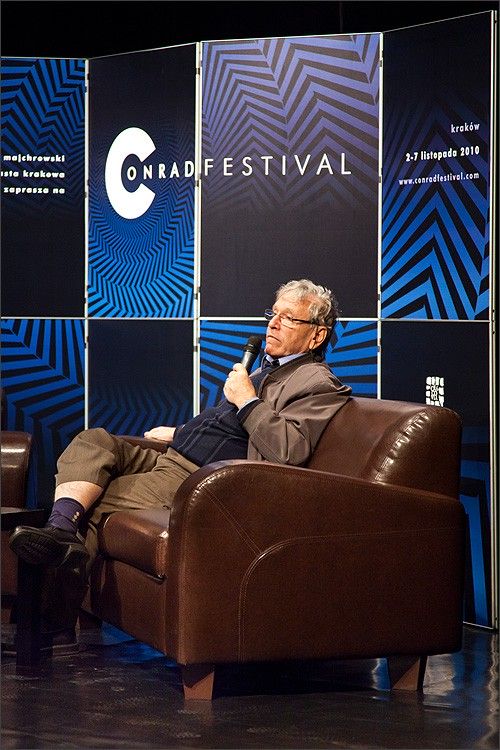 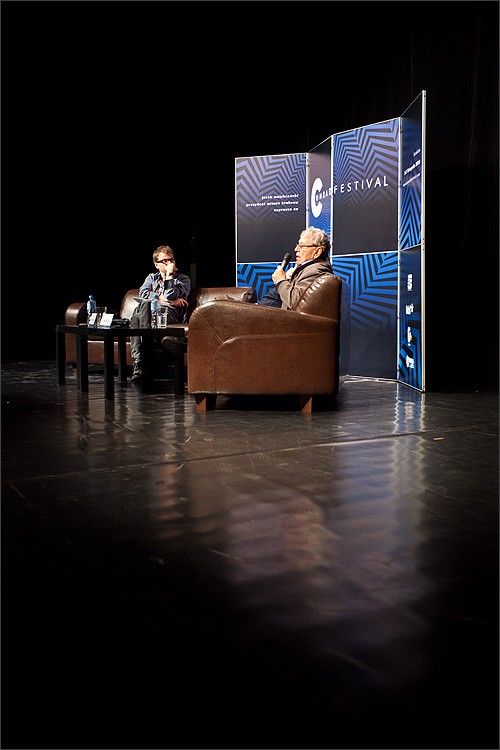 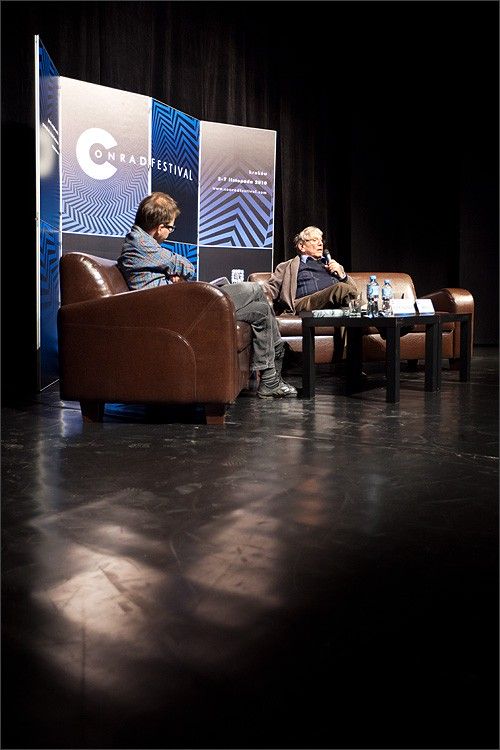 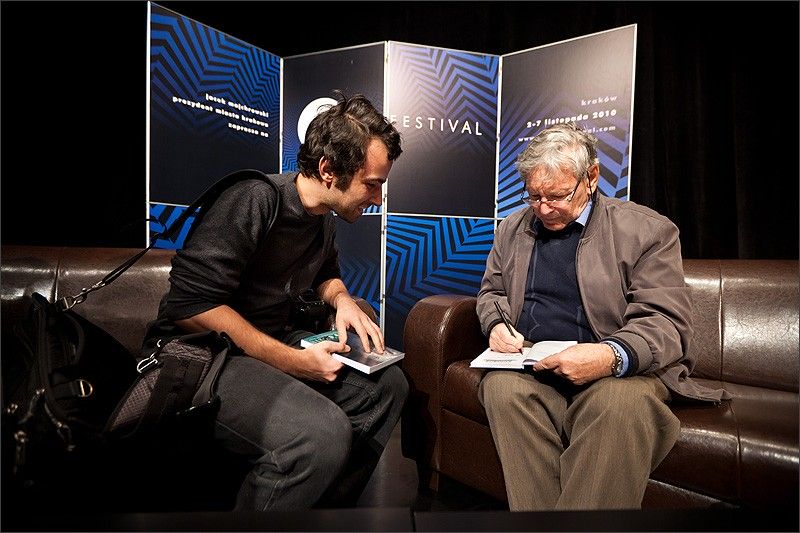 Oz had arrived in Krakow already on Tuesday in the late afternoon. On Wednesday morning he visited an exhibition of Judaic items in the National Museum, visited the Matra bookshop in the Central Market Square and then took a walk across city streets together with his wife and had dinner in Kazimierz.
At 4.00 p.m. a crowd of readers was waiting for him in the Ludwik Solski Academy for the Dramatic Arts. After the first question of Piotr Paziński about the world in the decadent period, which – according to the writer’s earlier words – should favour the creation of literature, Oz characterised his writing with the following words: “In a word, all of my novels are about families. If I were to describe them with two words – I would have to say that they are about unhappy families. And if I were to tell the reader about my writing in three words – I would have to refer him to my books.”

He defined protagonists of his novels as people who continuously experience the loss of something they do not fully know what it is. “However, this vision of the world is not pessimistic”, underlined the writer, because those searches are still undertaken again and again, and the painful feeling of absence is often transformed into irony and sarcasm. The Israeli writer shared also his reflections on the essence and importance of literature: “On a deeper level, all of our secrets are the same. The magic of good literature lies in the fact that it touches those levels on which we can identify a part of ourselves.”

Asked why he writes, Oz answered shortly: “Since the very beginning I have felt the need of listening and sharing my tale.” He also added with a smile and apparent satisfaction that he started listening attentively and telling stories in order to impress women, because he had no outstanding qualities. The motif of listening to a tale recurred a few times during the meeting with the author of Where The Jackals Howl: “Someone who knows how to listen, is not only a better parent, but also a better lover. In my opinion, listening is the essence of interpersonal relations.”

When asked about his involvement in political and social matters, Oz – an activist of the “Peace Now” movement – quoted a tale of two pens on his desk that is well known to his avid readers: “I use one pen to write novels, because I do not use a computer, and I use the second blue pen to write a letter to the government to send someone to hell.”

A large part of the meeting was devoted to the history and present situation of Israel – a topic which recurs in books by Amos Oz. The writer emphasised that the entire Jewish civilisation is based on debates and disputes and is a space of continuous interpretation. “In Israel every taxi driver is a prophet”, said Oz. “The heritage of the past is still present in us.”

He talked movingly about the birth and transformations of the state of Israel and the vanishing of its cosmopolitan nature: “Israel was born out of a dream”, he said. “Something like that is quite untypical in history. It was created from a dream. Everything that arises from a dream must arouse dissatisfaction. This proves true when you cultivate your dream garden, or build a house or nation.”

And he added: “My parents considered themselves to be Europeans. In the past – 70 or 80 years ago – the only Europeans were Jews. Today a definition like this is not surprising to anyone. My parents loved Europe, but Europe did not love them. My father could read in 16 languages. My mother talked to my father about difficult war matters in Polish or Russian so that I could not understand anything. They dreamt in Yiddish. I was taught Hebrew by them.”
After one of the questions from the audience, the author of Fima said: “I would define myself as a grateful person. I am grateful for everything. This is perhaps because I survived the war and I was so much close to death.”

Oz mentioned also his interest in Polish literature, particularly the poetry of Szymborska, Miłosz and Herbert, whom he appreciates very much. He said several times that his biggest literary authority is Chekhov. The author of The Cherry Orchard fascinates him not only as a playwright, but primarily as a man who, in spite of his literary success, remained a modest rural doctor till the end of his life. “If I could be someone else for a moment, I would like to be a character from Czechov's works, maybe even his patient.” After a while, he added jokingly: “… but someone who does not suffer from a very serious disease”.

The last question of the audience referred to the understanding of freedom - it was an unusual conclusion of the meeting with the man who ceaselessly fights for this freedom in various ways. Amos Oz said: “I think there are two kinds of freedom. The first of them is being independent, not afraid of others – this is the kind of freedom I particularly appreciate as a Jew. Apart from that, there is a deeper kind of freedom – the internal freedom that allows you to look at the reality and yourself from a distance and forgive...”

The unusual meeting with the author of Where The Jackals Howl heralds further fascinating literary and other adventures that will happen soon at the 2nd Conrad Festival (2-7 November). We invite you to read books by Amos Oz and to keep track of festival events that will begin in less than two weeks in Krakow. (MD)