Yesterday, at 10 p.m. at the Cinema “Pod Baranami”, the first film show from the series “Literature and Film” was held – “Persepolis” directed by Vincent Paronnaud and Marjane Satrapi ( France/USA 2007, 95’). 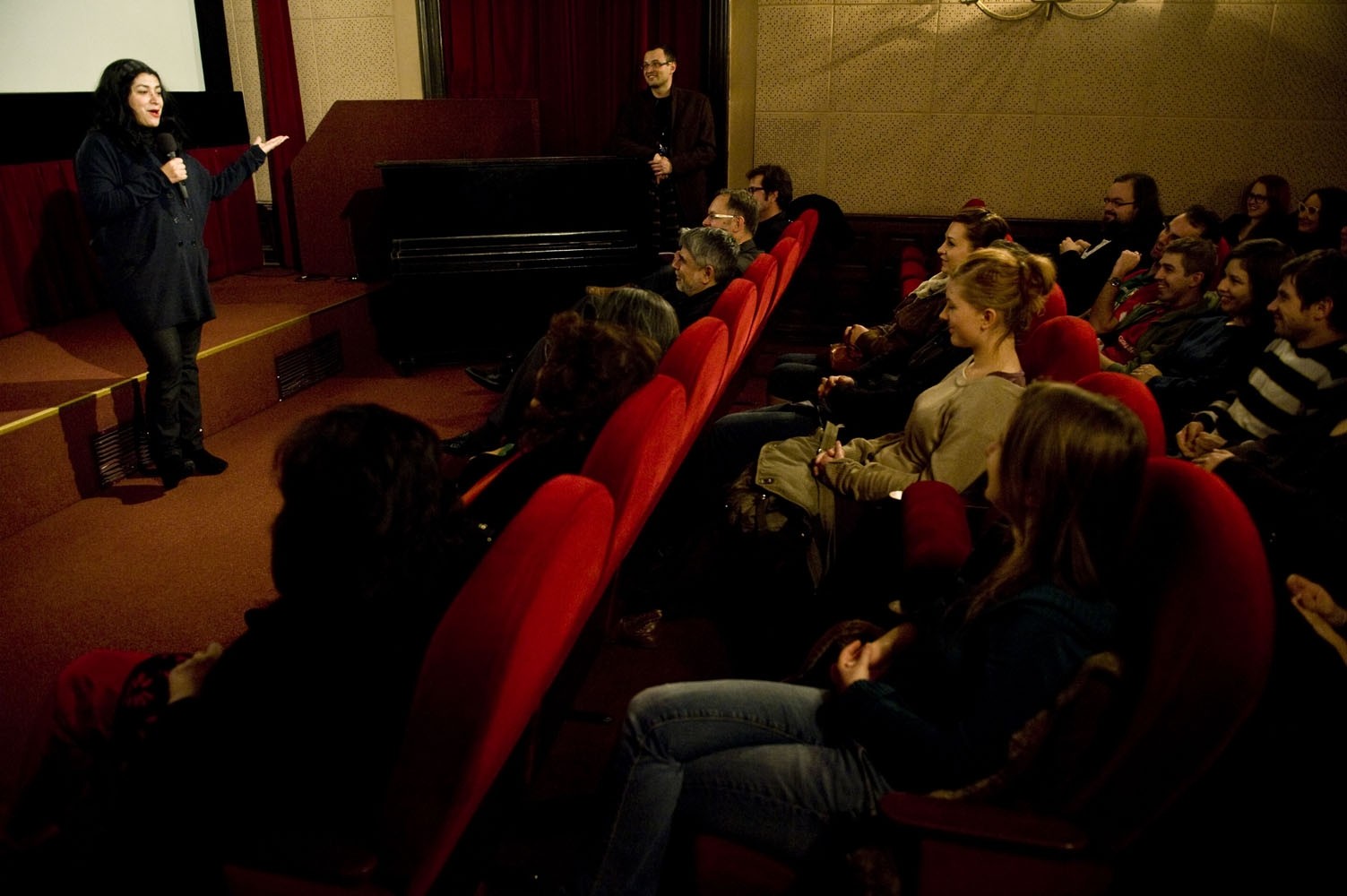 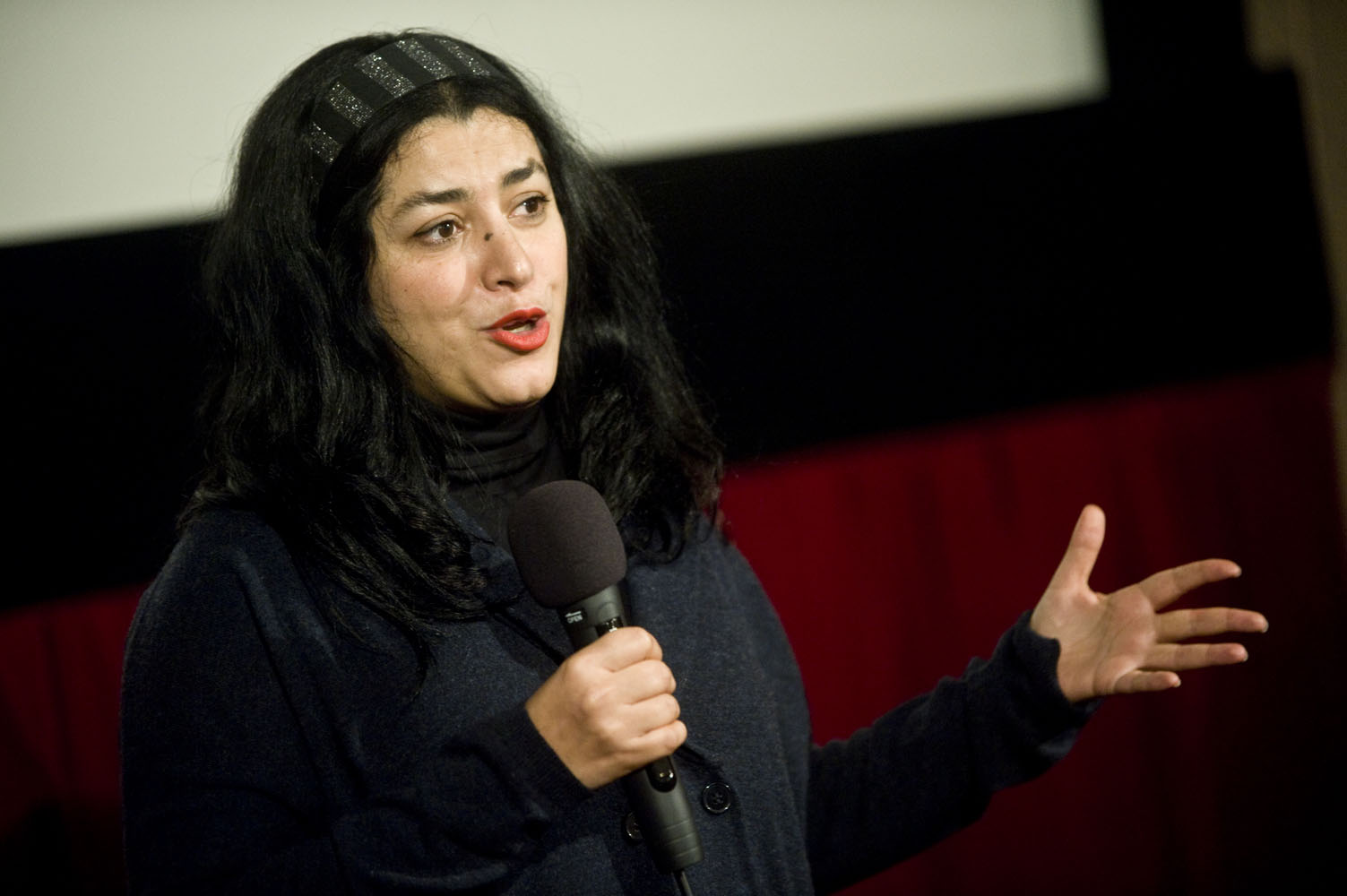 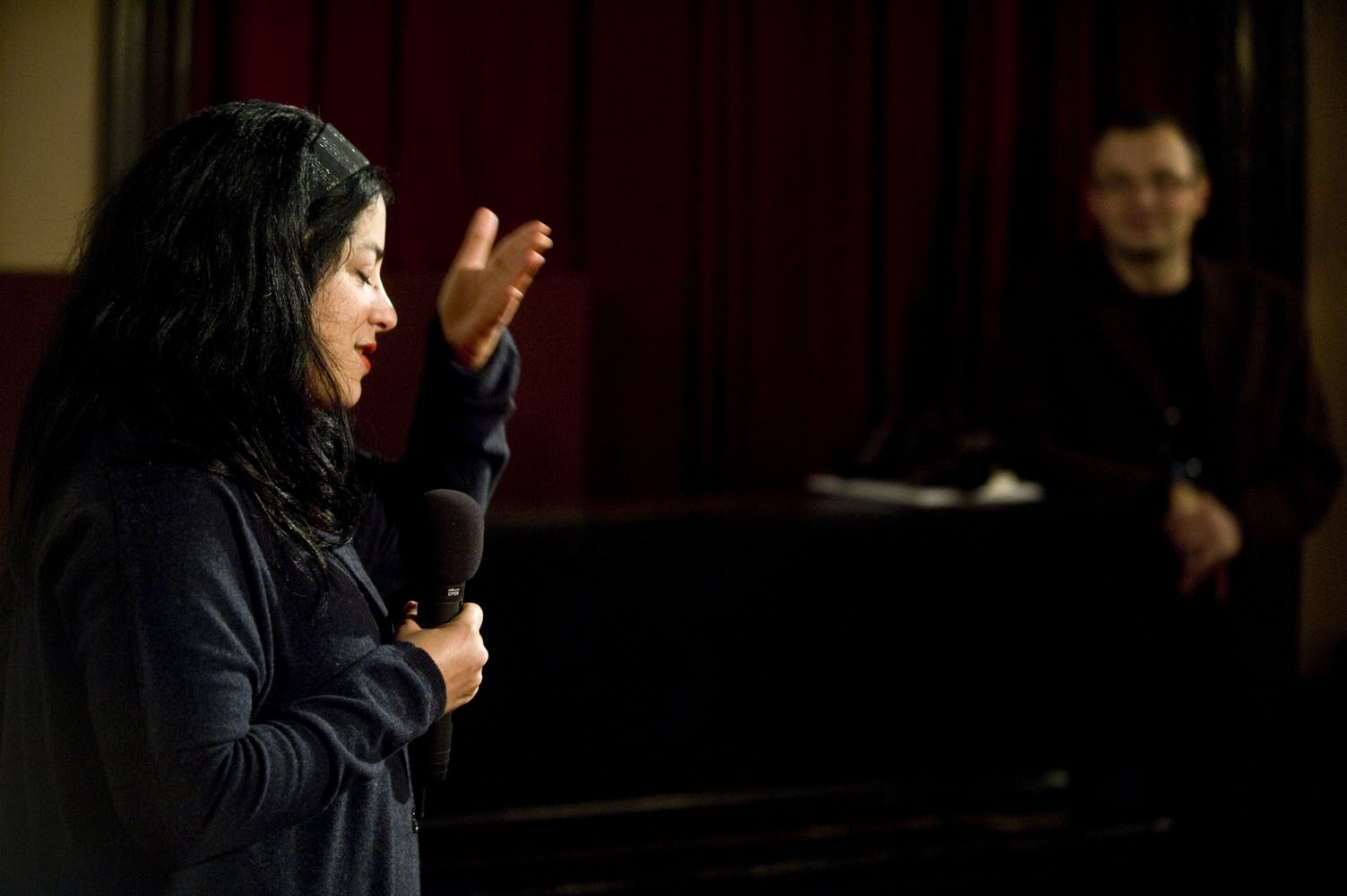 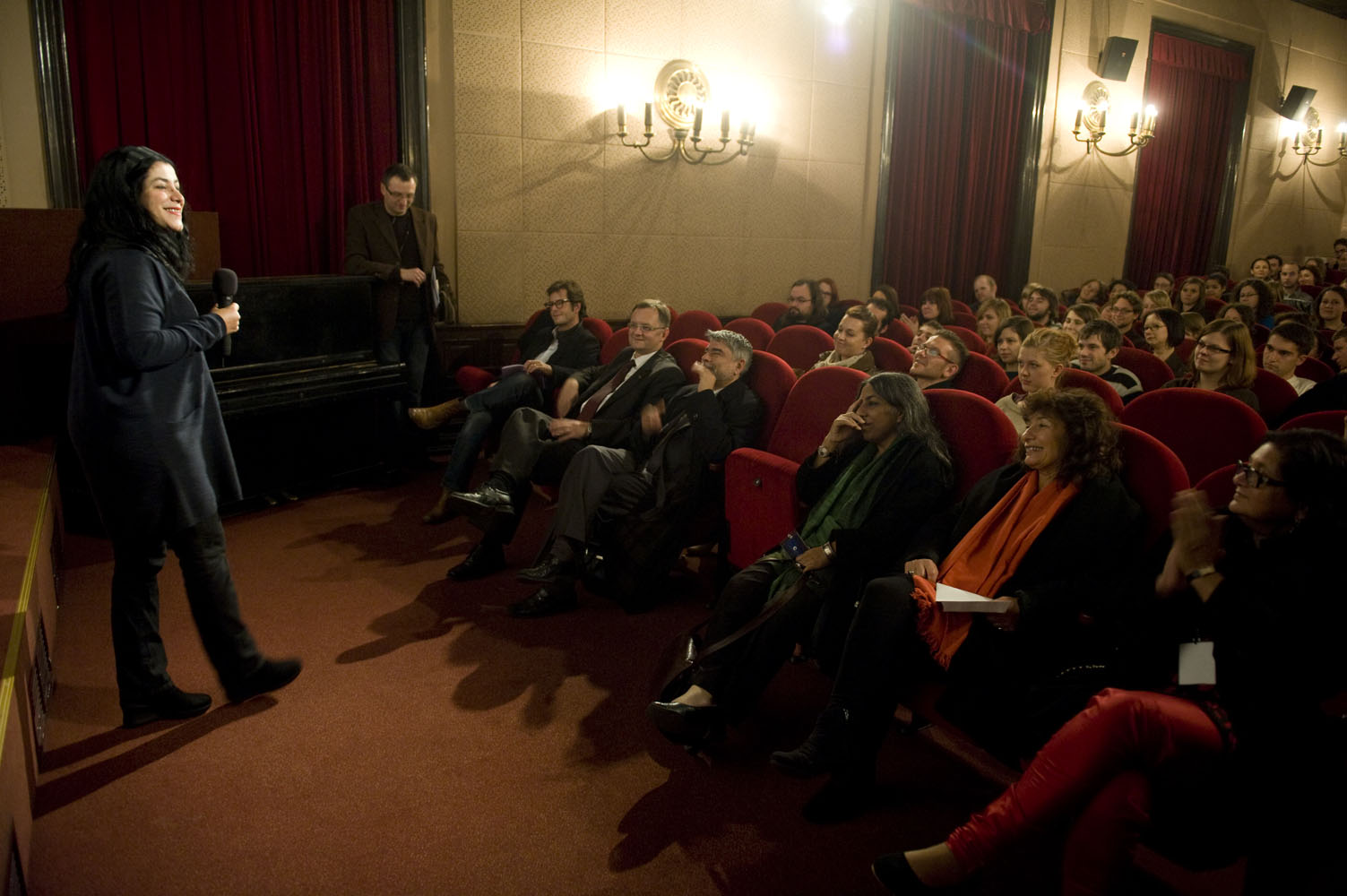 The black and white, two-dimensional animation was created on the basis of the comics of the special guest of the Conrad Festival – under the same title. The festival audience had the opportunity one again to see on the big screen this wonderful, but bitter, story about growing up in Teheran during the Islamic revolution. The main character – Marjane – porte-parole Satrapi – reads Marx’s writings with passion and dreams of becoming a prophet. We meet her, when the fundamentalists take over authority, forcing women to wear shawls, and men to grow beards. We observe Iran through her eyes. The teenage girl conducts an intelligent game with the “guardians of morality”, she discovers the banned punk, listens to Abby and Iron Maiden. When persecutions strengthen and the Iran-Iraq war takes on fierceness, Marjane is sent to a school in Austria by her caring parents.

Marjane Satrapi personally introduced her viewers to her work telling with humour about how “Persepolis” interested producers of the series Beverly Hills 2010 and American managers presenting themselves as "friends of Jennifer Lopez” (sic!) – wanting to produce the series “Perspepolis” in the Hollywood way at any cost. Of course these propositions were accepted by the writer with unshaken indifference. She agreed only for cooperation with the co-director Vincent Paronnaud, and work on the film lasted almost two and a half years. “I wasn’t an easy partner” admits the writer. She strongly demanded changes in the choice of voices dubbed, as well as technical changes; she “terrorised” the production team to the end. “For six months I could hate everyone of them, but when our work was create, I knew I love them like people with whom I went through a lot”. “I saw this film so many times, that right now, I only see mistakes that I could no longer fix” she admitted at the Cinema “Pod Baranami” with amazing honesty. It is difficult to believe this in watching one of the most outstanding productions of French animation, the unique animated tale of growing up in the shadow of religious fanatic, a masterpiece in form an genre. For lovers of comics, animations and good cinema, the meeting with Marjane Satrapi was not only another opportunity to see “Persepolis” on the big screen, but above all to meet a cheerful and funny artist, who does not hide her character, the impulsiveness in speaking, wittiness and chatty note. Her story on working on the film, charming smile and perfect English practically immediately seduced the festival’s public – who despite the late time – gathered at the cinema in big crowds.

While today, at the International Centre of Culture at 6 p.m. a meeting of the writer with Grzegorz Jankowicz will be held. The discussion titled “Embroidering” will concern the courage of renouncing the damned violence of hypocrisy, social schizophrenia, frustration of women, chauvinism of men and freedom of creating. Join us. Entrance free.