Yesterday, last year's winner of the Literary Nobel Prize – Herta Müller – met the readers who filled the Main Hall of the National Museum. The great interest in meeting the author of “The Land of Green Plums” forced the organisers to change the mode of translation. As the Festival's Artistic Director, Professor Michał Paweł Markowski revealed, Herta Müller's third visit in Krakow was one of the several culminating events of this year's Conrad Festival. The German writer read a passage of her prose, talked about work on her most recent book titled “Everything I possess I carry with me” which was published in Poland in June in Poland, as well as about the close relationship with the Romanian writer and poet – Oskar Pastior. She also revealed how the idea of creating famous literary postcards was conceived. The meeting with Herta Müller titled “Everything I possess I carry with me” opened the extensive theme block on solitude, historical responsibility and blame, areas of collective memory, the patron of which is another great German-speaking artist – Paul Celan. 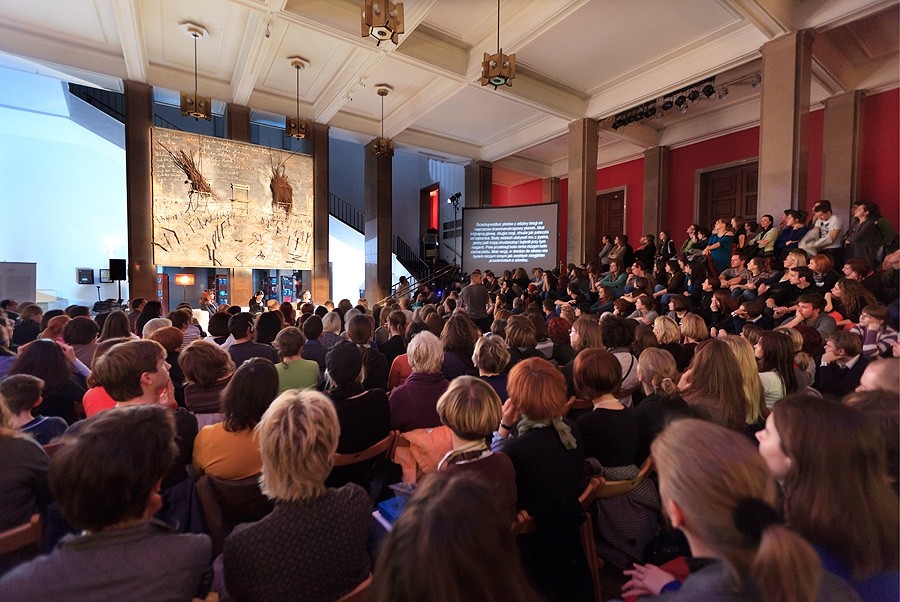 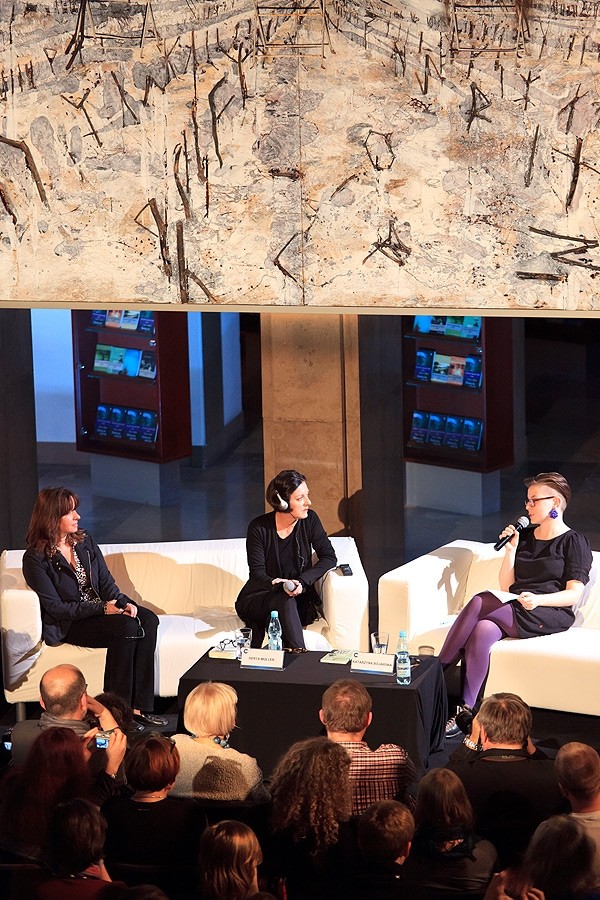 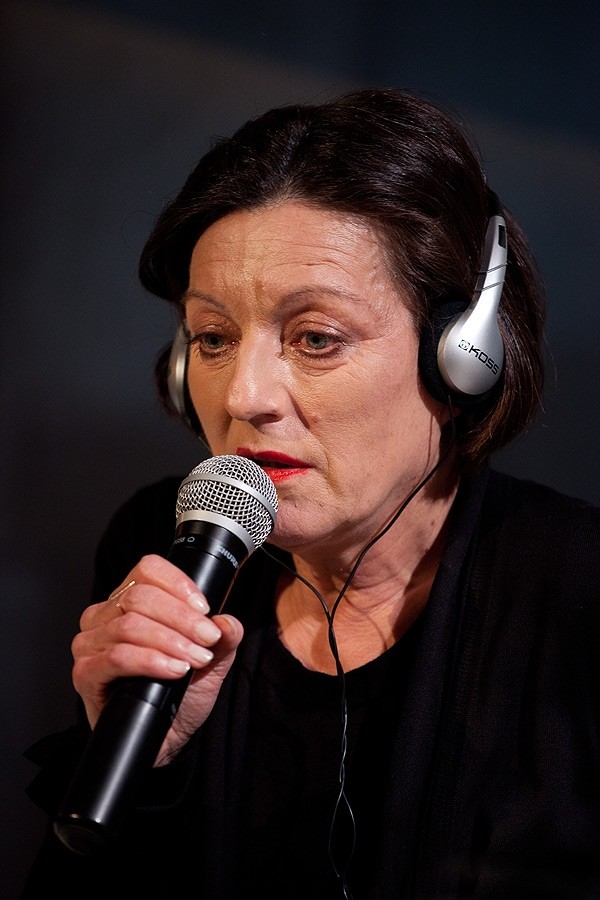 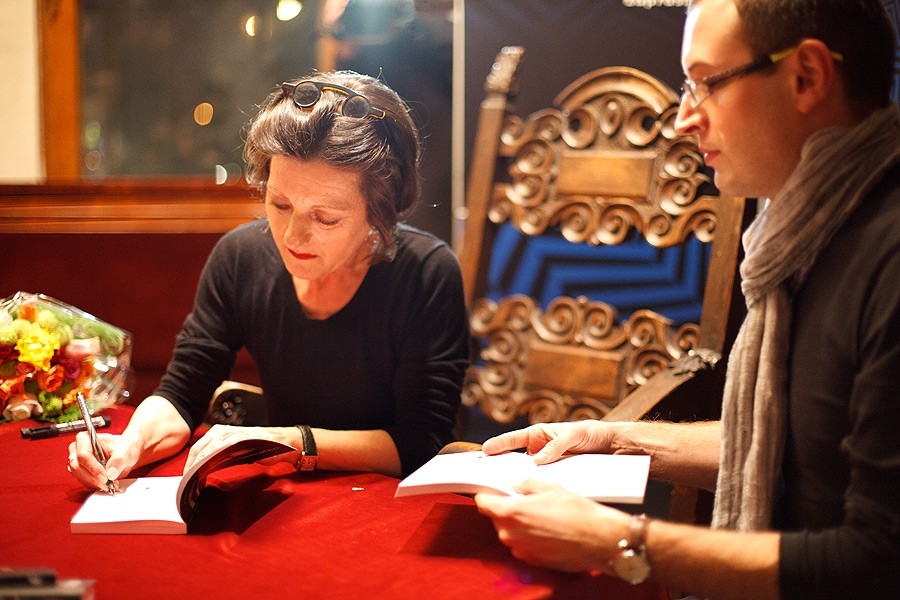 
When talking about “Everything I possess I carry with me”, Müller emphasised that the subject of concentration camps has accompanied her for a long time. Her mother was deported for 5 years. However, the Nobel Prize Winner received little knowledge from her. Only short sentences remained in the memory: “The cold is worse than hunger”, “The wind is colder than snow” – she would recall. “Sometimes, she would also reveal something to me when brushing her hair or peeling potatoes. But it was very little, halves of sentences”. “This subject always appeared in my work, but somehow on the side. I was afraid to write about something I had not experienced myself”. However, Müller wanted to understand what lies behind this fear. She knew that “there would come a time when there would be no witnesses” – that is why she started writing. The Romanian writer and poet, Oskar Pastior, who was taken to a camp as a 17-year-old, gave her this opportunity. His remarkable memory of details constructed this book: “Oskar had amazing retrospective potential. On the one hand, he was very emotional, on the other, rational; he approached this very analytically” – the author recalled yesterday. He would talk, she would write it down, and then they constructed the story together: “At first, I was surprised that the camp was somehow inscribed within his body.” Together with Pastior, she went to the Ukraine, where labour camps were situated: “There, he felt like somebody who was returning home.” In 2006 Pastior died. After a year's break, Muller decided to write the book herself.

Asked about the recently published information, based on the disclosed files of the Romanian secret police, that Pastior was her secret collaborator in the years 1961-1968, the writer said that this was terrifying news for her. “Researchers say that in those years there were thousands of people who, under threat of imprisonment or other repressions, signed something, and then never gave any reports. I do not know whether that was the case with Pastior” the Nobel Prize winner explained.

When asked whether the writer, the artist is a better witness to history, she replied without hesitation that it is not: “I think that it depends on the person. Artists differ as much as all other people.” When asked to characterize the status of their texts, she said: “I would not call them documents. They don't fulfil the conditions. I create fiction, I search. Of course, I make it up on the basis of my experience.” She emphasised that “man is responsible towards reality, even when it is invented.” The vigilance of small detail that is characteristic of her books is explained by her: “We are dependent on things, though often in everyday life we are not aware of this. In a labour camp, man didn't even possess himself – belongings in such surroundings gained special value.”

About the place in her work occupied by literary collages, literary postcards, which she has been creating for a long time, but which have recently become available to the Polish reader, she says: “It just happened with these collages. I was once travelling and accidentally I started to create cards and glue different words and pictures onto them. I did this on the train, on the plane. At the time, you could still have a pair of scissors on board” she recalled. “I realized that it was interesting. As time went by, I started doing this at home. First, only in the kitchen. I had a table for them in my flat. Then I would put them away. I bought little cupboards for words I placed into the drawers. I was becoming more and more crazy about it. Accidents are always something special”.