Claude Lanzmann – a member of the resistance movement during World War II, an ardent advocate of the independence of Algeria, a friend of Jean-Paul Sartre, Gilles Deleuze, partner of Simone de Beauvoir, the author of one of the most important films about the Holocaust, lasting more than nine hours “Shoah” – visited Krakow yesterday. 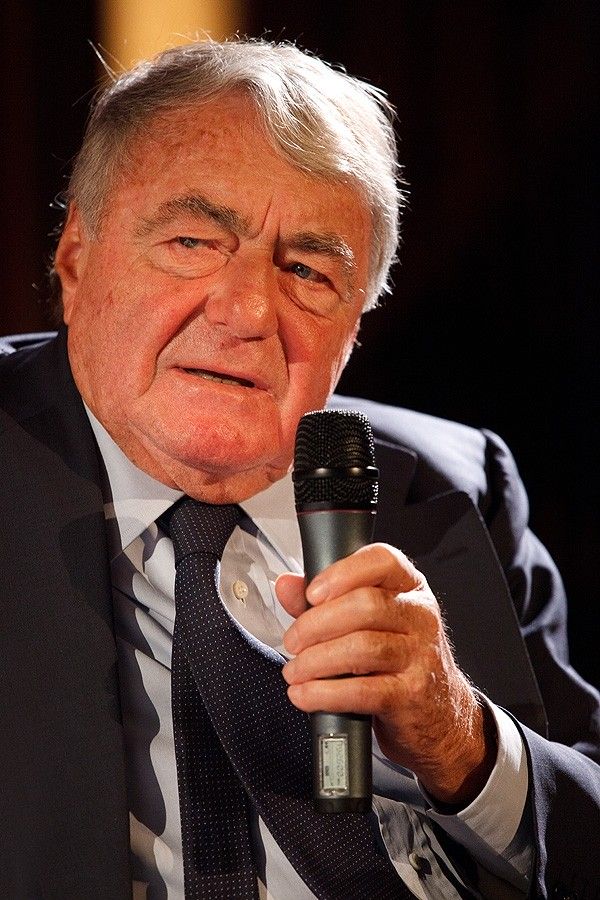 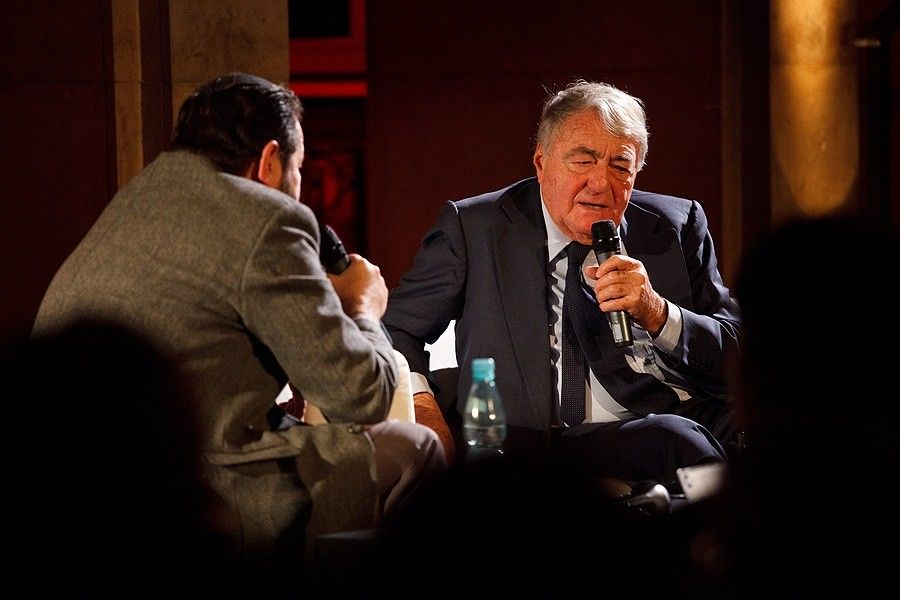 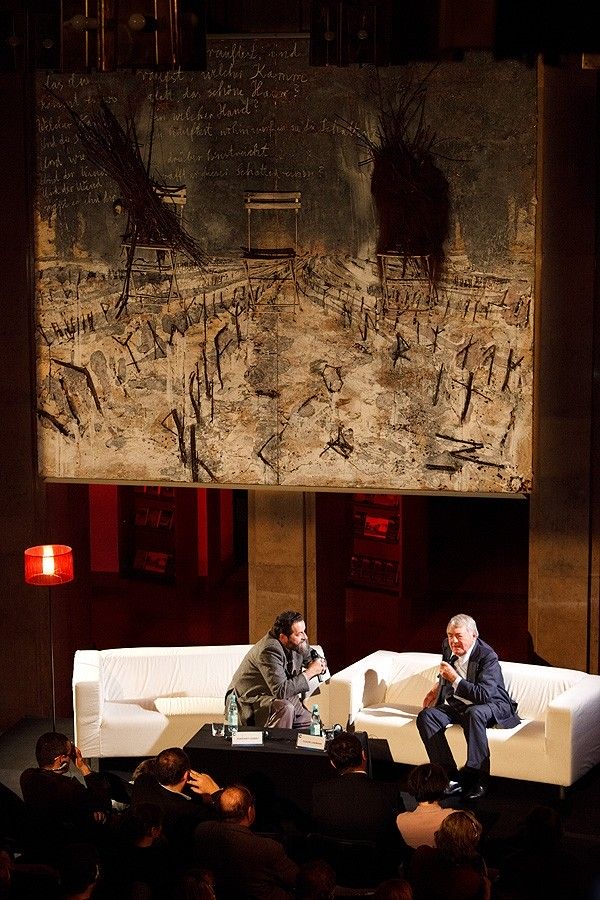 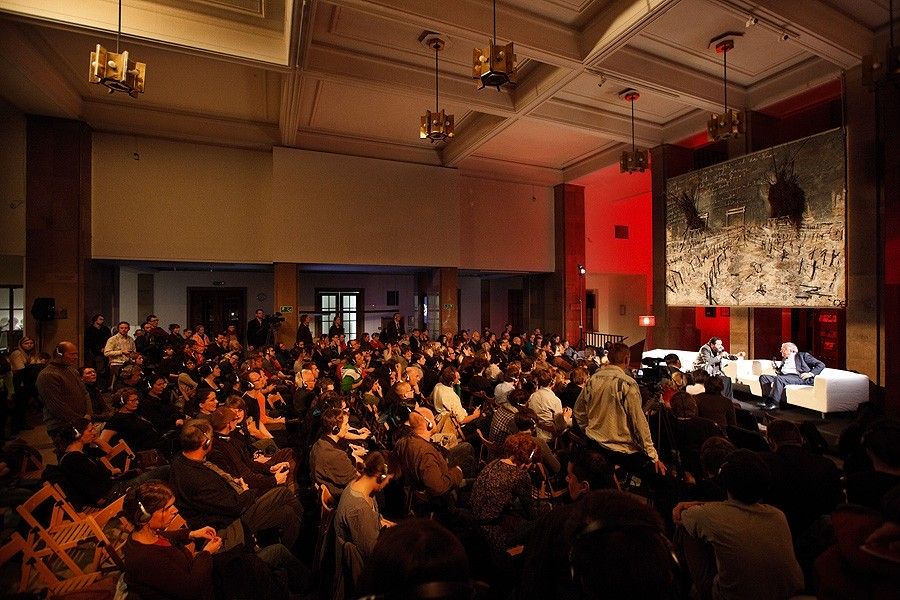 Renowned for his bold views, yesterday Lanzmann showed at Wawel with what consequence and commitment one can defend one's vision of history and become a guardian of collective memory. The meeting at the National Museum was a strong closing of the 2nd International Joseph Conrad Literature Festival. The heated and emotional discussion with the guardian of traumatic memory of XX-century history was hosted by Konstanty Gebert – a Polish journalist, essayist, translator of Jewish origin, president of the Association “Midrash”, whose father was the co-founder of the communist party in the United States of American years ago. This unique event was preceded by a screening of the acclaimed documentary by Lanzmann, dedicated to the figures of the Polish emissary of World War II – Jan Karski. The presence Kiefer's painting “Das Haar”, which constituted the background of the fascinating discussion about understanding the painful history, the screen set up next to it with the testimony of the XX-century painful history, and finally the conversation of two extraordinary individuals about languages in which we can speak today of “Shoah” – proved again how very multidimensional and complex the nature of any debate is when it comes to the subject of mutual responsibility, blame and historical responsibility.

Therefore, the debate at the National Museum was one of perhaps the most turbulent during the festival, it was a historical event in itself, in which irritation, excitement and a conflict of positions were present. Indeed, the meeting Gebert-Lanzmann resulted in a fairly sharp exchange of critical comments. Lanzmann suggested that if the meeting was led by someone of a different origin – it would have a somewhat calmer course. “Only a Jew would ask me questions like that” he commented. In talking about his latest paper, the French director stressed that the highest authorities of the USA were strongly anti-Semitic in those times and practiced censorship of information. “They were informed about what was happening in Poland, but they weren't passing this information onto President Roosevelt” he said. When asked why he did not include fragments of the interview with Karski in “Shoah” he argued that “they did not fit into the architecture of the film” and they would lose its moving force. The host of the meeting was trying hard to provoke Lanzmann to answer the question of what else Karski said during the interview, and what was not included in the documentary. Lanzmann, however, turned out to be a difficult interlocutor and did not answer, arguing that the film is his author's work, and the details of the interview with the Polish emissary are known only to him. The atmosphere of the meeting heated...
Gebert asked the French director is whether – in his opinion – Poland is “still on the dock against the war crimes”. Clearly agitated, Lanzmann responded: “You think I put Poland on the dock? That's definitely untrue. “Shoah” is not an anti-Polish film at all” he stressed emphatically in a resounding voice. He called Karski, and many other heroes of his documentaries, “wonderful Poles”. In concluding the meeting, about his most famous document he said: “I'm very proud and even a little cocky that I made this film”.

After the meeting, Lanzmann signed his latest autobiographical book entitled “Zając z Patagonii” (The Patagonian Hare), which just appeared in Poland. The French director will visit Warsaw and Lodz in the upcoming days.