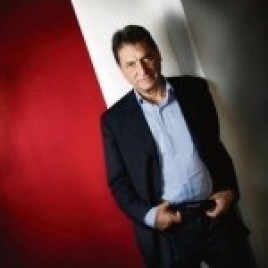 A prose writer, essayist, translator and expert in German studies, a professor of contemporary German literature at the University of Trieste. He is of Italian descent. He publishes regularly in renowned European magazines, such as the Italian magazine Corriere della Sera and the Polish quarterly Zeszyty Literackie. He has received many prestigious prizes, including Erasmus, Herder and Vilencio. In 2009 he received the Peace Prize of the German Book Trade, which is awarded annually at the Book Fair in Frankfort on the Main. The following of his books were published in Polish: Danubio (1990), Microcosmi (2002), Altro mare (2004), Alla cieca (2006), Illazioni su una sciabola (2009), Itaca e oltre (2009), L'infinito viaggiare (2009), Le voci (2010). Apart from the first two books co-translated by Anna Osmólska-Mętrak, all the other works were translated by Joanna Ugniewska in an outstanding manner. As regards the matter of literary creation, he is fascinated mainly with Central Europe as a place where various cultural influences intermingle. One of the examples of such multiculturalism is his hometown Trieste, to which Microcosmi is devoted. He is also fascinated with history observed from various perspectives and places where languages and traditions intermingle. In order to enhance this diversity, he makes use of various genres and combines them into a specific travel diary. Meeting with author will take place in International Culture Centre on 24th October.