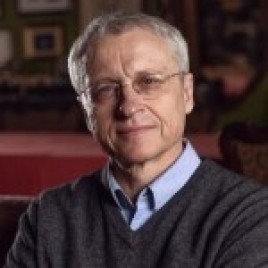 Writer, poet, publisher, and editor, expert in the field of media and social communication, awarded by the Solidarity underground for his poetry works. Since 1972, he studied Polish Philology at Jagiellonian University. As a poet, he debuted in 1978 in the underground quarterly Zapis, and that same year, he established the Sygnał magazine. Before 1989, he edited and published underground periodicals (Sygnał, Arka, and Świat) and books. He was also the publisher and editor-in-chief of the Czas Krakowski daily, the publisher of the Film monthly, the owner of a PR company, and a director in Polish Television. He was interned for his activity in anti-communist opposition on the 13th of December 1981, and in 2008, he was decorated with the Knight’s Cross of the Order of Polonia Restituta by the President of the Republic of Poland for the same reason. Beyond the reach of censorship, the following volumes of his poetry were published: To nie jest poezja (1980), Oddychaj głęboko (1981), Ogień. Z notatek 1982-83 (1983), and Drzewa (1987). In independent Poland, he published: Elegie z Tymowskich Gór (2008), Cantus (2009), Cień (2010), and Głosy (2012). Winner of the Kościelski Award (1983) and the Andrzej Kijowski Award (2010) for his poetry works. His publications were translated to German, English, French, Italian, Czech, Russian, Hindi, Portuguese, and Spanish. His last novel, Traces of blood, was published in 2013 by Wydawnictwo M. A meeting with Jan Polkowski will take place on 23rd October at 5:00pm in The pod Baranami Palace.Photo: Mateusz Adamczyk