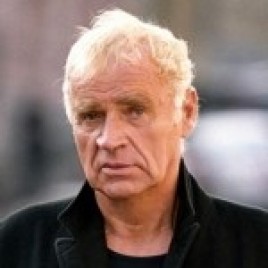 A dramatist, prose writer, columnist and the author of many film scripts (such as Andrzej Wajda’s The Hunting of Flies, Marek Piwowski’s The Cruise, and Janusz Morgenstern’s To Kill This Love). From 1964 to 1981, he was a columnist for Kultura weekly magazine. Since 1983, he has been permanently living in New York. He has lectured at Columbia University and at Bennington College. She has also worked as a visiting dramatist at the New York Public Theater, the Mark Tapper Forum in Los Angeles and the Atlantic Center for the Arts in Florida. A number of his articles and essays have been published in The New York Times. He is the author of several collections of short stories, including Wirówka nonsensu (The Centrifuge of Nonsense), Nowy taniec (A New Dance), Polowanie na muchy (The Hunting of Flies), Raport Piłata (Pilat’s Report), My Sweet Raskolnikow, and Coraz trudniej kochać (It Is Ever More Difficult to Love). He has also written two volumes of feature articles titled W nocy gorzej widać (One Can See Less at Night) and Powrót hrabiego Monte Christo (The Comeback of the Count of Monte Cristo), and the following novels: Moc truchleje (tells the story of the events that took place in the Gdańsk Sphipyard during the 1980 strikes as seen through the eyes of a worker there), Ostatni cień (The Last Shadow) published in 2001, and Good night Dżerzi (2010) – a book about Jerzy Kosiński – the controversial Polish writer and author of the famous The Painted Bird novel. One of Głowacki’s pieces that has attracted particular attention in American theatre circles was his play Hunting Cockroaches. Nevertheless, his greatest success in the field of drama came with a production of Antigone in New York. His plays have been performed on stages all around the world – from New York, Los Angeles, Las Vegas, Toronto, London, Marseille, Sydney and Bonn to Prague, Warsaw, Moscow, St Petersburg, Dagestan, Seol and Taipei. “Irony is Janusz Głowacki’s great passion,” wrote Jacek Szczerba in the Gazeta Wyborcza paper. Głowacki has just finished his work on a film script devoted to Lech Wałęsa – the leader of the Solidarity movement. The film based on this script is to be directed by Andrzej Wajda. Picture: Hanna Prus