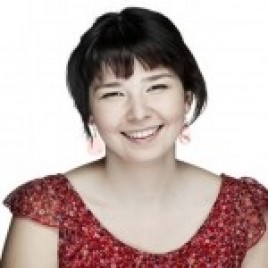 (née Madina Salamova) – A young writer of Russian descent born in Vladikavkaz, North Ossetia. Her father was a prominent businessman involved in North Ossetian political life. For political reasons and from fear of persecution, Maria Amelie’s family illegally emigrated to Finland and then Norway. After 8 years in Norway, Amelie had completed her studies and worked in the cultural sector – organising popular Scandinavian festivals. In 2010, she published her debut book entitled Illegaly Norwegian, sparking a media storm and nationwide debate on immigrants’ and refugees’ presence in Norway and Scandinavian countries. The bestselling book electified public opinion and divided Norwegian society into supporters and opponents of the writer’s deportation. Norwgian courts turned down all of writers’ numerous applications for asylum and individual examination of her case. Her exposure, consistency, the uncompromising claim for rights for herself and thousands of people like Amelie, as well as the media publicity and the importance of the book, all caused an immediate response from Norwegian immigration authorities. On the 12th of January 2011, Amelie was arrested during a performance at Fridtjof Nansen School in Lillehammer and spent 7 days in a prison for refugees. Despite huge media support, protests in the streets of Oslo and response from international media institutions, she was deported to Moscow. Before her case reached the media though, Maria Amelie filed an application with ICORN (International Cities Of Refuge Network) – a prestigious international association of cities offering asylum to writers who cannot freely live and create in their own states due to persecution. In late 2010, ICORN’s President Helge Lunde asked Mayor Jacek Majchrowski to invite the Norwegian writer to Krakow for some time. She stayed as a writer in residence at Krakow’s Villa Decius until March 2011. The writer used this time to procure appropriate papers to apply for asylum in Norway and finish her second book about her life after the arrest, covering her deportation and asylum seeking. After her return to Norway, Maria Amelie, along with director Nina Wester, launched works on a theatrical performance based on her first book. The play premiered in June 2011 and was a huge success. The writer met the audience at 3 pm on Friday, the 4th of November, at the Pałac Pod Baranami. The meeting was hosted by Łukasz Wojtusik, a TOK FM radio journalist.