a vocalist, an actor, a lyricist, and a performer 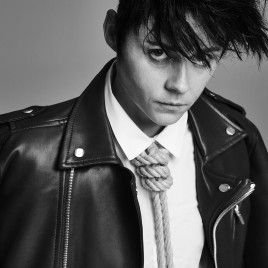 A vocalist, an actor, a lyricist, and a performer. For 10 years of her acting activity, she played a series of award-winning roles in works of most important theatre, film and TV directors. She collaborated, among others, with Jerzy Grzegorzewski, Piotr Łazarkiewicz, Agnieszka Holland, Jerzy Stuhr, Kazimierz Kutz and Krystian Lupa. Since 2005, she has focused mainly on her music career, which turned out to be her true passion and field of artistic success. She has recorded the following albums so far: Miasto mania (2005), Maria Awaria (2008), Jezus Maria Peszek (2012) and Karabin (2016). She has won many prestigious awards, including Polityka's Passport, Fryderyk statuettes, Wdech (Gazeta Wyborcza) and Fenomen (Przekrój). Since 2008, she has run her own programme Radio Maria in Radio Roxy.