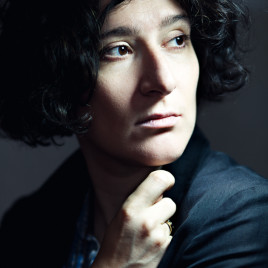 (born 1972) – Russian poet and journalist, graduated from the A.M. Gorky Literary Institute. She worked as editor-in-chief of OpenSpace.ru, a socio-political portal, as well as Colta.ru. She has been awarded many distinctions in Russia and worldwide, including the Andrei Bely Prize and the Joseph Brodsky Fellowship Fund. Her works touched upon the issues of Russian politics and the situation in Donbass, among others. Known as an outstanding poet, she writes equally interesting prose. Alone, Not Alone, Not Me, a collection of her essays, was published in 2014. Stepanova is also involved in journalistic work, writing articles for several publishers. So far, her poems have been translated into many languages, including Finnish, Hebrew, Italian, English, French, Serbian, Croatian and German. Stepanova’s book War of the Beast and Animals (translated by Zbigniew Dmitroca) and In Memory of Memory  (translated by Agnieszka Sowińska) have been published in Poland. The latter book was published in Russia in December 2017 and was almost immediately hailed by critics as the most important Russian book of the last decade.