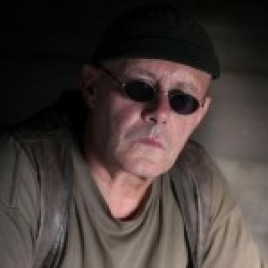 Journalist, writer, essayist, and traveller. After 1989, he decided to leave civilisation and settle in the north of Russia, where he has lived for over twenty years already. He described his experiences in travel essays on the pages of the Paris Kultura, Zeszyty Literackie, and Rzeczpospolita, which made up his debut. Since the late 1970s, he was a democratic opposition activist, co-founder of the Students’ Solidarity Committee in Wrocław, and in August 1980, at the Gdańsk Shipyard, he was a co-editor of Solidarity’s strike bulletin, the editor-in-chief of the Solidarity Regional Board Magazine, as well as Lech Wałęsa’s press spokesman for a short time. Co-author of Konspira: rzecz o podziemnej “Solidarności" (1984). Arrested in 1986, he was released after several months under amnesty. His books include: Wilczy notes (1998), Wołoka (2005), Dom nad Oniego (2006), Tropami rena (2007), and Lotem gęsi (2012). In 1997, he received the Zygmunt Hertz “Kultura” Literary Award, and in 2006, he was nominated for Polityka’s Passports. Honoured with the Officer’s Cross of the Order of Polonia Restituta. Mariusz Wilk will take part in a discussion with Andrzej Meller on 24th October at 12:00 in The Pod Baranami Palace.