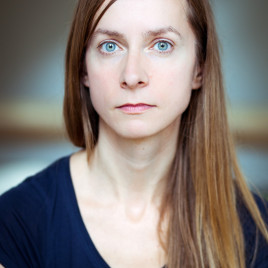 (b. 1979 in Stalowa Wola) – Polish comics scriptwriter. Since 2001, living in the Champagne region of France, for the past several years, also in Brussels.

She is the author of the autobiographical comics Marzi, which tells the story of 1980s Poland from the point of view of a little girl. To date, six volumes of the comic have been published by Dupuis, in Poland, three collected volumes, collecting volumes 1-6 of the original edition, have been published by Egmont. The comic is drawn by Sylvain Savoia, who is also Marzena Sowa’s life partner.

On the 10th of July 2011, she became the Ambassador of Stalowa Wola.

After the publishing success of Marzi, which has been translated into Spanish and English, she began collaborations with other illustrators, including Sandrine Revel, with whom she published a comic about growing up in the Stalinist era, as well as Krzysztof Gawronkowicz, with whom she worked on a comic about the Warsaw Uprising. The first volume of the series was published in August 2014.

Marzena Sowa is also a translator of documentaries.

She is also the author of two other comics for children. One, with a Polish illustrator, Berenika Kolomycka, is Tej nocy dzika paprotka [This Night, a Wild Fern]. The other, with French artist Aude Soleilhac, Histoire de poireaux, de vélos, d’amour et autres phénomènes [A Story of Leeks, Bikes, Love and Other Phenomena], which has not been translated. The comic about the Warsaw Uprising, created with Gawronkowicz is titled Uprising.