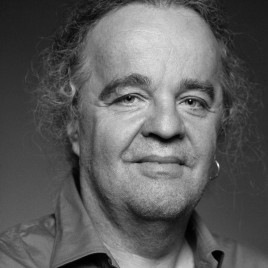 (born in 1966 in Sarajevo) currently living in Zagreb, Bosnian prose writer, poet and essayist of Croatian origin. He graduated philosophy and sociology from the University of Sarajevo. He debuted in 1994 with Sarajevski Marlboro, a collection of short stories, which, unfortunately, was still not translated into Polish, in which he presents scenes from life in war-torn Bosnia. One of the most important and most frequently translated writers of the former Yugoslavia. In his prose he often returns to the issue of difficult Balkan identity, as well as war and its memory. Many of his books have been published in Polish, including: Ruta Tannenbaum (2007), Srda śpiewa o zmierzchu w Zielone Świątki (2011), which brought him the Angelus Award, Wołga, Wołga (2014), Wilmowski (2016), Psy nad jeziorem (2017), as well as a collection of short stories Drugi pocałunek Gity Danon (2016). In 2017, his collection of articles titled Muszkat, cytryna i kurkuma. Spojrzenie z Zagrzebia was also published. In 2007, he also received the most important literary award in the Balkans, the Meša Selimović Award.