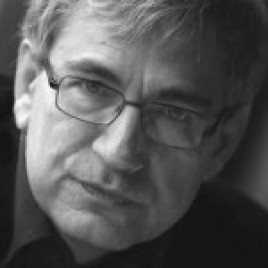 Born in Istanbul in 1952, Orhan Pamuk is currently one of the most important authors in the world. In substantiating their Nobel verdict in 2006, the Swedish Academy members wrote: “We have awarded an author who in the quest for the melancholic soul of his native city has discovered new symbols for the clash and interlacing of cultures”. Pamuk’s first novel, Cevdet Bey and His Sons, was published in 1982. The ones that followed, published in the 1980s and the 1990s consolidated his position. Today, the writer has some of the most prestigious literary awards to his credit, including Prix du Meilleur Livre Étranger, Premio Grinzane Cavour and the International IMPAC Dublin Literary Award. Elevens books by Orhan Pamuk have been published in Poland under the imprint of Wydawnictwo Literackie: Snow, My Name is Red, The New Life, Istanbul: Memories and the City, The Silent House, The White Castle, The Museum of Innocence, Cevdet Bey and His Sons, The Black Book and Other Colours: Essays, a Story abd The Naive and Sentimental Novelist. In Auditorium Maximum Jagiellonian University, on 24th October, he took part in meeting entitled: Other colours. Picture: author's archive