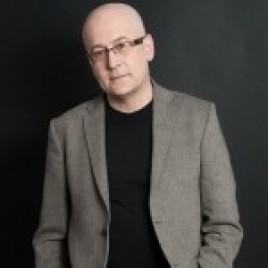 Art and literature historian, critic, publicist, curator. He studied Mediterranean archaeology at the University of Warsaw, where he also received his doctorate in the field of Old Polish visual poetry. He gave guest lectures at the American Rhode Island School of Design in Providence and Miami Ad School Warsaw. In 1990-1994 he was the editor-in-chief of the art magazine Obieg, he was the Chief Curator of Collections and Gallery at the Ujazdowski Castle Centre for Contemporary Art (1993-1996), in 1999 he was a member of the Art Council at the Ministry of Culture and Art, he was also a member of the Council for the Promotion of the Culture Foundation (1994-2005) and vice-president of the Polish section of the International Association of Art Critics AICA (1999-2003). Curator of numerous exhibitions, including for Zbigniew Libera, Magdalena Abakanowicz, Jarosław Modzelewski, Dick Higgins, Andrzej Dłużniewski, Maria Jarema, Stefan and Franciszka Themerson, as well as a number of group exhibitions. Co-organiser of the exhibition Design for Freedom – Freedom in Design. Polish graphic design 1981–2011, which took place in Berlin and Tokyo in 2011 on the occasion of the Polish Presidency of the European Union. Chairman of the Programme Council of the Foksal Gallery Foundation and deputy director of the National Museum in Warsaw. Author of six books, including the Obraz słowa. Historia poezji wizualnej (1989), Piramida, słońce, labirynty (2002), Nie gęsi. Polskie projektowanie graficzne 1919–1949 (2011) and over 150 articles, essays, texts in catalogues and reviews printed in Poland and abroad.