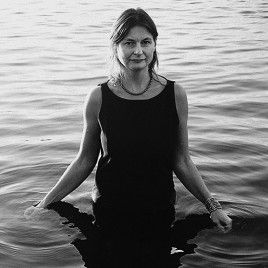 (born 1968) – Czech writer, scriptwriter, translator, journalist and literary scholar. She is the author of award-winning novels translated into many languages, including A já pořád kdo to tluče (2005) and Kobold. Přebytky něhy. Přebytky lidí (2011). Her Peníze od Hitlera appeared in Polish (2008). Three-times winner of the prestigious Czech Magnesia Litera literary award – in 2007 in the prose category(Peníze od Hitlera), in 2011 in the journalism category (the documentary novel Smrt, nebudeš se báti aneb Příběh Petra Lébla) and translation (translation of Herta Müller’s novel Atemschaukel). For her novel Peníze od Hitlera, she also received the German literary criticism award Usedomer Literaturpreis (2011) and the Georg Dehio-Buchpreis (2012), and in Poland, she was nominated for the Angelus Central European Literary Award. Her works have been translated into German, English, Slovenian, Spanish, Italian, Hungarian, Bulgarian and Polish.

In 2016, she was honoured with the Wald Press Award for her uncompromising approach to presenting difficult social and historical topics and for her unwavering commitment to the idea of humanitarianism in her work.