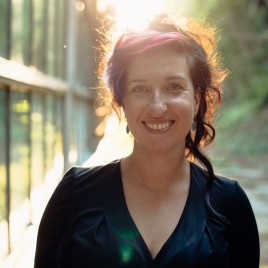 (born in 1979) – writer, playwright and columnist at Polityka, Pani, Wysokie Obcasy and Gazeta Stołeczna. Culture expert, a graduate of Gender Studies at the University of Warsaw. Doctoral student of the Institute of Polish Culture at the University of Warsaw. Warsaw city guide. Member of the Polish Writers’ Union and a women’s rights activist. She hosted Cappuccino z książką – a literary show in TVP Kultura. Currently, she is one of the hosts of Barłóg literacki. Her debut was the acclaimed book Pocket Atlas of Women, which was translated into many languages (Krakow, 2008). Subsequently, she released Dzidzia (Warsaw 2009), Cwaniary (Warsaw 2012), W krainie czarów (a collection of short stories, Krakow, 2014) and Jolanta (Krakow, 2015). She also published a detective story based on a true story, entitled Smutek cinkciarza (Warsaw, 2016), the unusual guide Warszawa kobiet (Warsaw, 2011) and a collection of articles entitled Mama ma zawsze rację (Warsaw, 2012), as well as interviews with combat sports athletes titled Kobiety, które walczą (2017). Winner of the 2008 Paszport Polityki Award, nominated for the Nike Award three times (in 2009, 2012 and 2015). In 2010 she was awarded the Social Nobel Prize by the Ashoka Foundation. In 2011, the artist was awarded the Polcul Foundation Prize for her social activism. Her books have been published in nine countries.

Bookshops: How to Save Oneself?