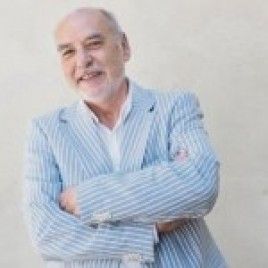 Born in 1944 in the Moroccan city of Fes. He is one of the best known living authors writing in French. He studied philosophy, sociology, and psychiatry. In 1971, he emigrated to France; two years later he published his first novel entitled Harrouds, acclaimed by Barthes and Beckett. He is the author of several volumes of poetry and several dozen novels, two of which, The Sand Child and The Sacred Night (Prix Goncourt, 1987) were published in Polish as a single volume, translated by Małgorzata Cebo (PIW, 1990). Excerpts of three other novels were published in Literatura na Świecie in the following issues: 7/1987 and 11-12/2003 (the latter also featured an interview with the author). In his artistic work, Ben Jelloun often refers to Arabic tradition, fairy tales, and legends, and at the same time raises touchy subjects, such as child prostitution, the problem of gender identity, sexuality, the social position of women, and immigration. In the autumn, the Karakter publishing house will publish a new translation of The Sand Child. On 26th October Tahar Ben Jelloun will talk with Małgorzata Szczurek, polish editor of The Sand Child, about his works