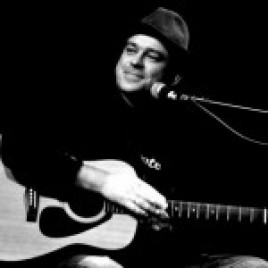 Rock singer, painter, graphic artist, poet. Graduate of the Nałęczów secondary art school, studied history of art at the Catholic University of Lublin for some time. Made his debut in 1984 as the singer of the Siekiera band that enjoyed a massive success at the Jarocin festival. In 1985, together with Robert Brylewski and Sławek Gołaszewski, he founded the band Armia, in which has been the singer. Since 1996, he has been performing with the band 2Tm2,3, which he started with Darek Malejonek and Robert Friedrich. In 2003, the Trupia Czaszka project was born – Budzyński is the singer and plays the bass. He has also produced several solo projects: Taniec Szkieletów (2002), Luna (2008), Osobliwości (2011), writing all the lyrics. Budzyński composed the music for the Iuvenilium Permanens performance staged at the Juliusz Słowacki Theatre in Krakow. His poems have been printed in the Tylko Rock and Czas kultury magazines. In May 2011, he was decorated with the Gloria Artis Bronze Medal for being Distinguished in Culture by Bogdan Zdrojewski, Minister of Culture and National Heritage. He is currently working on a book, Soul Side Story, to be published in the autumn of 2011.