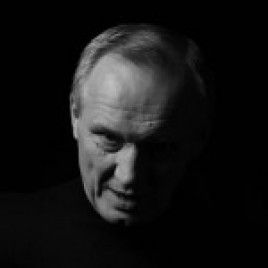 One of the most outstanding contemporary Belarusian poets, and a translator, social and political activist. His mother, Anastasia Mahier, was Belarusian, his father, Prakop, was Russian, who by labour order was forced to leave Russia in order to help set up a kolkhoz in the Smarhon area of the Hrodna district. In 1962–1964, he attended Minsk Technical College. He also studied at the Moscow Institute of Literature, and in 1973 graduated from the Minsk Pedagogical Institute. Subsequently, he worked on television and was on the editorial teams of various periodicals. Considered to be one of the most famous representatives of the traditional current in the contemporary poetry of the Belarusian Renaissance. From 1987–1999, Neklyaev was the editor-in-chief of Krynica, a magazine propagating a return to Belarusness. From 1997–1998, he was one of the editors of the Literatura i Mastactva weekly. From 1998–2000, he was the president of the Belarusian Writers’ Association. In 1999, having definitely broken his relationship with the authorities, he left for Poland, subsequently moving to Finland, where he lived until 2004. Until 2008, he was the president of the Belarusian PEN Club. Neklyaev published his first volume of poetry Adkryccio (1976). Subsequently, he published other collections of poetry: Vynachodcy viatrou (Inventors of the Wind, 1979), Znak achovy (Protection Mark, 1983), Miestnoje vremia (Local Time, 1983), Dierievo boli (Tree of Pain, 1986), Hałubinaja poszta (Pigeon mail, 1987), Tak (Yes, 2004), Kon (Dying, 2010). In 2008 he was a guest of the Polish PEN Club in connection with the publication of Nie chyliłem czoła przed mocą. Antologia poezji białoruskiej od XV do XX wieku and Suplement poetycki. Ze współczesnej liryki białoruskiej. Neklyaev is considered to be the Belarusian candidate for the Nobel Prize in Literature. On the 25th of February 2010, he became the leader of the Say the truth! social campaign. In 2010, he ran for the office of the Belarusian President as an independent candidate. On the day of the election he was beaten unconscious and subsequently abducted from the hospital by unknown individuals. He was a guest of the fourth day of the festival – the meeting with the poet was hosted by Adam Pomorski.