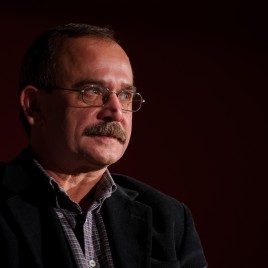 Journalist, long-time employee of the Polish Press Agency, former Gazeta Wyborcza publicist, correspondent for the BBC and Le Monde. He witnessed the most important political events of the turn of the centuries around the world. He reported on the downfall of the Soviet empire, the end of apartheid in South Africa, the merger of Hong Kong and China, wars, coups d’état, and the downfalls of dictators in Africa and Asia.

Author of books about the Caucasus (Dobre miejsce do umierania [A Good Place to Die], 1994; expanded edition W.A.B. 2005), Chechnya (Towers of Stone, W.A.B 2004/Seven Stories Press 2009; expanded edition 2008; international award Literature from the Front 2007 awarded by the city of Cassino, Italy), Afghanistan (Modlitwa o deszcz [A Prayer for Rain], W.A.B. 2002; nominated for the NIKE Award 2003, won the Father Józef Tischner Award, the Reader's Choice Award in the Podporiusz 2003 competition and the Amber Butterfly in the Arkady Fiedler Competition) and Uganda (The Night Wanderers, W.A.B. 2009/Seven Stories Press 2012). In 2018, his newest reportage was published, this time devoted to India - Na wschód od zachodu [East of the West].

His books have been translated into Italian, Spanish, English and Dutch.