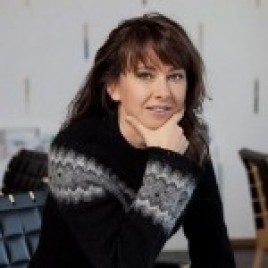 The Icelandic author Yrsa Sigurdardottir debuted as a crime writer in 2005 with Last Rituals which so far is sold in more than 30 languages. Her second crime novel on attorney Thora Gudmundsdottir, My soul to take, was published in 2006. My soul to take is already sold in 14 languages, including in the US, UK, Germany, Italy, Greece, Poland, Spain and Scandinavia. Yrsa's third crime novel, Ashes to Dust was published in 2007 and was a huge success. In 2008, her fourth crime novel, The Day is Dark, sold more than 10,000 copies in hardcover in Iceland - in only six weeks. Someone to Watch Over Me (2009) was also a success but in 2010 she broke her previous records when selling 16,000 copies in six weeks of I Remember You. Previously, Yrsa has written 5 novels for children and pre-teens, two of which have won Icelandic prizes for literature, in 2000 the IBBY award and in 2003 the Icelandic Children's book award. All of them are exciting and entertaining tales, bursting with humour and the joy of storytelling. She is married with two kids. Yrsa leads two different lifes; as a crime writer and a civil engineer. There will be a meeting with the author on 27th October at 2:00 pm in The Pod Baranami Palace.