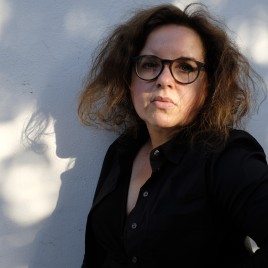 She is a laureate of the European Radio Deutsche Welle Award, the Jarosław Iwaszkiewicz Award and the Stanisław Piętak Award. The film Erna Rosenstein. Wieczność dla Nikogo, based on her script was awarded at the Krakow Documentary Film Festival (1995). The theatrical staging of her play Cukier Stanik directed by Agata Puszcza, won the Gold Remi Award at the Worldfest Independent Film Festival in Houston (2016). The premiere of her play Zucker Büstenhalter, directed by Imre Lichtenberger-Bozoki, took place in Vienna in 2017. Her work has been translated into German, Russian, French, Czech, Italian, English, Croatian and Japanese.