The reading lesson with Grzegorz Jankowicz

The reading lesson with Tadeusz Sławek

Who will run with me? A meeting with David Grossman

Robert Walser and Other Ghosts. Meeting with Matteo Terzaghi

Coprophags or hated, but indispensable

Coprophags or the Hated, but Indispensable

Politics of the Future. A Disagreement between Left and Liberalism

The Link Between the Days

The reading lesson with Jacek Dehnel

From one into another. On translation, on an example

Some Thoughts on Contemporary Photography - lecture by Michael Fried

Hakol Zorem, Everything Flows - a personal journey between literature and music

Hakol Zorem, Everything Flows - a personal journey between literature and music

The Battlefield. Meeting with Michel Houellebecq

The Man Who Sleeps

A Refugee from the Circumstances

(The Guardian and His Poet, 1978)
Directed by: Percy Adlon
Introduction: Susan Bernofsky
This movie shows the true story of an unusual friendship between the Swiss author Robert Walser (now considered as one of the most important German language writers of the 20th century), and the Zurich critic, editor and patron of art, Carl Seelig. Born in Biel on April 15, 1878, Walser, as a poet almost completely forgotten by the outer world, spends the period from 1933 to 1956 as a chronic schizophrenic in the Appenzell – Ausserrhoden mental home in Herisau, Switzerland. From 1936 on, Carl Seelig visits the poet two or three times a year to go on a day's walk. In 1940, Seelig, without Walser's knowledge, becomes the latter's guardian. The friendship lasts until the writer's death in the year 1956.
Free entrance card to be collected at the cinema box office on the day of the screening. 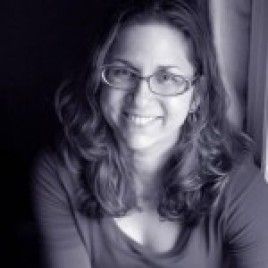 The Second Life of Opera. Meeting with Mariusz Treliński

The Trance. Meeting with Manuela Gretkowska

The Hygienists. Meeting with Maciej Zaremba

Odysseus’s Dog: an Essay for voice and double bass

Odysseus’s Dog: an Essay for voice and double bass

Out of the Head. Meeting with Janusz Głowacki