The Australian government began setting up centres for migrants on the Papua New Guinean island of Manus as early as 2001. In 2012, after a hiatus of several years, the camp started operating once again. People seeking asylum and treated under Australian law as illegal refugees were kept in these camps in horrifying conditions. For a long time, public opinion remained ignorant of the place. Behrouz Boochani, a Kurdish writer, spent five years as a detainee on Manus island. With the use of a smuggled in phone he reported on the events that he witnessed. His book No Friend but the Mountains is the voice of those who had been wronged. But not only that – at the same time it offers a thorough analysis of the neo-colonial system that has been responsible for the suffering of vast numbers of people in the 21st century. We will talk to the writer about systemic forms of enslavement and the need for a new decolonization policy. 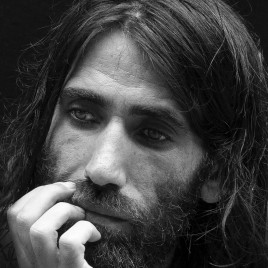